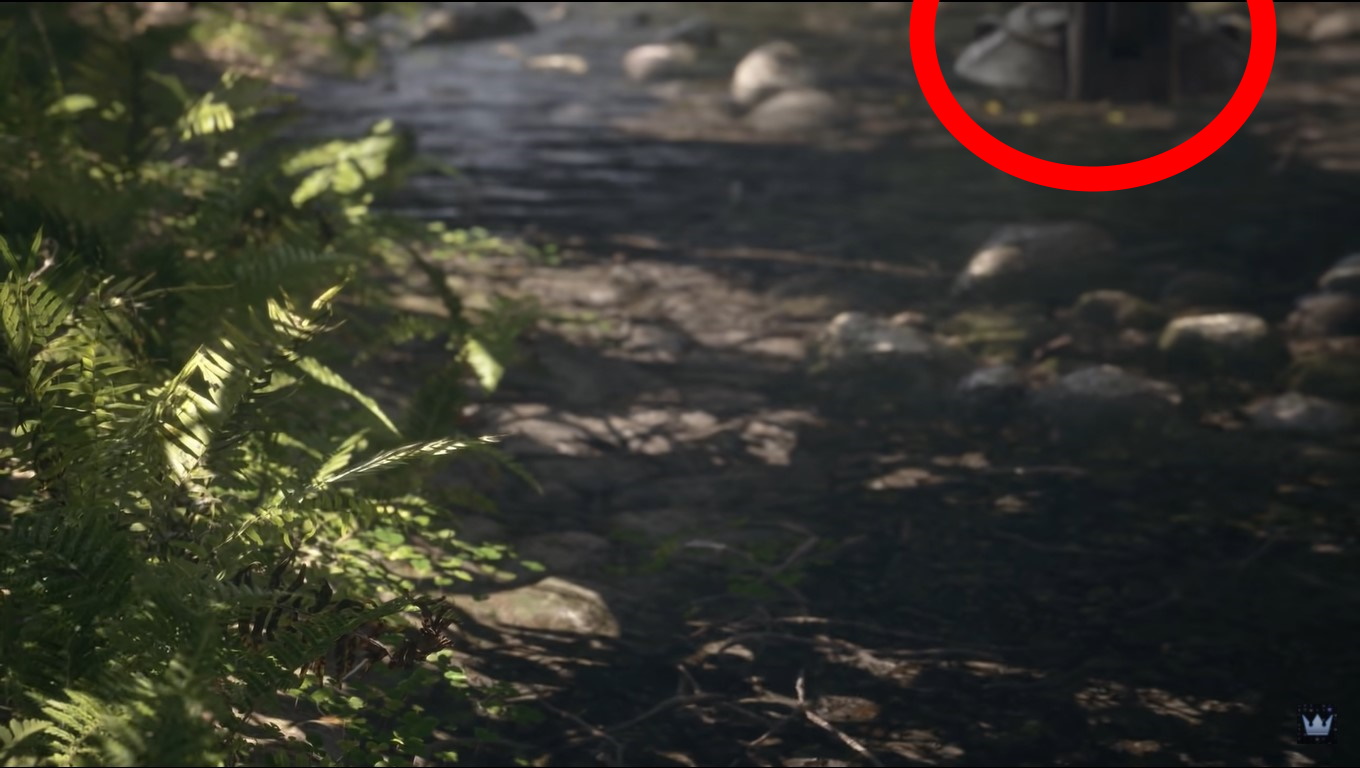 It looks like the Kingdom Hearts reveal trailer may have shown more than initially assumed, including what may be the forest moon of Endor.

Kingdom Hearts 4 may end up being the first entry in the series to take advantage of the fact that Disney owns Star Wars, as fans examining the initial trailer have discovered what seems to be an AT-ST (All Terrain Scout Transport).

It appears at the 4:42 mark in the reveal video (which includes more than just the trailer itself) and can be seen in the top right of the screen, as the camera pans up.

It’s blurry, but it certainly seems to be mechanical and many fans think it’s the back of an AT-ST’s foot. Which would mean that the forest area from the trailer is Endor (or rather the forest moon of Endor, although the movies are unclear on that distinction).

As soon as Disney bought Lucasfilm there were questions from fans as to whether a Star Wars world would be added, as it certainly wouldn’t be the first based on a live action movie.

The likes of Pirates of the Caribbean and Tron have already been in previous games, with characters like Sora, Donald Duck, and Goofy interacting with all the main characters.

In those instances, the movie worlds featured relatively cartoonish visuals, but then that wouldn’t be very different to how Star Wars was portrayed in Disney Infinity.

However, the trailer does have a much more realistic visual style than the other Kingdom Hearts games, which may in part be an attempt for the Star Wars content not to seem like such a stretch.

It’s worth bearing in mind that this is purely speculation at the moment, based on the back of what may or may not be a mech’s foot, but it does seem like the sort of secret hint Square Enix would want to throw in there.

And if it’s true, all of it, then it’s inevitable that fans will finally get the keyblade vs. lightsaber battles they’ve been waiting for.