Nomura has revealed that he's not sure if some of Kingdom Hearts' popular side characters will appear in Kingdom Hearts 4, as it's more focused on Sora's disappearance.

Thanks to how many side games there are in the series, Kingdom Hearts is absolutely stuffed with characters, to the point where there are several different trios separate from the core group of Sora, Riku, and Kairi. These side characters are just as beloved as the main ones, but they might not be making frequent appearances in the future of the series.

In a recent interview with Game Informer, Nomura was asked whether he expected characters like Roxas, Axel, Xion, Terra, Aqua, and Ventus to get popular through games like 358/2 Days and Birth By Sleep, and whether they can be expected to appear in Kingdom Hearts 4. Nomura replied that he didn't expect them to become as popular as Sora and Riku, and that the team is aware of the desire to see them in future games. 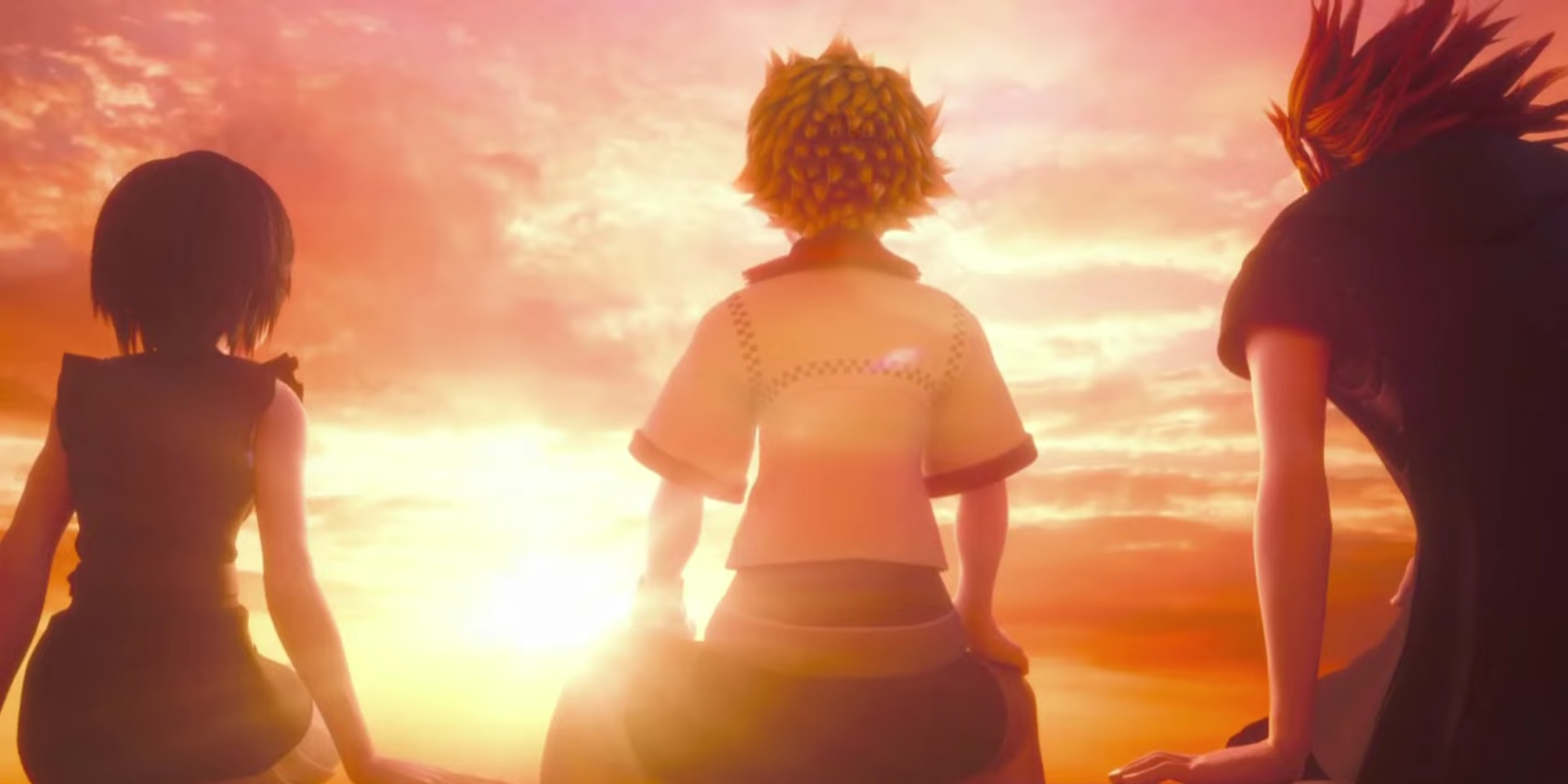 Nomura said, "I really didn't think that the characters from these two titles would become this popular. I had thought that players wanted to see more of characters like Sora or Riku. It was kind of unexpected that the characters from these two titles were so well received. As far as including them or continuing their story in Kingdom Hearts 4 … The story for Kingdom Hearts 4 is focused more on Sora’s disappearance.

He continued, giving a little bit of hope for those wanting to see some of the characters from the Xehanort Saga, "I'm not quite sure if there will be room to really explore the other characters’ stories as much, but I'm aware and the team is aware that these characters are very popular and people want to see more of them. So, if possible, it would be great to include more of them or continue to share more of their story in future opportunities."

When we last saw these characters, most of their stories had been finished. The Sea Salt Trio were all happily relaxing in Twilight Town, while the Wayfinder Trio was in the Realm of Darkness looking for a way to find Sora.

Related posts:
06/16/2022 News Comments Off on Kingdom Hearts 4 Is Focused On Sora’s Disappearance, Might Not Include Fan-Favourite Characters
Hot News
Sonic CD’s Voice Lines Have Been Removed In Origins, For Some Reason
Marina Probably Won’t Be The Villain Of Splatoon 3
walkers pharmacies
Skull & Bones Will Reportedly Be Re-Revealed Next Month
Source Of Madness: How To Play As A Generalist
Recent Posts