Kirby And The Forgotten Land's final zone, Redgar Forbidden Lands, features a range of levels set in intense, fire-scorched environments. In the level "Conquer The Inferno Road," you'll need to guide the tenacious hero Kirby through crumbling industrial environments that are ominously adjacent to large lakes of lava.

Where To Find The First Windmill Switch 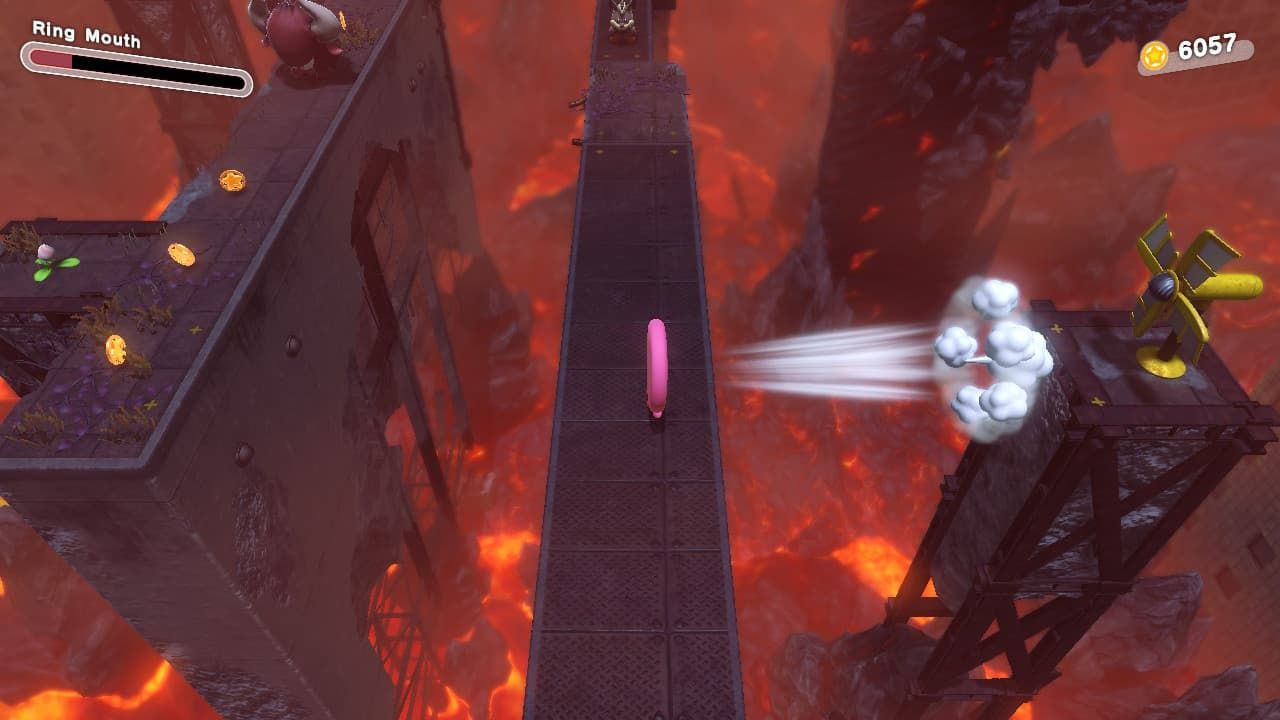 The first Windmill Switch in "Conquer The Inferno Road" can be found over halfway through the level after you've already ascended the tower and defeated the boss in the first section. Shortly after you obtain the ring mouthful mode, you'll soon notice the first switch on a platform to the right of the rotating platform. Blow into the windmill using your mouthful mode to proceed.

Where To Find The Second Windmill Switch 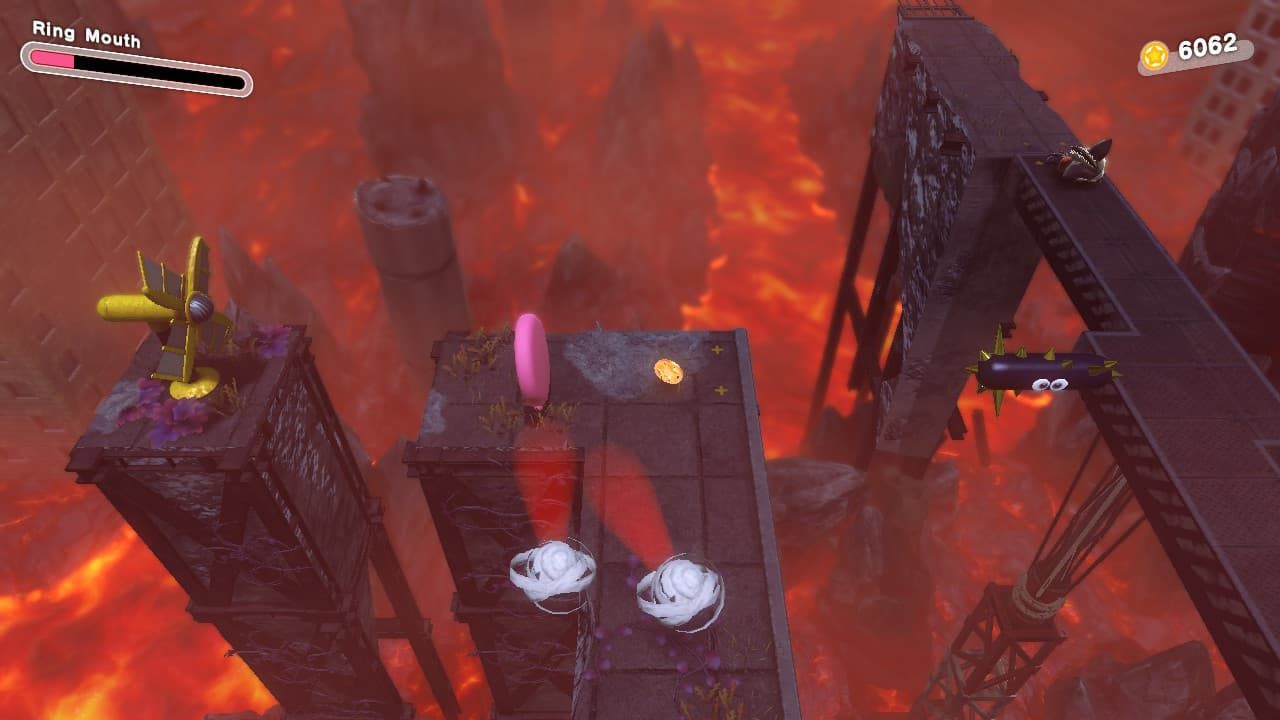 The second windmill switch can be found in close to proximity to the first. Walk to the end of the rotating platform shown in the previous image, then go to the west when it eventually rotates in this direction. Follow the path along and blow air into the flying enemies that pursue, finding the second windmill switch at a sharp left turn at the end of this platform. Blow air into it to turn it on and proceed back to the rotating platform in the center.

Where To Find The Third Windmill Switch 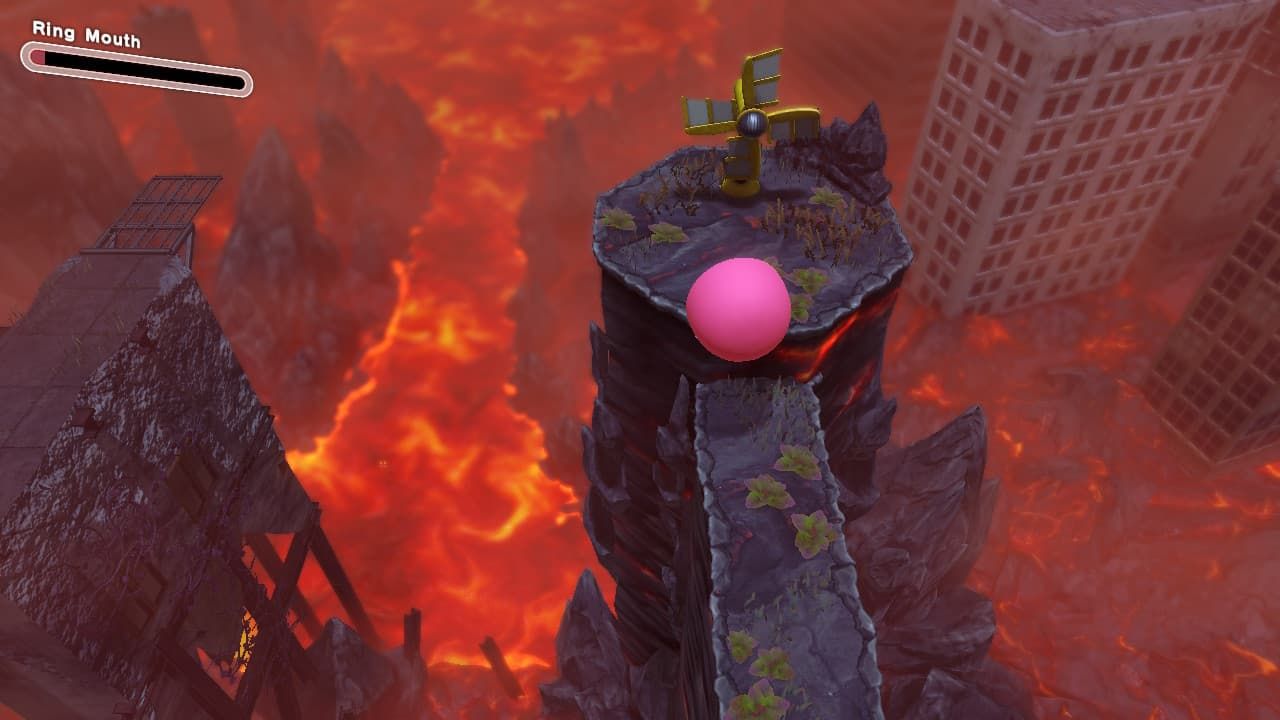 After returning to the rotating platform, you'll need to go west after it rotates in that direction, and follow the western path round until you reach the third windmill switch at the end. Blowing into this switch will create a block path that will in turn lead you to a ledge, which you'll need to jump from to proceed to the next area of the stage. In this next area, you'll be navigating Kirby on a boat using the ring mouthful mode, so make sure to keep hold of that ability!

Where To Find The Fourth Windmill Switch

Carefully angle your boat in front of the switch and rotate Kirby on the boat to blow the final windmill switch, completing this objective in your mission checklist.