OHHHH YEAH!!!!! The Kool-Aid Man is the latest addition to the Funkoverse line of mini-pop figures, and easily one of my favorite characters in the game.

The Kool-Aid Man is the second stand-alone character to join Funkoverse, after the recently released Aggretsuko figure, and as such, doesn’t come with his own board the way Base Game and Exandalone boxes do. Instead, the Kool-Aid Man comes with some magic Kool-Aid colored victory points, some tokens, and the coolest mechanic Funkoverse has ever added to the game: busting through walls.

That’s right: The Kool-Aid Man has the power to breakdown barriers and move through solid walls! Not only that but the walls he breaks down stay smashed semi-permanently. The Kool-Aid man can use his ability “HEY KOOL-AID!” to move 3 spaces towards an ally, even if through walls, or his ability “OH YEAH!” to Move 1, Challenge 3 through any wall. The gap Kool-Aid Man creates by moving through walls is represented by a rubble token, and any character from either team is free to move through the broken wall after Kool-Aid Man. Kool-Aid Man’s other ability “SPLASH ZONE” allows him to Challenge 3 every adjacent rival. 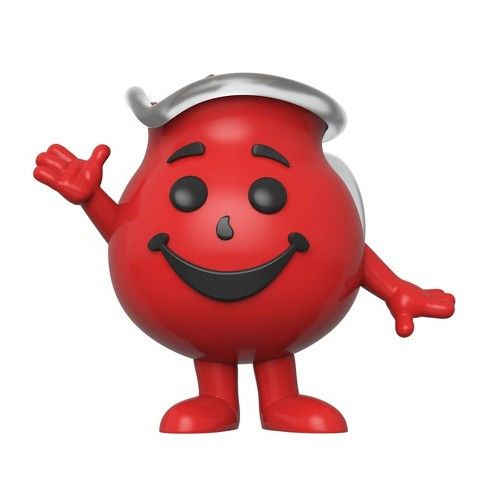 The Kool-Aid Man’s abilities make him a fantastic tank, similar to the T-Rex from the Jurassic Park Base Set. The tips and strategies booklet that comes with the Kool-Aid Man recommends that you pair him with characters that use the same color abilities (red and blue) so that all your characters can use their abilities more often. It also recommends pairing Kool-Aid man with a character that can help him escape being surrounded after using SPLASH ZONE. Even an item like the Binoculars would be a great tool to help protect Kool-Aid Man from danger. 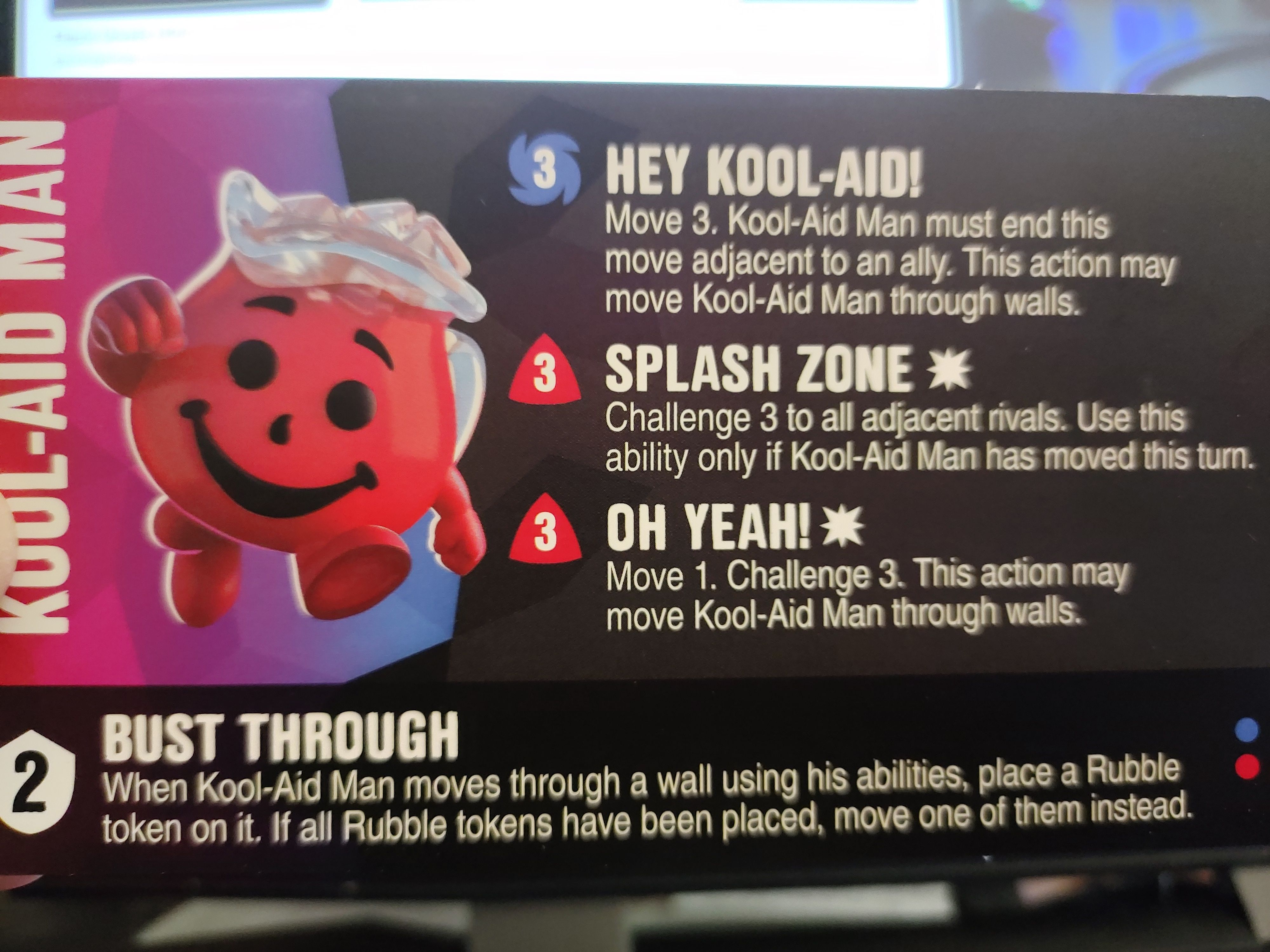 Funkoverse is a strategy board game that uses miniature Funko Pop! figures as the game pieces. The game is for 2-4 players and is sold in a variety of Base Set and Expandalone game boxes. Currently available sets include DC Super Heroes, Harry Potter, Jurassic Park, Rick & Morty, and The Golden Girls. Every version of Funkoverse is compatible, so whether you start with Harry Potter or The Golden Girls, you can combine any characters together for an action-packed good time.