Last Energy has raised $3 million in funding to fight climate change using a very controversial tactic: building nuclear energy plants. The company, which is spinning out of a research think tank, is making open-source designs for compact nuclear power plants that cost a lot less than versions from decades ago.

It’s the brainchild of Bret Kugelmass, a Silicon Valley technologist who went to Washington, D.C., to start a research nonprofit called the Energy Impact Center (EIC), which hopes to use clean nuclear power to decarbonize the environment by 2040. First Round Capital led the funding for Last Energy, which is creating a platform called Open100 to provide what other companies will need to make better nuclear power.

In an interview with VentureBeat, Kugelmass said he realizes nuclear power is controversial, as we all have some kind of fear of being irradiated. But Kugelmass says that nuclear power is the only way to make a huge difference in global climate change. And his plan addresses a lot of problems, starting with simpler plants that cost $300 million, rather than billions of dollars in years past.

Kugelmass said that it’s not enough to clean the electricity sector. He argues that future energy production must produce industrial heat, clean fuels, and power the direct air capture of legacy emissions as well. In other words, it’s not enough to slow down pollution that is producing climate change. We have to reverse this pollution.

Kugelmass studied robotics at Stanford University and he started one of the early drone companies, Airphrame, which he sold in 2017.

“As I was figuring out what my next move was, we learned the atmospheric concentration of carbon dioxide had crossed 400 parts per million, which was a big moment for everybody,” he said. “It became clear that anyone who has the time should be focused on it. That’s what I did, starting the Energy Impact Center. We met with a bunch of climate scientists and drew up some early conclusions that we felt like weren’t in the sphere of what people talked about.”

To address the challenges, the EIC team conducted a review of the nuclear industry, conducting over 1,500 interviews with experts across technology, industry, economics, policy, and more. Contrary to popular rhetoric, Kugelmass said he didn’t find an industry lacking in advanced technology or restrained by public opinion, but rather a sector that was ruined by cost overruns.

He added, “Everyone’s like, okay, let’s just get the zero emissions, then we can worry about negative emissions. But when we were talking to scientists and energy experts about this, we’re learning that negative emissions are going to require a ton of energy. And energy has a carbon footprint. So like, it is possible that it might not even be possible for it to go negative with other energy sources. We saw that nuclear was the only energy source that we could use to pull carbon from the air. We came to that conclusion in 2017, and so we spent two years exploring it as a solution.”

They figured that uranium produces three million times as much energy as coal, and there is more uranium than coal in the world.

“And yet the nuclear industry is just been suffering all these years and not certainly grown,” he said. “To make an impact, we decided we had to go beyond research stage, and actually bring a solution to the world based on what we find. And that brings us to today.”

Instead of building bigger or more complex projects, Kugelmass wants to save money by going back to a simpler, more streamlined process and adopting today’s best practices in construction — focusing on standardization and speed of delivery. And he notes that these plants can’t be used to make nuclear weapons. Their sole purpose is providing energy.

The plan for implementation 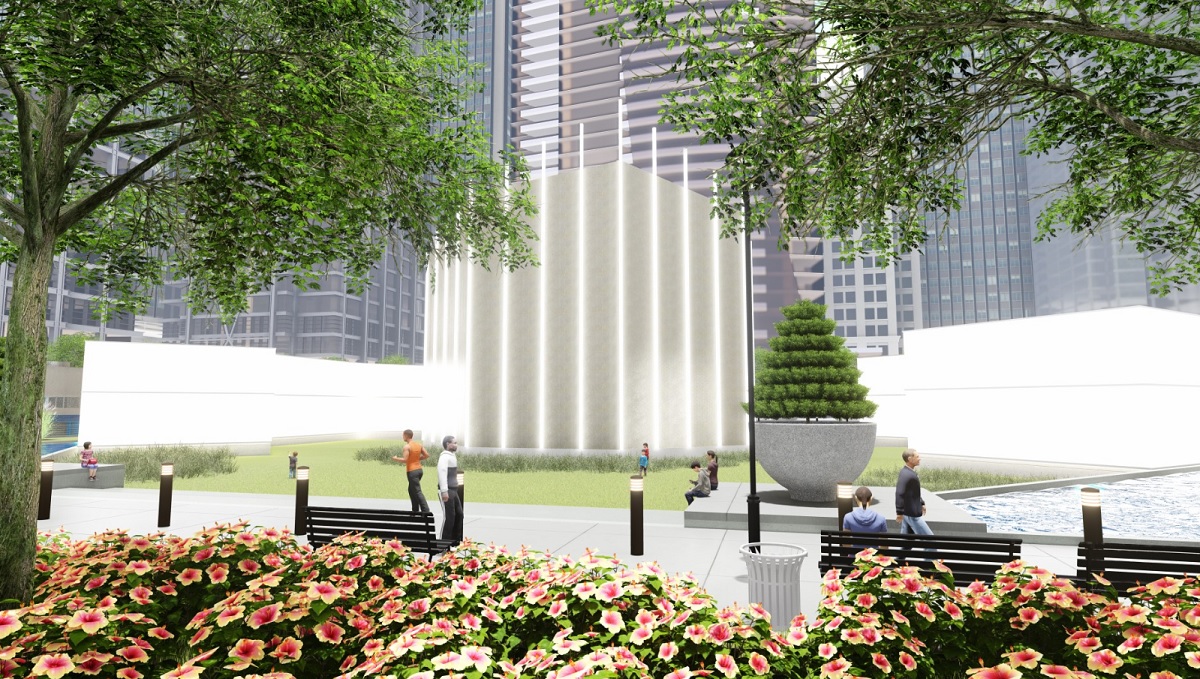 Above: Can simpler nuclear power plants decarbonize the world?

Over the past six months, the nonprofit EIC engineering team created a template for open-source designs for building nuclear power plants. Open100 is a platform that provides engineering schematics, a construction schedule, and detailed economic analysis.

EIC favors standardized pressurized water reactor (PWR) power plants, which can produce 100MWe (megawatts electric) output to fit within project finance and timetable constraints. It is detailed enough for any utility to begin early site studies with plus or minus 20% cost predictability. It is abstract enough to allow for site-specific engineering details to be added, with a $50 million dollar budget allocated per plant for such efforts.

Going forward, the model will be continually refined and pressure tested through EIC’s collaborations with the U.S. Department of Energy’s National Laboratories and other international and industry partners. The company will work with international utilities, and it is meeting with them now so they can adopt the open-source template to deploy more nuclear power plants. The company is targeting utilities, equipment vendors, reactor designers, investors, and governments. The parties can license the designs from the for-profit Last Energy.

Last Energy aims to connect private capital with development opportunities around the world. The company has eight employees.

“Anyone can download these files and immediately start nuclear development projects across the world,” Kugelmass said. “And we’re also publishing all the economics along with that as well, to prove this really is the cheapest energy source, and anyone can have it everywhere and decarbonize the grid in just a matter of few years.”

Part of the problem with nuclear energy is that the power plants eventually have to be shut down, and then you have to contain the reactor and store the waste. But Kugelmass believes the lifespan of the latest designs will be much longer. These simpler designs don’t carry as much technology risk, and they can be built quickly enough to address the urgency of climate change.

“We can’t wait 10 years to start decarbonizing the globe,” he said. “And this technology is robust and works now. It can be built cheap.”