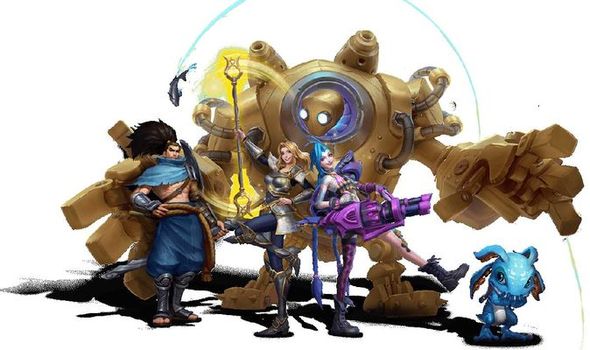 Riot Games has a number of big release dates planned for 2002, with League of Legends Mobile at the top.

The only thing that might top it would be the release of LoL Wild Rift on consoles, although that appears to be further out.

Riot Games have yet to share a solid release date for League of Legends Mobile and there’s probably a very good reason for this.

As LoL fans have witnessed with the launch of Legends of Runeterra and Team Fight Tactics, Riot Games isn’t prone to quick turnarounds.

These other projects have taken plenty of time to become available to everyone and set a marker when it comes to what to expect for LoL Mobile.

TFT is coming to Mobile platforms in March 2020 and could provide us with a look at how the League of Legends Wild Rift launch will be handled.

Even at this late stage, Team Fight Tactics Mobile has not been confirmed a release date for next month.

But we do know that some lucky gamers are getting early access leading up to the final launch.

Riot Games confirmed earlier this month: “Teamfight Tactics is coming for your phones in March, but for a few of you, it’s actually coming a bit sooner.

“Over the next few weeks we’ll be testing the mobile version as a closed beta in a handful of countries around the world.

“If you see a friend, family member, or dog playing TFT on their phones, do not be alarmed: They’re probably in one of the test countries.

“The beta will expand a little bit over the coming weeks. However, as we mentioned at the start of the year, we’re still aiming to get the first big group of folks mobile access for the first time in March. The details on that launch will come later.

“As a reminder, if you’re on Android you can still pre-register in the Google Play Store.”

Riot Games has also confirmed that TFT will be a cross-platform game with shared inventories, progression, and rank.

The play experience will vary slightly, but Riot Games are doing as much as possible to make things run smoothly on all platforms.

Looking at how Riot Games is scheduling the launch of TFT should give a few clues to how we can expect the League of Legends Mobile release date to be handled.

Fans can probably expect a launch date to be announced in the coming months following a time period of closed beta testing, like with Legends of Runeterra.

This will probably move onto a few open tests on chosen weekends, followed by the announcement of the release month. But it wouldn’t be surprising to find that fans will have to wait longer for the actual release date to be revealed for Wild Rift.

For the time being, we’ve probably only just reached the closed beta stage at best, meaning the big release date announcement is still some way off. And there will be differences between LoL Mobile and titles like Team Fight Tactics.

As many gamers will remember from the original announcement, Wild Rift will not cross over with the original LoL experience.

League of Legends Wild Rift is to launch on mobile devices in 2020, with consoles set to follow at a later time.

Console versions will follow and it sounds like they won’t be arriving until 2021, so perhaps a new game for the PS5 and Xbox Series X.

But at the very least, it sounds like LoL Mobile will be available everywhere in the world by the end of 2020.

And fans will be hoping for a Spring update regarding the Wild Rift project, following the release and rollout of TFT Mobile.

Related posts:
02/24/2020 News Comments Off on League of Legends Mobile: LoL Wild Rift to follow TFT Mobile release plan?
Hot News
What I’d Like To See In The New Open-World Star Wars Game
voltaren injection dosage
Kommentar – Streamerin mit Live-Morddrohung erpresst: Es widert mich an!
FIFA 21 – Bruno Fernandes, Higuain und Co.: Das sind die besten SBCs – FIFA
Streit in Großbritannien – Epic Games verklagt Apple und Google
Recent Posts
This website uses cookies to improve your user experience and to provide you with advertisements that are relevant to your interests. By continuing to browse the site you are agreeing to our use of cookies.Ok