The emo Yordle of League Of Legends, Vex controls both the Mid Lane and Support roles with her mixture of crowd control and long-range harass. Seen as a safe laning option, she also possesses fantastic roaming potential, and can easily snowball via landing some well-placed Ultimates.

This guide will provide an overview of Vex's abilities and preferred playstyle as a Mid Laner, as well as recommend summoner spells, rune pages, and item builds. 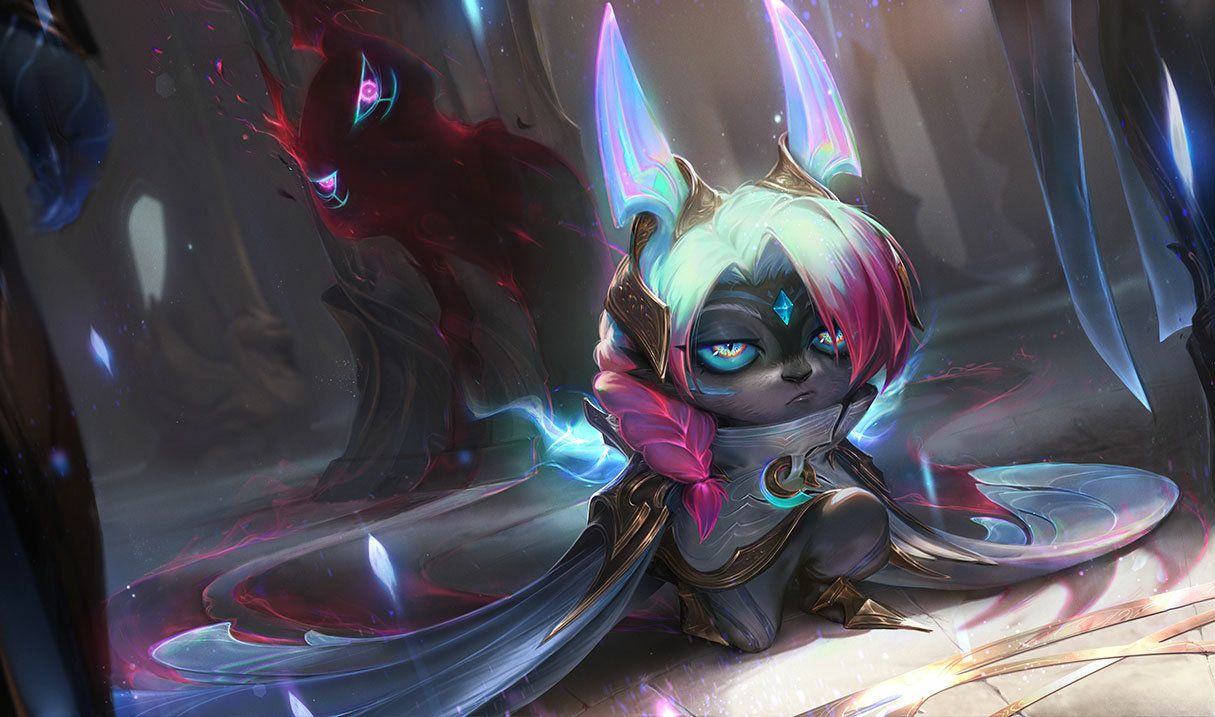 Maxing Mistral Bolt (Q) first is important, as this is your main damage source, and you will want it to be up in most situations. Personal Space (W) is maxed second for extra damage and shielding, with Looming Darkness (E) leveled last, as the primary use is for crowd control.

For your summoner spells, Vex will take:

Vex is a strong laner, and can be played into aggressive Assassins and Control Mages with few problems. Her mixture of long-range offense and crowd-controlling defense allows her to both poke and escape if engaged upon, and she is a great champion to play in unfamiliar matchups, as you always have a variety of options at your disposal.

Try to harass the enemy Mid Laner with Mistral Bolt, and once you hit Level Three you have a great all-in combo to burst down a target. Proccing your Doom fear with Looming Darkness sets you up for an easy-to-land Mistral Bolt, and you can follow up with Personal Space for extra damage.

You have a semi-decent wave clear, and don't be afraid to spend some mana to prevent being pushed under turret. Keep a side bush warded with your trinket, and be aware that while you have strong crowd control and damage, you are low on mobility, and may struggle to escape fast Jungle ganks.

Once you hit Level Six, your roaming is enabled. Push out your wave and look for opportunities to move to either Top or Bot Lane. Leading with Shadow Surge gives you a long-range engage from over terrain, and if missed, you can safely return to lane without heavily committing to your gank.

When travelling back to your lane from base you can also look for Shadow Surge opportunities, as your opponent may be focused on clearing a wave.

Difficult champions to lane against:

Coming out of the laning phase, you will possess varying degrees of strength. If you were able to secure some kills when roaming, then you could be in a very strong position to start making picks. Vex deals fantastic damage and can delete a squishy enemy carry, so be aware of your damage potential and if any enemies become isolated, you can start making moves to pick them off. Letting a teammate engage increases your consistency, as Shadow Surge can be landed more easily.

If you had a rough lane, then you should try to play more conservatively, staying with your team and supporting them in fighting over Dragon and Baron. Keep up your wave clear and try to bring yourself back into the game via minion kills, but be aware enemies may target you if you overextend. Vex is strong when engaging but can sometimes struggle when engaged upon, as her Ultimate has very little use when trying to escape.

When the game reaches its latter stages, you will typically have secured most, if not all of your items, and be nearing your maximum power level. At this point in the game, it is often preferable to allow your teammates to engage and focus on your positioning so as not to get caught out. Vex has decent teamfight utility, especially if you can land a multi-enemy fear with Looming Darkness, but you won't have the durability to survive an enemy dive, and your best role is as a follow-up damage source.

Thanks to Vex's long range, you can afford to sit quite far back in your team, giving yourself space and time to decide on the best course of action. If the fight starts well then attempting to fly forwards with Shadow Surge can be a great choice to secure kills, as the enemies should be in varying states of being crowd controlled

If the fight outcome is not so clear-cut, then you should try to play more defensively, throwing out abilities for damage but retreating to a safe position afterward. As a Burst Mage, Vex is extremely weak if her abilities are on cooldown, and you need to play around what you have up at a given time. Overcommitment with an all-in can be disastrous, and sometimes the best play is to deal as much damage as possible before preserving your own life by kiting backward. After your initial burst, you will struggle to output consistent damage, but you will often be unsuccessful in escaping, because of your lack of mobility.

Many factors will contribute to whether you commit to your full combo, and a lot of the challenge with playing Vex comes with the understanding of when is the best time to go in, and developing restraint when it comes to your engages is an important element in maximising the champion's potential. 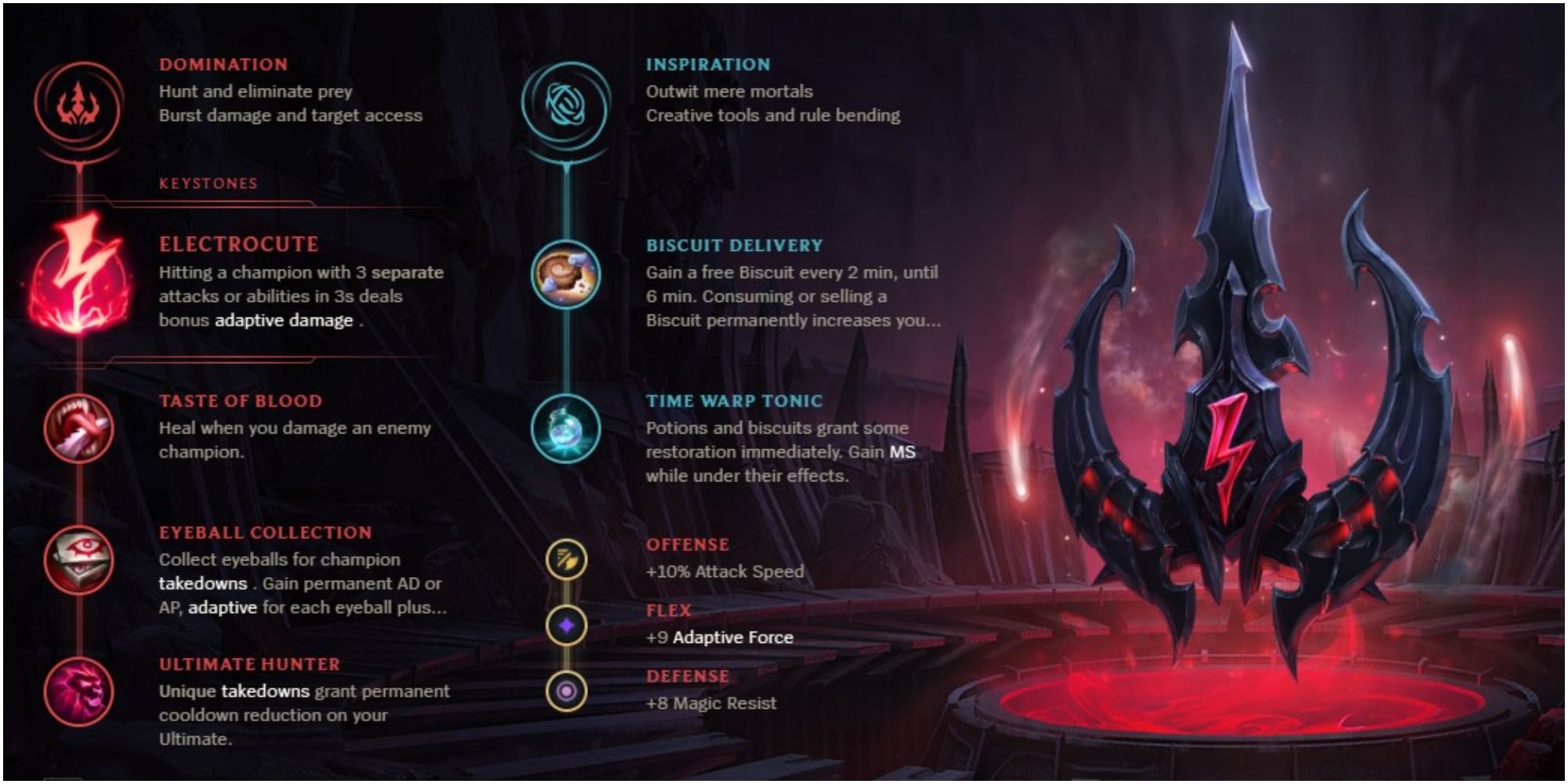 Vex has one standard rune page, focused on providing her lane utility and improving her burst damage throughout the game. Electrocute synergises well with Vex's playstyle, as you will want to be landing multiple abilities in a short space of time. 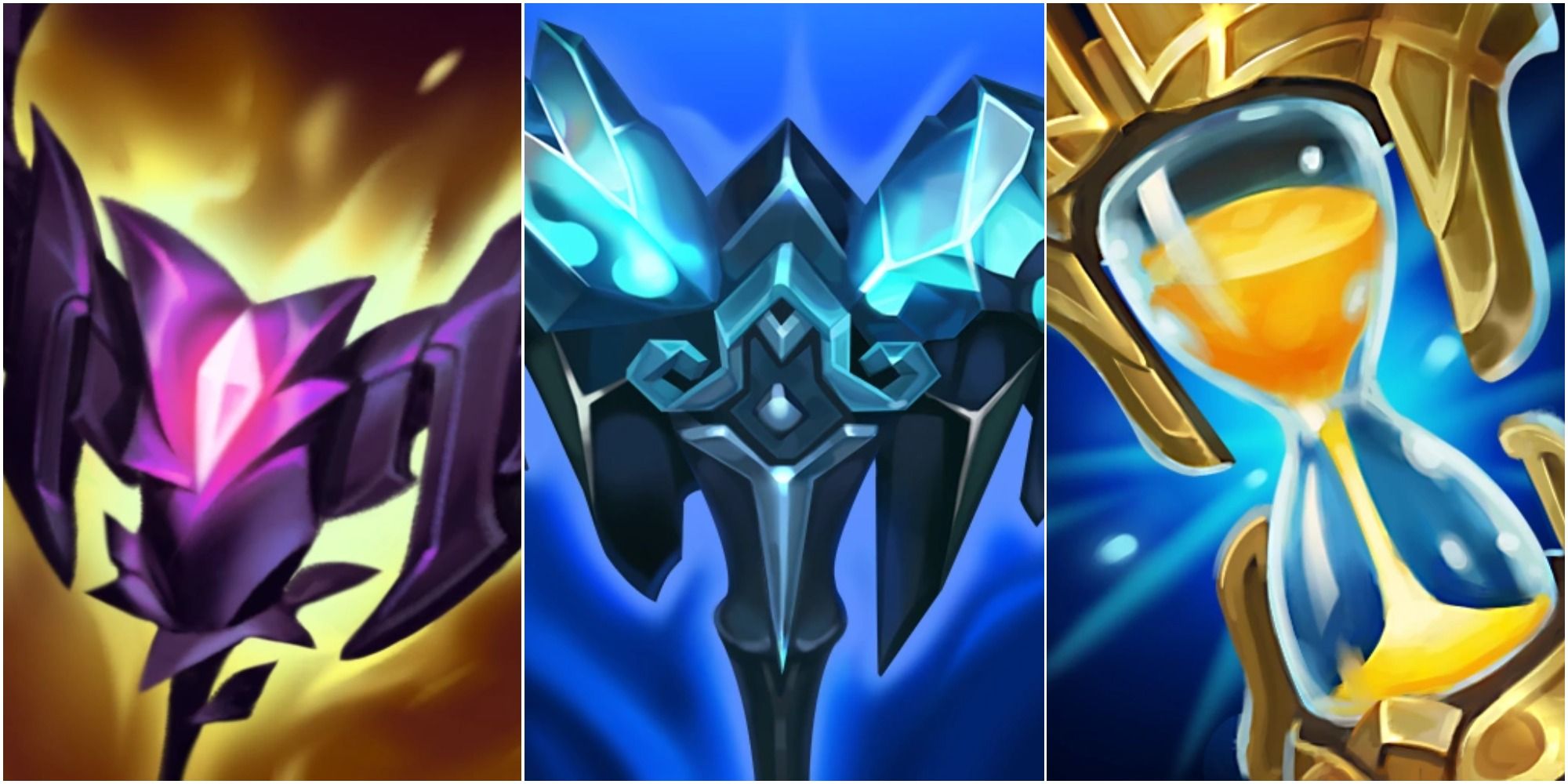 When playing Vex, Everfrost is almost always your preferred Mythic Item. It not only provides excellent damage but grants Vex a crowd-controlling active, allowing her to root or slow enemies caught in a cone. This can allow you to more easily land her ability combo, or run down/escape enemies.

The rest of the build is focused on increasing Ability Power or Magic Penetration, with Zhonya's Hourglass providing a strong defensive active. Vex has some room for situational items, and you can round off your build according to the needs of the game, whether it be anti-healing with Morellonomicon or more damage for yourself with Void Staff, Mejai's Soulstealer, and Rabadon's Deathcap.