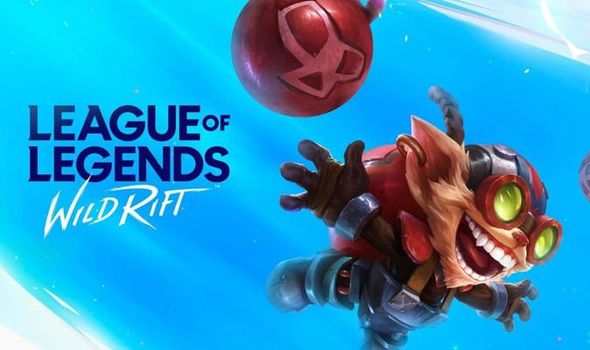 Riot Games has confirmed that League of Legends Wild Rift Season 1 has a release date set for Friday, January 8, 2021.

This event will mean downtime for ranked modes in-game, and it sounds like it could some time for everything to get back online.

It’s unclear on the exact timing, but it wouldn’t be surprising to find out that these changes will come after this week’s big League of Legends reveal.

This will be made available via a new League of Legends Livestream, which kicks off later this week on Twitch and YouTube.

For those hoping to tune in and watch the League of Legends Season 2021 preview, the event will be kicking off on Friday, January 8 at 15:00 GMT.

And it won’t just concern League of Legends players on PC, with news being teased for all Riot’s latest releases.

A short teaser trailer has been released before the event, with fans focusing on just a few short lines featured near the end, that starts: “…He’s close…Ruination…Viego…”

So more news regarding League of Legends Wild Rift is also expected to be announced during the event.

This could mean a final release date for Wild Rift, and more news on its console launch plans.

Here’s what we know so far about this week’s Season 1 Wild Rift release, with Riot Games telling fans:

“Players who participated in Season 0 will receive ranked rewards after the season ends (a participation icon for everyone and a player emblem for those who hit Gold and above). There will be a soft rank reset for Season 1, and Ranked mode will be unavailable for 3-4 hours while we transition between seasons.

“We also have our first Glorious skin, Glorious Tryndamere, up for grabs for those who make it to Gold as well. They never stood a chance!”

And an earlier message regarding how ranked matches work in League of Legends Wild Rift can be found here:

“New players may be surprised to see that our ranked offering starts out with a draft mode, right from the very first game. We feel strongly that this sets expectations of what ranked play is in Wild Rift and provides a more consistently competitive experience throughout your ranked climb.

“Instead of position select, we’ve optimized our matchmaker to build teams with as wide a mix of preferred positions as possible.

“Behind the scenes, it’s constantly looking at where you play, and putting teams of different preferred positions together. We think getting into the game quickly is super important for Wild Rift, but if the matchmaking system isn’t performing up to snuff, we will make changes to hit the position and champion agency you expect.”

Related posts:
01/08/2021 News Comments Off on League of Legends Wild Rift Season 1 release date ahead of big LoL update
Hot News
The Witcher’s Netflix Prequel Series Reveals First Cast Member
Skyrim Windhelm Guide: Merchants, Loot, Quests, And More
New Gameplay Today – Cyber Shadow
non prescription bactrim
Hitman Is The Perfect Game After A Long Day
Recent Posts
This website uses cookies to improve your user experience and to provide you with advertisements that are relevant to your interests. By continuing to browse the site you are agreeing to our use of cookies.Ok