Star Wars is far from being a “new” property for the ever-popular LEGO games that have periodically given popular franchises the LEGO treatment. Although there is ongoing and continued interest for additional series to be turned into a LEGO game, some of the most successful ones include such as Harry Potter, Jurassic Park, Indiana Jones, and more.

Often within these games, there are reoccurring elements such as Extras – these are exactly what they sound like; features and options that you can unlock by spending certain currencies found throughout the game (or in a few cases entering specific codes). Considering the recent release of the LEGO Skywalker Saga, here are some of the best Extras you can get in the game, and what they do. 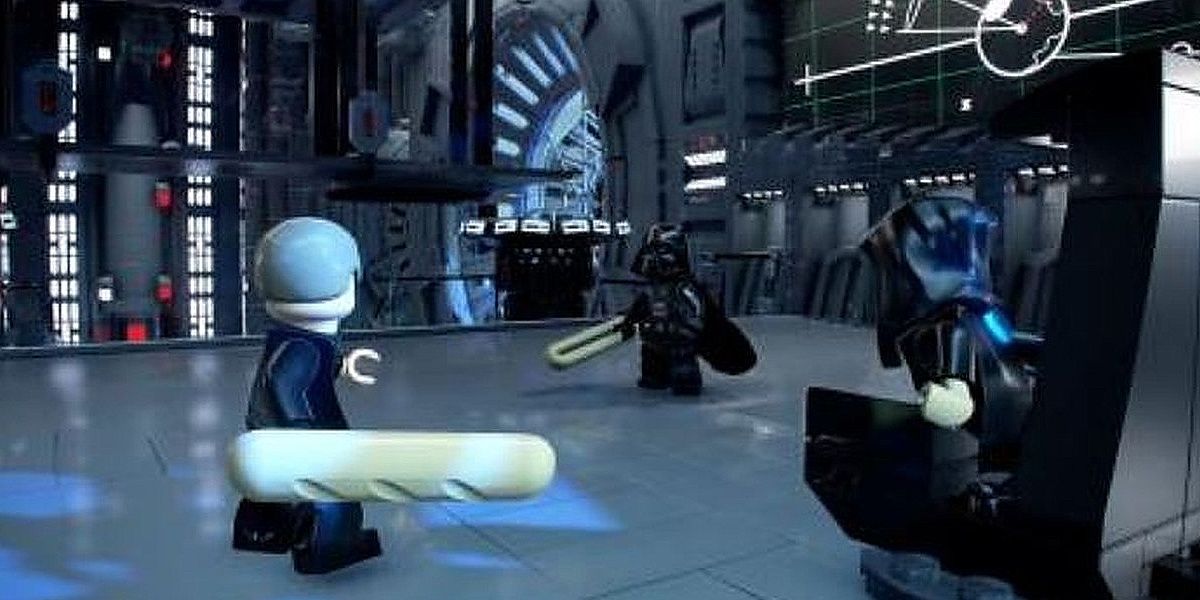 Let’s begin with an introspective question – have you ever wanted to fight stormtroopers with a baguette instead of a lightsaber? Well, now is your chance!

Although they don’t really offer anything outside the accompanying novelty, there is something satisfying about pretending to be a space samurai while also using a piece of bread to take down your enemies. Even more so if you consider the whacky irony of being a LEGO wielding a piece of bread. 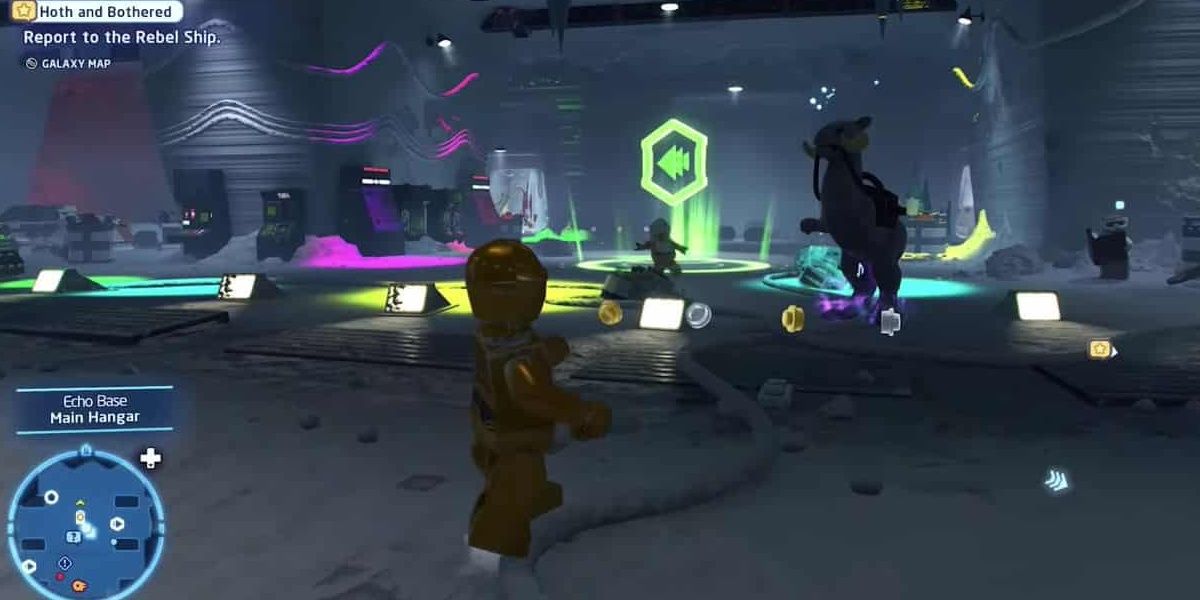 Building off the idea of a bread lightsaber, a bulk of extras in the LEGO Skywalker Saga are understandably downright ridiculous. This includes the “Galaxy Rave” Extra which turns almost any location in the game into a galactic dance floor.

Accompanied by not only Disco Star Wars music, but flashing multi-colored lights and all characters in the general vicinity dancing, it promises to be a great time. If only we could pair it with the Cantina theme – one of the less popular Extras that just plays the infamous bar song on an annoying repeating loop – then you’d have one hell of a Star Wars dance party! 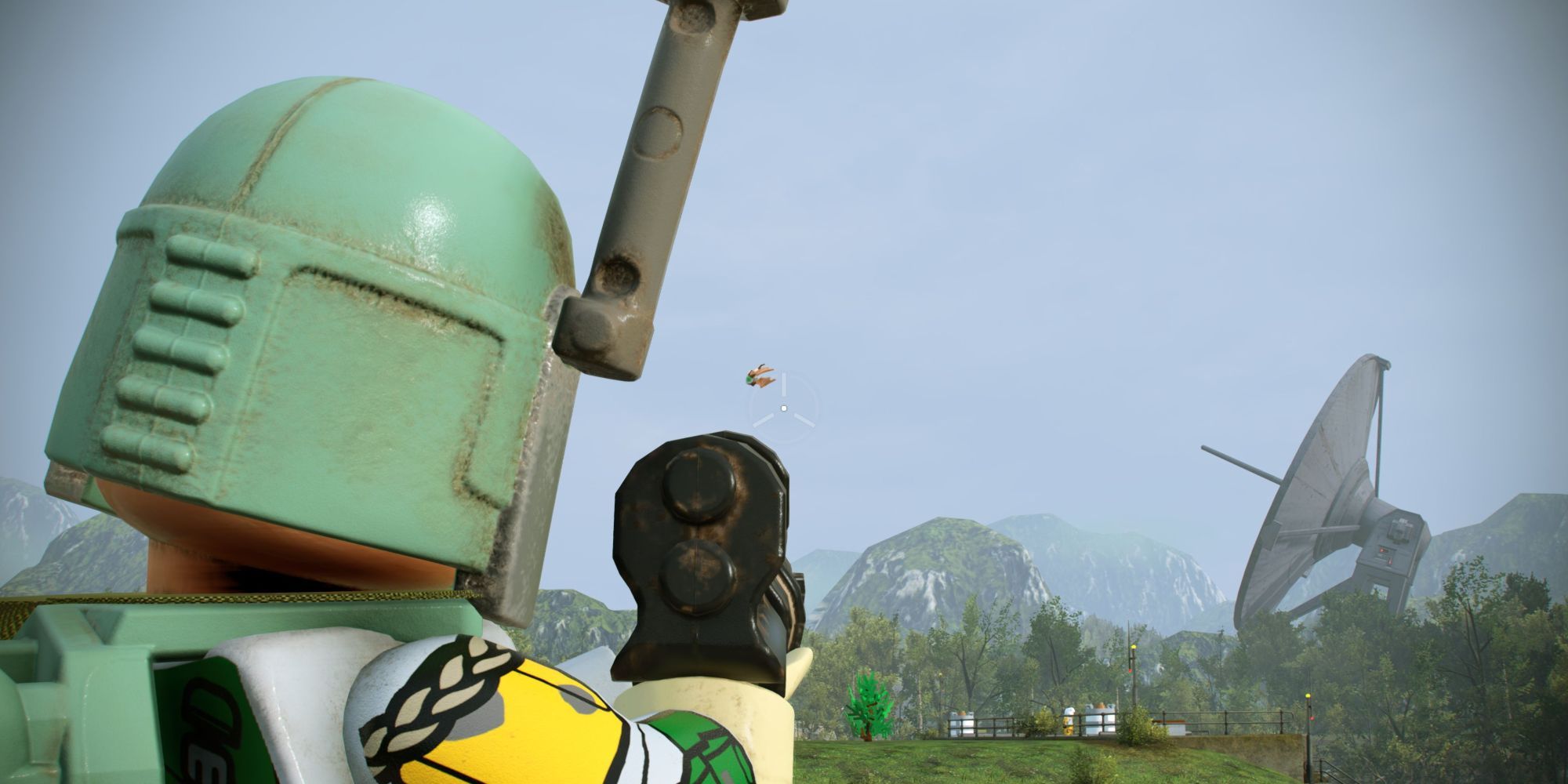 Although most of the Extras within the LEGO Skywalker Saga offer nothing of substance, one of the more fun audio offerings is the “Pew-Pew” Extra. This changes all gun sounds to a very playful mouth-made sound.

This is understandable given that, although the LEGO games are meant for all ages, they are often among the top age-appropriate gaming titles for kids. A sound often attributed to children shooting make-believe guns. It adds to the overall juvenile factor of the game and almost always leads to players cracking up. 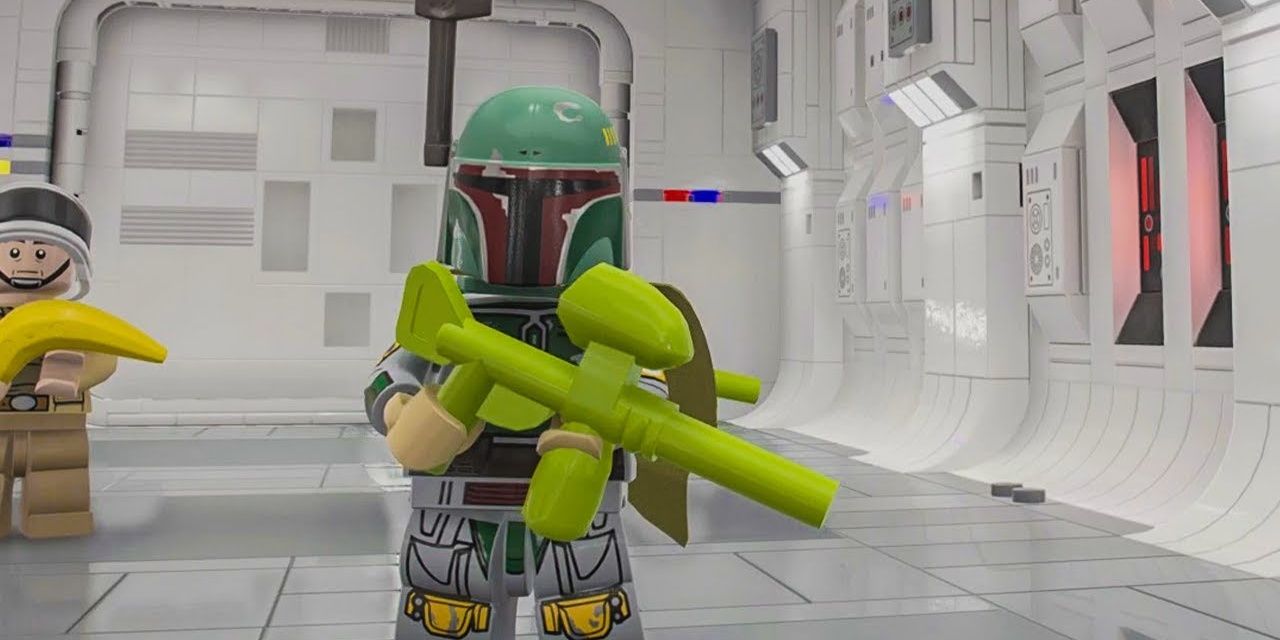 Another of the more fun Extras is the aptly titled “Comedy Weapons,” which turns most lethal ranged weapons within the Skywalker Saga into more innocent objects. One such example includes various blasters being transformed into fruit shooters, paintball guns, as well as confetti cannons.

LEGO games aren't meant to be taken seriously, and this is only emphasized further when you are a player shooting lasers from a Banana. 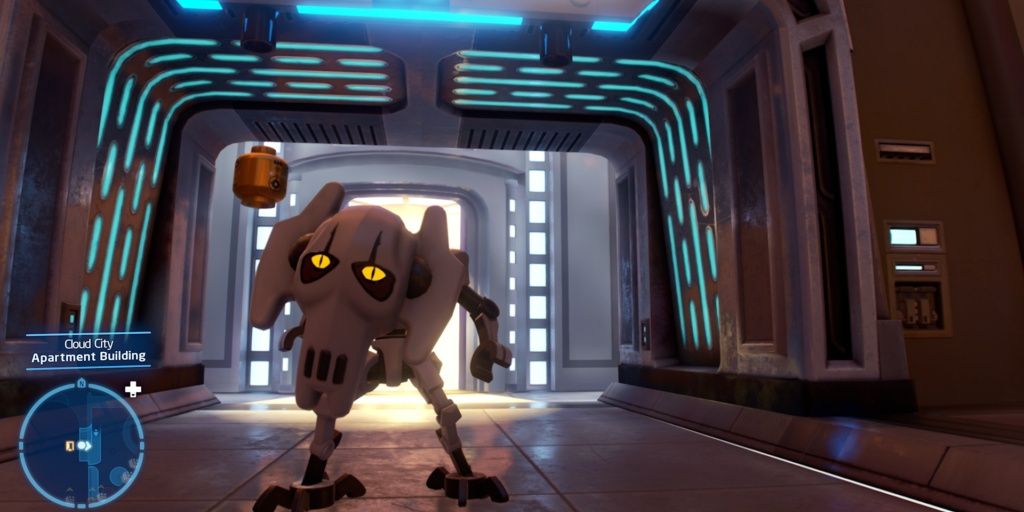 Another purely cosmetic change, there is the infamous “Big Head” Extra that is featured in most of the LEGO games. It’s rather self-explanatory, but for context – it gives characters extraordinarily large heads alongside their more petite bodies. This is obviously an old faithful feature, infamous in such game mainstays as Goldeneye, Batman: Arkham City, Tomb Raider, and more.

This is a feature that is always guaranteed to make players laugh out of sheer absurdity, especially when the proportions get as outrageous as they could be when it comes to characters like the Rancor or even Darth Vader. 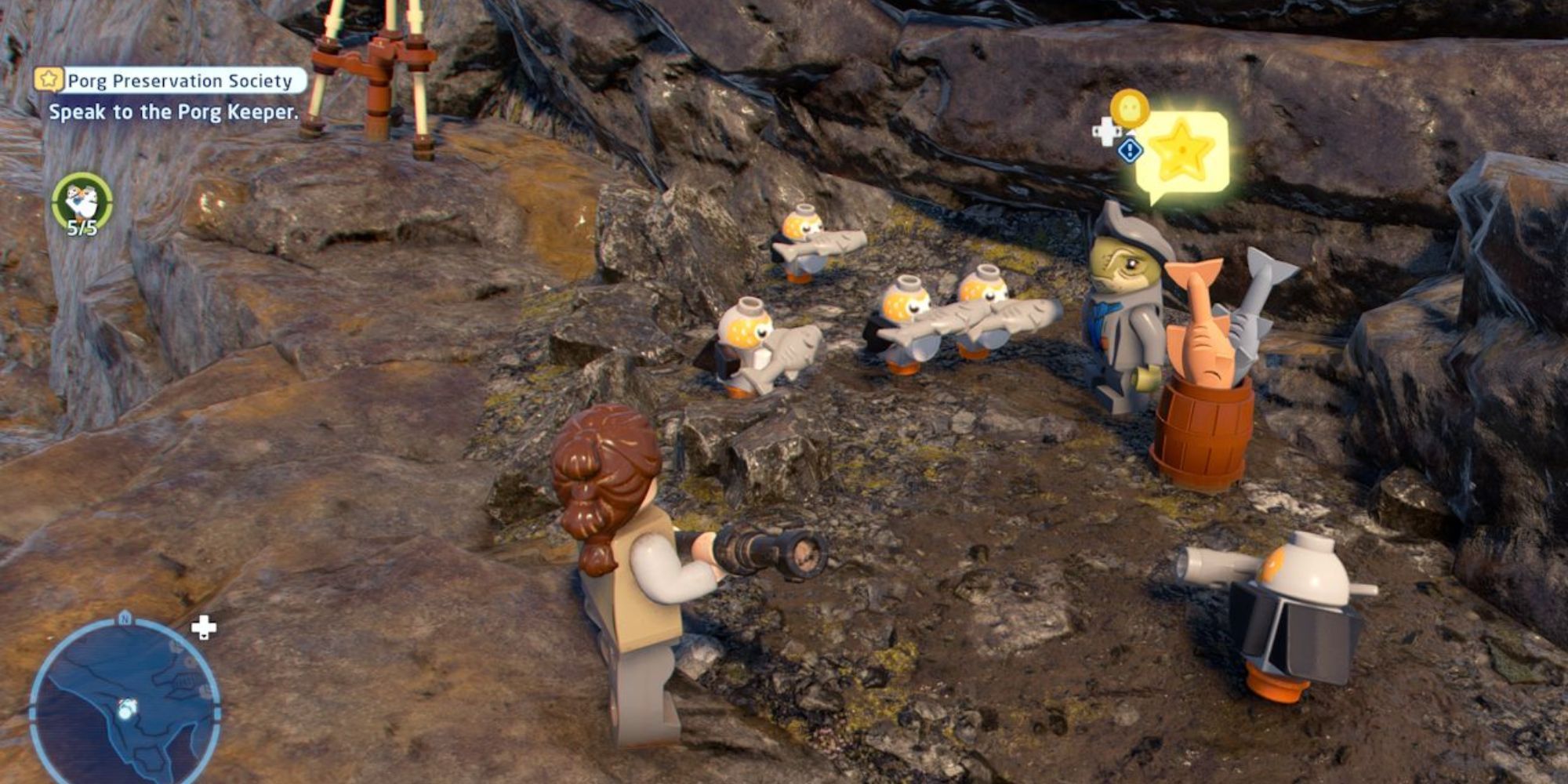 One of the best features of the LEGO Star Wars games is the wide range of characters. Some are fan favorites, some are characters never before featured in any Star Wars game, and some you may rather forget. Within the latter is the “Porg Companion,” which is one of the more practical Extras on the list as it lets players be followed by the penguin-like creatures.

Many Star Wars fans will more than likely remember these overly cute yet annoying inhabitants of Ach-To from The Last Jedi. They can’t do much, but if you like the idea of Porgs hopping along and keeping you company, this is for you. Additionally, the furry little things can sometimes aid you in fights with their piercing scream ability, but that’s about all they can offer. 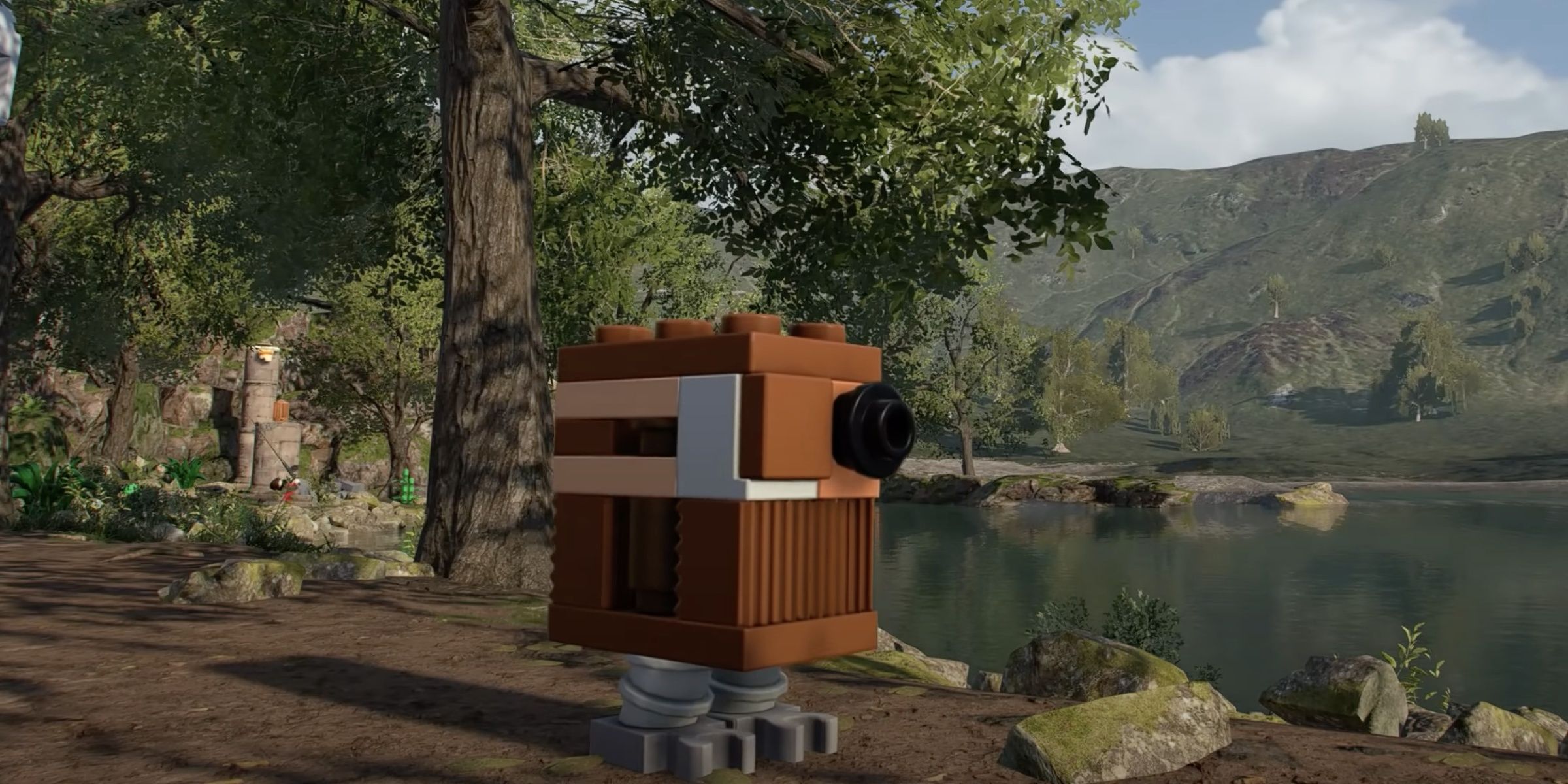 Another Extra regarding added characters is the “Super GNK droid.” Droids have always been a mainstay of Star Wars, and the Super GNK droid is a faster version of the trashcan-looking GNK droid.

Besides being theoretically used to do weird speedruns, as well as killing enemies as a sentient trash can, the Super GNK happens to offer one of the highest jumps in the game. This can then be used to reach otherwise unfathomable heights, as well as being an on-demand droid for use in the puzzles spread throughout the game – especially at parts where they may be in short supply. 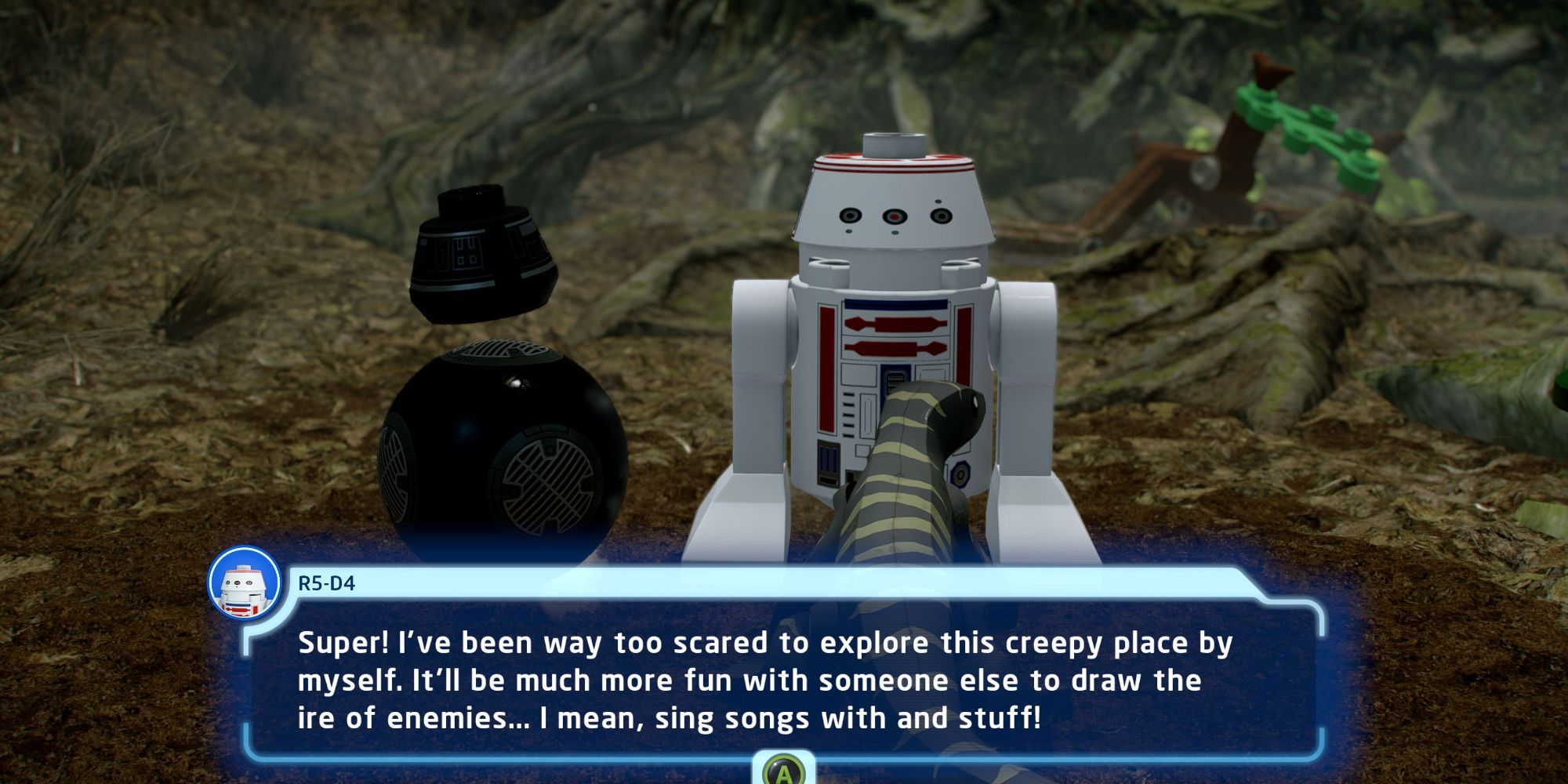 One of the more practical Extras, the "Universal Translator” Extra is very useful. In kind of an organic/authentic way, when players approach certain characters, many of them speak their given language. However, the caveat is that it still by default appears as alien language (which there are several of) to players. So, when coming across the various alien races, you are usually at a disadvantage.

So when using the Universal Translator, you can have the Alien dialogue immediately translated instead of having to switch characters to an applicable Droid. It’s basically just a glorified time saver, but it does make a difference and makes things a little less tedious. 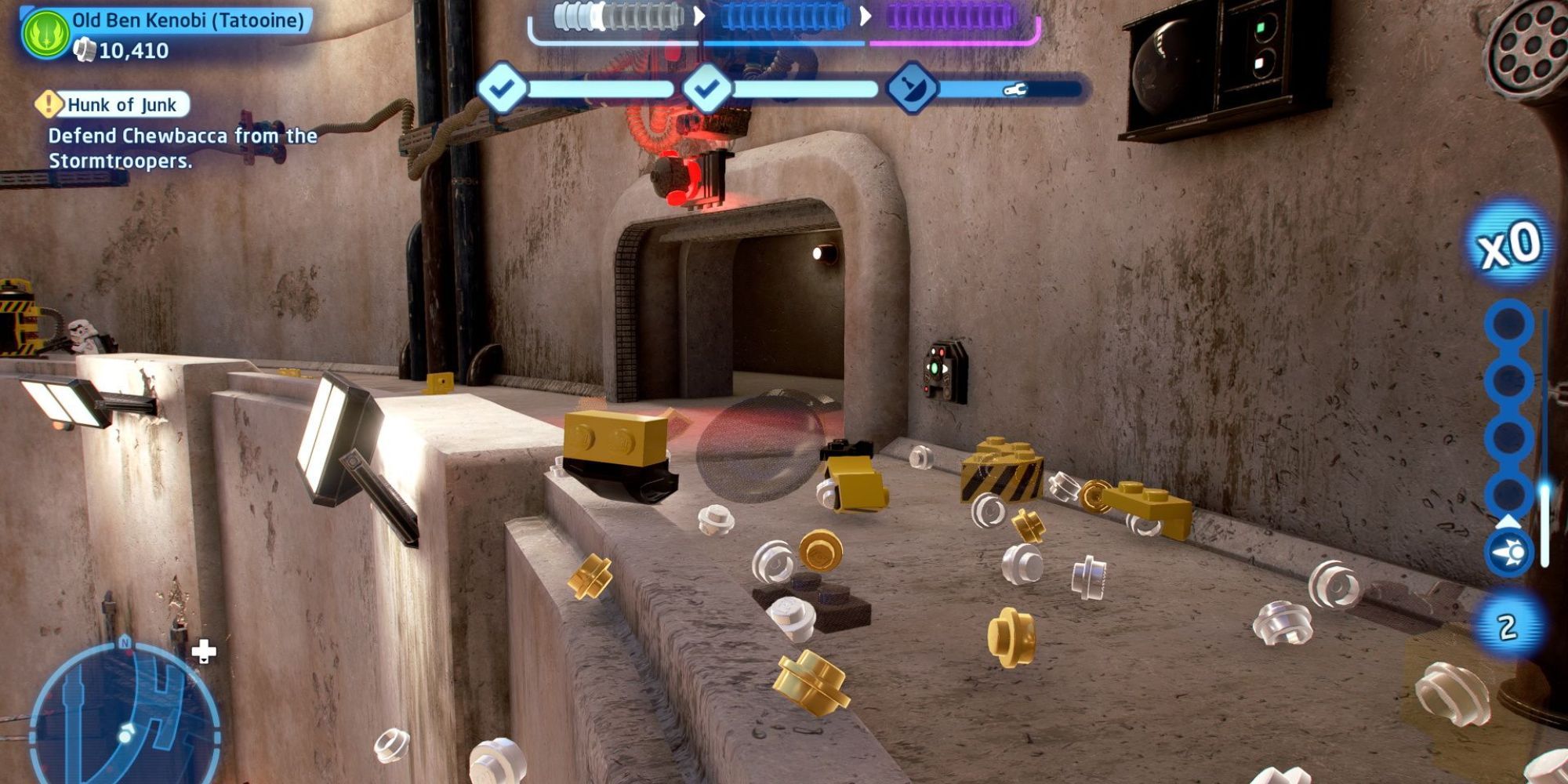 When you think about it, it’s rather clever that the LEGO games utilize many of the physical pieces that the series uses in real life as tools within the infrastructure of the game. This includes various colored bricks, which many of the various LEGO game have specific related uses such as building, or Kyber Brick Collectibles in The LEGO Skywalker Saga, while studs are used as the main currency.

Given that players can eventually multiply the value of their studs by making them worth 10x what they are initially worth, this makes the would-be tedious grind much less arduous. But alternatively, players will still have to do considerable grinding. After all, the cost to get the highest multiplier is very high. So needless to say – you get what you give.