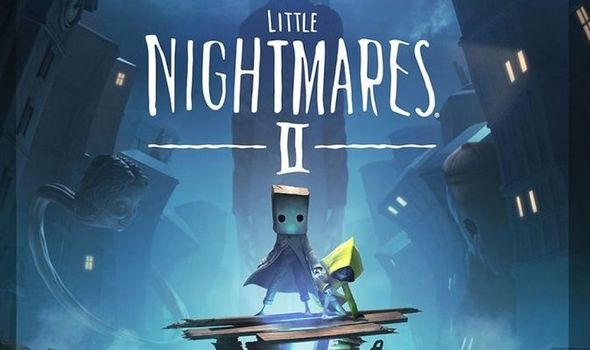 Little Nightmares was the breakout indie hit of 2017, offering a glimpse into a dark world filled with monstrous enemies brought to life.

What made the original so unique was how unnerving and creepy it felt to explore the various halls and caverns, not knowing when the next grotesque encounter would begin.

Mixed with different puzzles and rules to work out, it made for a captivating experience, both in a visual and visceral sense.

And to the relief of gamers waiting for the sequel, there’s plenty more coming with Little Nightmares 2 in 2021.

Having experienced around two-hours of gameplay, it was packed with sequences that will no doubt set the tone for the rest of the game.

While not quite as claustrophobic as the first, Little Nightmares 2’s opening provides a clear indicator that this cursed world has grown.

The background is still filled with little details and lore that helps flesh out the game but is no longer held back by focusing on interiors.

Much of your time outside is spent exploring the world, running through different scenes, with the intro providing an easy to understand tutorial on how to traverse it.

Most of the meatiest action still takes place in haunting buildings and corridors, so fans don’t have to worry about missing out on those familiar and tense encounters.

One of the new areas that really showcased the strength of Little Nightmares 2 is the School, which is dominated by sinister children and a severe teacher.

Having reached the School, you will have teamed up with a familiar face and will be looking to take on the challenges inside together.

But while there are new ways to solve puzzles and explore the dirty corridors and vents, you will end up left to your own devices, riding solo.

The Teacher has to be one of my favourite new characters to inhabit the Little Nightmares universe, as she fits the bill of the perfect nightmarish Governess.

Hiding from this monster takes courage and patience, as her elongated neck means that she doesn’t have to stomp after you.

Paired with excellent level design, encountering the Teacher makes for a fraught experience, with plenty of shrieks and squishes to keep you on your toes.

One of my favourite playthrough scenes so far is conducted within the walls of a science classroom, with a very sinister human anatomical model being carefully patched together by the Teacher.

While a liver and a heart are being put in place, you must time your run across her desk, while avoiding knocking over different jars, filled with brains and kidneys.

A haunting setup, and one that will take a few failed attempts before you can master your way through.

The Teacher isn’t alone in the School, with many a student walking the halls, which isn’t great news for you.

Trapping and kidnapping your companion is just some of their smaller crimes, and they pose a constant threat that can jump from the tops of lockers and doorways.

They provide a different challenge and are one of the only parts of the game where the timing felt a little off. I assume this is mostly down to my own lack of skill and making quick work of these cursed Pinocchios is an oddly satisfying experience.

Moving from a creepy swamp to a giant, haunted city, offers vistas that were only touched upon in the first game.

But while there are now wide open spaces to navigate, the world doesn’t fill more empty for it.

There are hints of sinister side-stories all over the place, with piles of shoes, and mysterious pulls of smog that offer you an idea of what is happening behind the scenes. 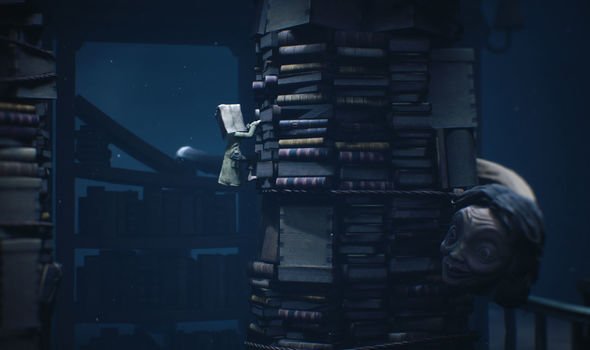 I like the idea of Little Nightmares pulling away from the staying-out-of-reach gameplay to offer a mix of different challenges, and if the first few hours I experienced are anything to go by, there’s plenty more being planned.

As mentioned above, you have an AI companion for different parts of the game, and it was nice to witness subtle changes that occur between the two characters.

While in the swamp where they first meet it feels like its every non-nightmarish monster for themselves, events quickly change things until there is a bond between them.

Your companion is smart enough to help you and not make you wait around, but is also good enough not to provide a secondary target that can end your gameplay prematurely.

No need for a suit of armour here.

While I’ve only played a few hours of Little Nightmares 2, it looks like Tarsier Studios has managed to build on its past success.

Not only is there now more variety in both the puzzles presented to you and how the environments shape your adventures, but the key elements that made the first game so popular remain.

Fans should be excited to escape by the skin of their teeth again while facing off against a grotesque crew of ghouls in February.

Related posts:
01/13/2021 News Comments Off on Little Nightmares 2 is dark and brilliant, just like you remember – Preview
Hot News
C9 Perkz on EG loss: "I’m not here to prove anybody else"
nexium single isomer
PS5 stock: Why is PlayStation not releasing new stock?
Aurora partners with PacCar to develop driverless trucks
Skyrim Mod Makes It Playable At 60fps On PS5 With Trophies Enabled
Recent Posts
This website uses cookies to improve your user experience and to provide you with advertisements that are relevant to your interests. By continuing to browse the site you are agreeing to our use of cookies.Ok