You might be familiar with the main storyline of Lost Ark, particularly the tragedy of Armen, but what you might not know is that the story does not end there. Lost Ark is teeming with little tidbits of lore called "Hidden Stories" that can only be discovered by investigating unassuming corners of Arkesia.

7 The Hidden Past Of Varut 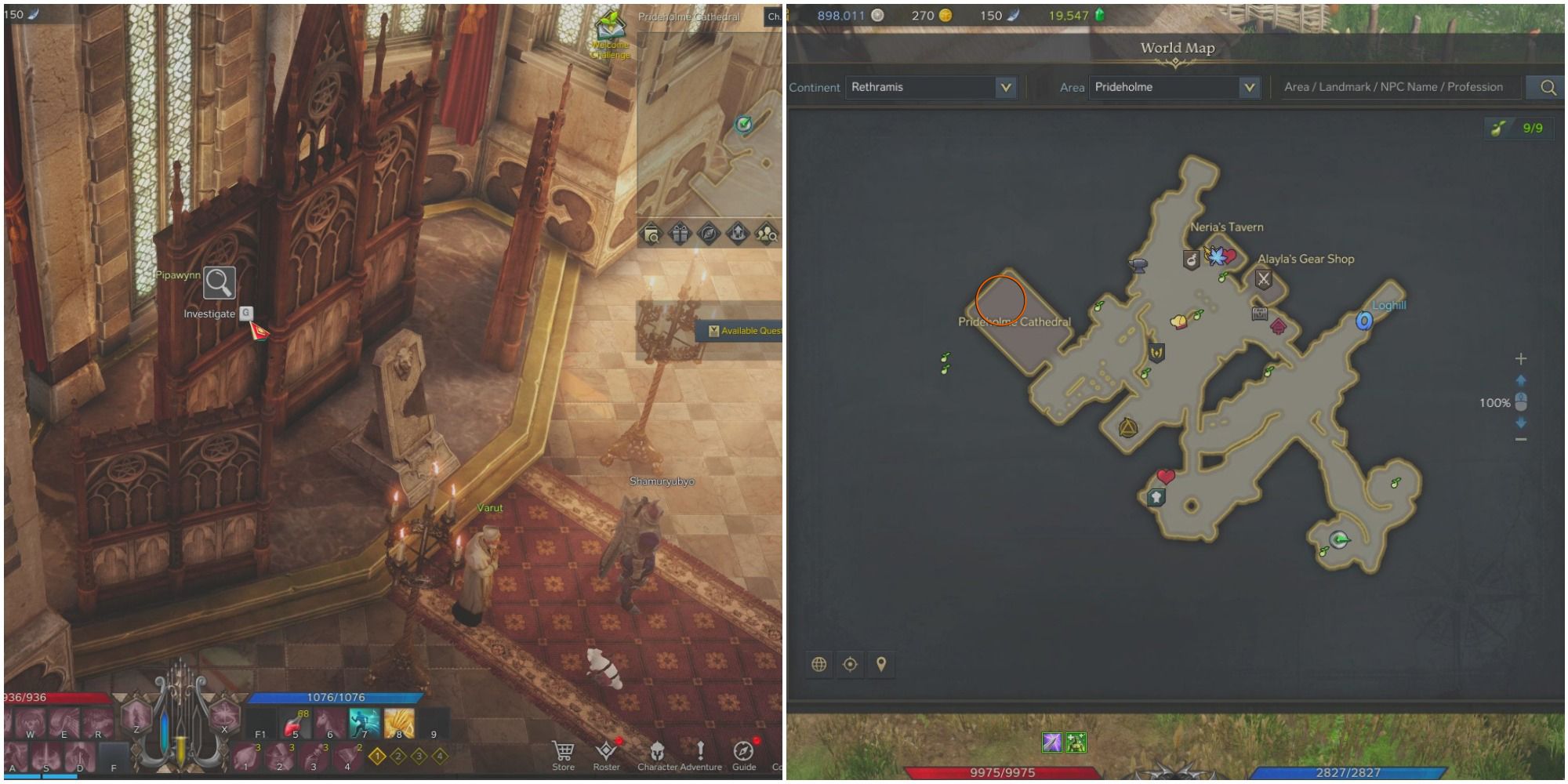 We first meet Father Varut on our quest to find the first Ark with Armen. In the Adventurer's Tome, this Hidden Story reveals that the children frolicking around Prideholme Cathedral have discovered something interesting about Varut's past.

If you search behind the privacy screen at the very back of Prideholme Cathedral, behind where Father Varut stands, you will find a note that reads, "I'm going to confess my love for her today. If she rejects me, I shall become a priest. And I will never gaze upon her again."

6 The Truth Of A Drunk 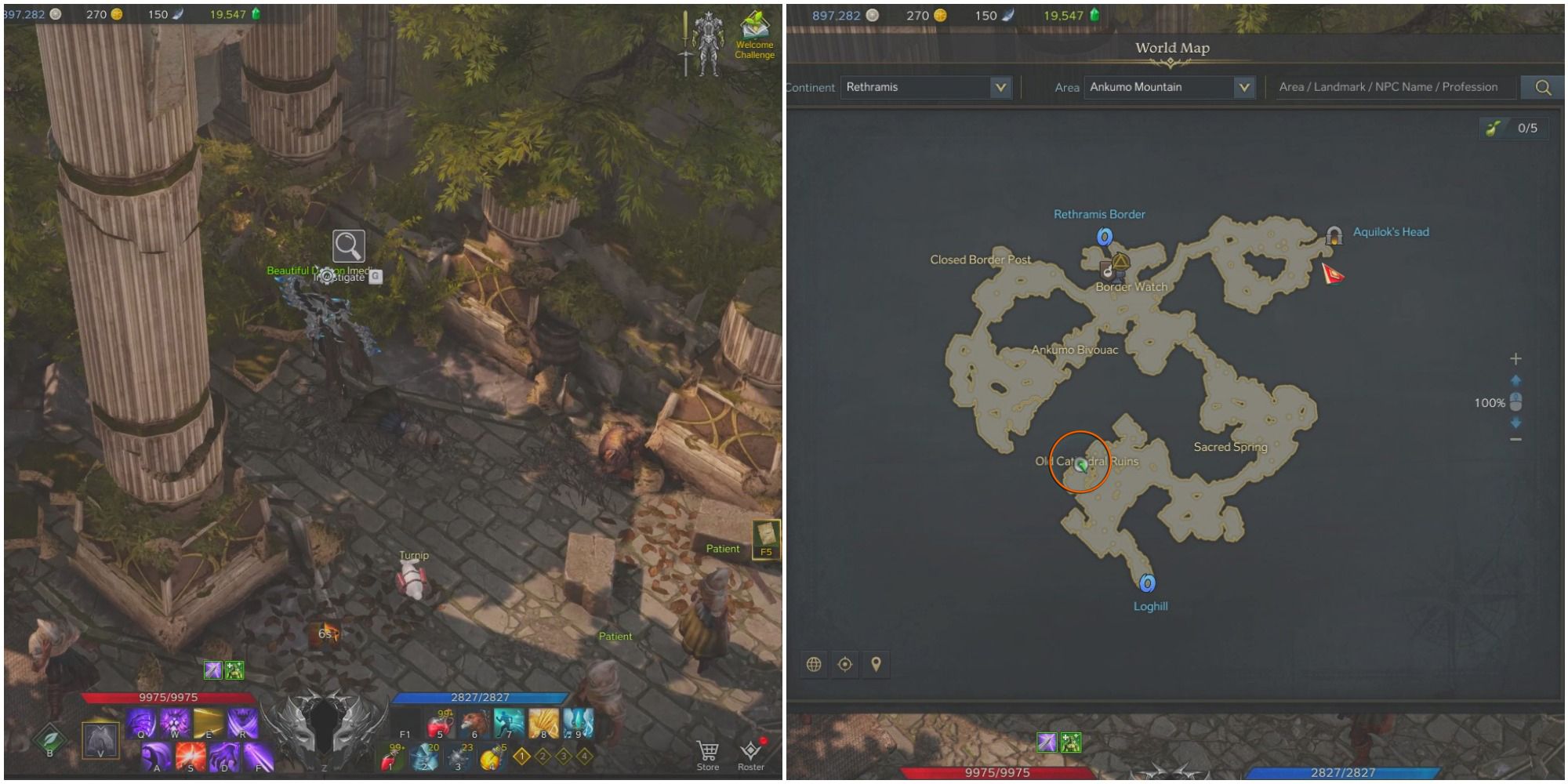 This hidden story begins with a snippet of dialogue from a drunkard that reads, "Have you heard about the treasures buried in some ruins in Ankumo Mountain?" If you pursue this lead to the Old Cathedral Ruins of Ankumo Mountain, in the top left corner of the ruins in the foliage around some pillars, you will not find any treasure. What you will find is a note that says, "We enjoyed the journey. The kids loved it, too. However, we ran into a Demon. You should cut down on your drinking. And I'm sorry. I'll go ahead and see our child."

After discovering this note, the Adventurer's Tome entry for "The Truth Of A Drunk" will read, "The Demon took my wife. This is my family now!" There is very clearly a missing puzzle piece to a story that we might never truly know. 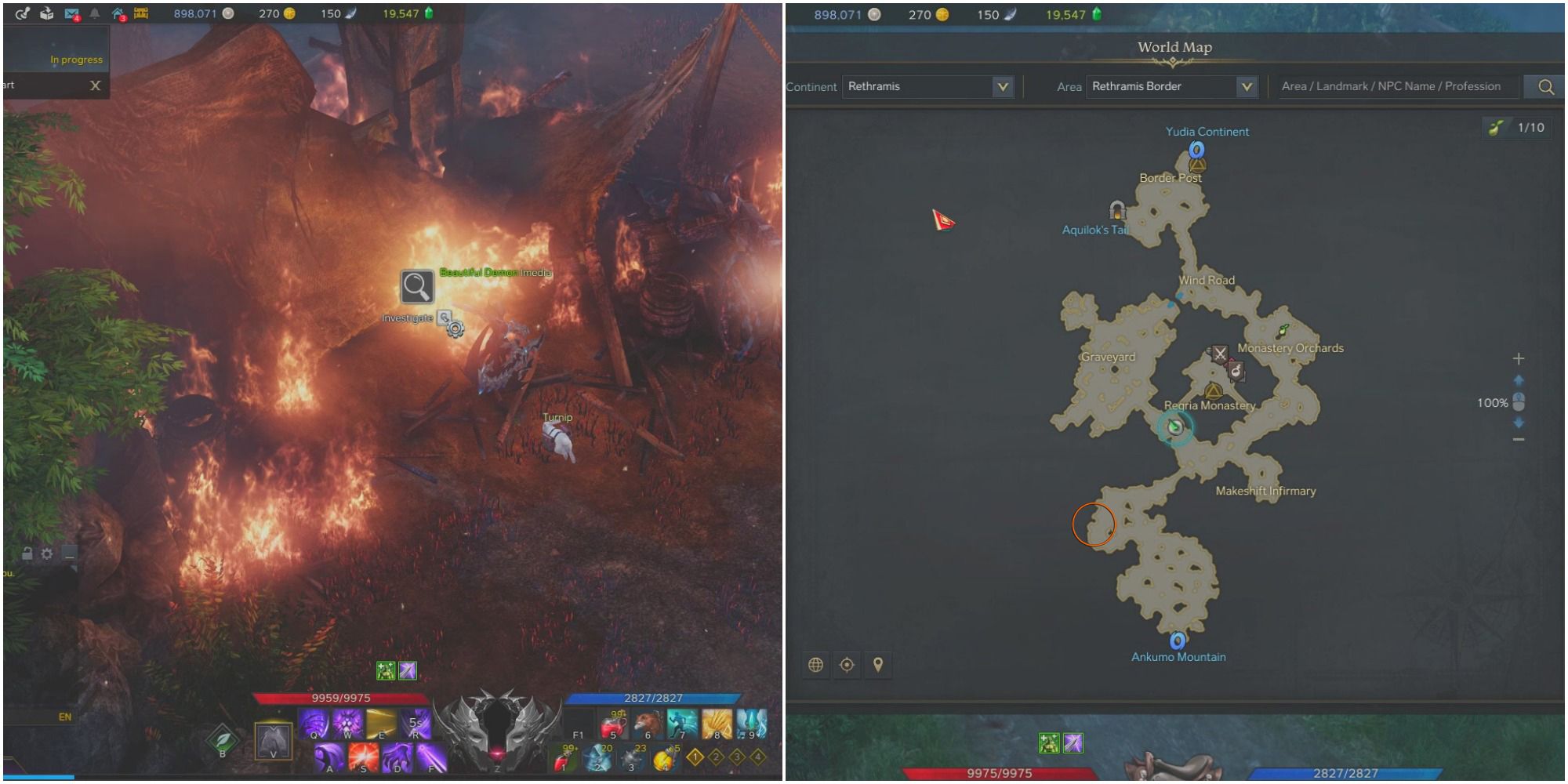 A refugee from the Rethramis Border has expressed worry that his "feeble wife" might not have escaped the bandits. Strangely though, when asked to describe his wife, the man stormed away. The location of this hidden story can be traced to Rethramis Border, in an area northwest from the Ankumo Mountain entrance. In the debris of a burning building, you can investigate to discover the "charred remains of what appears to be a frog. There is a melted ring hanging from its little neck."

How did the man become betrothed to a frog? Was his wife cursed to turn into a frog? These are important questions, none of which are answered. 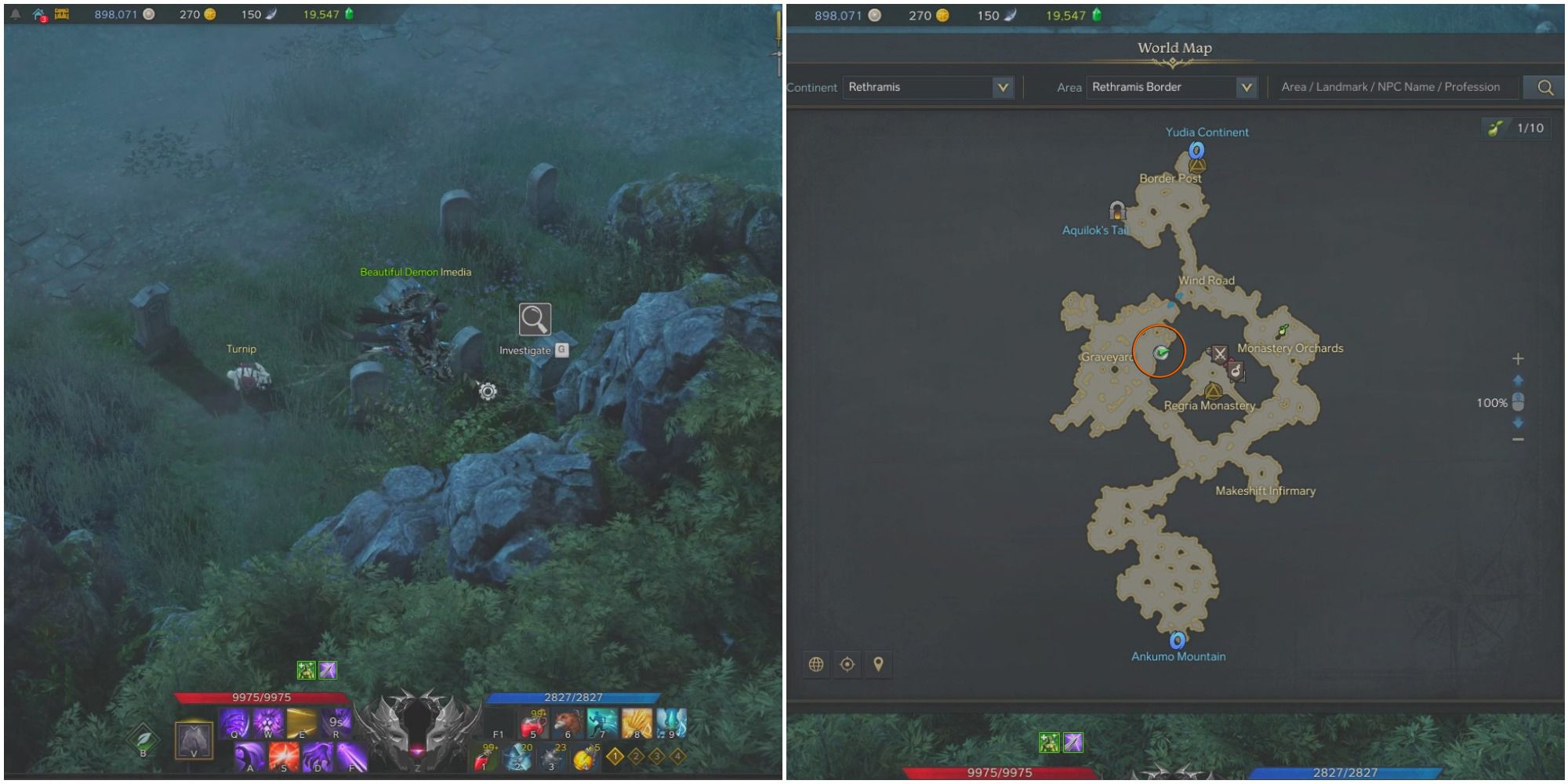 "Not everyone follows divine guidance," said Father Varut. The subject of yet another hidden story, apparently Varut is known to frequent the Graveyard in Rethramis Border where an "old friend" of his is buried. You can find the Graveyard northwest of the Regria Monastery Triport. As you enter the Graveyard, head right and hug the wall. You will find a cluster of seven graves guarded by some Gravediggers. Searching the graves will uncover a note from Rudric swearing vengeance upon the priests.

If you are familiar with the Graveyard, you might already know that Rudric is a world boss that haunts the area. Apparently, this is because, in life, he sought a way to escape death. It seems he was successful, even after being executed for his interest in heresy. 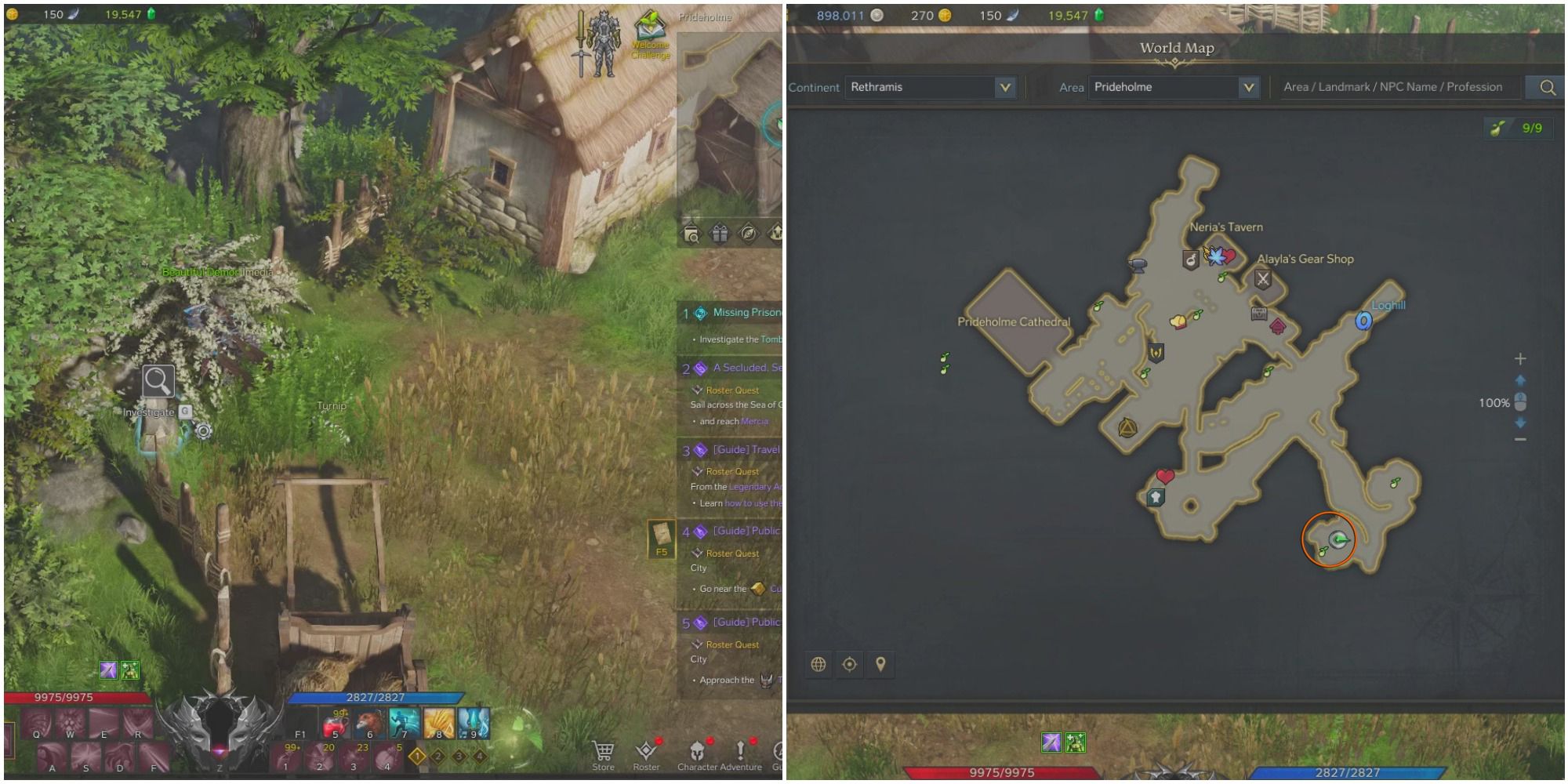 Prideholme is home to a fair few animals, but this story is about a cat named Nerro who perches atop the shoulder of a man called Korumba. "When asked how the two became so close," the Adventurer's Tome note reads, "Korumba smiled and said it was a secret."

This hidden story can be found in Prideholme, in the western farm field at the bottom of the map. Just a little above a hidden Mokoko seed, in fact. Interacting with a gravestone to the left of the farmhouse will reveal that the grave belongs to Korumba's brother Nero. "There is a mark left by a small cat that once sat on the grave." We aren't crying, you're crying.

2 A Knight In Shining Armor 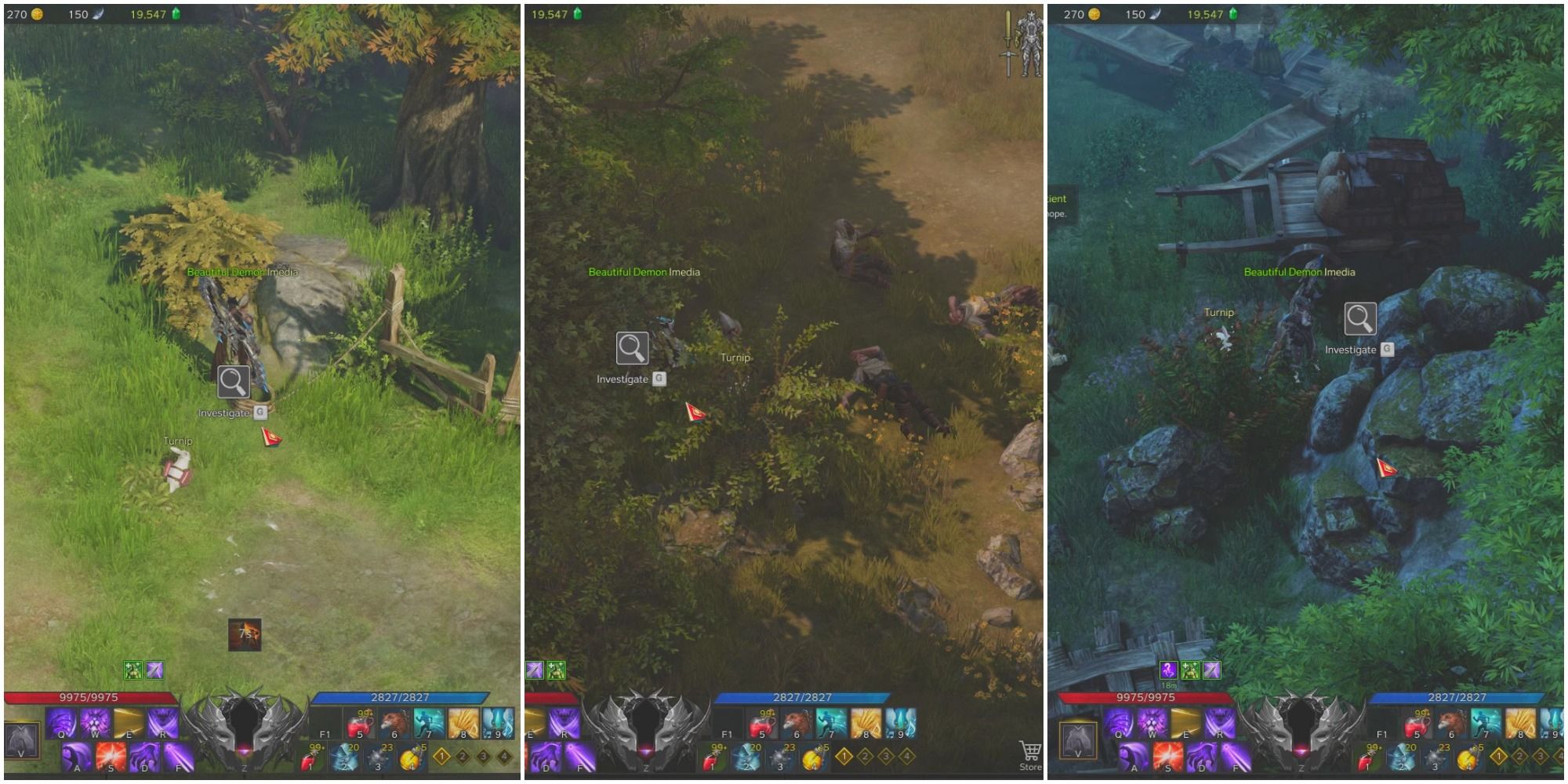 The next rather concerning story about Bekka and her "knight in shining armor" comes in three parts. In the Adventurer's Tome, Bekka speaks of an amazing teacher she once had. "Everything was perfect about him." You can find a note from Bekka's teacher just north of the Traveler's Nook Triport in Loghill, hidden in a pile of rope by a wooden fence. The note addressed to Bekka explains that the knight has finished his duties in Loghill. "I wanted to send you some small flowers, but I couldn't find the time," he writes. He instructs Bekka to meet him under a maple tree at the foot of Ankumo Mountain.

Right by the entrance to Ankumo Mountain, on the lefthand side, you can find another note hidden amongst the trees beside the plagued civilians. "I'm picturing you in my mind as I write this second letter to you," the note reads. "You were ten when I left: you must have grown into a grown lady by now." Hmm. This relationship does not seem so innocent anymore. The knight concludes this letter by saying he is moving on to help the wounded soldiers at "the border".

The final piece of the story is concealed amongst boulders in the western nook of the Makeshift Infirmary of Rethramis Border. This time told from Bekka's perspective, we learn that here at last Bekka discovered that her "perfect teacher" was now just a middle-aged, pot-bellied balding man. And with a wife to boot. A sad but fitting conclusion to a story about an incredibly immoral relationship between a young girl and her teacher.

1 Sunflowers For My Love 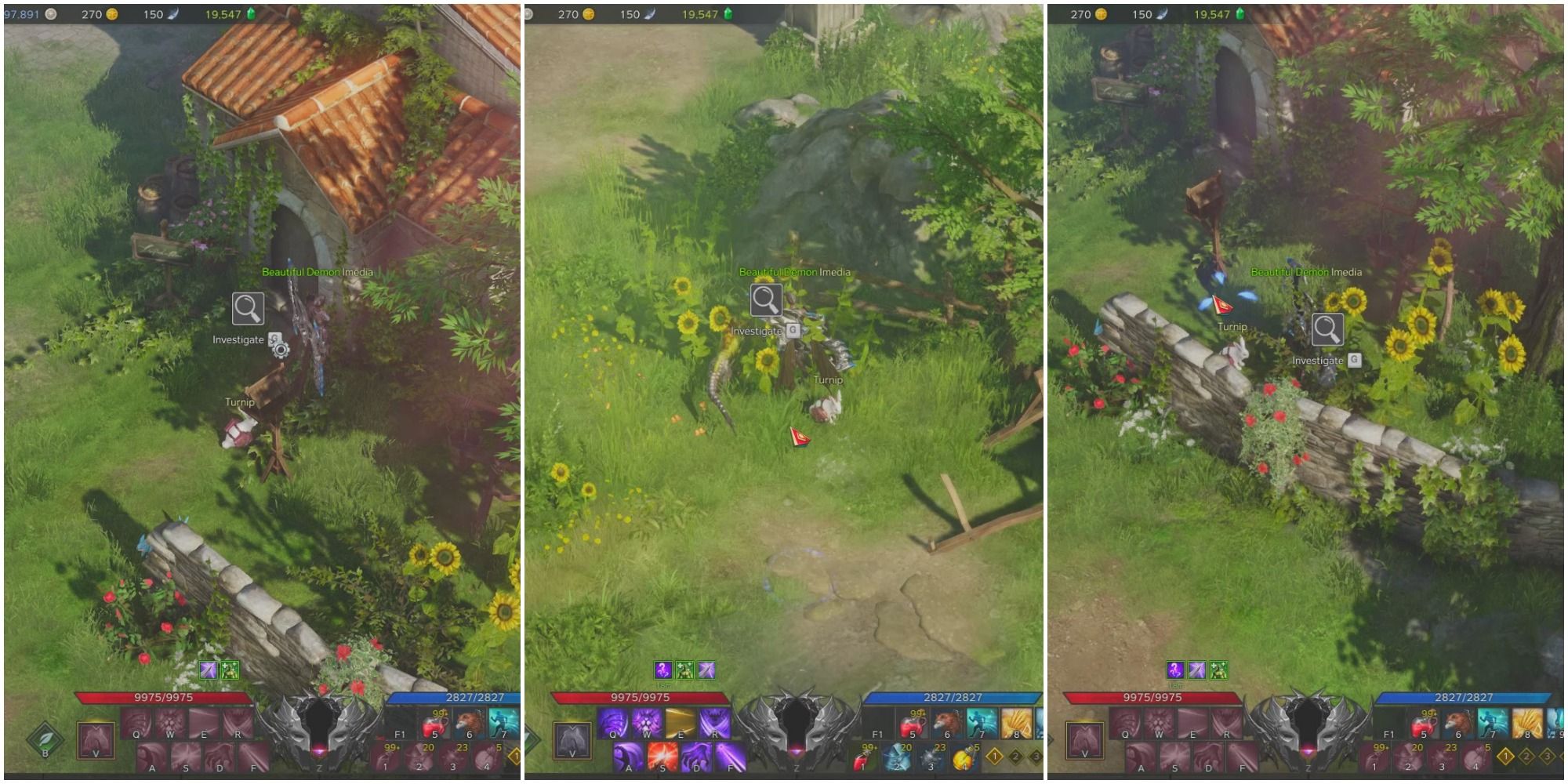 We hope you are prepared to have another good cry. The final hidden story of Rethramis involves a man known as "the hero from Prideholme Farm." You can find your first piece of the story by investigating the door to the house along the path to the two farms at the bottom of Prideholme's map. A dialogue pops up. "Honey, I'd love to have some sunflowers in our garden," the note begins. "The other day you said you wanted ivy," a different voice responds, "now you want sunflowers?" The note suggests that the old man of the story travels to the "Loghill Wildflower Garden" to find sunflowers for his wife.

This "garden" can be found just north of the Fiona Plains Triport in Loghill, to the righthand side of the bridge. Searching the sunflowers here reveals that the old man thinks his wife would have loved to see these flowers herself, if only she wasn't so "lazy".

The last segment of this story can be found back where you started, this time in the sunflower garden beside the house that leads to the Prideholme farms. The note there reads that the man is proud of the sunflowers he has grown. If you check the Adventurer's Tome again, you will see that the entry for "Sunflowers For My Love" now reads, "Did you sleep well, dear? It's going to be a bright day, so it'll be a good day for you to take a stroll around the flowers there as well, haha."

From this, we can guess that the old man's wife is no longer living, and possibly has not been this whole time. It would seem that he planted the sunflowers in her memory, and likes to talk to her as if she were still living.