Collecting mokoko seeds is an integral part of Lost Ark. And fully exploring the Grayhammer Mine dungeon in Bilbrin Forest can yield a bumper crop of 12 seeds. Once you leave the mainland and reach your first island, you’ll find each 50 will earn you a gift. So, 12 on one small map is a great boost.

However, a couple of the Grayhammer mokoko seeds are tricky to come by. Several are in secret locations that only become accessible at certain points as you go through – one of which then requires you to double back on your route. So, if you missed any, read on to find all of their locations.

Mokoko Seed One – The First Battle 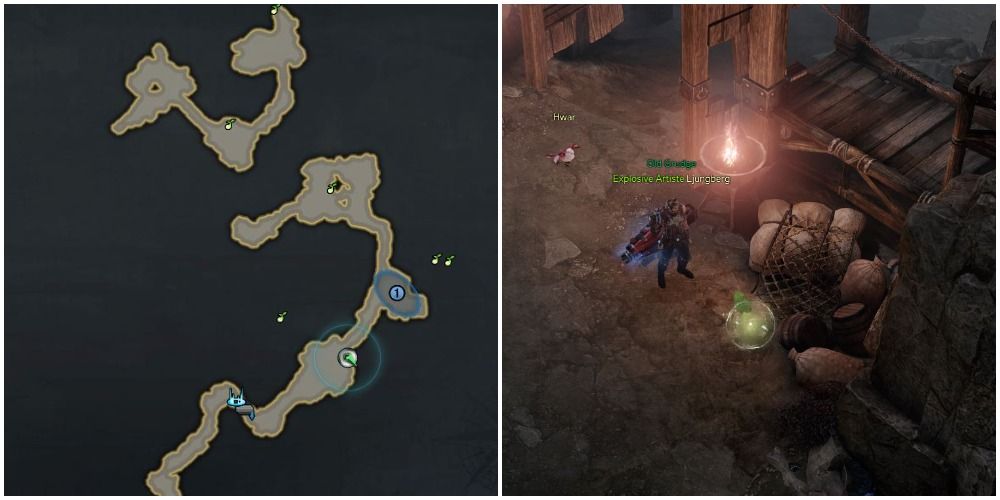 Follow the path from the dungeon’s start and go down on the elevator. Once you’ve tackled the first batch of brigands and elementals, a gate leading northeast opens. Before moving on, you’ll see your first mokoko seed just to the right of the gate, next to some supplies. 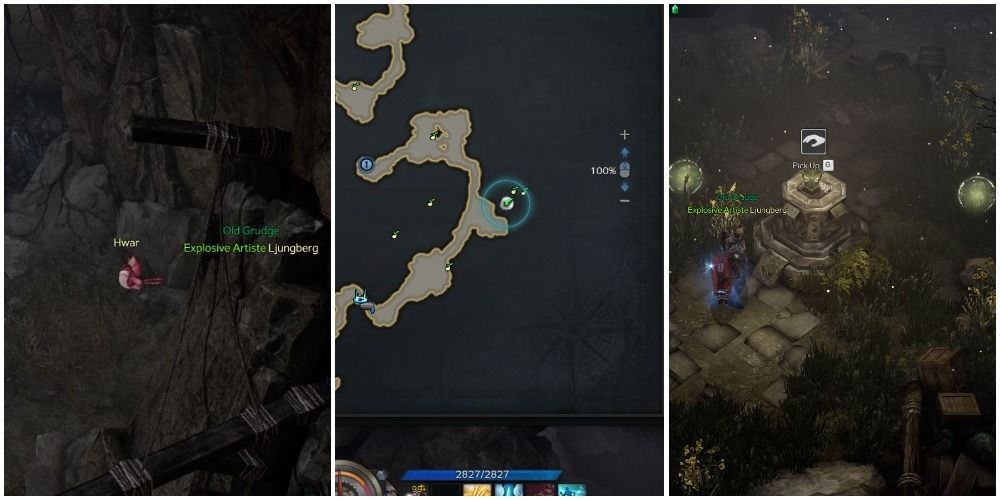 Head through the gate and into an area that opens out on your right, defeating your second bank of brigands. You’ll find an ingredient for Miner’s Rum in a sack on the floor here, near a broken mine cart against the northeast wall. And if you follow the wall just a few steps east you’ll come across a secret passage in the wall. It can be tricky to find, but just keep clicking on the wall until you move into it.

Follow it into a small clearing where you’ll find two mokoko seeds, one on either side of a raised dais, both partially hidden in the grass.

Once collected, grab the lantern of fireflies from the dais. These will appear in your quest item inventory. 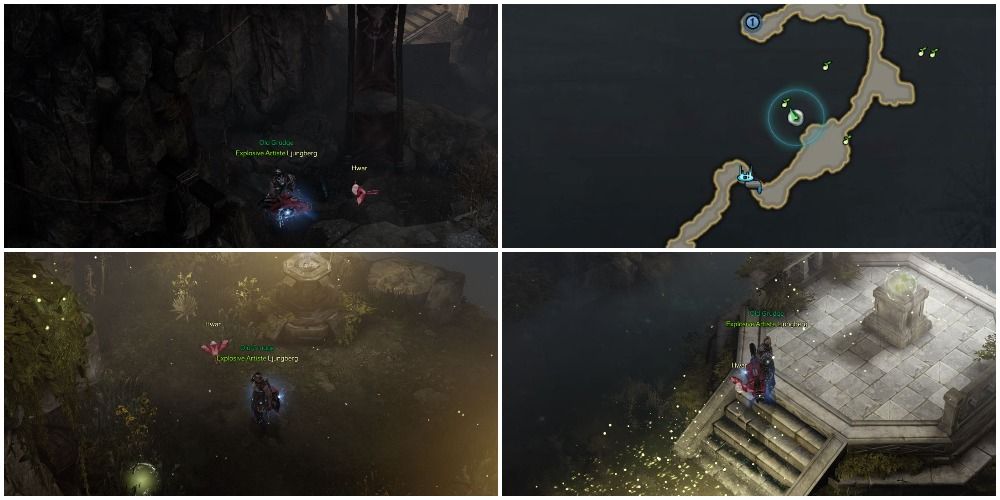 Now, move back to the area in which you had the first battle and found the first seed. Head to the left side of the gate this time and follow the edge of the map backwards. Go past the rails and the red banner, hugging the north wall, and you stumble into a secret passageway. It’s behind some crates if you haven’t already destroyed them. Follow the left-hand wall as the passageway turns north and you’ll find the second mokoko hidden in the grass at the base of some yellow flowers before you get to the glowing dais.

Next, move to the statue, and the scene opens out to reveal a small platform in the water to your northeast. On that platform will be another seed. As long as you’ve picked up the lantern of fireflies, you can now interact with this dais. A glowing path of fireflies will appear across the water, allowing you to walk across and collect your fifth mokoko. 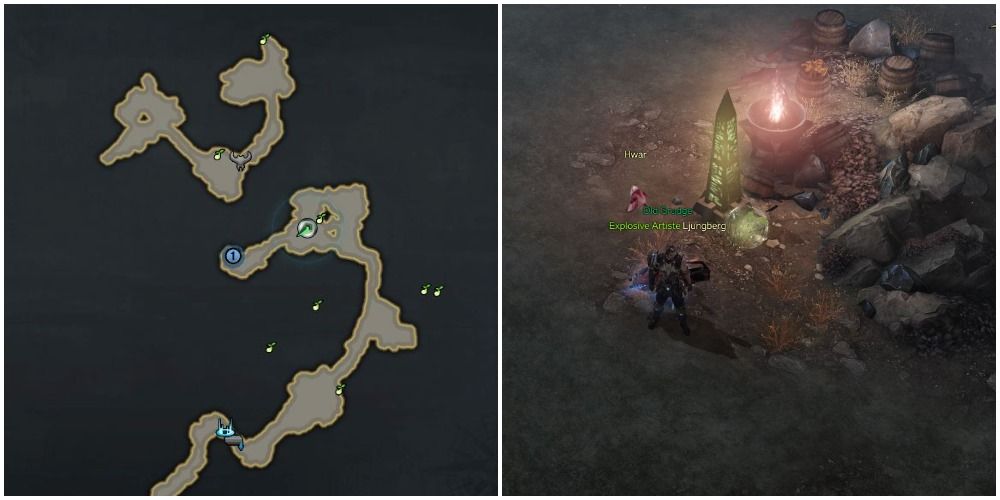 Move into the next open area and defeat the 50 brigands there. There’s a green-glowing statue next to a firepit in the center of the area. And at the base of the statue, your sixth seed.

Mokoko Seed Seven – Before The Minecart 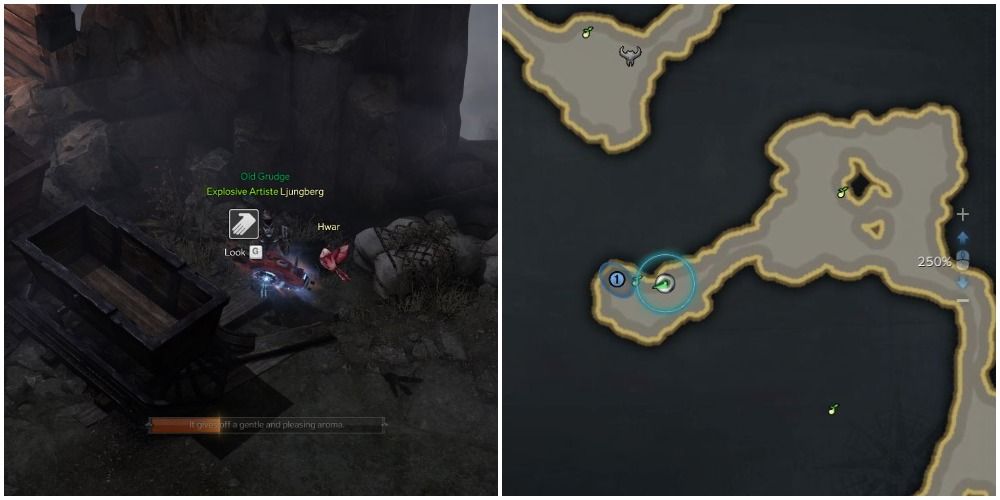 Once you’ve cleared the path with the dynamite, head across the bridge to the west. At the end of the path, you’ll see a minecart you need to climb into to progress. However, don’t climb in yet. Instead, look to the right of the minecart and you’ll see the seventh seed hidden in the grass to the left of a broken barrel – but inside the glowing quest area.

Once you’ve taken it, you can move on to the next section of the dungeon. 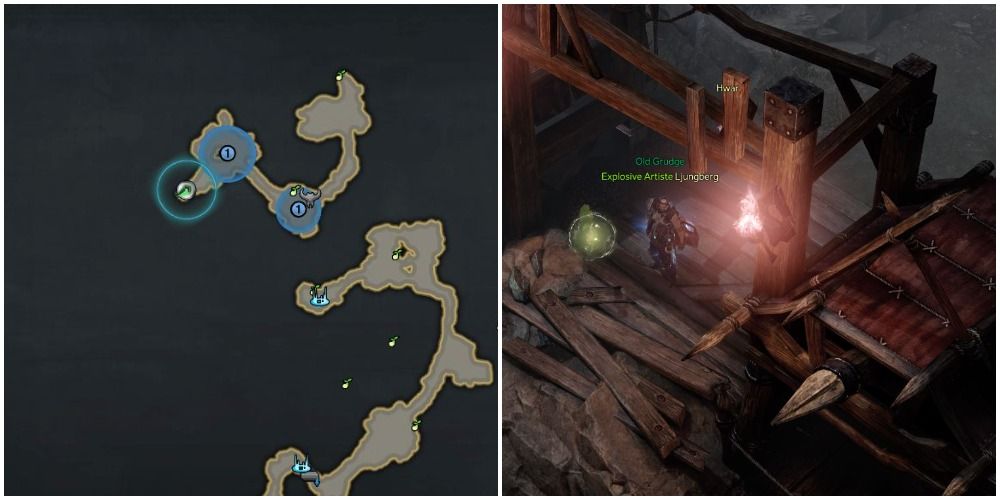 After a quick roller-coaster-style cut scene, you’ll be deposited on a wooden platform. The eighth mokoko seed of the Grayhammer Mine dungeon is at the back of the platform, to the right of the torch by a rock. 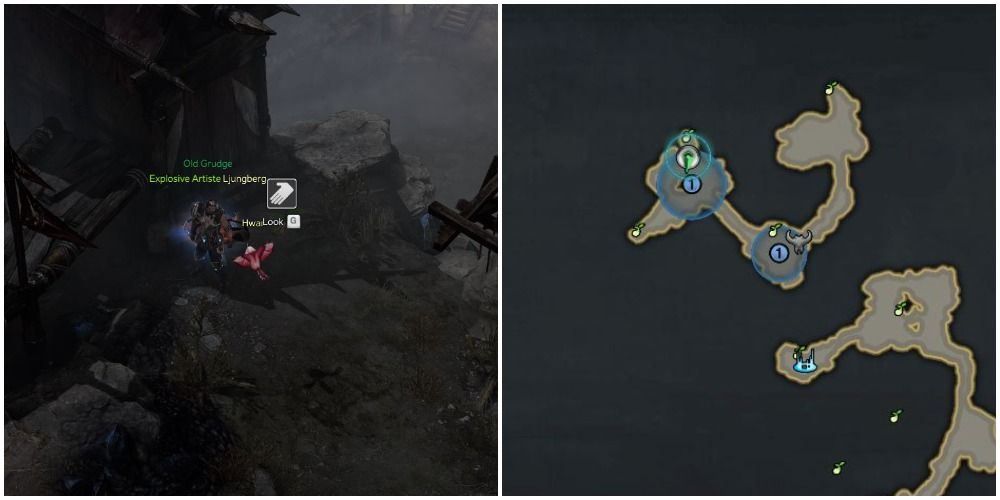 Follow the quest northeast into another large cavern and defeat the next mob of brigands. In the very northern corner of the cave, you’ll find the ninth seed. It’s at the base of a large, red-cloth-covered structure near the cliff edge. 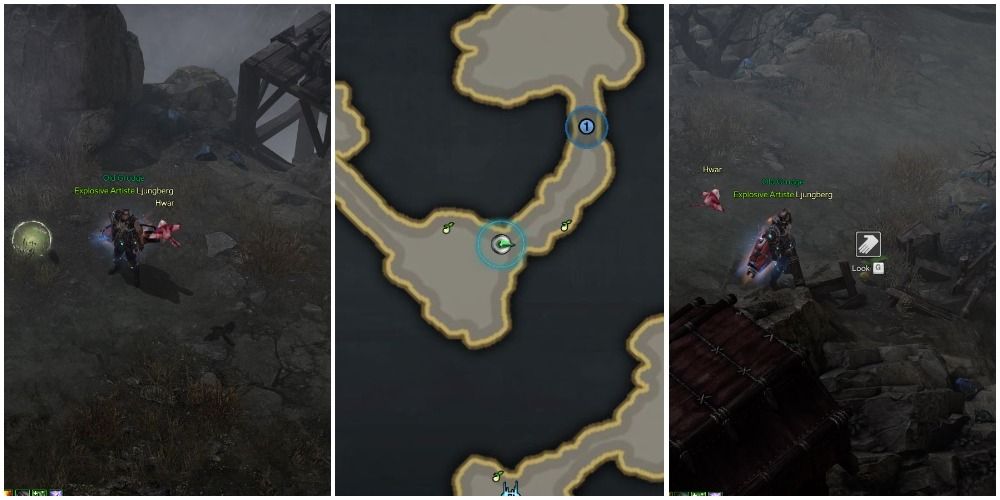 Head southeast to the next cavern and the inevitable brigand battle. In the north corner of this cavern are a couple of barrels and a caged prisoner. Destroy the barrels to reveal the 10th seed, which will now be in plain sight.

Destroy the barrier blocking your path to the northeast and keep moving, keeping to the right of the path. You’ll find the 11th mokoko a little way along, just left of a crate and past a wooden structure. 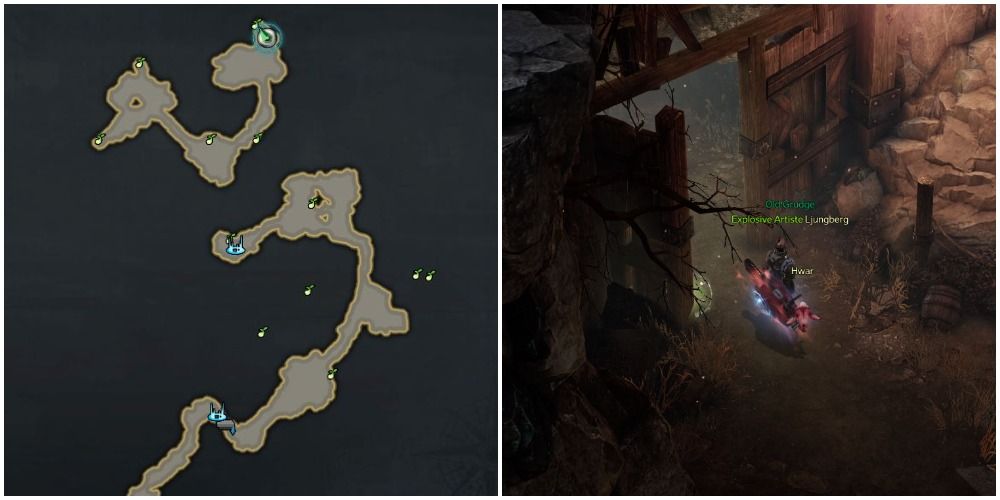 Move into the final cavern and defeat the blood mage. Once dispatched, head to the northeast corner of the area where there’s a large open wooden gate. Your final mokoko seed of Grayhammer Mine is hidden just behind the open door.