In an interview with GamesBeat, Abovitz said the company represents a fusion of technology, intellect, and art. The aim will be to create “synthetic beings” and tell stories within worlds made possible by “spatial computing,” or the kind of mixed reality experiences that Abovitz has tried to create in his prior company Magic Leap. Abovitz will talk about his new startup today at our GamesBeat Summit: Into the Metaverse conference in a session entitled Notes From Our Science Fiction Future.

While Sun and Thunder are focused on spatial computing experiences, the company is not part of Magic Leap and it is not necessarily tied to any single platform yet, Abovitz said.

Magic Leap brought in former Microsoft executive Peggy Johnson last September to run the company as it shifted into making mixed reality hardware and software for enterprises. Abovitz remains on the board, but he is free to start his new business in a segment that is very different from what Magic Leap is doing. Back in 2018, Magic Leap launched its Magic Leap One mixed reality headset.

Magic Leap grew huge and raised more than a billion dollars on its promise of spatial computing, or connecting visualization hardware with locations in the real world. But Abovitz’s new company has less than 10 people and could remain small for a while. Abovitz believes it may take about 15 years before the company can realize its ambitions.

“I’m conscious that I’m on at least a 15-year journey to make and build some underlying tech and also the creative top,” he said. “When I think of lessons learned, being humble and low-key and open-minded matter. It’s really important to get it right.” 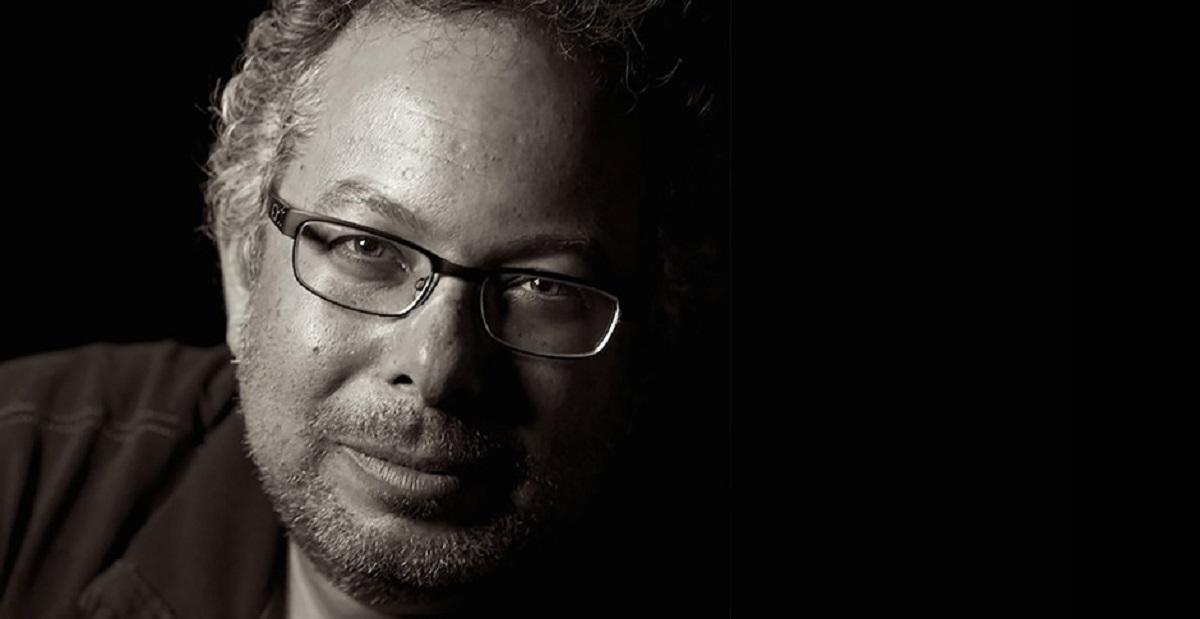 Above: Rony Abovitz is the founder of Sun and Thunder.

Abovitz said a lot of experimentation work is happening that could change what the company does.

“I think of the work in the beginning as an early experimental interface,” he said. “I actually call this phase ‘supernova.’”

The company will try to launch some short firms that show people what it is experimenting with this year. But some of the concepts sound like something out of science fiction. For instance, Abovitz wants to create AI characters that are truly embued with intelligence, and he hopes to then use those intelligent characters to help the company with its work.

“The technologies we are building are about amplifying human intelligence and human creativity,” Abovitz said. “It’s about the fusion of intellect and creativity.”

Abovitz said the whole project involves both left brain and right brain people. The inspiration came from early animation studios, mythopoeia concepts pioneered by the Inklings, and the freewheeling and creative spirit of music labels such as Island Records. And part of the job is creating “synthetic beings.”

“It’s not to replace people,” Abovitz said. “We work together in harmony. It’s amplified. We co-create toward a better planet and a social good. So part of our team will not only design and create these synthetic beings. But we will also work with them. I’m coming at this like Disney in the 1920s or Studio Ghibli.”

And some of the concepts will be worked over and changed before they see the light of day.

“We want to showcase things we are working on from these experiments, so it’s not like you have to wait until 2035,” he said. “But the fullness of what we’re doing will be a journey. Our Pinocchio right now has strings. But over time, we keep cutting those strings over 10 to 15 years. Our Pinocchio will be in a movie in the world and will also work with us to create things as well. We are making our co-creators.”

The first AI character is named Jako Vega (also known as Yellow Dove). Abovitz said he is like Woody Guthrie, a gypsy traveling singer who moves across space and time. The first film is in production.

“Yellow Dove is a member of the Sun and Thunder team, a co-creator, and traveler through a number of interconnected Sun and Thunder storyworlds,” Abovitz said. “He is a musician and the first artist on Sun and Thunder Records. We are trying to get the character in the world and we are in the process of building the underlying technology. At the same time, I will say this that he is part of a much bigger thing.”

Abovitz said Jako Vega is a synthetic being and will be an active participant in the development of the company’s own tech, dubbed the TREX101 technology platform.

Above: Sun and Thunder has less than 10 people now.

“In the first short film, you learn about him, and he starts in a room. He goes outside and teaches us about the world, and we’re building out the underlying technology that makes these things happen,” Abovitz said. “It’s a small enough container that we are developing. And he ultimately will be writing all of his lyrics and adventures.”

As for platforms where people can view or interact with Sun and Thunders creations, Abovitz said the company will target media with the widest possible audience.

“We’re starting in film, but behind the scenes, everything we’re building can be in other media as well,” Abovitz said.

Right now, Abovitz said he is funding the venture himself but is in discussions with possible investors. As for Magic Leap itself, Abovitz said he was pleased that Peggy Johnson is now leading the company, like a relief pitcher, after he led the company for the first nine years. He acknowledged that a lot of people thought Magic Leap was overhyped and was disappointing. But he has confidence in Johnson, and he is proud to have been a leader in spatial computing work that all of the tech giants are now pursuing.

And he noted he isn’t trying to re-create Magic Leap with Sun and Thunder.

“This is a different kind of company where we are not trying to build a massive amount of hardware and take on like the largest tech companies in the world,” he said. “It’s not the best metaphor, but this is like a craft beer. Or something Studio Ghibli would do.”