Magic The Gathering: Arena players have always criticised the game's in-game economy and microtransactions. But that anger has now reached a boiling point following last week's launch of the new, digital-exclusive Alchemy format.

Alchemy is a digital format where cards can be 'rebalanced' instead of outright banned. If a card is causing problems, it can be patched and sent to all players with – in theory – much less fuss than banning it would cause. However, this choice has a knock-on effect with the Magic economy, particularly with how it handles Wildcards.

Wildcards are a currency that can primarily be earned through opening booster packs, and is used to craft individual cards. Each rarity has its own Wildcard, so if you want to craft a rare or mythic rare, you'll need a rare or mythic rare wildcard. Wildcards are notoriously hard to acquire, but Wizards has a policy of refunding Wildcards spent to craft cards that later become banned in any of Arena's formats. 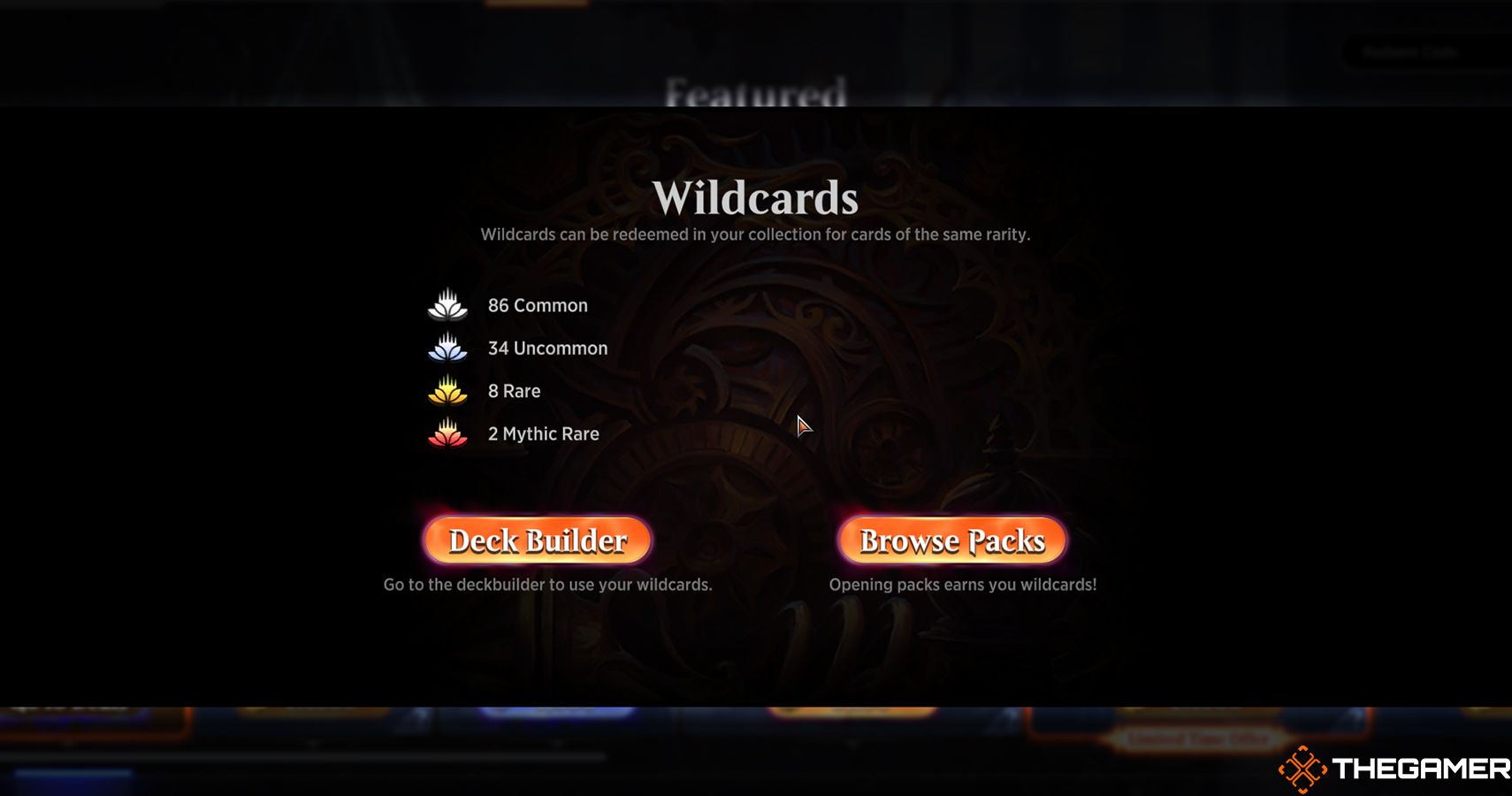 With the introduction of Alchemy, Wizards has decided to not compensate players who have their cards rebalanced, even if it completely upends their entire deck. As Magic content creator PleasantKenobi notes, cards like Luminarch Aspirant have had changes that seem minor on paper, but effectively make them unplayable in the current Alchemy and Historic metagames. With no way to get the Wildcards back from those changes, they're essentially dead weight in people's collections.

Combine this lack of refunds with a constant onslaught of new set releases, which is only exasperated further with Alchemy's exclusive supplementary sets now introducing even more cards with every new release, and the end result is players who simply can't afford to play Magic Arena the way they used to. Many have taken to Reddit and Youtube comments to decry the state of the economy, feeling like they're left out of playing formats they enjoy just because they don't have the wildcards to keep up with it.

Talking to TheGamer, PleasantKenobi said that "Wizard's has literally acknowledged that it owes us a stream or a statement about the ongoing problems with Arena's economy – yet we see nothing. Ultimately my concern is that players, and my viewers, are being priced out in favour of the game becoming a gatcha game".

Having four of each rare and mythic rare is generally considered essential to remain competitive in Historic and Alchemy, but actually getting them is only something the most invested, or most addicted, players (cynically called "whales") can achieve. If you're only getting one rare wildcard in every 30 packs, you'd need to open approximately 120 of them to get enough to craft a full playset of just one card… which could then get rebalanced at any time with no compensation for you.

In a follow-up video, PleasantKenobi described Arena's economy as "piss-poor", especially in comparison to other digital TCGs like Legends of Runeterra. He reaffirms the community's belief that the economy isn't just a problem, it's a problem that is actively getting worse, and needs intervention from Wizards of the Coast. Despite being a long-time advocate of the Historic format, PleasantKenobi even says the current state of Arena's economy is making him reconsider endorsing Arena as it is "getting fucking worse and worse".