Time doesn’t necessarily heal all wounds, but it does allow for new perspectives to incubate. Playing through Mass Effect Legendary Edition has allowed for fresh insight to surface, mostly centred on the much maligned third installment.

Tomes have been written about the multi-choice endings, Kai-Leng, and StarChild’s punchable face. I’m not here to add to that. I want to talk about something that Mass Effect 3 did well. Namely, it’s inclusion and representation of Commander Shepard’s trauma.

Loss is a pervasive and central theme to Mass Effect 3. The loss of a home world. The loss of cultures. The loss of squadmates, friends. It surrounds Shepard, encroaching upon their environment, relationships, and subconscious. It’s the accumulation of these losses that create wounds in Shepard’s psyche. 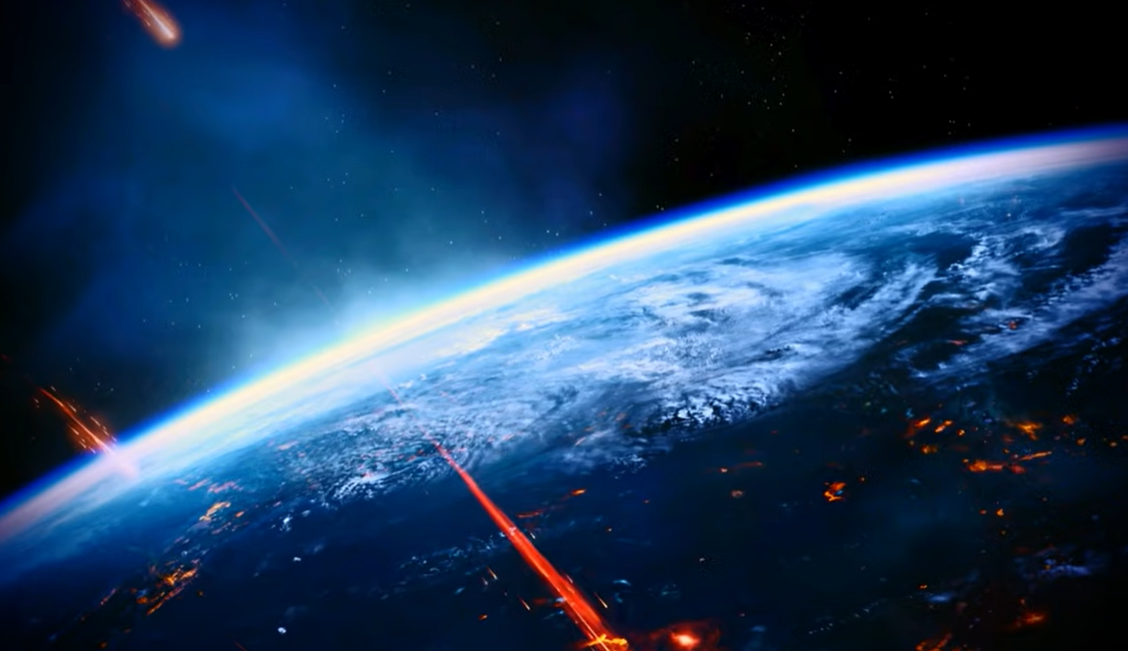 This constant displacement and devastation clearly takes a toll on the protagonist. Whether you decide to play them as a Paragon of virtue or a chaotic Renegade, Shepard’s vulnerability is clear to see in ME3. At the time, this was a bold move from BioWare, one that helped set the trend for years to come. A recognition of the player-character's mental state, the trials and tribulations of a game’s events leave a tangible effect. The same can be said of Master Chief’s journey in Halo 4, another titanic release in 2012.

Mass Effect 3 opens with the Reapers’ relentless invasion of Earth as Shepard’s worst fears are realised. Countless civilians and military personnel are destroyed. As Shepard escapes on a transport, the soundtrack swells and Reaper horns blare. A frightened child attempts to flee, before being mercilessly cut down by a Reaper laser. Shepard witnesses it all, helpless to do anything but flee. This child serves as the embodiment of all the people Shepard, in spite of their heroics and tenacity, was powerless to save. 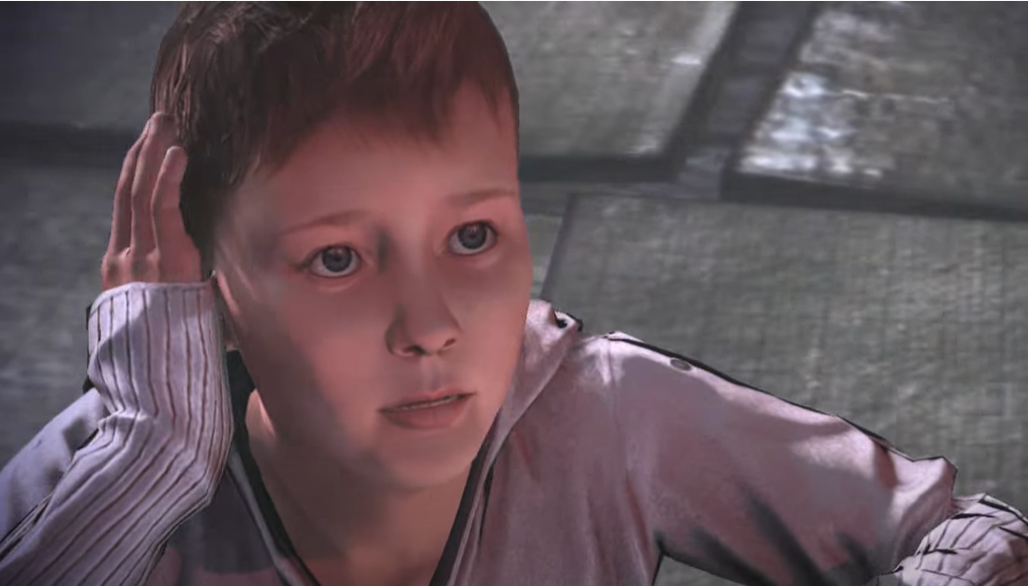 This child then goes on to plague Shepard in their dreams. It’s also the form The Catalyst takes. These two elements were critcised upon release. Some felt the dream sequences were stagnant and forced. Why would Shepard be so damaged by the death of one person? Especially after having seen a litany of horrors over the years. The Rachni, Lovecraftian synthetic Gods, and Conrad Verner.

But if the child is understood as a representation of all those that Shepard has lost, then these dream sequences not only have merit, they contradict their biggest critics – a point I’ll return to later. As for StarChild, I said I’ll let sleeping dogs lie. However, I’m open to the idea of the Reapers playing on Shepard’s trauma, to make the AI and its suggestions seem more agreeable.

A more subtle moment arrives just after the team rescues Liara on Mars. The Virmire survivor, be that Ashley or Kaidan, is brutally beaten by Dr. Eva, their head careened off metal by a mechanised arm. Shepard carries them back to the med bay upon The Normandy, but freezes. The possibility of this loss seems too much to bear, it’s written all across Shepard’s face. 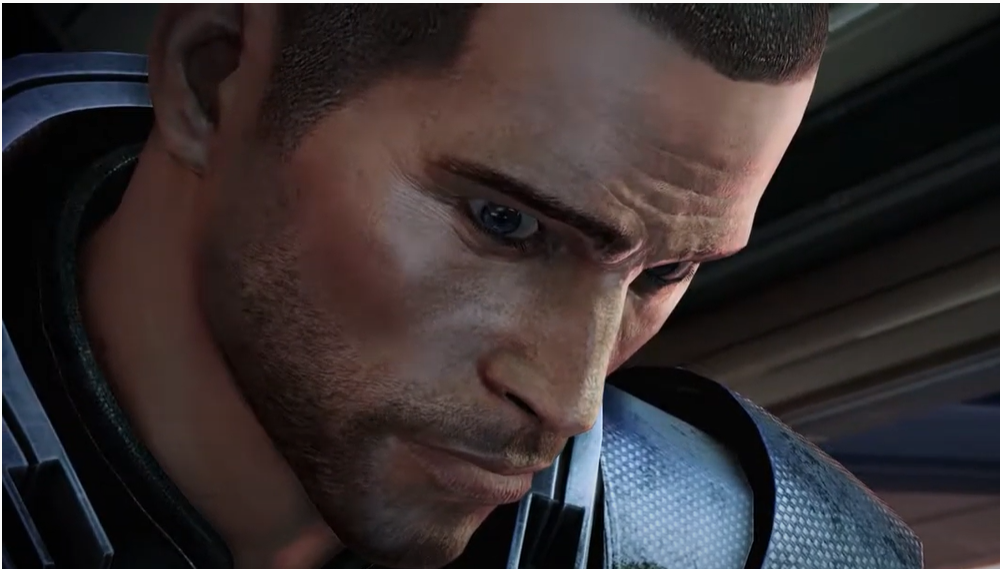 This vacant gaze is commonly referred to as a ‘Thousand-Yard Stare’, a common dissociative symptom found in those struggling with PTSD. Liara, having known Shepard for years, seems stunned by their inaction. She pauses, bewildered, before exclaiming that their comrade needs medical attention. It takes Liara declaring the desperate need to leave the Sol System to pull Shepard back from the brink. She’s clearly distressed in regard to her friend’s mental state. Cracks may finally be starting to show in this indestructible figure. 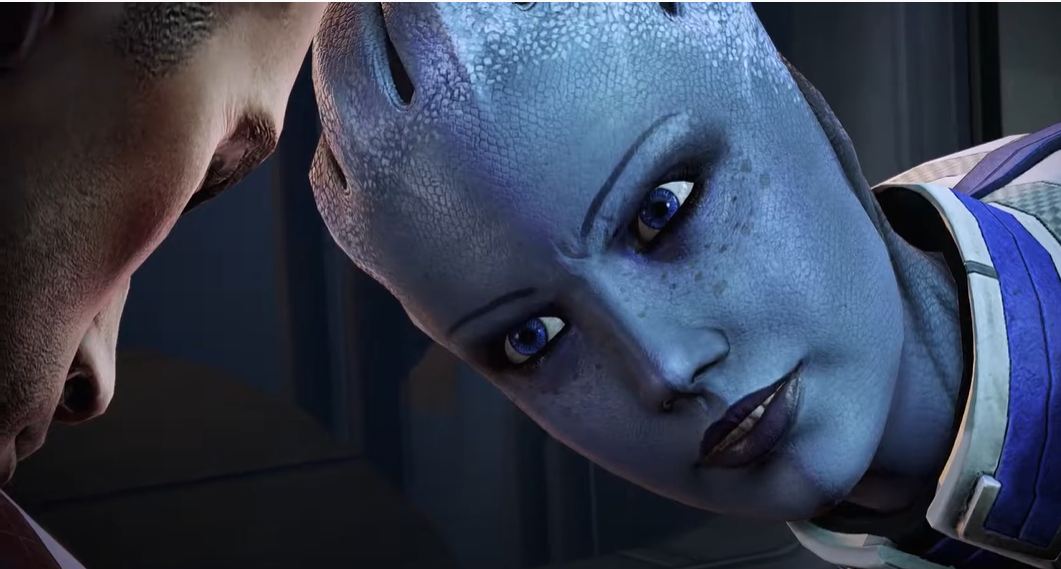 Another telling moment is with Joker,. who lays down an ill-timed ‘Jokerism’ after the setback on Thessia. Regardless of a Paragon or Renegade dialogue choice, Shepard explodes in frustration – the turmoil bubbling over. Joker reveals he’s dealing with his own loss. The colony that his father and sister live on went dark two weeks ago, around the time the Reapers rolled in.

Shepard presses on, “So why the jokes?” – Joker reveals that Shepard’s metabolic readings indicate they’re under more stress than ever before. Their body conveying the fragility of their mental state. He then tells Shepard that Anderson, a trusted guardian figure, recently told Joker to “look after” Shepard. Those that know and value Shepard seem to be acutely aware of a change in their friend’s demeanour. They seek to rally around Shepard, pre-empting a possible breakdown. 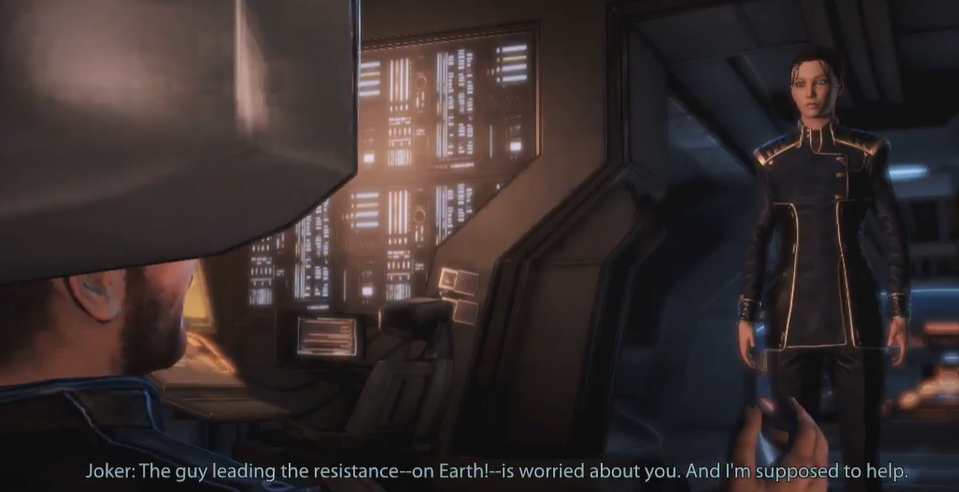 A Paragon choice has Shepard claiming they’re fine. Joker replies, “Like hell you are. You’re like half robot at this point.” Whilst Joker is referring to Shepard’s resurrection by Cerberus, I think it’s fair to say that he’s implying much more.

Emotional numbing is another common symptom of those experiencing PTSD. It’s a method in which you can shut off from painful feelings, but it may lead to deficits in “emotional responses or reactivity.” In that sense, a person might then be considered ‘robotic’ by their peers. Many of Shepard’s crewmates and allies are noticing this change. BioWare expertly crafted these interactions. The relationships with crew members was always a high point for the series; it serves this particular theme effortlessly.

This leads us to the most obvious way BioWare addressed Shepard’s trauma – playable and unavoidable dream sequences The subconscious of the character is made conscious to us. Effectively, it’s BioWare planting their flag in the ground. The game is crystallising that the Shepard of Mass Effect 3 is not the same as they were years before. They are burdened. They are damaged. They are struggling.

The sequences have Shepard chasing the child killed on Earth. Still trying to save them, still ultimately failing. All the while, ghostly figures pepper the landscape. Whispers can be heard from friends and comrades that have been lost in this fight. Some call out to Shepard, pleading with them. Others reiterate cherished phrases, depending on who you have lost upon the way.

The laboured pace of the sequences were called into question upon release. However, they’re repetitive by design. Those suffering from PTSD may experience nightmares as a form of memory consolidation, the brain’s attempt to learn from the traumatic event. It allows the dreamer to test new responses. Unfortunately, the result is the same. The child is lost, the past cannot be changed. One scene ends with the child burning into embers, with a forlorn Shepard again watching on. Uncharacteristically helpless. 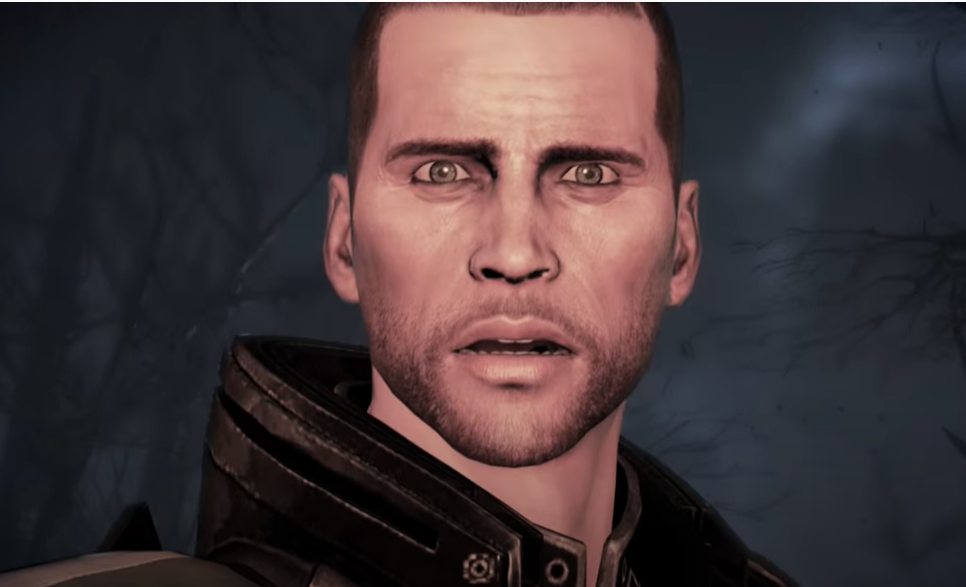 These embers illuminate Shepard’s agony. Loss can break people. Mass Effect 3 was brave enough to confront this devastation head on. This recognition led to a more humanised and nuanced protagonist. Instances like this elevate gaming. Our heroes aren’t invincible. They still suffer, but in spite of that, they carry on. Mass Effect 3 laid this bare. It should be remembered for this effort.