“We didn’t bring back Skull Town,” Respawn’s lead level designer Jeff Shaw explains to me when I incorrectly call new POI Relic ‘Skull Town 2.0’. “It’s very much inspired by Skull Town, but it’s not Skull Town, and we want to be clear on that.”

Apex Legends Season 14 feels like a blast from the past. We’re back to Kings Canyon, a smaller iteration of Skull Town has returned, and players who hit the level cap of 500 can start over to begin the grind all over again with second, third, and fourth prestiges. Season 14 has plenty of new changes though, so I caught up with Shaw and his colleagues to get the lowdown on managing third parties, why Skull Town went away, and whether self-res will return in the future.

Skull Town was removed nine seasons ago because it was “unhealthy” for the game, Shaw explains. Respawn’s data backed up what we all saw – that practically the entire lobby was landing on the iconic drop spot – meaning it had to change something. “The decision was made to just say, ‘okay, let's just make the map a bit smaller, annihilate this POI that is causing a lot of problems and start rebuilding parts of the map from there,’” he says. “And so we found after that was done, that the dispersion of where people were landing was a lot healthier.” When asked whether Respawn would remove Fragment in a similar manner, Shaw said, “no comment.” 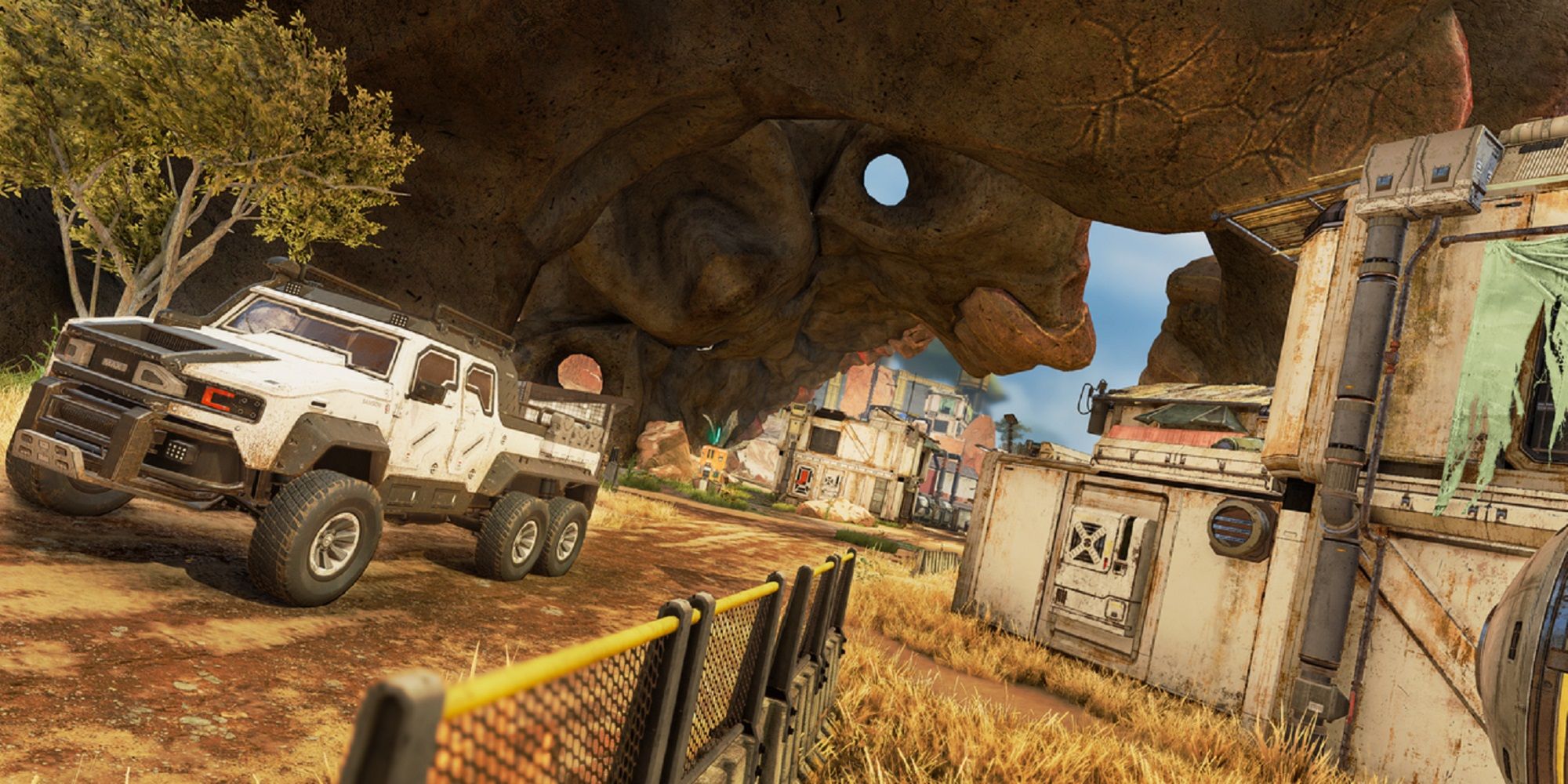 Relic’s smaller size seems unlikely to repel the majority of players, especially early in the season when excitement is highest. So why bring it back at all? “Apart from bringing it back for nostalgia, this is the type of gameplay people really love and that they miss from the map,” says Shaw. “But another big point of that was to come up with a creative solution to a problem that we saw. One of the issues we saw was how you could rotate from Octane, to Market, to Caustic Treatment and Salvage and that whole area. We felt it got really funnelly and you got funnelled into engagements, even if you wanted to avoid them.”

To combat the density of POIs in the south of Kings Canyon, Broken Relay has also had a glow up, adding more buildings and better loot. The revitalised spot, now called Basin, still hosts medium tier loot, but loot balance has been tweaked across the map to encourage players to more varied landing spots. 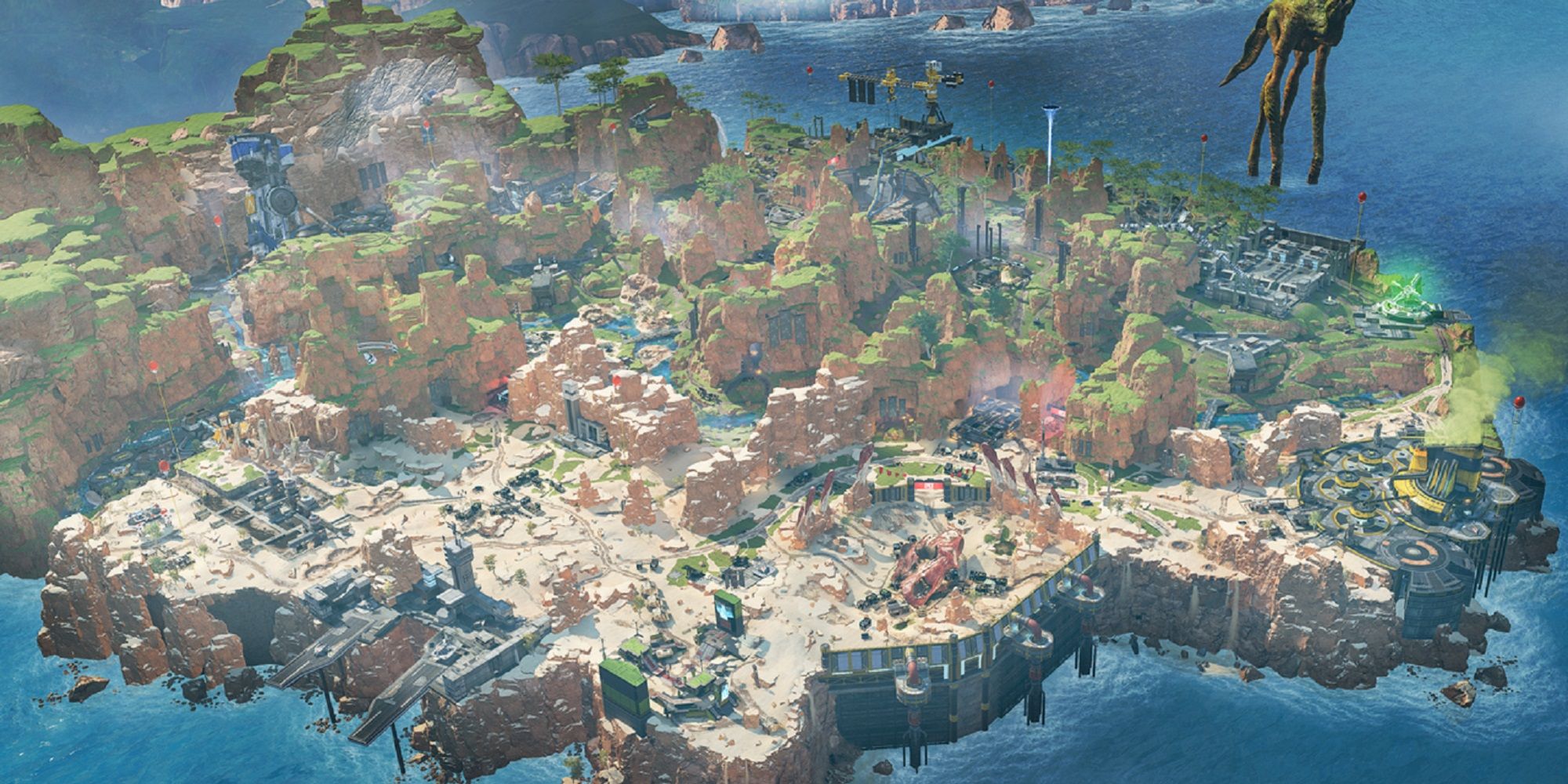 Despite Relic expanding Kings Canyon to the south, and Crash Site previously doing the same in the north, Apex’s original map remains the smallest. With a small map comes more third parties, which are incredibly annoying to deal with after an intense fight, and likely why many choose to hunker down with the likes of Caustic and Wattson to reset in safety. Shaw acknowledges this problem, but he’s wary of eliminating third parties from the game completely.

“We look at third parties as a healthy part of the game, but when third parties are happening too much in certain areas, we look at that as being a little bit of an issue,” he says. He explains that removing the buildings from Hillside Outpost should stop teams from hunkering down, and removing Redeploy Balloons from the centre of the map will eliminate the quickest way of rotating to charge into an injured team post-fight. The “choke hub,” as Shaw describes it, between Bunker, The Cage, and Hillside Outpost, has also been partially filled in, leaving teams with longer routes if they want to third party a fight they hear on the other side of Kings Canyon’s central mountain range. Unless they have a Valkyrie, that is. 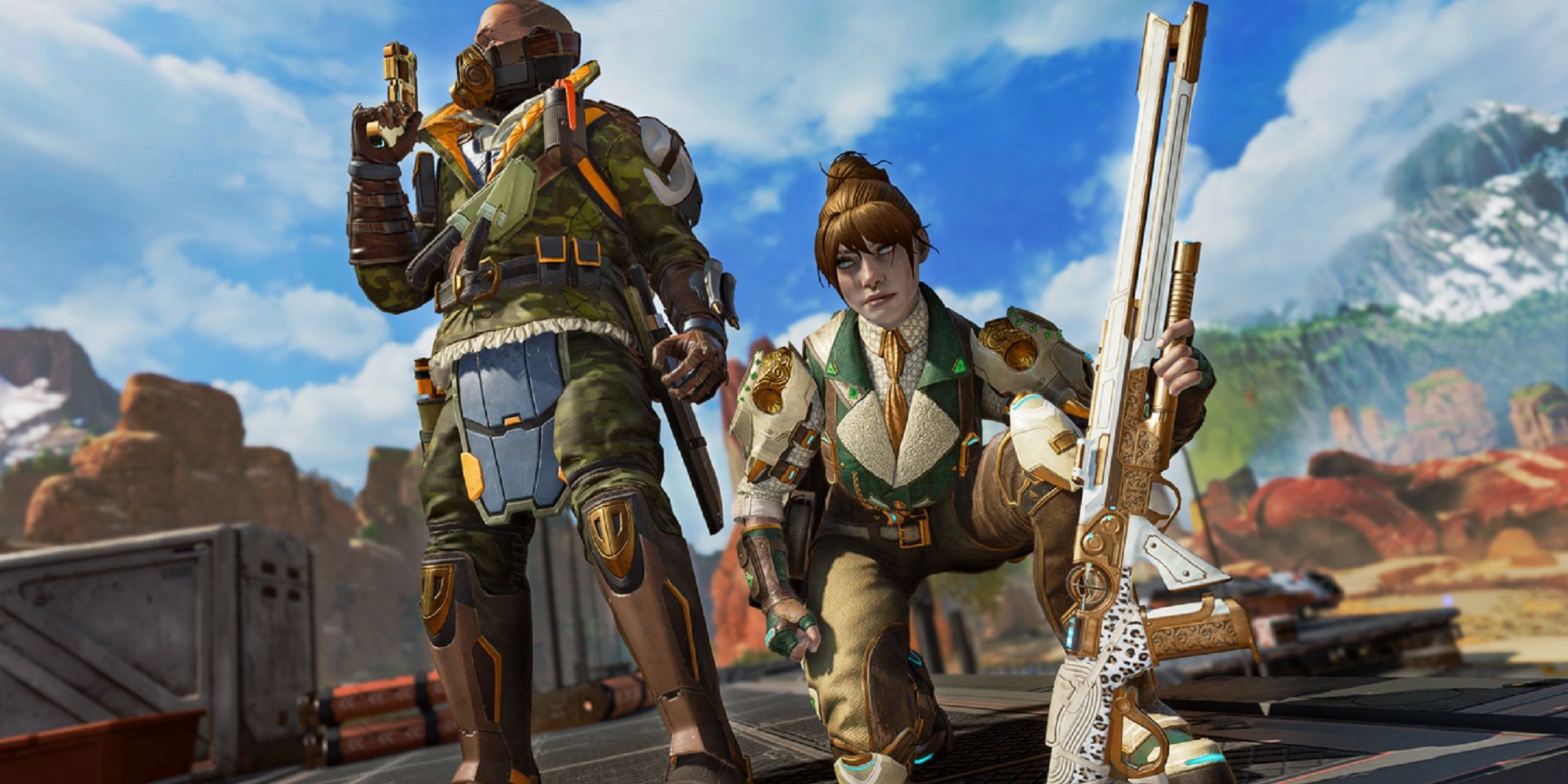 Hardcore players will know that Apex’s level system is capped at 500, after which you can’t progress any further. I asked systems designer Aaron Rutledge why it’s taken so long to increase the level cap, especially as the first increase, from 100 to 500, came so quickly after the game’s launch.

“I think it's just what percentage of the playerbase is near that cap,” he explains. “500 takes a while. And yes, there's people who play this as a career and they hit 500 very quickly, but that's not true for the entire playerbase. We want to kind of be cautious about when we expand that. And I think moving 500 to essentially 2,000 [the prestige system sees players regress to a new level 1 after hitting 500] is good around now. That's why we're doing this change now.

“Also, as we increase the Apex pack drop rate, that should be in proportion to the amount of content that we have. So in the first nine months, we had a very limited pool of skins that were even available for people to get – you don't want everyone just running out of stuff to open. So as the content pool grows, we can let out more Apex packs into the economy.”

Reaching level 2,000 (or more accurately, 500 for the fourth time) will see you earn 544 Apex Packs in total. This is crucially over the threshold to be given a ‘pity Heirloom’, the ultra-rare collectible cosmetics that have an obscenely low drop rate, but are guaranteed in your 500th pack if you haven’t already received one. “At launch, Heirlooms weren't even really a thing,” Rutledge explains. “And now they're like such a highly pursued item that we wanted to give everybody a chance to get that feeling of the red Apex pack opening experience.” It’ll take you a while to get there, though. 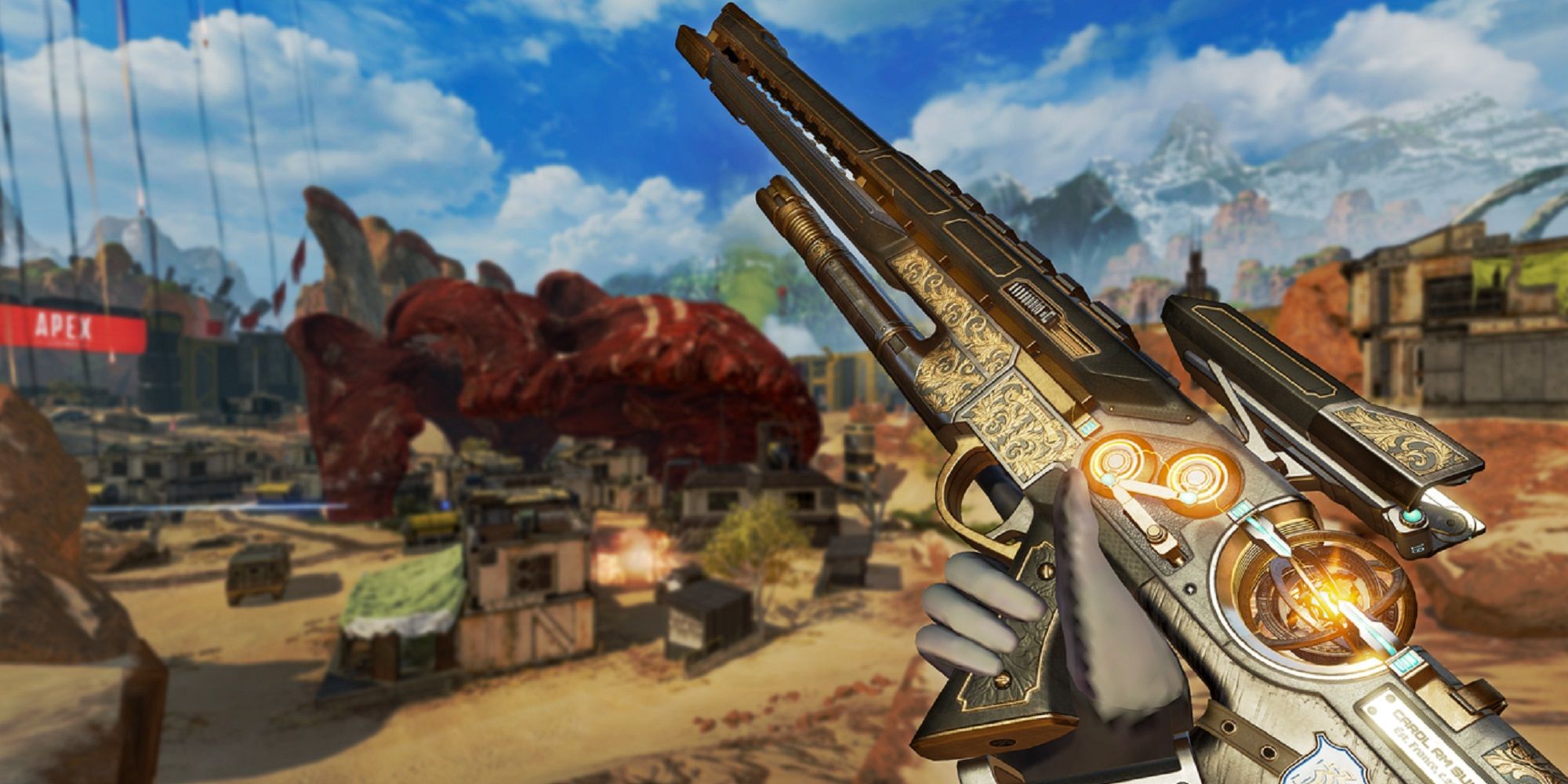 Season 14’s biggest changes, as with every season, are the weapons. The Rampage LMG and Bocek Bow are going into the Care Package (despite my protestations), in place of the G7 Scout and Volt SMG. Game designer Eric Canavese assured me that the Bocek heading to the package wasn’t a personal grudge, and that its buff will be “much more akin to the bow that we released for that very first week and then hotfixed down.”

He also told me that the Rampage won’t be fully-charged when you find it in the Care Package, despite Respawn testing that as an option. “We actually did try that early in our experimentation,” he says. “We even tried that it was free to charge so you still had to go through the window to charge but it wasn't just constant, but we found that it just disrupts things a little bit and then you get into this situation where you'll just always charge it. Ultimately it was a little bit unhealthy so what we ended up doing is we spawned it in the crate with a free Thermite.”

The other big news when it comes to weapons is the Wingman taking Sniper Ammo and the Spitfire switching from Heavy to Light. Both weapons are unchanged other than their ammo, so you’ll still be able to shred with those Wingman headshots, you just won’t be able to carry as much ammo for it – as Cavanese puts it, “it was just too easy to run with the heavy ammo and just like and the ability to span with two stacks for the whole game.” 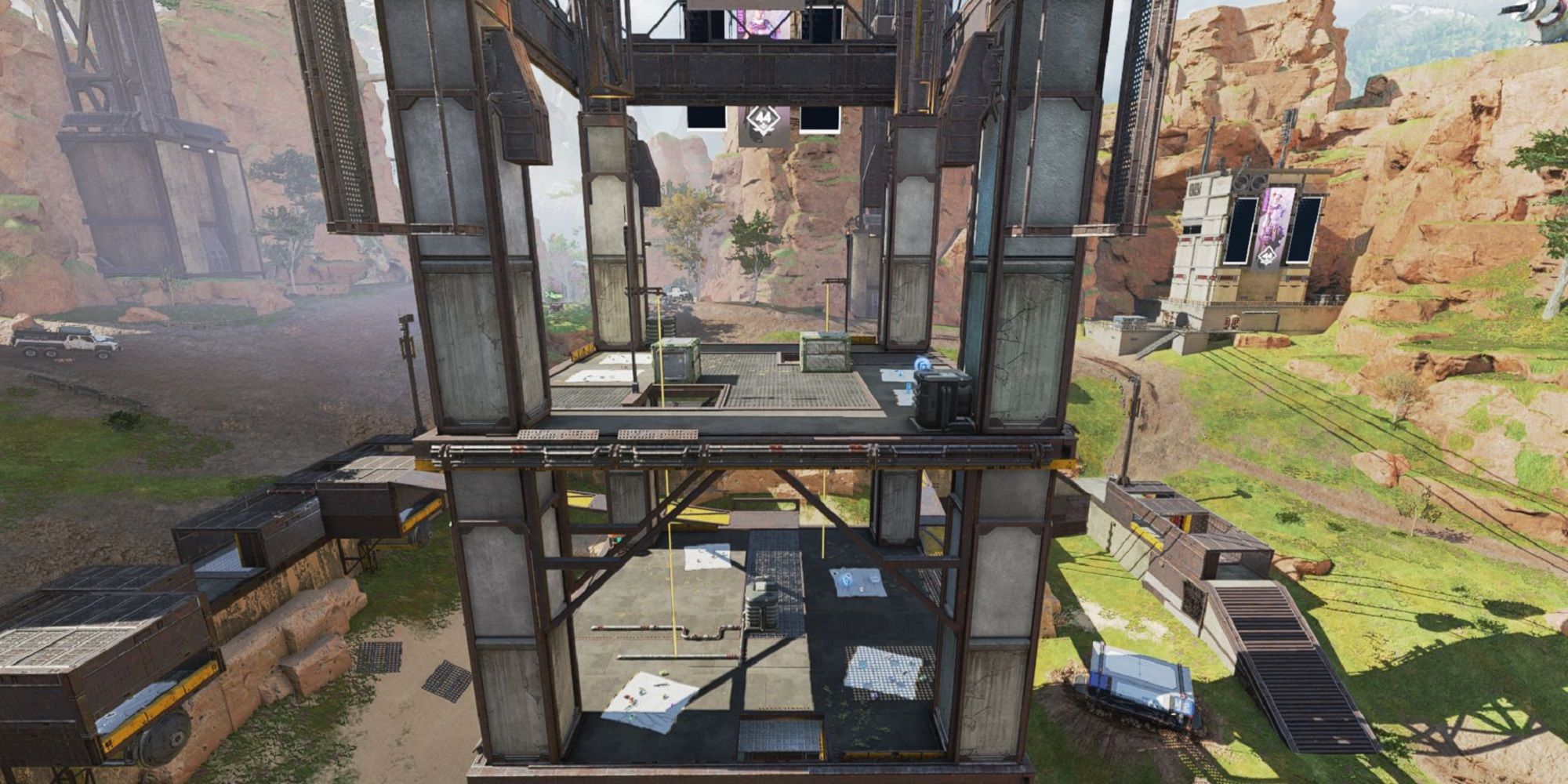 The Devotion and the RE-45 (complete with Hammerpoints) are in the Replicator for Season 14, the latter as “a little bit of an experiment” to try to funnel players into crafting an early game weapon. The final big change when it comes to loot is gold equipment. Gold Backpacks now allow you to stack three big meds rather than two, and its old mechanic that lets you revive teammates at half health rather than on a sliver has been moved to the Gold Knockdown Shield. That means self-resurrection is out – something pro players have been complaining about for a long time – but is it gone for good?

“We listen to our community, and it's important that we show that we're listening, but we're not going to do everything that the community wants,” says Cavanese. ”And this isn't just something to appease the community, this is something that we feel will benefit the health of the game, the ranked integrity, and professional play across the board. When we see there's a fair bit of negative sentiment around something, we will look at it and we will come to our own conclusions on the health and stuff like that.

“We did that with self res and came to the conclusion that we can come up with something else and try it out. If it doesn't work, maybe we'll go back to self res, who knows? But we're always up for trying stuff new and we don't want to be scared to respond to that and give new things a shot in the game.”