It's obvious almost immediately that something is wrong with Colonel Campbell. Up until this point our beret-clad mentor has been a wise, reliable, and level-headed guide, helping rookie operative Raiden infiltrate the Big Shell offshore decontamination facility—mirroring his relationship with Solid Snake during the Shadow Moses incident. He's always on hand to share his wisdom, about weapons, espionage, politics, history, or military tactics. But now, trapped in the belly of Arsenal Gear, our dear old colonel is not quite himself.

At this point in the story, Raiden is having a very bad time. He's just learned that his girlfriend is a spy hired by the Patriots, and that she's pregnant. He's trapped in a giant submersible fortress that has crashed into downtown Manhattan. He narrowly escaped being tortured and is now being hunted by spec ops ninjas. All his gear and weapons have been taken away. Oh, and he's naked. This would be a trying time for anyone, and then he receives a codec call from Campbell that turns everything he knows about himself and his life upside down.

"Raiden, turn the games console off now!" Campbell says in a raspy, distorted voice. It sounds like him, but there's something uncanny about it. "The mission is a failure, cut the power right now." Then, his voice growing more disjointed, he talks about a time he was driving alone at night and saw a "glowing orange object in the sky." There was an intense light, he says, and then he woke up at home. A classic alien abduction scenario—but presented entirely without context. It's so surreal, and so out of the blue, that it becomes utterly disorientating.

The soundtrack doesn't help. Throughout these scenes a haunting piece of music by composer ​​Norihiko Hibino plays alongside Campbell's barrage of unsettling non-sequiturs. This eerie track, titled Arsenal's Guts, ismade up of synthesised choirs overlaid with kabuki-like chanting that occasionally warps and pitch-bends to sinister effect. The combination of this ominous music and the unhinged dialogue is palpably weird, making you feel just as creeped out as Raiden. I've always said Kojima has a knack for horror, and this is evidence of that.

Campbell starts listing Japanese train stations, quoting lines from previous Metal Gear games, and spouting reams of troubling gibberish. "I hear it's amazing when the famous purple stuffed worm in flap-jaw space with the tuning fork does a raw blink on hara-kiri rock," he says. "I need scissors! 61!" While all this is going on, Raiden remarks that he's never met Campbell in the flesh before, which is a pretty big clue about what's really happening. The twist is that this isn't Roy Campbell at all—it's an AI replica of him that has begun to severely glitch out. 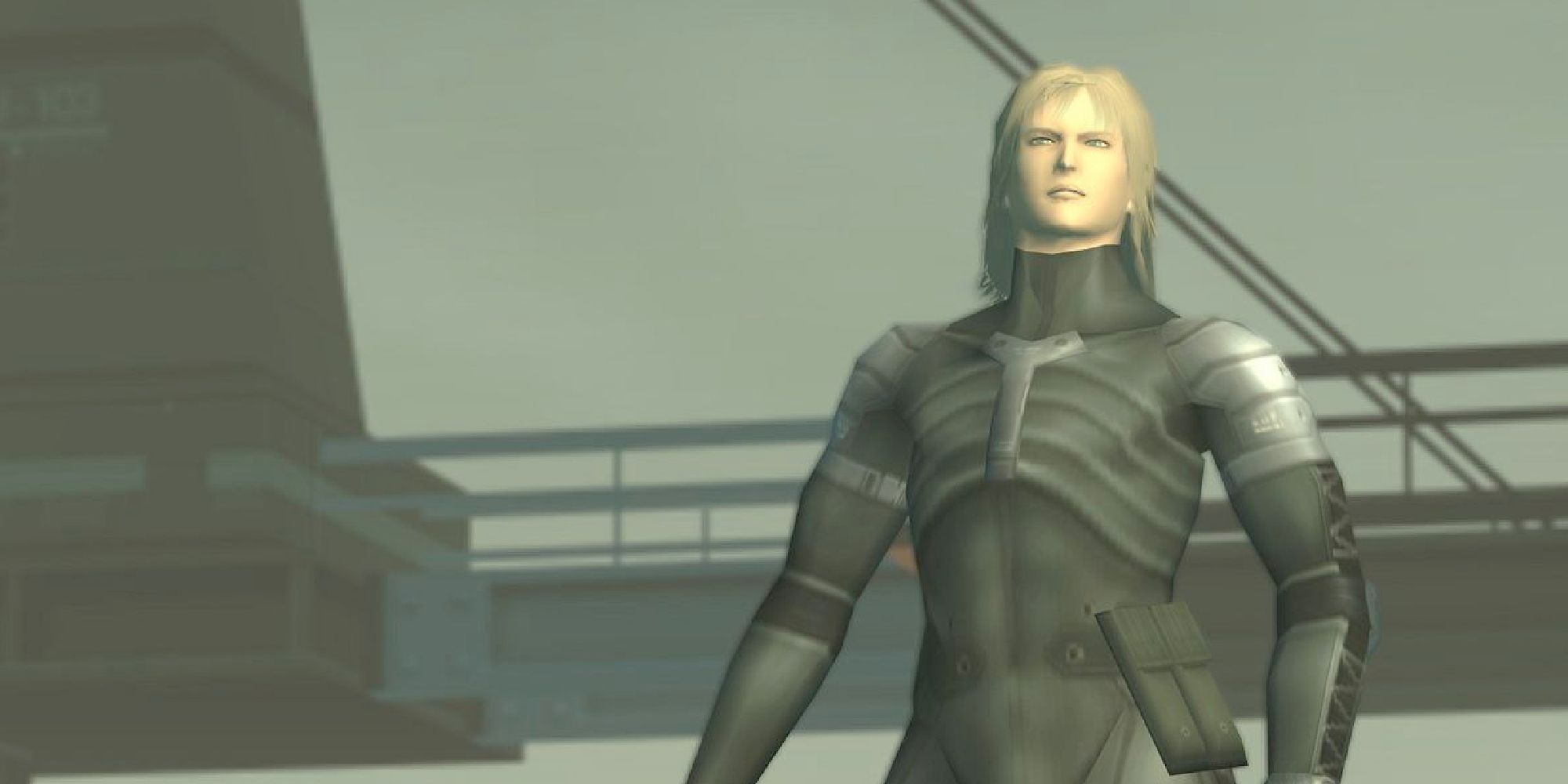 This is everything I love about Metal Gear Solid and Hideo Kojima's brilliant, baffling brain. It's scary, it takes great delight in shattering the fourth wall, and it's a twist so convoluted you'd never see it coming. I remember the first time I saw it. I wondered if I really should turn my PS2 off. I was playing late at night, in the house alone, and it really got under my skin. His voice. That music. The mind-bending, nonsensical dialogue. It freaked me out—and it still does. I have Arsenal's Guts playing in the background now and it's making me feel uneasy.

The whole final act of Metal Gear Solid 2 is a monumental head fuck, and a prime example of why the series' golden PS2 era was so special. No one else was doing shit like this, and no one really has since. There are a lot of reasons why Sons of Liberty is one of my all-time favourite games, but whenever I think back to it, it's always the artificial colonel's glitchy, disturbing freakout that my mind latches onto. If the rumours are true and Kojima Productions is secretly making a horror game, I hope Hideo channels some of this deeply cursed energy into it.