As far as PC goes, the minimum memory requirement to install it is 4 GB. In the listing on Steam, it is recommended that you have at least a 64-bit processor and operating system. There are several different options available for pre-order, including the Resident Evil Village Bundle (including Village, Re:Verse, Mr. Racoon Weapon Charm, and Survival Resources Pack), and the Deluxe Bundle which will also include the Trauma Pack. The Trauma Pack includes memorabilia such as the Samurai Edge weapon, the Mr. Everywhere accessory, a screen filter, special safe room background music, and more. 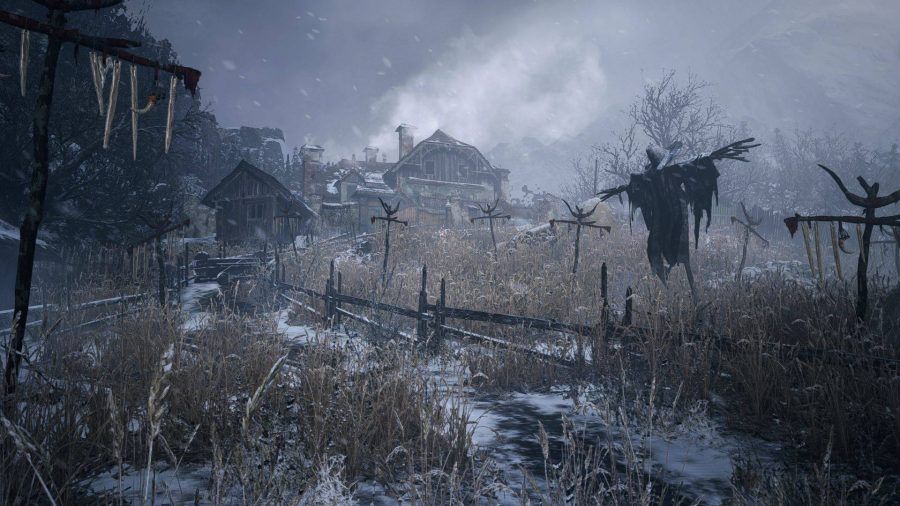 There was also a recent announcement that AMD has partnered with Capcom to bring ray tracing and AMD FidelityFX to Resident Evil Village on PC. Through this, the optical effects will be more realistic, and there will be soft shadows and improved ambient occlusion.

In terms of the story, the plot is set a few years after the events that occurred in Resident Evil 7, and it will follow Ethan Winters and his new life with his wife Mia. Obviously things aren’t going to stay peachy for too long, but in addition, it’s been teased that there are going to be some major twists coming up for Ethan. Director Morimasa Sato said that this will be “the biggest surprise” fans could imagine for Ethan, so we’re a bit worried for what that’s going to mean. No other details were given, but we imagine it’s not going to be a pleasant twist.