Monster Hunter Rise has some brand new beasts for you to go up against, and the Chameleos is just one of the big new dragons that you’ll have to work on taking down in order to once again say that you’ve taken down every creature in the game.

MH Rise’s Free Title Update 2.0 launched just the other day, and now we’ve got loads of brand new monsters roaming the various areas in our games, and Chameleos is one of the first dragons that you’ll be going up against.

Chameleos is tough, but certainly not impossible. If you’ve already crafted some gear based on the end-game monsters of MHR, then you should be able to walk through this challenge easily enough. That is, as long as you’re prepared and equipped with the gear we specify in this guide. Just read below for the Chameleos info you need before fighting with the beast. 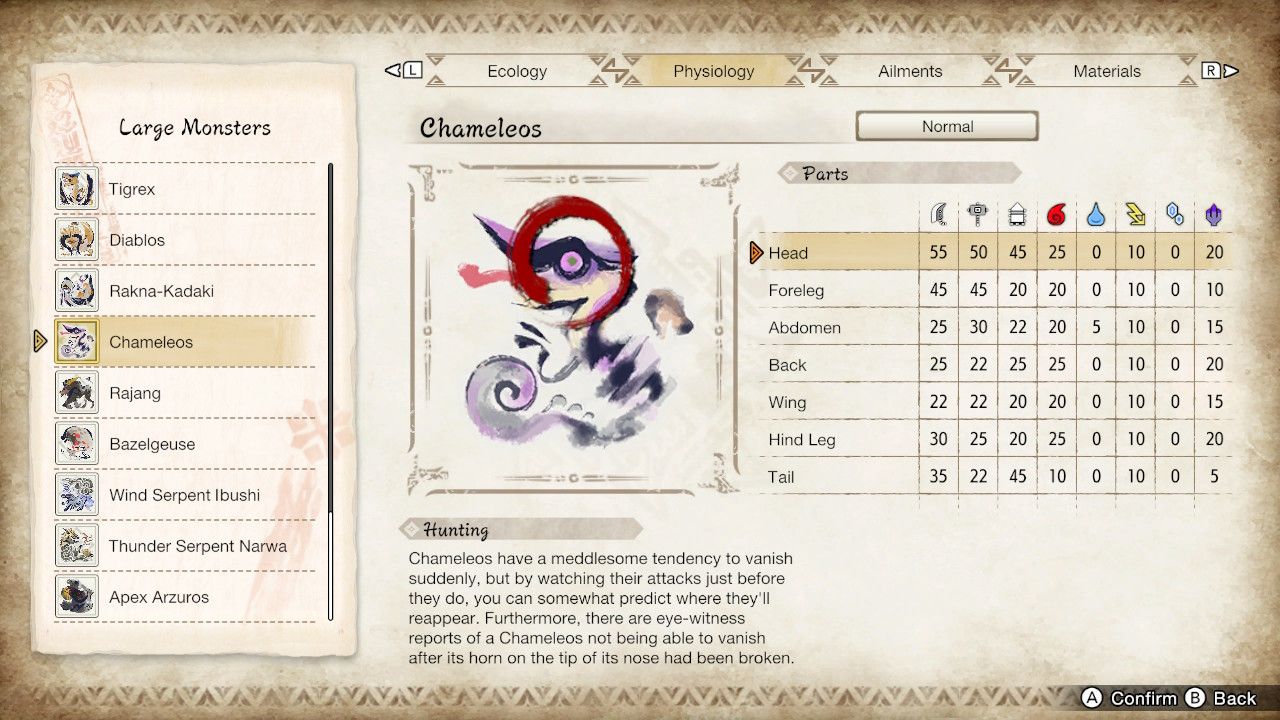 Chameleos may seem like an easy target, but you should be aware that the incredibly tough hide of this monster can be incredibly frustrating, unless you have a weapon skill that allows you to slice through hides that would otherwise deflect your weapon.

Chameleos is ruthless, but not necessarily the most difficult monster to hunt. Ammo-based weapons are actually great for this particular fight, otherwise you should go for a blade, as hammers bounce off the large hide far too easily.

Chameleos deals in various gasses, including fogging up the entire area with the amount it exerts. This makes it a unique fight. The gasses will make it harder to see, and when it vanishes it will move rapidly to surprise you upon reappearing. This is why staying back with an ammo-based weapon is good. Make sure to prepare to deal with Poison and Sleep.

In order to use an effective element in this fight, you’ll need a weapon imbued with either Blast or Fire damage, as both Blast and Fireblight are particularly effective against this monster, with Blast being slightly more effective overall. Dragon-type damage will also work well. 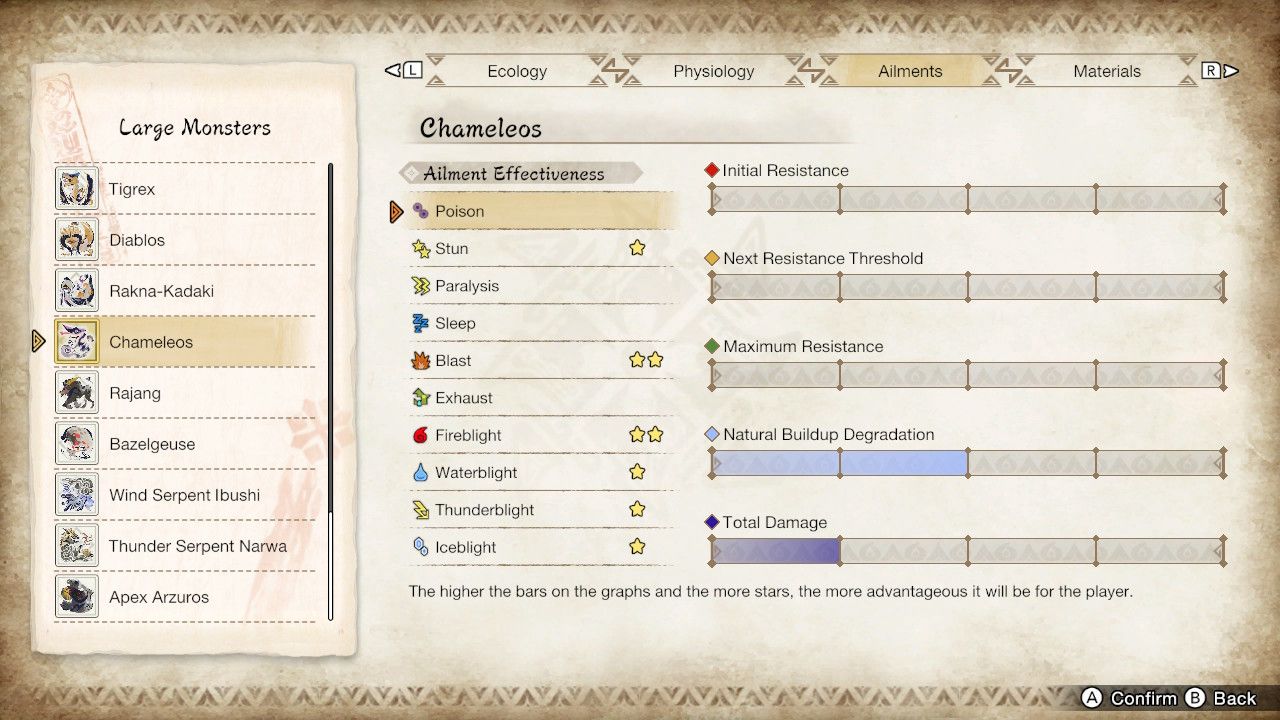 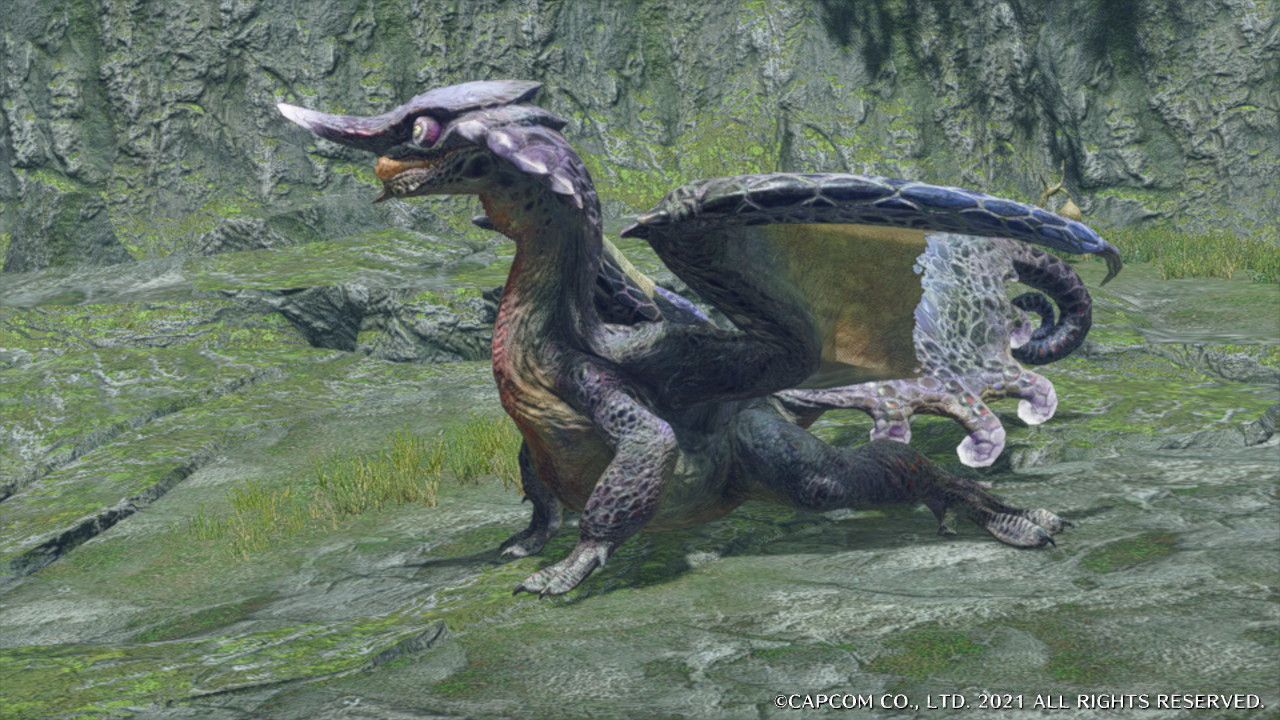 Weapons are fairly easy to decide on for this fight. If you’ve already been farming the recently released Bazelgeuse, then you’ll find weapons like the Rookslayer Saber have high attack and decent Blast damage. Otherwise, other Fire-based blades, like those from the Anjanath and Rathalos trees, are excellent choices. If you’re using an Ammo-based weapon, then you can use any weapon you like, as long as you use ammo with Fire or Blast coating.

For armour it’s a tougher choice. The Chameleos doesn’t specialise in a particular element, instead you need to focus on using a loadout that specialises in either excellent ammo-based weapon skills, or for melee hunters, just focus on overall defence, so you can tank those surprising hits.

During the fight, target Chameleos’ nose in order to shut down its invisibility trick.