Monster Hunter Rise: Sunbreak features dozens of side quests you can complete to unlock various rewards, from new weapons to Layered Armor outfits. Shortly after arriving in Elgado Outpost, you can take on the quest Lagombi in the Moonlight, which tasks you with capturing a Master Rank Lagombi.

This quest can be accepted from Azuki the Cook near the canteen in Elgado, after completing the Urgent Quest Provoking an Anjanath's Wrath. Let's take a look at how to complete the Lagombi in the Moonlight side quest, and what the rewards are for doing so.

Lagombi In The Moonlight Side Quest 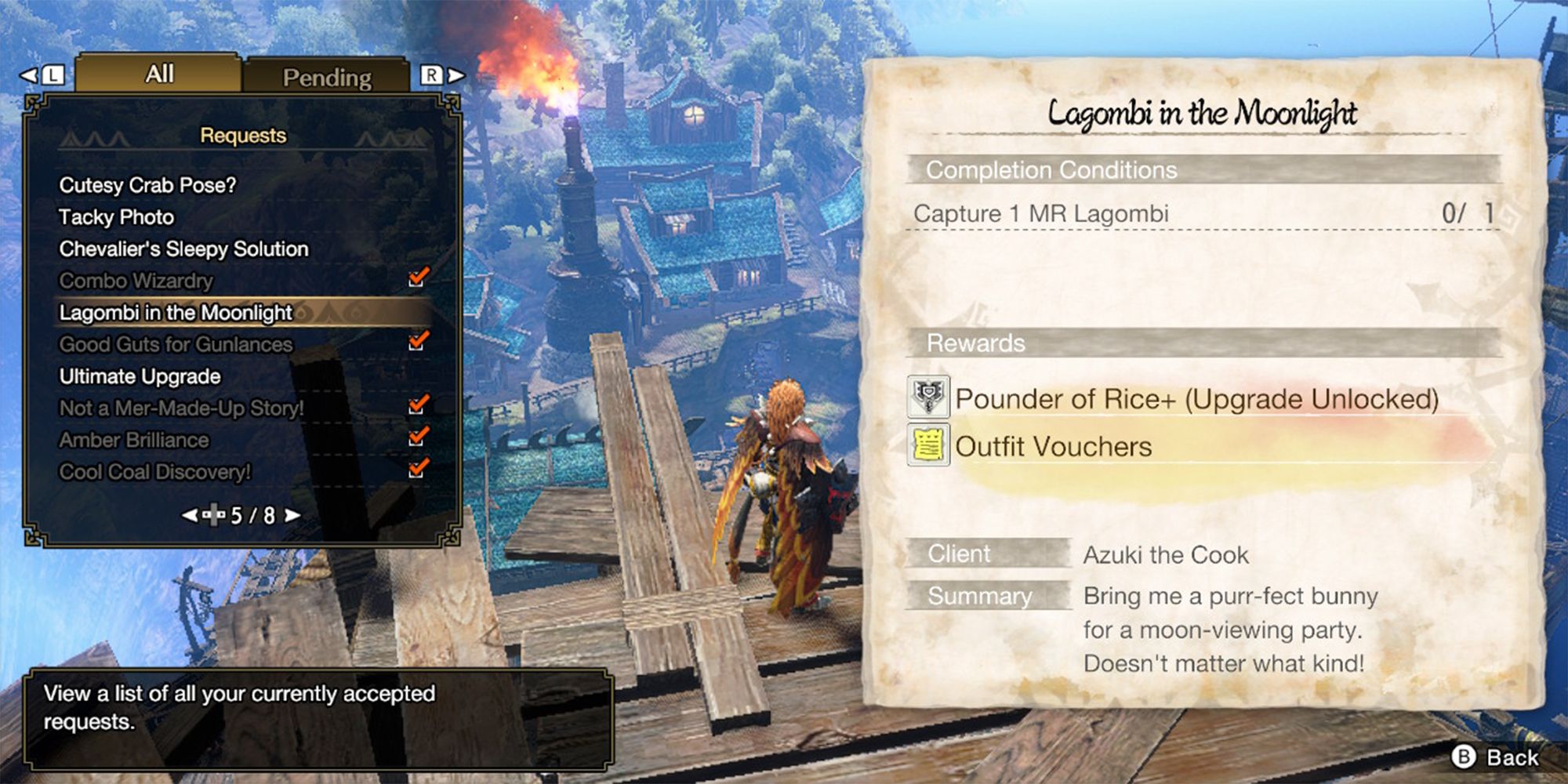 To complete this side quest, you'll need to capture a Master Rank Lagombi. This can be done on any quest where Lagombi appears, including on Expedition Tours. The earliest quest a Lagombi appears in is BRRRR Plus ZZZzzz Equals?, in which you must hunt a Lagombi and a Great Baggi. Alternatively, you can undertake any of the quests listed below. 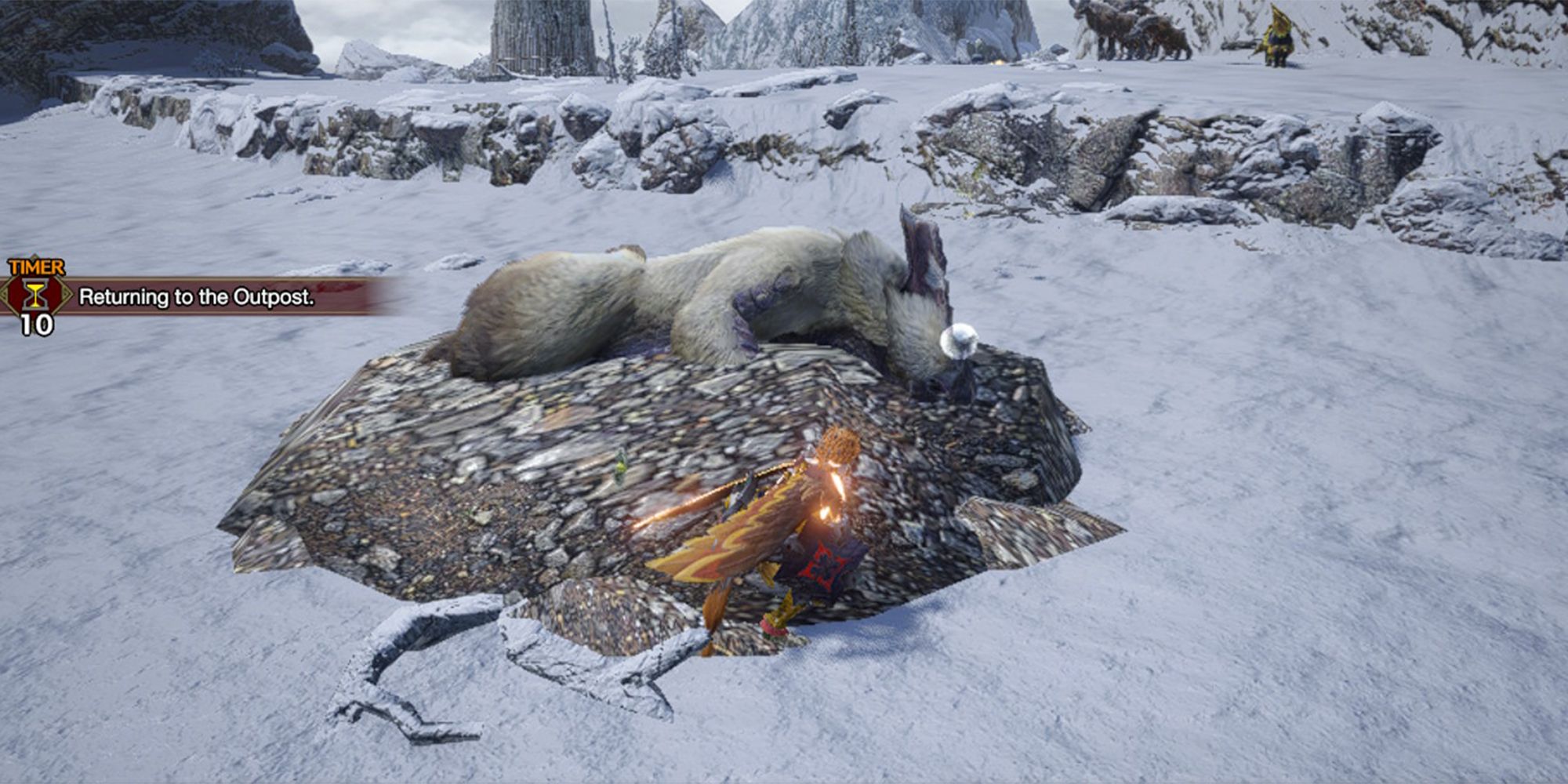 After you've undertaken any of these quests, your next objective is to capture the monster. Lagombi is weak to Fire, so bring a strong weapon with this element to weaken the monster. Then, when the blue capture-ready symbol appears, prepare a Pitfall or Shock Trap near the weakened Lagombi. When it is ensnared in the trap, throw two Tranq Bombs at it to successfully capture it. Be sure not to attack the monster too much after it is ready to be captured, as you may risk killing the monster.

Lagombi In The Moonlight Side Quest – Rewards 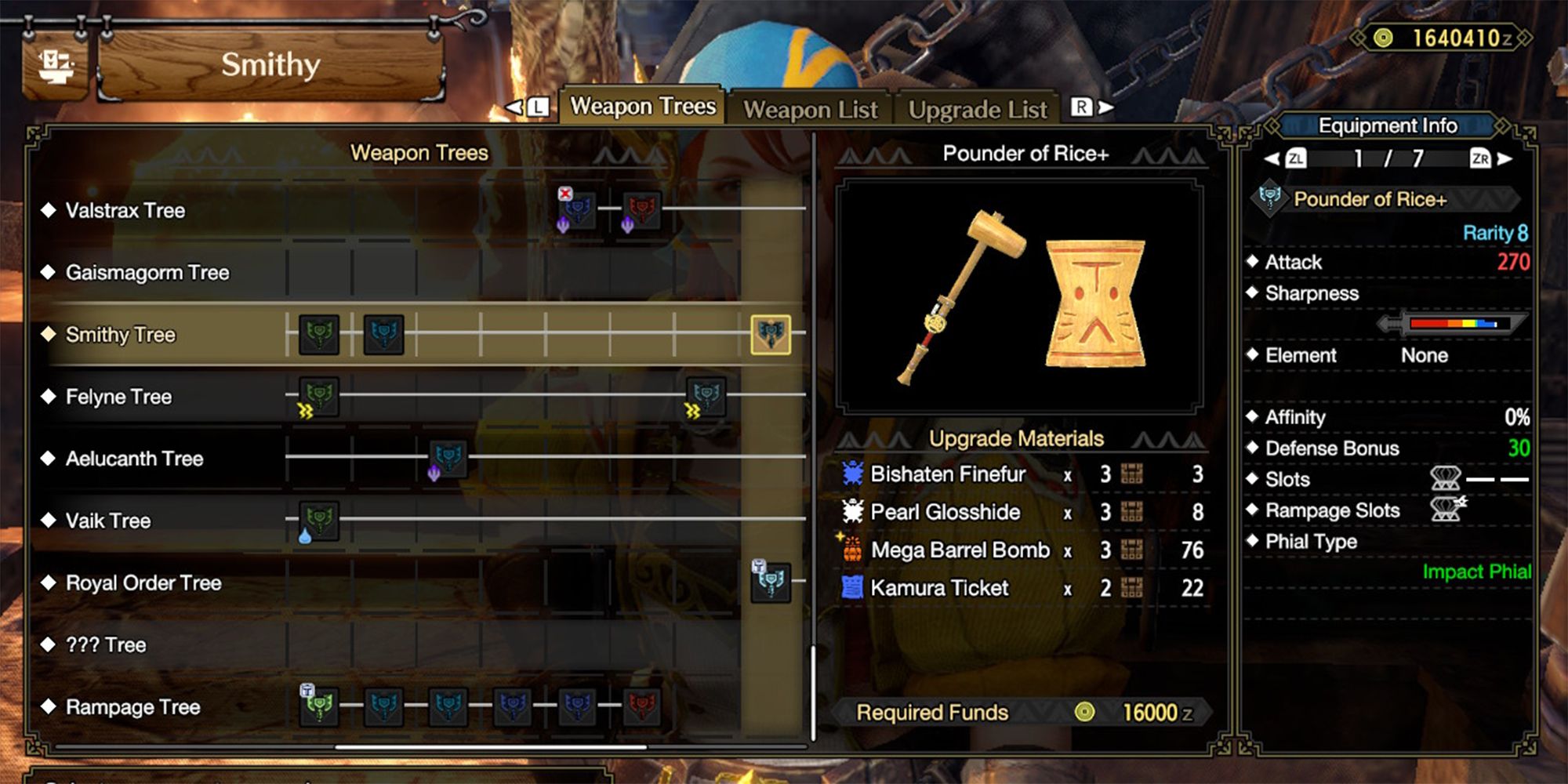 In addition to unlocking the recipe for this weapon, you will also receive ten Outfit Vouchers for completing the quest. These can be used to craft Low Rank and High Rank Layered Armor.