One of the rarest subspecies in the Monster Hunter World is the Gold Rathian, and if you were hoping the game would clue you in on how to track down its location then you’ll be sorely disappointed. You’ll need the help of our guide to meet all the requirements the game keeps hidden from you to finally face this rare beast.

Of all the giant flying creatures in the Monster Hunter World, the Rathian is arguably the most recognizable, second only to her male counterpart the Rathalos. You’ll come across this fire breathing wyvern in the Ancient Forest and Wildspire Waste as the target prey of many quests in the game, but the much less common Gold Rathian isn’t one you’ll simply stumble across on your travels. You’ll need to be an experienced hunter to even get a shot at tracking this monster down, and even then you’ll still be pushed to the limits.

Be warned that there will be some minor spoilers ahead for endgame monsters and encounters.

How To Hunt The Gold Rathian In Monster Hunter World 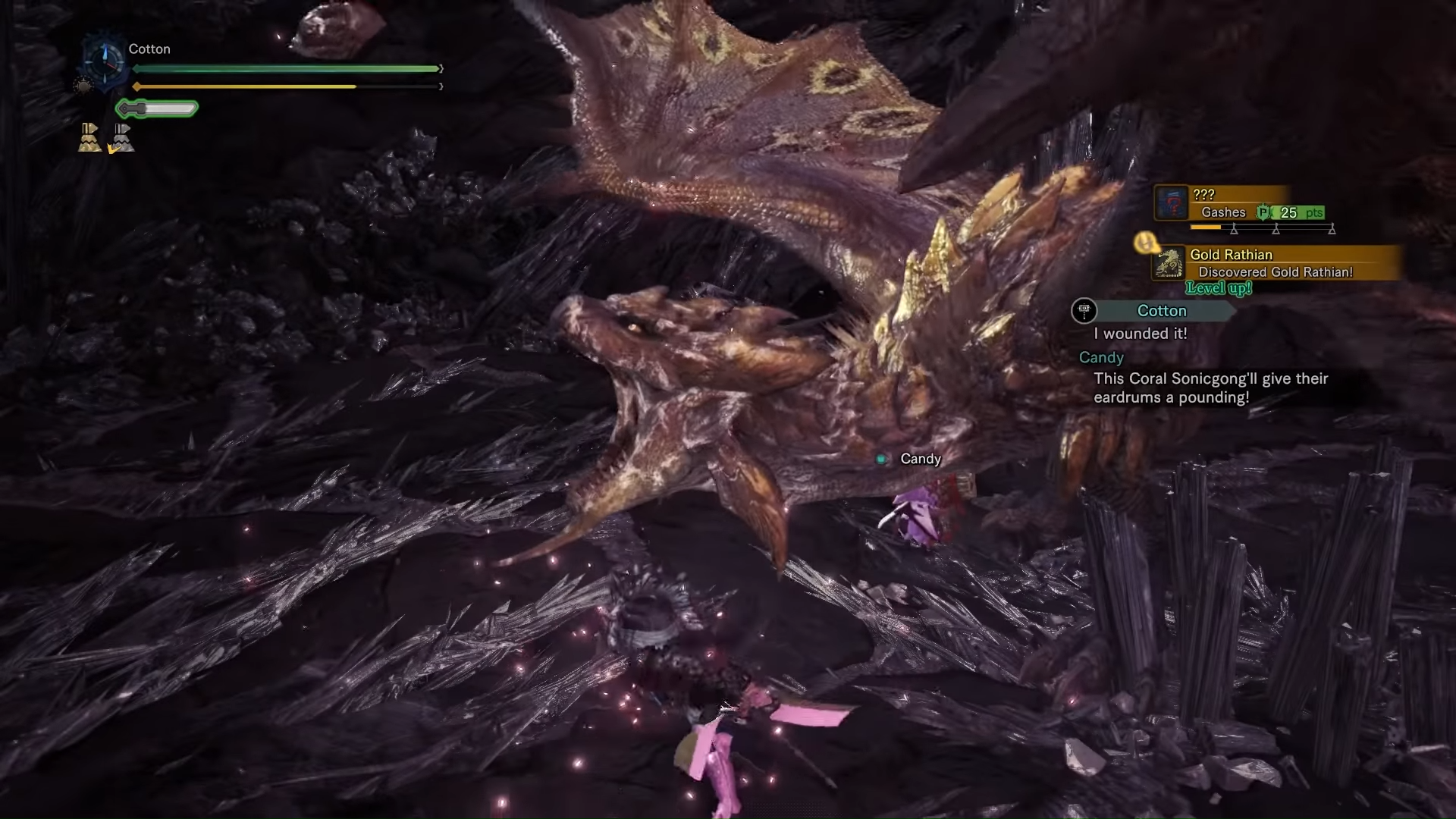 Before you even consider going after the Gold Rathian, there are a few requirements you’ll need to meet. First is to have unlocked access to the Guiding Lands, which is done by successfully hunting the Shara Ishvalda. This is essentially the game’s final boss that you’ll fight after your first encounter with Ruiner Nergigante. The quest you’re given following that fight will bring you to the Guiding Lands where you can begin preparing to locate a Gold Rathian.

Level Up The Guiding Lands

Each zone in The Guiding Lands has its own level that you can manipulate by fighting more monsters within them. The more monsters you fight in a zone, the higher that zone’s level becomes, but that will also slightly lower the others. What raising a zone’s level does is increase the chances of higher class monsters to appear there. So, with the Gold Rathian spawning in the desert region of The Guiding Lands, you’ll need to raise that zone’s level to six. Sounds simple enough, but you might notice an issue with that. Upon reaching The Gilded Lands you can only level them up to a max of four. 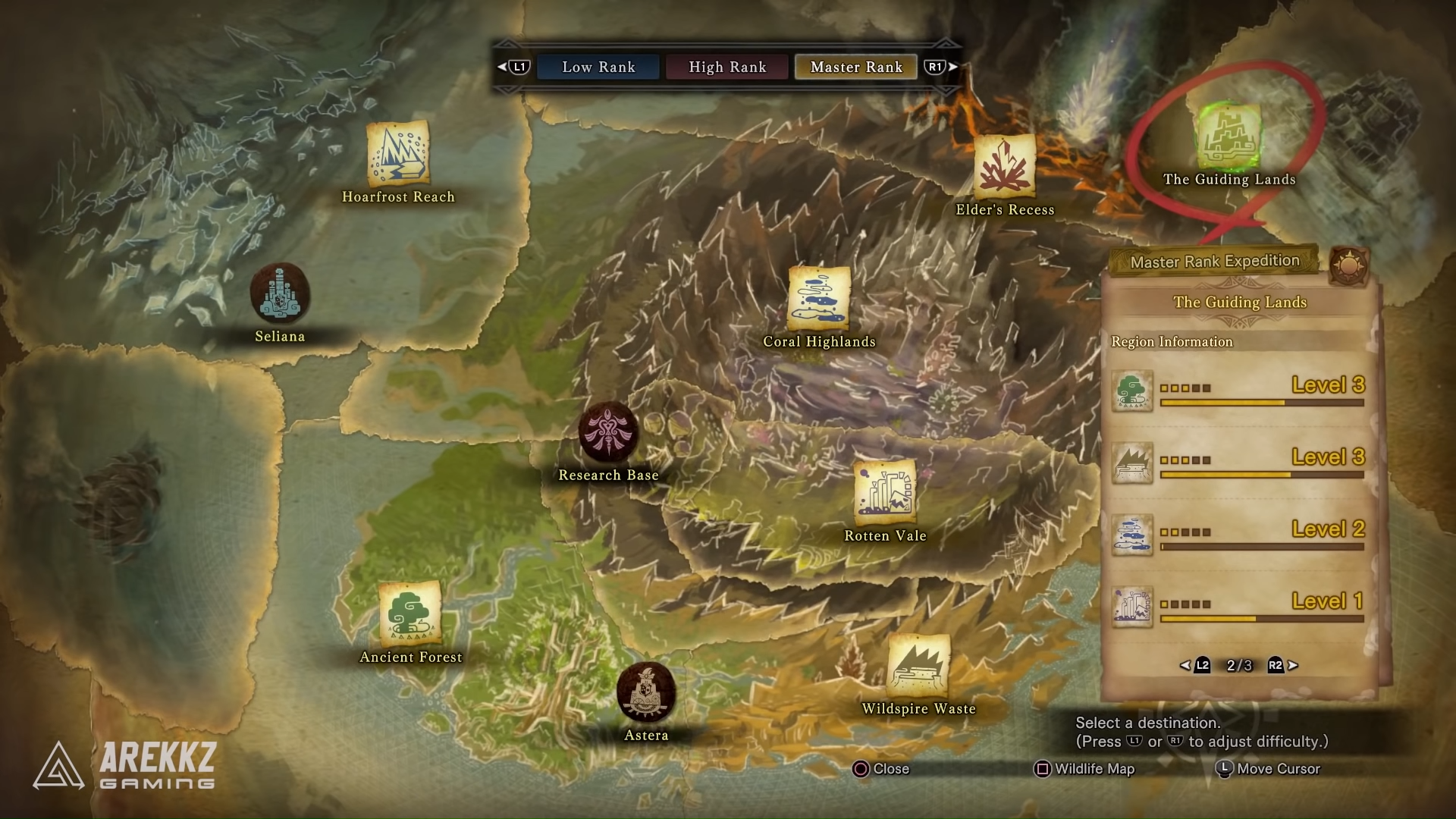 To even be allowed to level up The Gilded Lands to six you will need to reach Master Rank 69. So, that means you’ll need to start taking on new special missions to hunt down tempered monsters and event quests with bonus HR/MR rewards to grind your Master Rank up high enough. The Gilded Lands themselves is a great location to grind your rank, as well as raise their zone levels while you’re at it. Just don’t forget to cash in with the Handler between big hunts so you don’t accidentally die and lose out on your rewards.

Once you’ve hunted your way up to Master Rank 69 without making a single pun, speak to the Field Team Leader back in Seliana to get a new assignment, allowing you to up your Master Rank one more level as well as increase the level cap to six on The Guiding Lands. 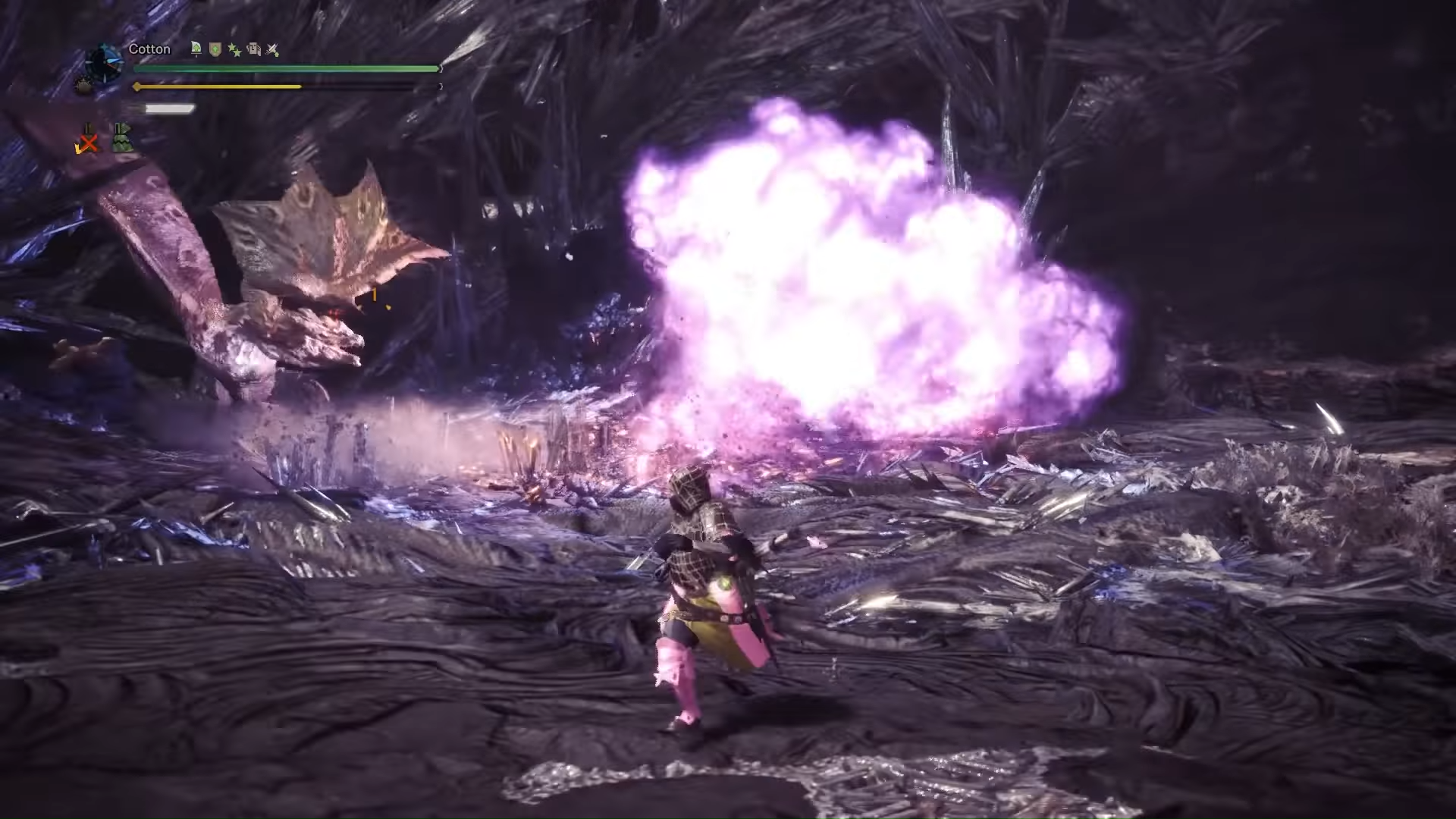 Now the real hunt can begin. Start out by heading into the level six desert area in The Guiding Lands and start your investigation by searching out Gold Rathian tracks. Just like with any other monster investigation, you need to investigate some tracks to create more investigation quests to take on back at your base, and there’s no guarantee that the tracks you’ve found will lead to a Gold Rathian. Keep searching the area and occasionally heading back to base to see if you got lucky.

It is possible to also just run into the Gold Rathian out in the wild if you’re on a hunt, so make sure to check your quest board for a target listed as “???” to take it on.

Once you actually encounter the Gold Rathian, you should be more than prepared. It doesn’t behave too differently from a typical Rathian, though it does have one unique move where it can engulf itself in flames which buffs its fire and tail attacks. If you want to disable that move you’re going to need to focus your attacks and break its head. Otherwise, remember to stock up on Herbal Medicine and Antidotes to deal with any poison you’re likely to get hit by and you’ll finally take down this elusive creature.

Related posts:
09/07/2020 News Comments Off on Monster Hunter World Gold Rathian Unlock, Location, Guide
Hot News
Mafia: Definitive Edition Review – Loyal To A Fault
Fortnite Gorger Locations: Where To Destroy Gorgers And Gatherers (Week 5 Guide)
Nier Replicant coming to PS4, Xbox One, and PC in April
Gorgeous New NieR: Automata Statue Revealed
Will CBD Oil Make You High?
Recent Posts
This website uses cookies to improve your user experience and to provide you with advertisements that are relevant to your interests. By continuing to browse the site you are agreeing to our use of cookies.Ok