A new Magic: the Gathering set means one thing. New. Commander. Decks. Streets of New Capenna brings not one, but five preconstructed commander decks that are out of the box ready to have some fun with. However, like with any precon deck, there are always improvements to be made!

Of course, theory crafting on how to upgrade a deck is one thing, but actually doing it can often lead to an issue: money. So, what are the upgrades and replacements you can make to the new commander decks on a budget? That’s what you’re here for right? Then let’s get started with the red, black, and green blitz deck, Riveteers Rampage, helmed by the big bad devilish rogue himself, Henzie “Toolbox” Torre. 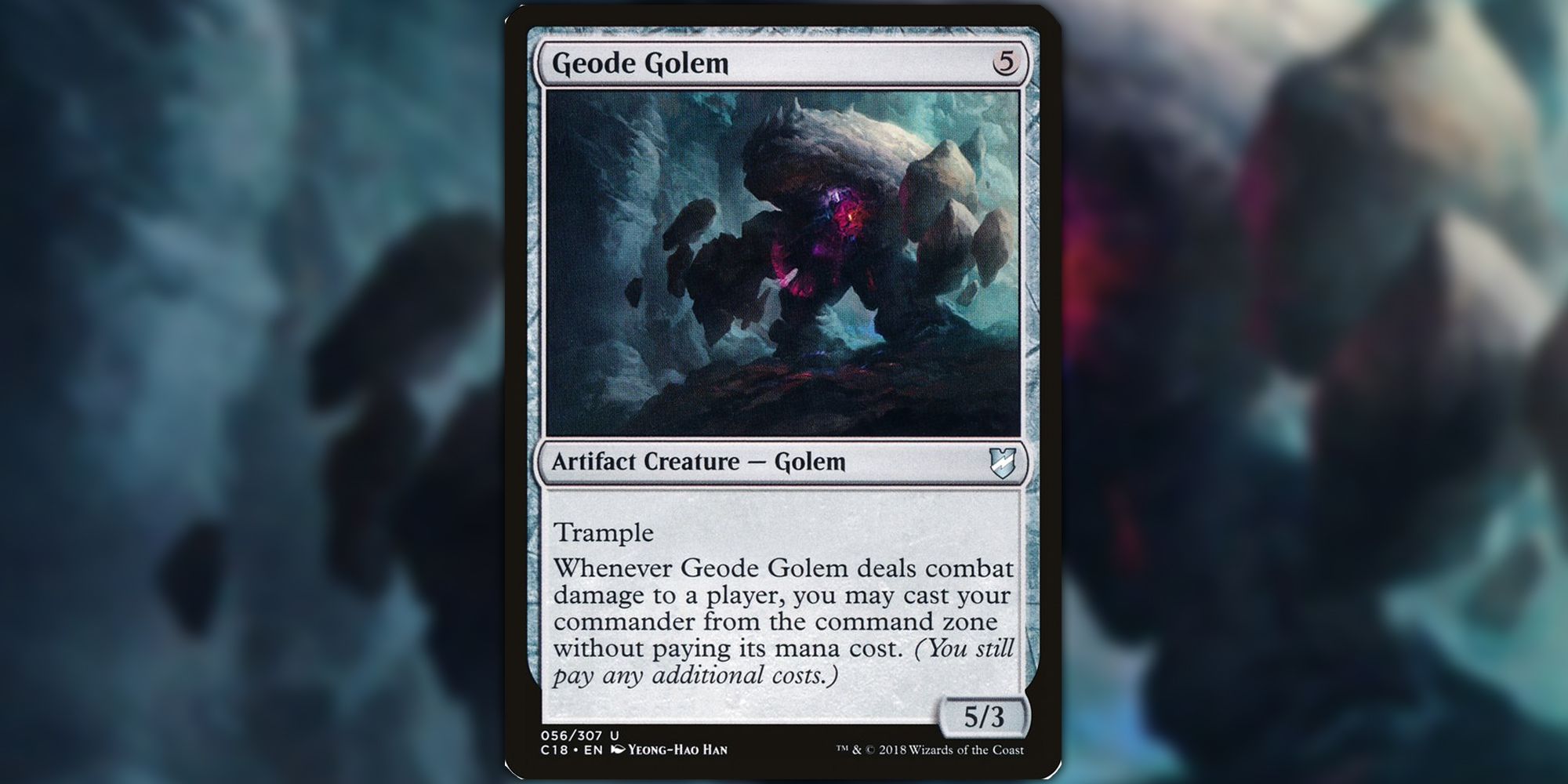 Henzie gives any creature in your deck blitz, with its blitz cost equal to its mana cost. Except, each time Henzie is cast from the command zone, that blitz cost is decreased by one colorless mana. And that means big bad artifact boys.

Geode Golem is an excellent candidate with some great synergies with any commander. A 5/3 with trample that lets you cast your commander for free when it deals combat damage to a player makes it great to get Henzie out, especially when his mana cost starts getting up there. 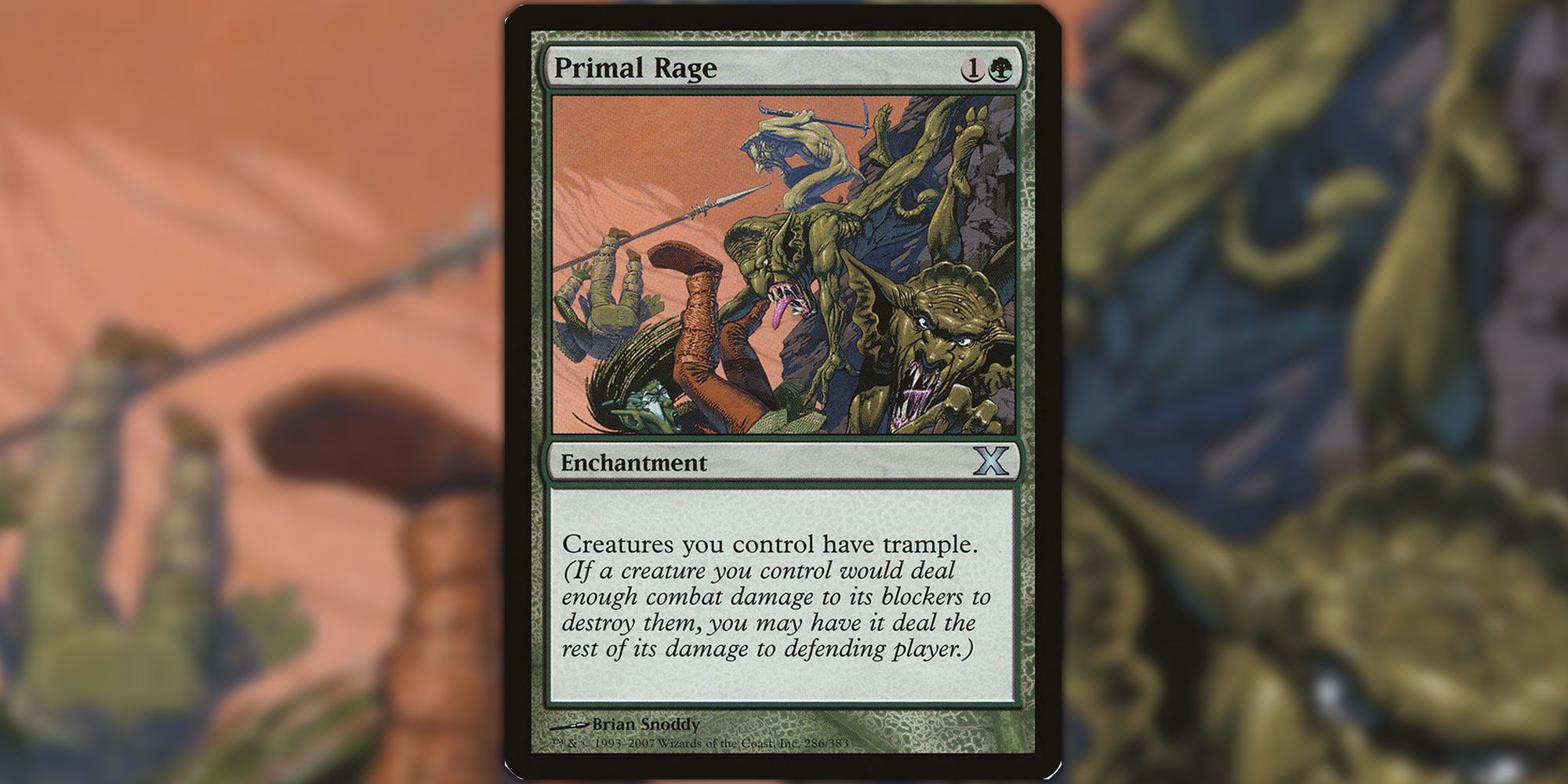 Green excels at having big creatures, and this deck is no exception. Especially with cards like Treeshaper Chimera. However, nothing feels worse than having a large creature on the field just for it to be blocked completely by a 1/1 creature, or worse, a token.

That’s why trample is such a great thing to have for any deck involving damage that comes hard and fast. Enter Primal Rage, an enchantment that gives all your creatures trample and ensures you can attack face every time. 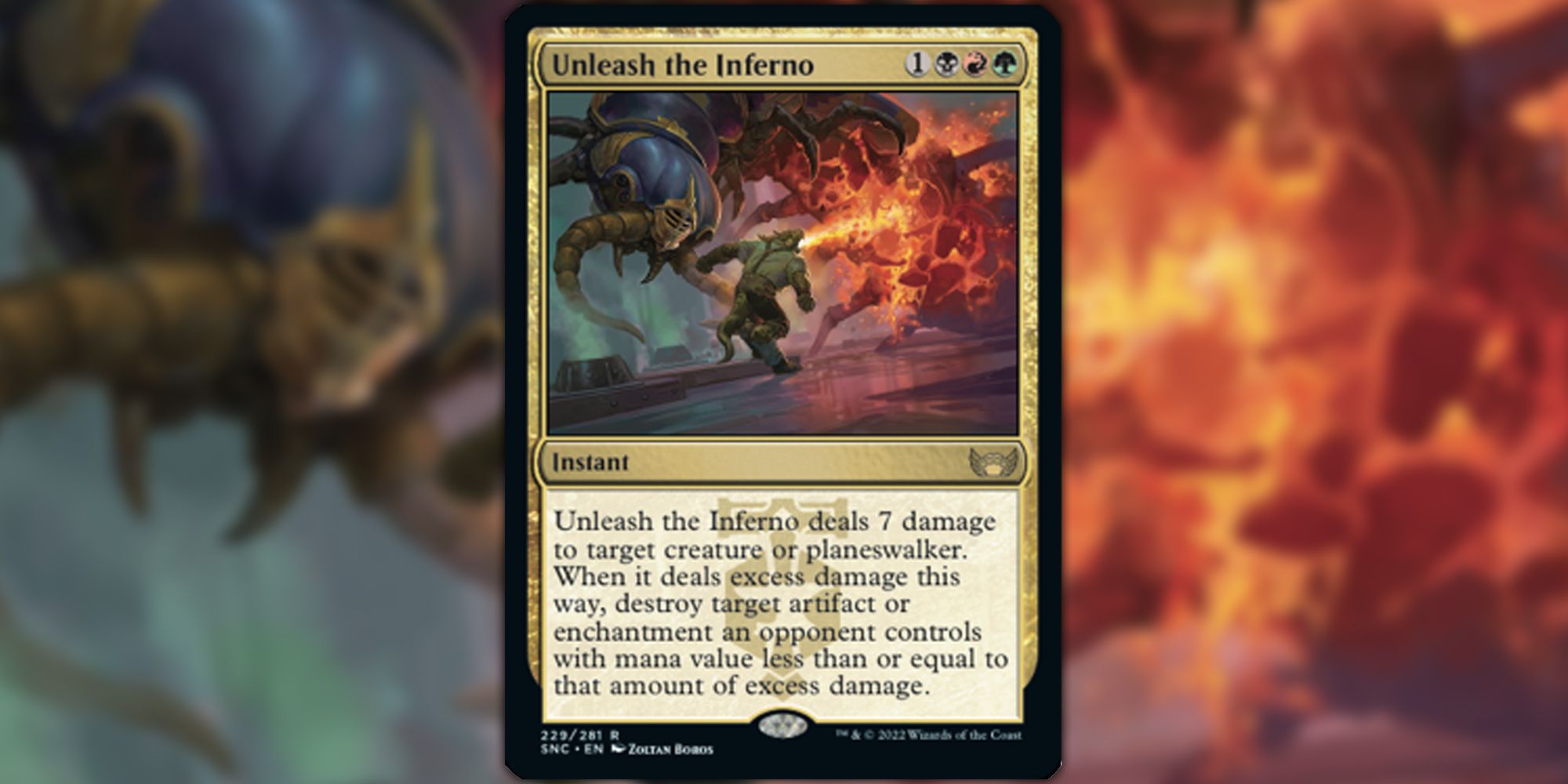 Removal. Love it, hate it, you can’t play without it. Well, you can, but it’ll significantly decrease your ability to solve your problems. Unleash the Inferno is the perfect removal, running the exact colors you’ll be looking for in this deck.

Seven damage can get rid of quite a bit, but you also have the option to deal that damage to a smaller creature or low loyalty planeswalker so the excess can be used to destroy an artifact or enchantment as well. An incredibly versatile removal card indeed. 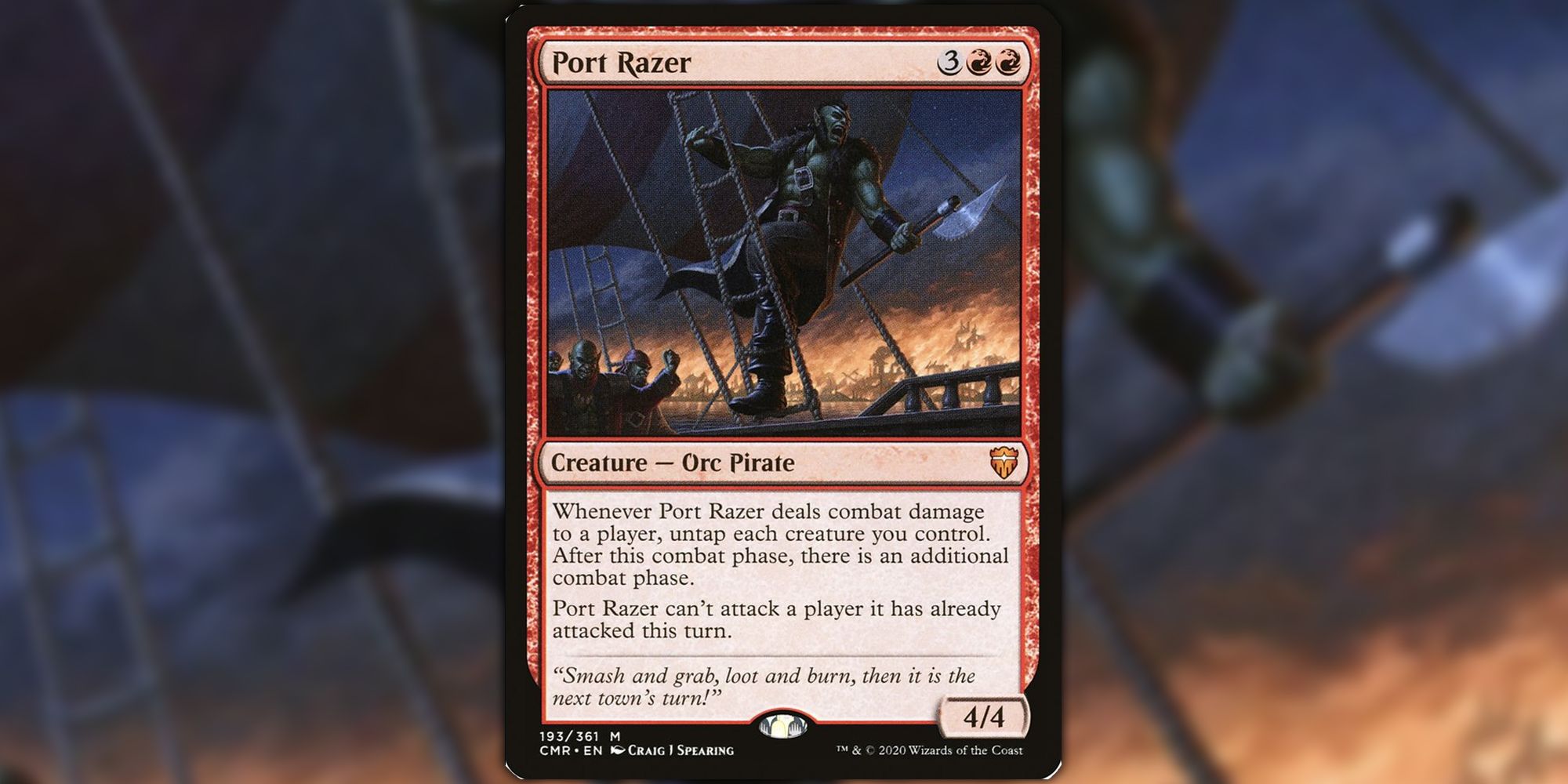 Back to the creatures, a beautiful addition to this blitz deck is the orc pirate Port Razer. Since blitz involves sacrificing the creature at the next end step, if it can even survive that long, Port Razer allows you to keep the party going with an additional combat phase.

If you’re playing against a group, which is often the case in commander, then Port Razer’s value instantly increases, since he can keep attacking as long as there isn’t an opponent he’s dealt damage to yet this turn. That means three combat phases in a group of four players. Just make sure he can get through and deal combat damage. 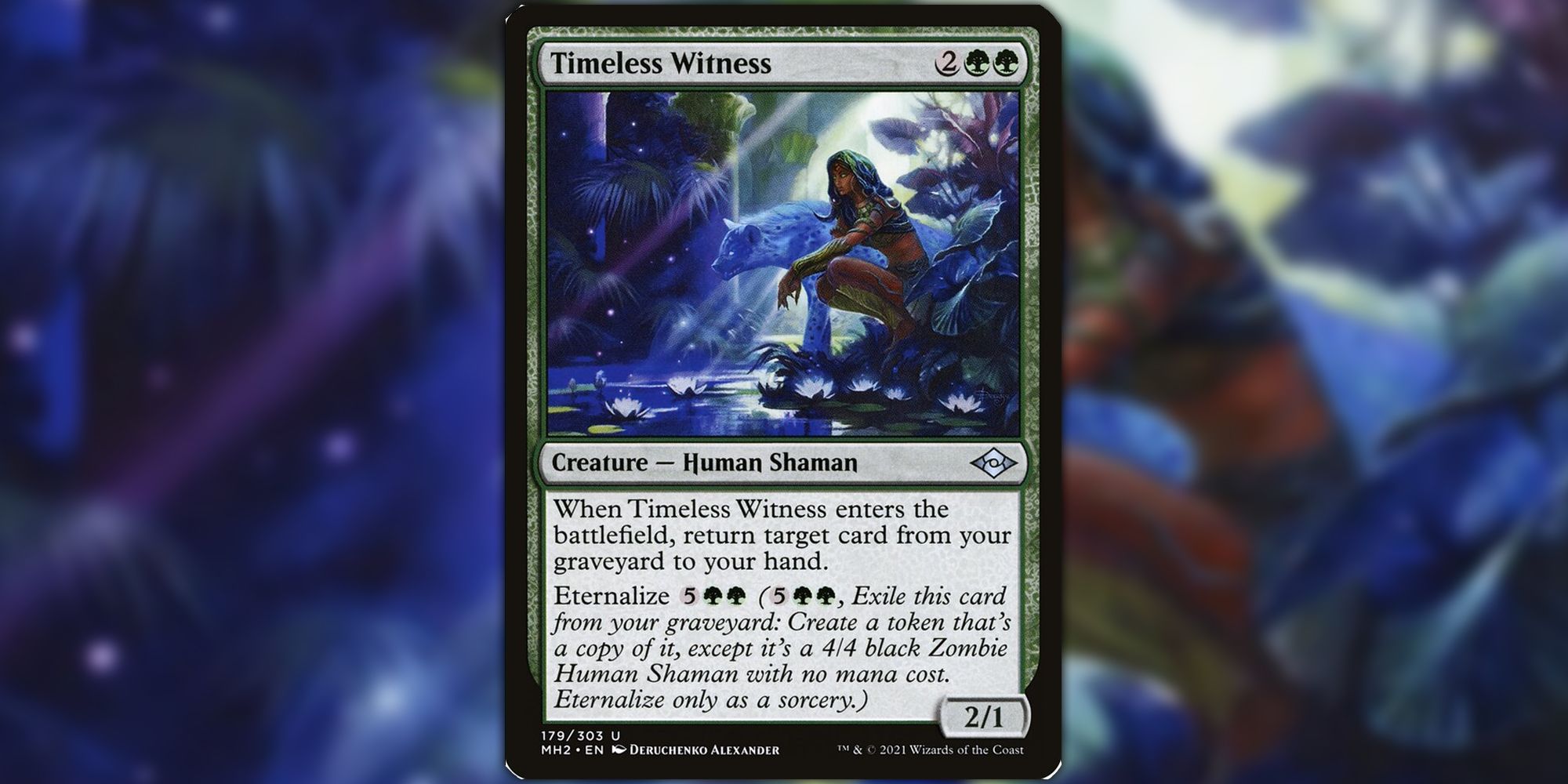 Timeless Witness lets you take a card from your graveyard and put it into your hand. Now, it can be any card, but if you’re blitzing the way Henzie wants you to be blitzing, chances are you’re going to go for a creature.

It also has Eternalize, which is great as you probably won’t be trying to fetch Timeless Witness out of your graveyard with this deck. An extra 4/4 black zombie creature token isn’t too shabby, though the cost might be a bit higher than you’re wanting. 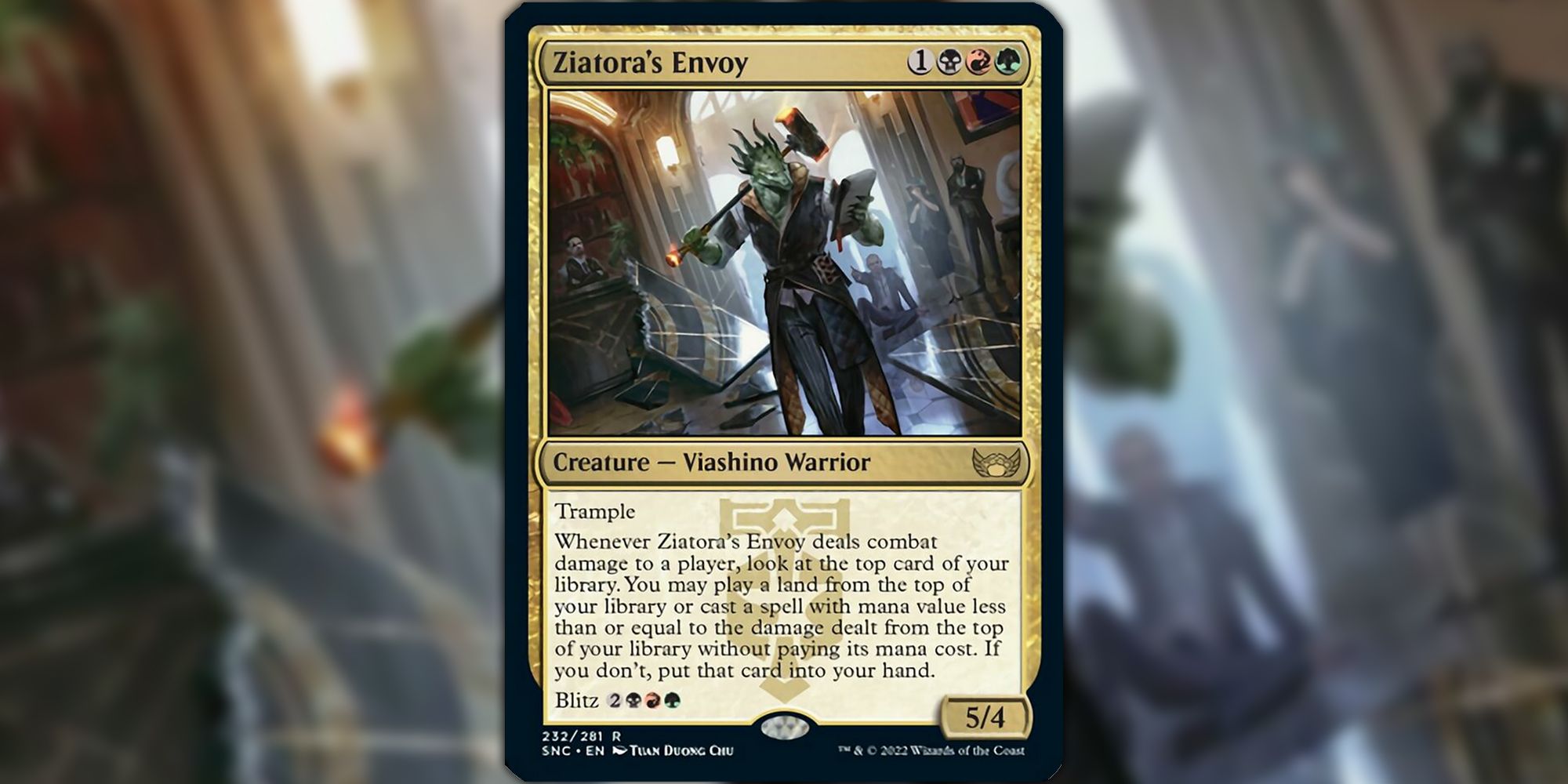 Now, Ziatora’s Envoy already has a Blitz cost associated with it, so it’s really not gaining much from Henzie’s ability except for one or two cost reduction. However, just because it doesn’t benefit from Henzie, doesn’t mean it doesn’t synergize with him.

Trample will all but ensure you get at least some damage in when Ziatora’s Envoy attacks. Doing so will reward you with a look at the top card of your library and either the ability to play it if it's a land, cast it if its mana value is less than or equal to the damage dealt, or just let you draw. It’s a win-win-win. 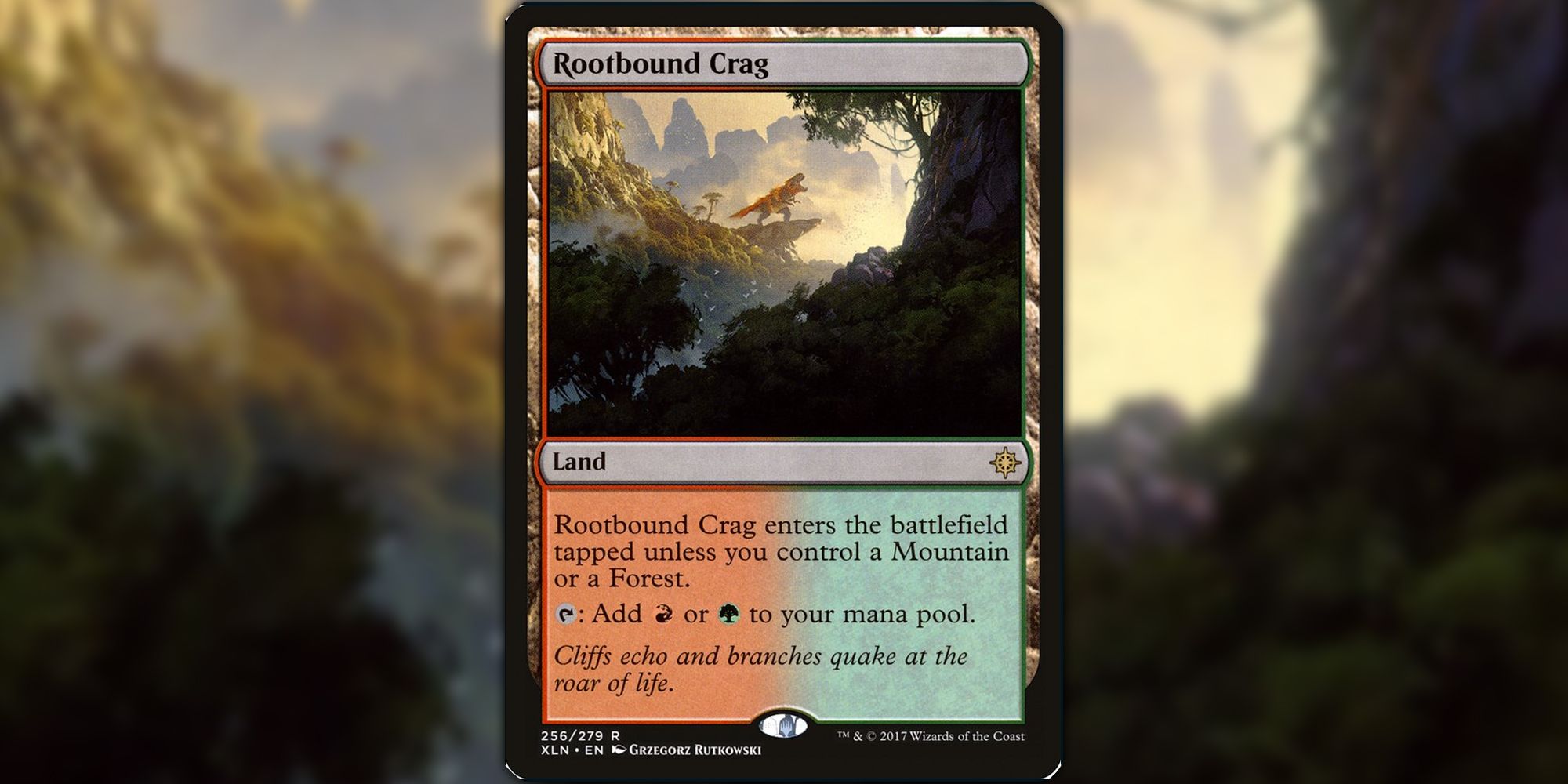 Time for some land replacements. Commander decks, especially tri-colored ones, mean you need to ensure you have the different mana types available to you as often and as soon as possible.

Rootbound Crag gives you the choice between mountain or forest whenever you tap it. It’ll enter the battlefield tapped, but if you already control a mountain or forest you get to bypass that downside, meaning it won’t slow you down if you draw it later in a game, and it’ll be a more welcome sight than a basic land. 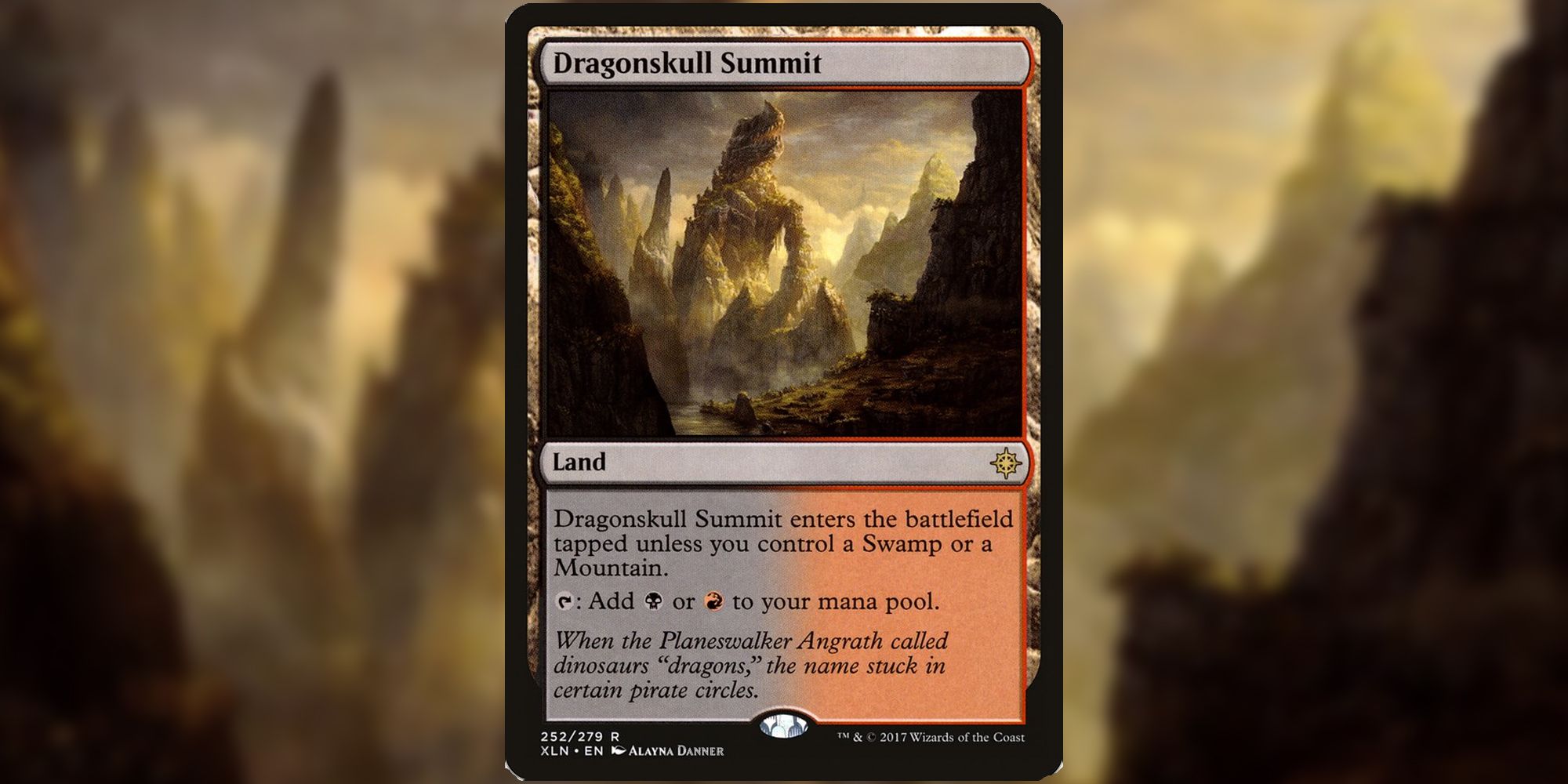 What, did you think Rootbound Crag was the only dual land replacement? Nope. Dragonskull Summit gives you the exact same benefits as Rootbound Crag, only this time between a swamp or a mountain rather than a mountain and a forest.

Lands are often overlooked when it comes to upgrading commander decks, but don’t make that mistake. Mana is the most valuable resource in the game, and giving yourself the most versatility you can will only benefit you when you’re needing just one more mana of a specific color. 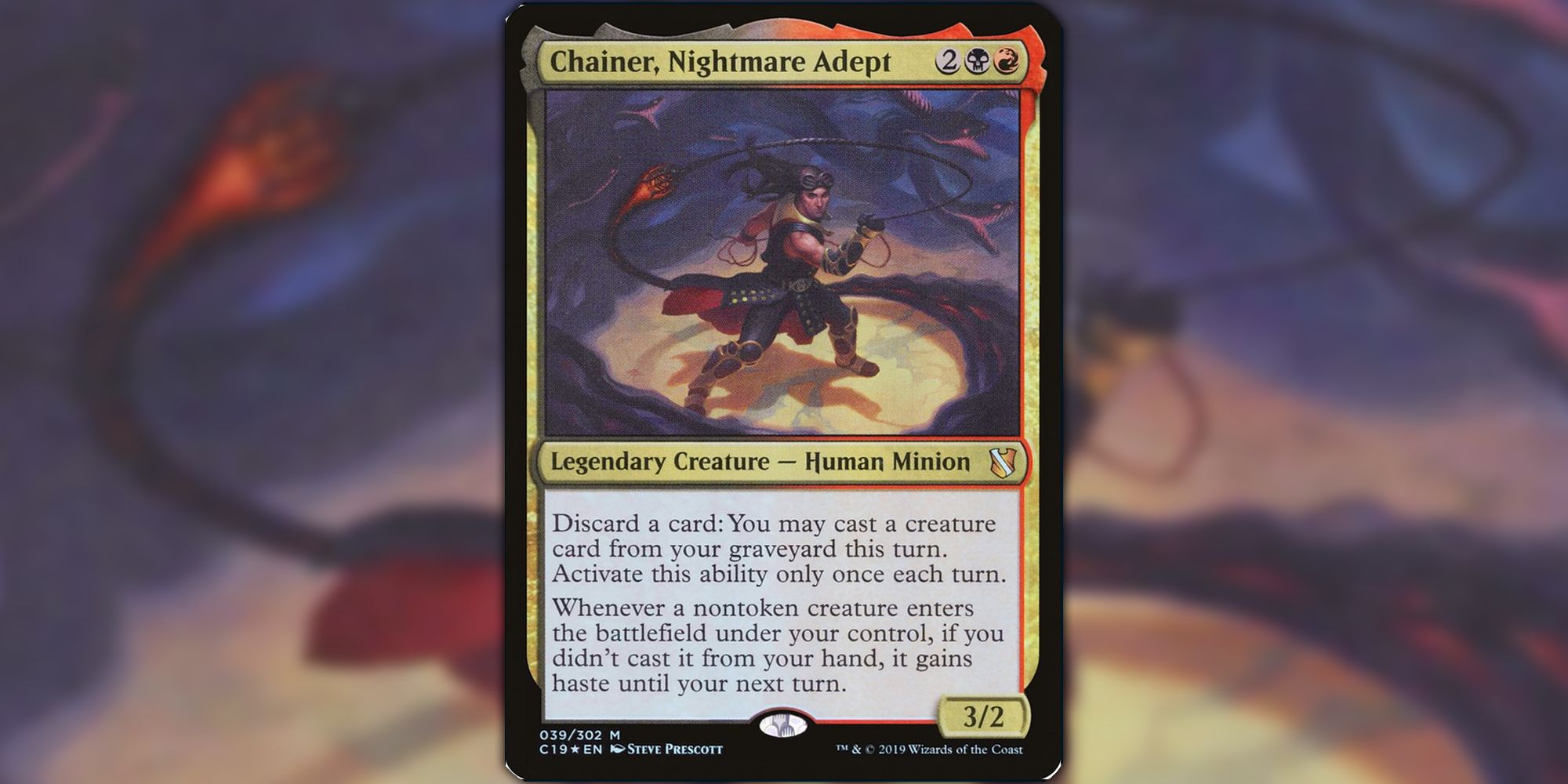 More graveyard casting, only this time at the cost of a discarded card. While the idea of discarding a card may hurt, the ability to cast a card directly from your graveyard to your hand is incredible, especially when your big creatures are going to be in there.

Chainer, Nightmare Adept will also ensure that creature gains haste, and unlike blitz, that creature won’t be going anywhere. This card will be a blessing when you inevitably draw that useless card late game when your Avenger of Zendikar is in your graveyard. 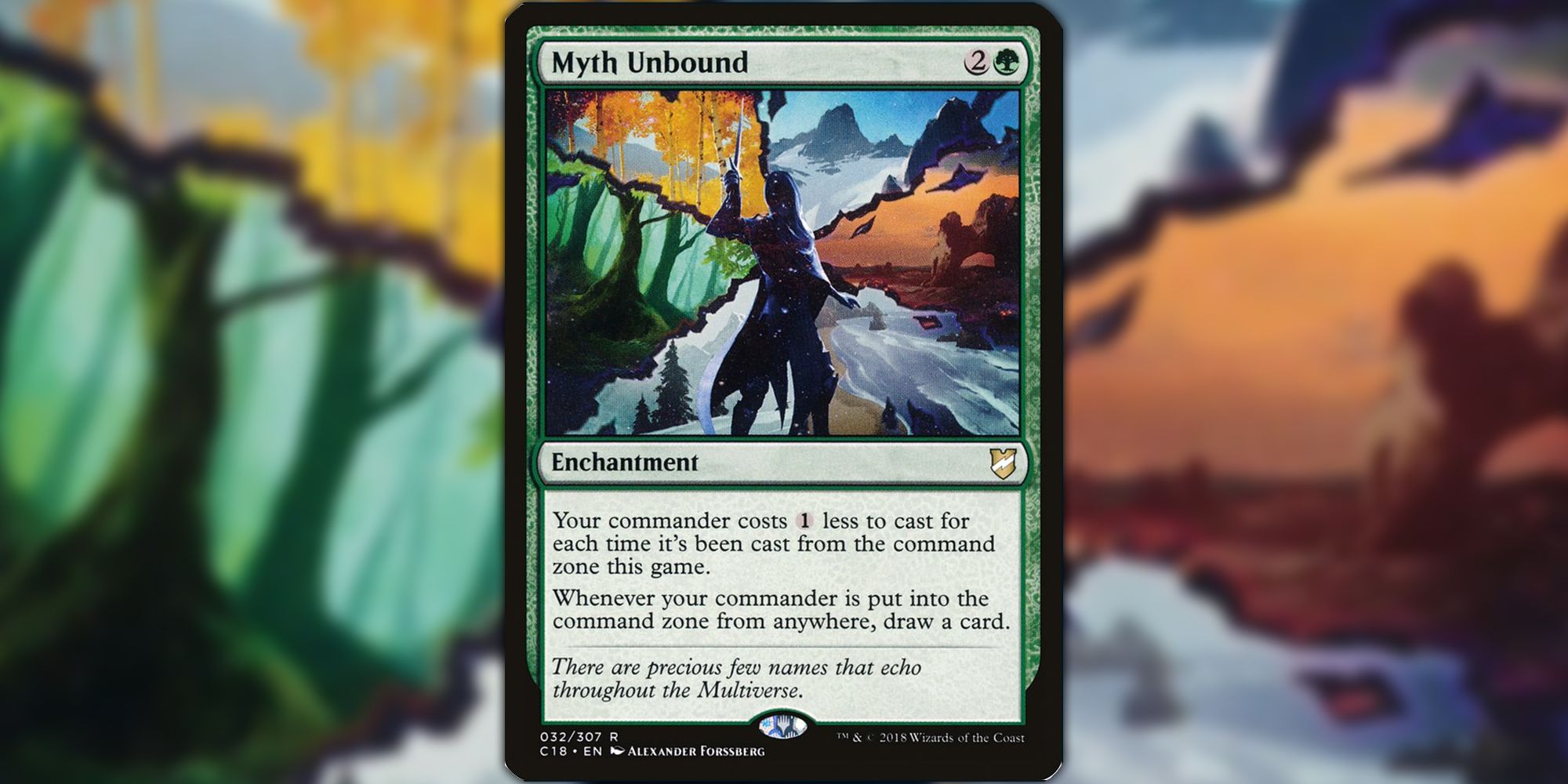 A commander card that should be an immediate upgrade to any green deck. Myth Unbound halves the amount of additional mana you’re required to pay to bring your commander back out of the command zone, and with how much Henzie is going to be coming out and put right back, this is a must have.