In recent years, Magic: The Gathering's Commander format has exploded in popularity, becoming one of the most common ways for people to play the game. One of the most widely popular Commander products for newcomers and veterans of the format alike are preconstructed Commander decks. These decks are known for containing brand new cards specifically designed for the Commander format as well as much-needed reprints of older cards.

Releasing alongside Streets of New Capenna, Wizards of the Coast has released five three-color Commander decks, each tied to the different three-colored crime families of New Capenna. So we're going to examine the cards found within the counters-focused Bant Bedecked Brokers deck and see which cards within it are the strongest!

5 Gavel Of The Righteous 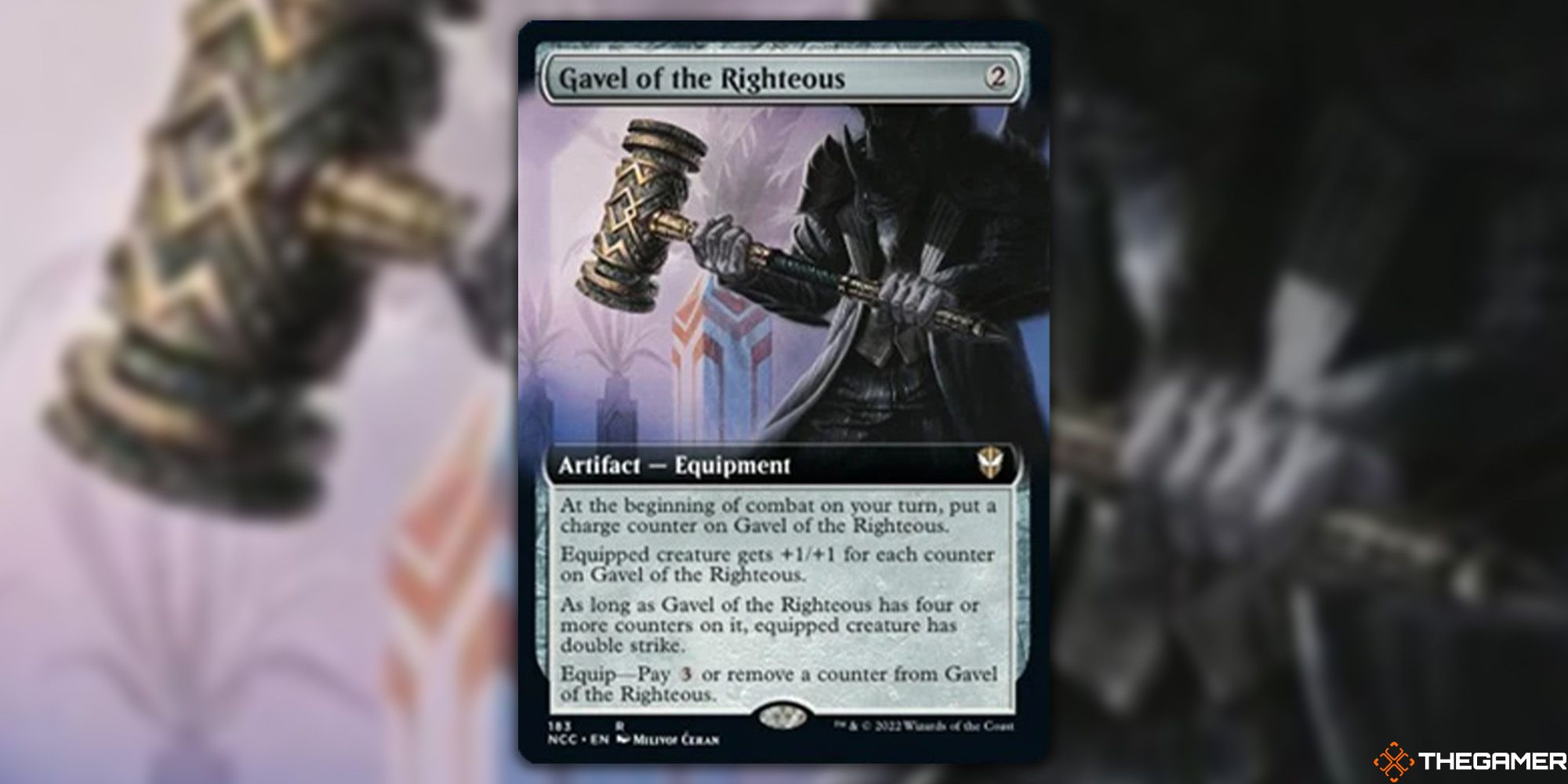 Gavel of the Righteous is an efficient new piece of equipment that may interest counter-based decks and Voltron decks alike. An artifact for the low cost of two mana, at the beginning of combat during its controller's turn, this equipment gains a charge counter. This is key, as an equipped creature gets +1/+1 for each charge counter on it, even gaining double strike as long as there are four or more counters on it.

While this allows a creature to potentially deal serious damage with this equipment if it's able to stick around long enough, and it has a somewhat high equip cost of three, this cost can be alternatively paid by simply removing a charge counter from it. Though this card may be somewhat on the slower side, as this card only costs two mana to utilize, it's definitely worth considering in the right deck. It can even be accelerated through the use of the proliferate mechanic. 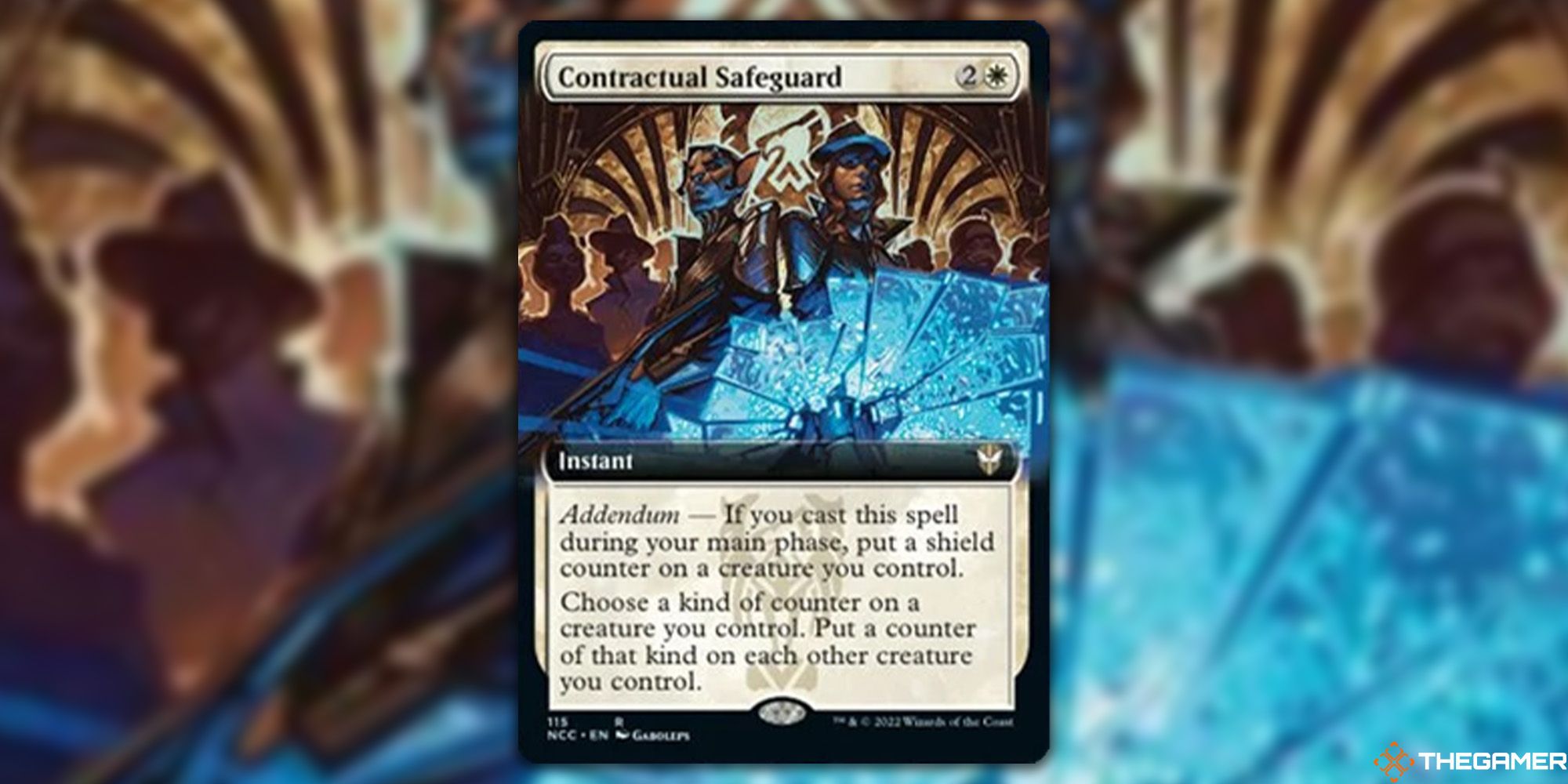 Contractual Safeguard is a deceptively useful white instant that can be a great asset within creature-heavy decks, offering additional value when used within the context of a deck that makes use of various types of counters. Once this three mana spell is cast, its caster chooses a type of counter currently on a creature they control, putting that type of counter on each other creature they control. Most importantly, if this spell is cast during its controller's main phase, they also are able to put a shield counter on target creature, meaning this spell can allow its caster to put shield counters on each of their creatures, offering an incredible layer of protection.

Great against opponents' board wipes (or helping to protect creatures from a board wipe of your own), after being cast, opponents will have a much more difficult time dealing with a player's creatures. While it may require more setup, when paired with the likes of a Slippery Bogbinder, a creature that can produce a hexproof counter, this spell can provide an entire board state worth of creatures with hexproof. 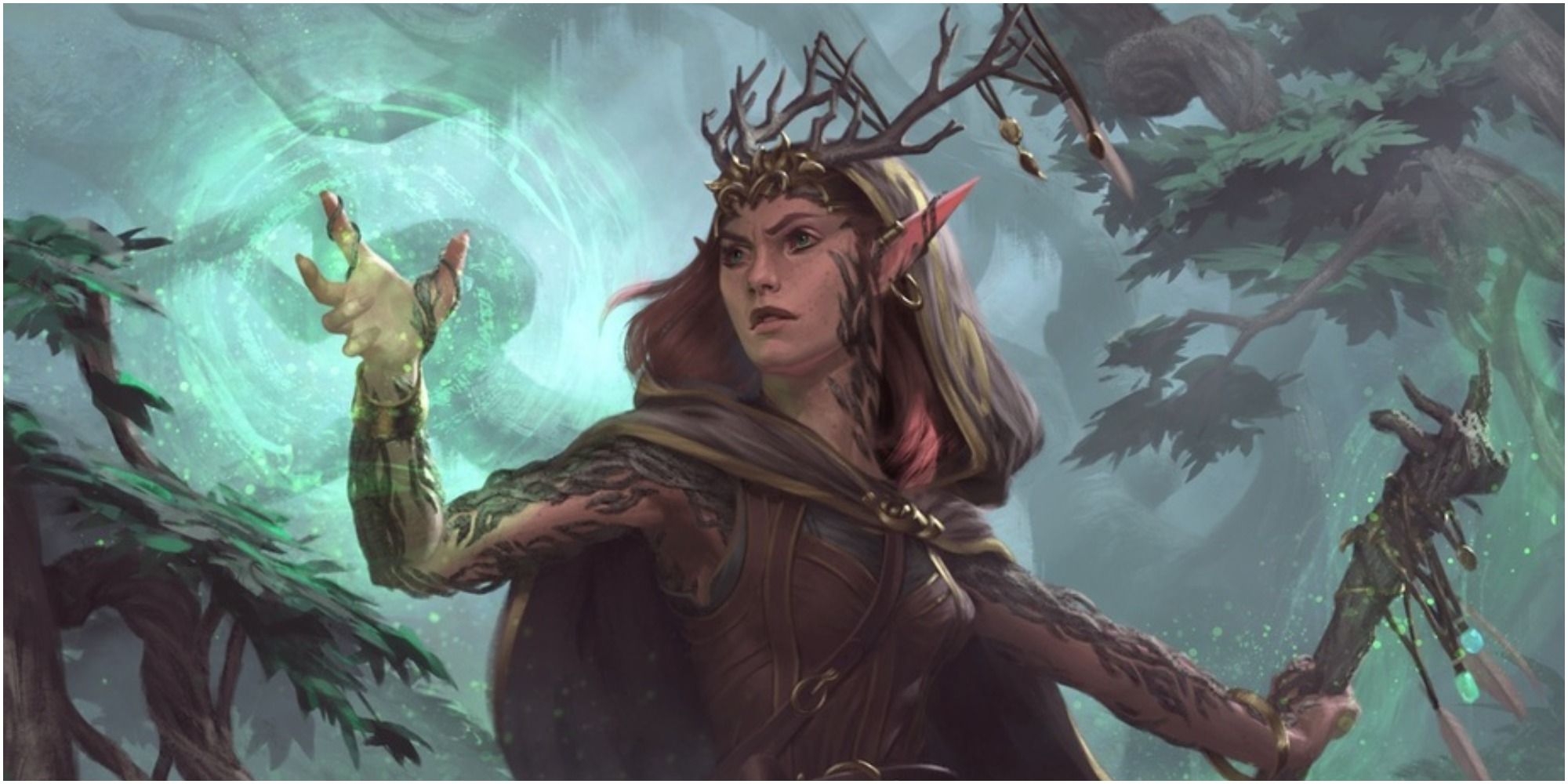 A great reprint within the Bedecked Brokers deck, Devoted Druid was first printed in Shadowmoore, capable of producing sizable amounts of mana and known for its synergizes with several infinite combos. For two mana, Devoted Druid is a 0/2 elf druid that may be tapped to produce one green mana.

While this may not seem like much at first, at any time, its controller may put a -1/-1 counter on it in order to untap it. This means that when paired with effects that can grow this creature larger, such as those that put +1/+1 counters on it, Devoted Druid may be untapped several times within the same turn to generate large quantities of green mana. 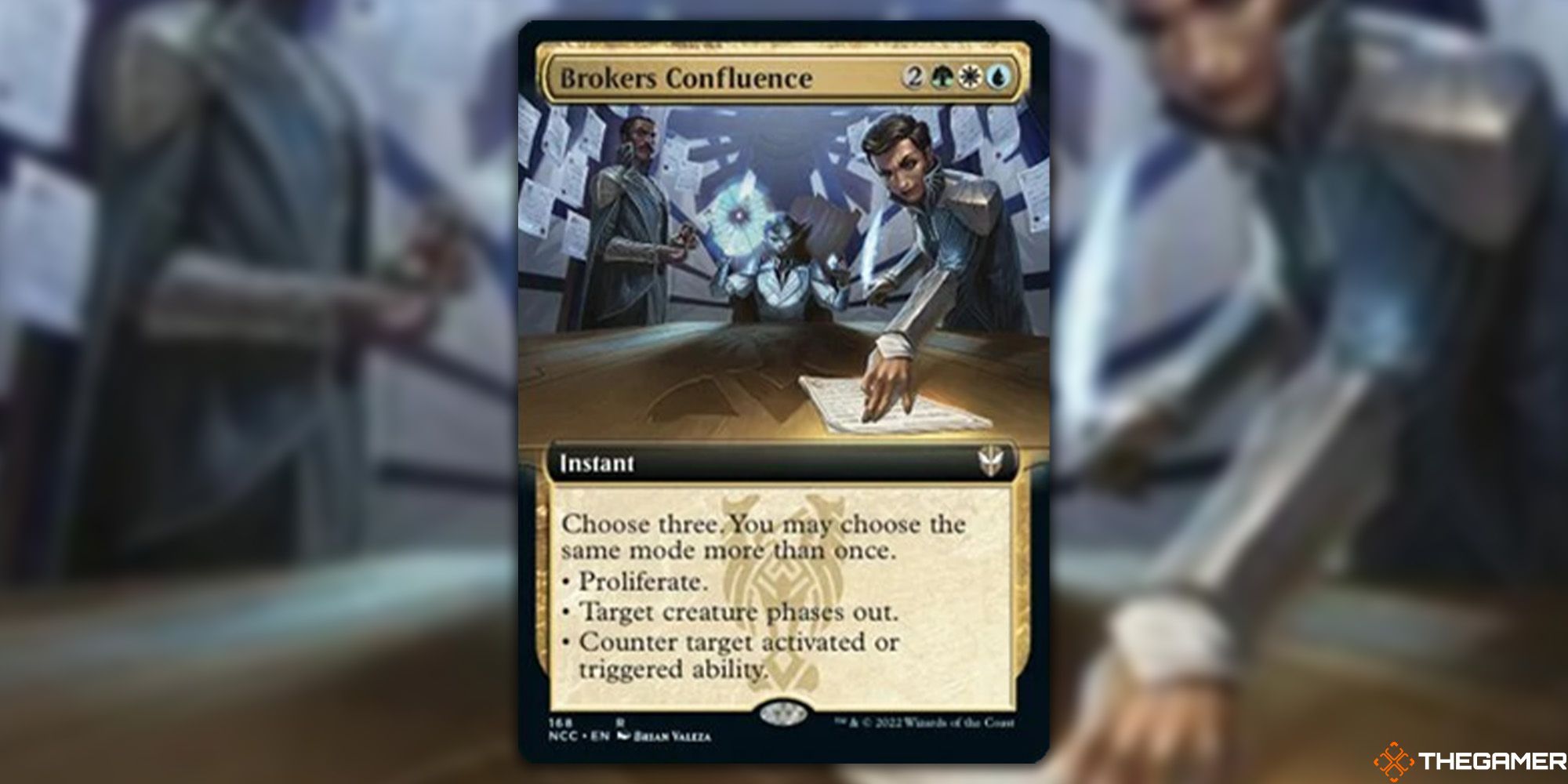 Brokers Confluence is a great new Bant instant for five mana that offers a substantial degree of flexibility that allows it to benefit its caster in a myriad of situations. Upon being cast, its controller chooses three options from among three available modes. What's important to note, is that a player may choose the same mode any number of times, meaning that while three different effects may be selected, the same option may be selected three times. These available modes include:

This means that this spell can protect your own creatures, temporarily remove those of an oppponent, counter effects key to an opponent's strategy, or simply grow your own permanents through repeatable proliferation. 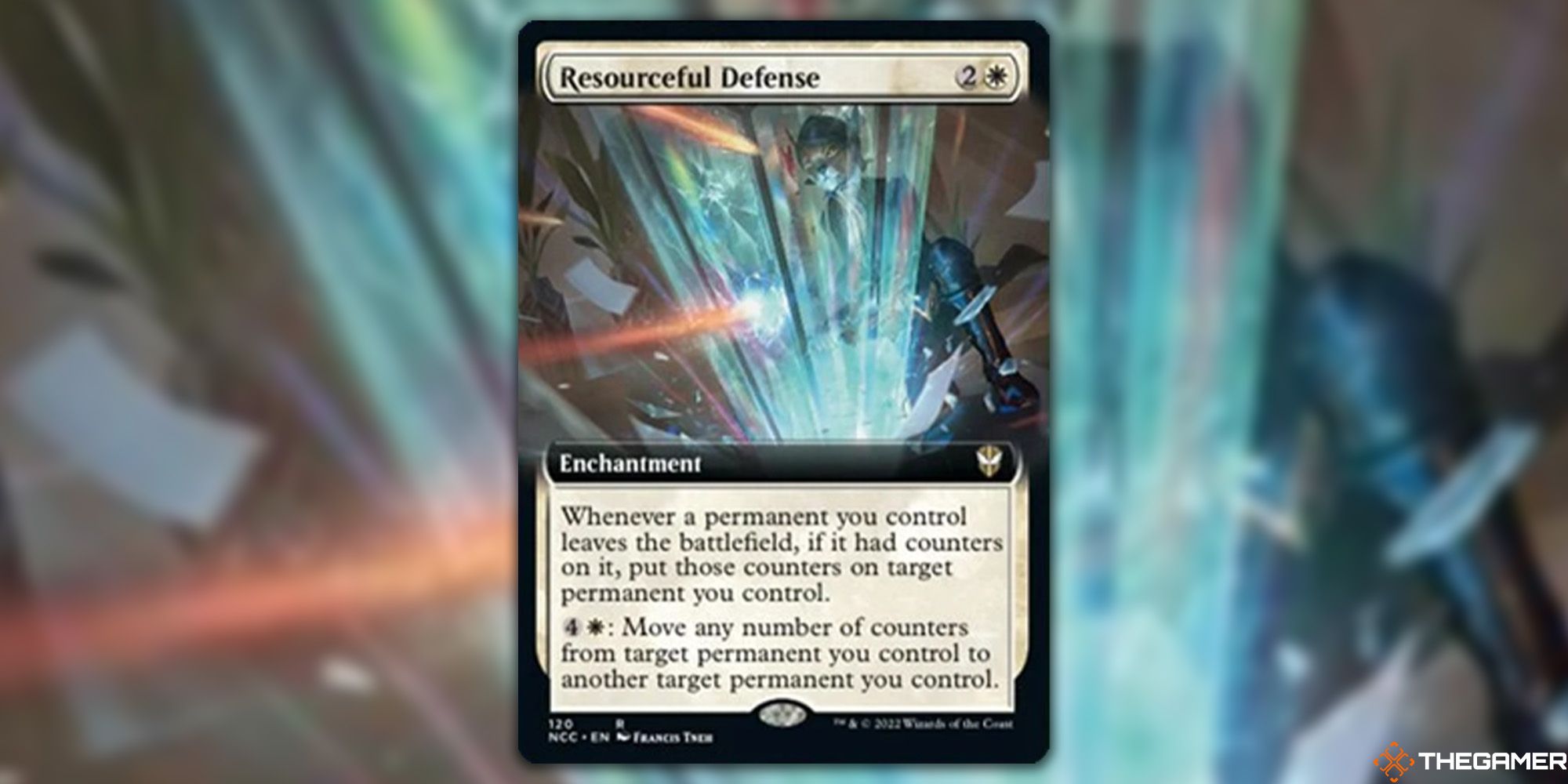 Resourceful Defense is a great new white enchantment for three mana that is a must-have for counter-based decks and Superfriends decks alike. While counters are most often relegated to a given permanent once they're put on a card, Resourceful Defense states that whenever a permanent under its owner's control leaves the battlefield, if it had counters on it, those counters are put on another target permanent its owner controls. This means that if a creature suited up with a massive amount of counters on it happens to be removed, those counters can just move placed on a different creature. Alternatively, if a Planeswalker happens to be removed from play, its loyalty counters can then be put on a different Planeswalker.

Additionally, this enchantment features an activated ability for five mana, allowing its controller to transfer any counters from one permanent to another without them needing to leave play. This is a stellar effect which can be used at instant speed, meaning counters can simply be moved to whichever creature an opponent happens to not block.