In recent years, Magic: The Gathering's Commander format has exploded in popularity, becoming one of the most common ways for players to enjoy the game. Preconstructed Commander decks have long been celebrated by players as great starting points for newcomers as well as solid options for veterans due to their combination of accessibility and inclusions of powerful new cards and impressive reprints of older cards alike.

While most sets release alongside two accompanying Commander decks, Magic's newest set, Streets of New Capenna, is releasing with five preconstructed Commander decks, each representing one of the set's three-color crime families. So today, we're going to examine the cards included in the Naya deck, Cabaretti Cacophony, and see which of the cards within it are the best. 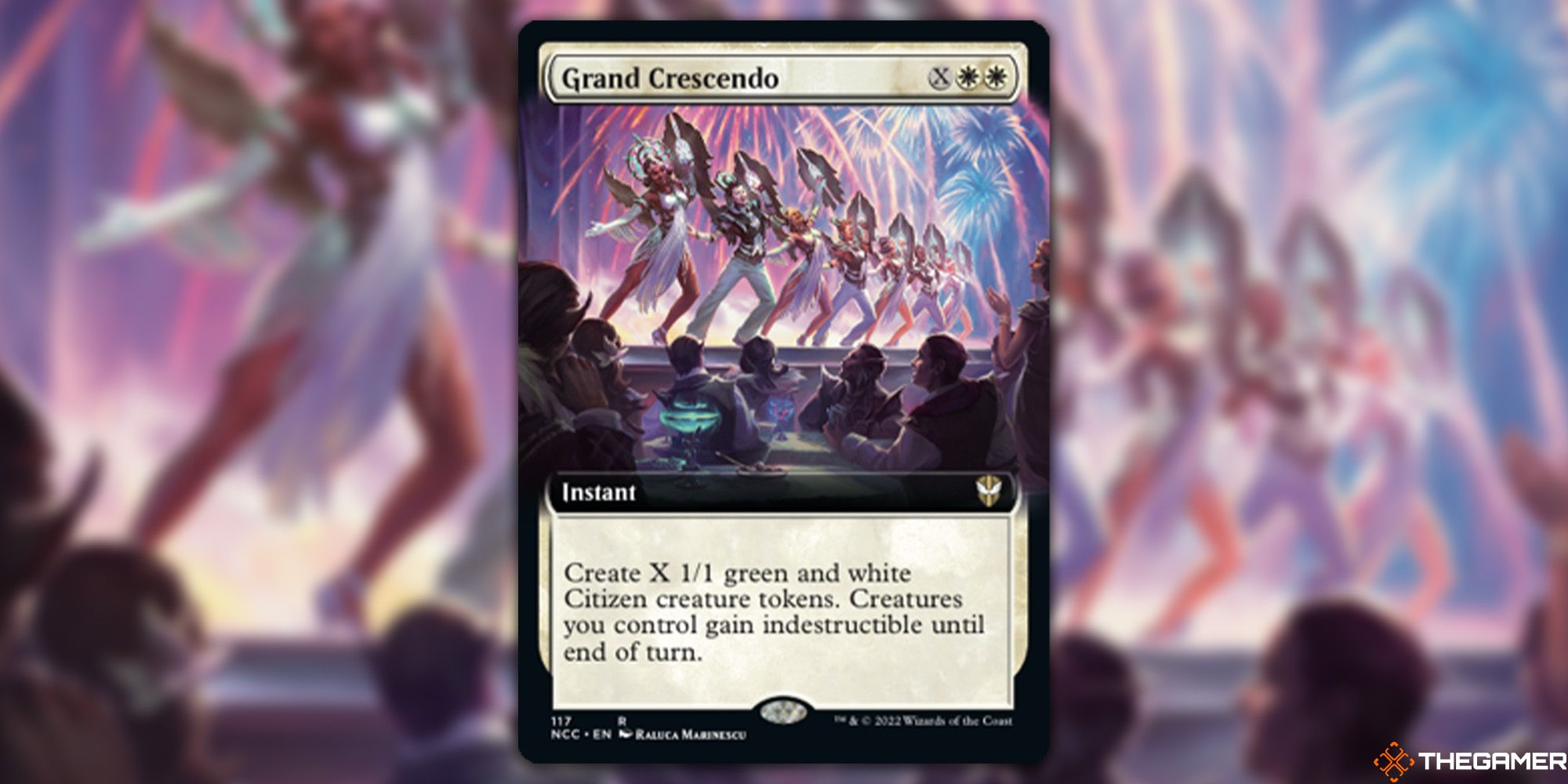 Grand Crescendo is a solid new white instant that fits well within creature-focused strategies; especially those with token synergies. For the costs of two white mana and X, this spell's controller creates X citizen tokens, providing all creatures under that player's control with indestructible until the end of the turn.

What's important to note about this flexible spell is that it can simply be cast for two mana, not creating any citizen tokens, yet protecting each of a player's creatures from a board wipe or other removal. However, being able to create temporarily indestructible tokens provides this spell with an additional layer of flexibility, as it can be used as a combat trick or even just a late-game means of bolstering a board state. 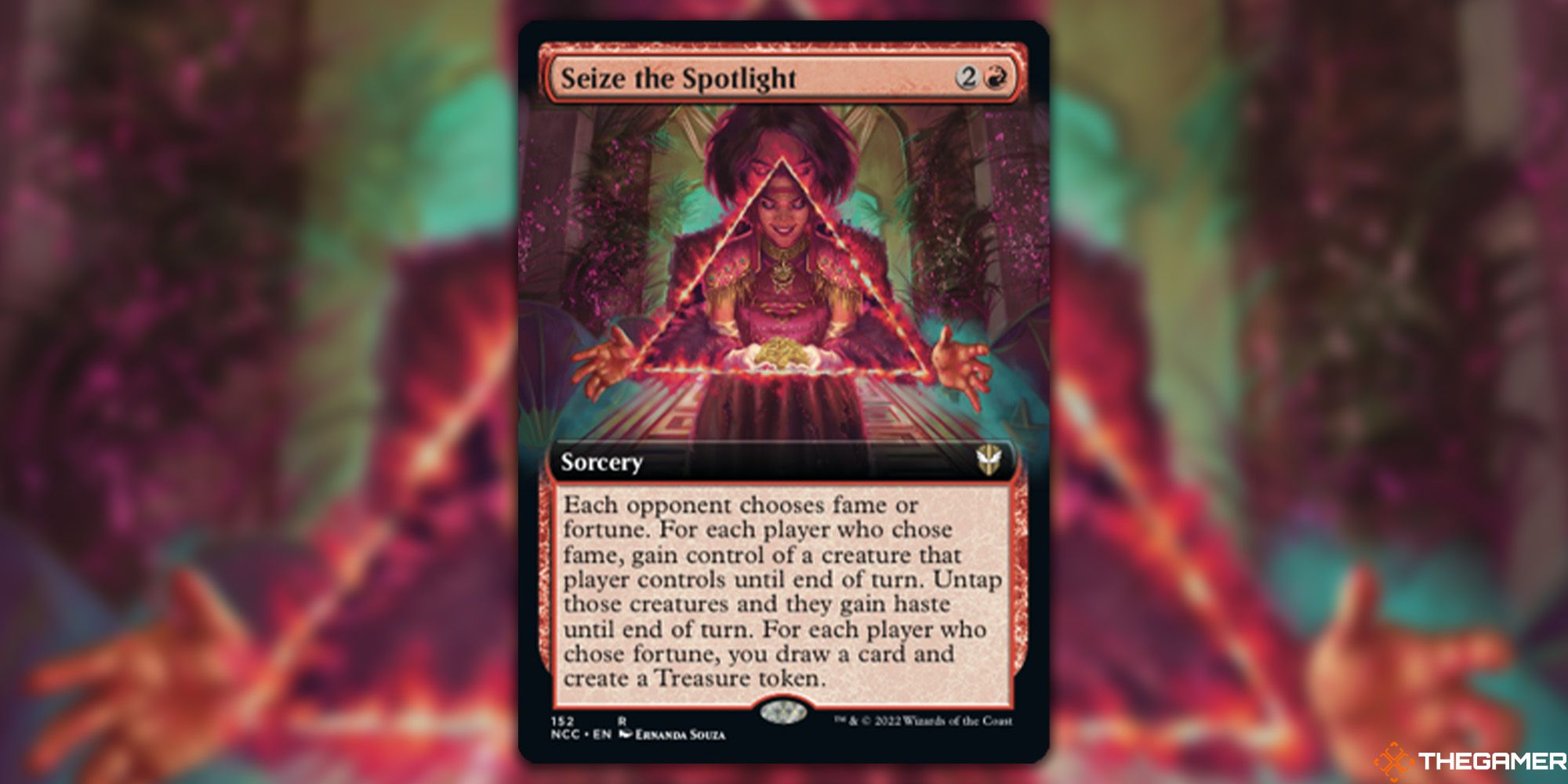 Seize the Spotlight is a potent red sorcery for three mana that utilizes the iteration of the voting mechanic introduced within Conspiracy: Take the Crown. Upon being cast, each opponent chooses either "fame" or "fortune." For each player that chose fame, this spell's caster gains control of a creature controlled by that player until the end of the turn, with that creature becoming untapped and temporarily gaining haste.

For each player who chose fotune, this spell's caster draws a card and creates a treasure token. This truly puts your opponents in a lose-lose situation, in which they must either let Seize the Spotlight's caster make use of their best creature, or allow that player to draw cards and gain treasures. While it may seem tempting to want to keep your own key creatures, if each opponent chooses fortune, this spell effectively draws its controller three cards and creates three treasure tokens for a mere three mana.

3 Kazuul, Tyrant Of The Cliffs

While red is often viewed as the most aggressive slice of Magic's color pie, Kazuul, Tyrant of the Cliffs is a great reprint of an excellent option for a defensive red creature. A legendary 5/4 ogre warrior for five mana, whenever a creature an opponent controls attacks Kazul's owner, unless that creature's controller pays three mana, Kazuul's controller creates a 3/3 ogre token.

While this doesn't directly prevent an attack against Kazuul's controller in the manner of Ghostly Prison or Propaganda, this makes attacking a player with Kazuul incredibly costly. Unless a player pays three mana per attacking creature, those creatures are going to come face to face with 3/3 ogre tokens, ready to defend and potentially counterattack during the following turn if they're able to make it through combat. This makes Kazuul a great deterrent for players looking for something comparable to a defensive Ghostly Prison effect within a red color identity. 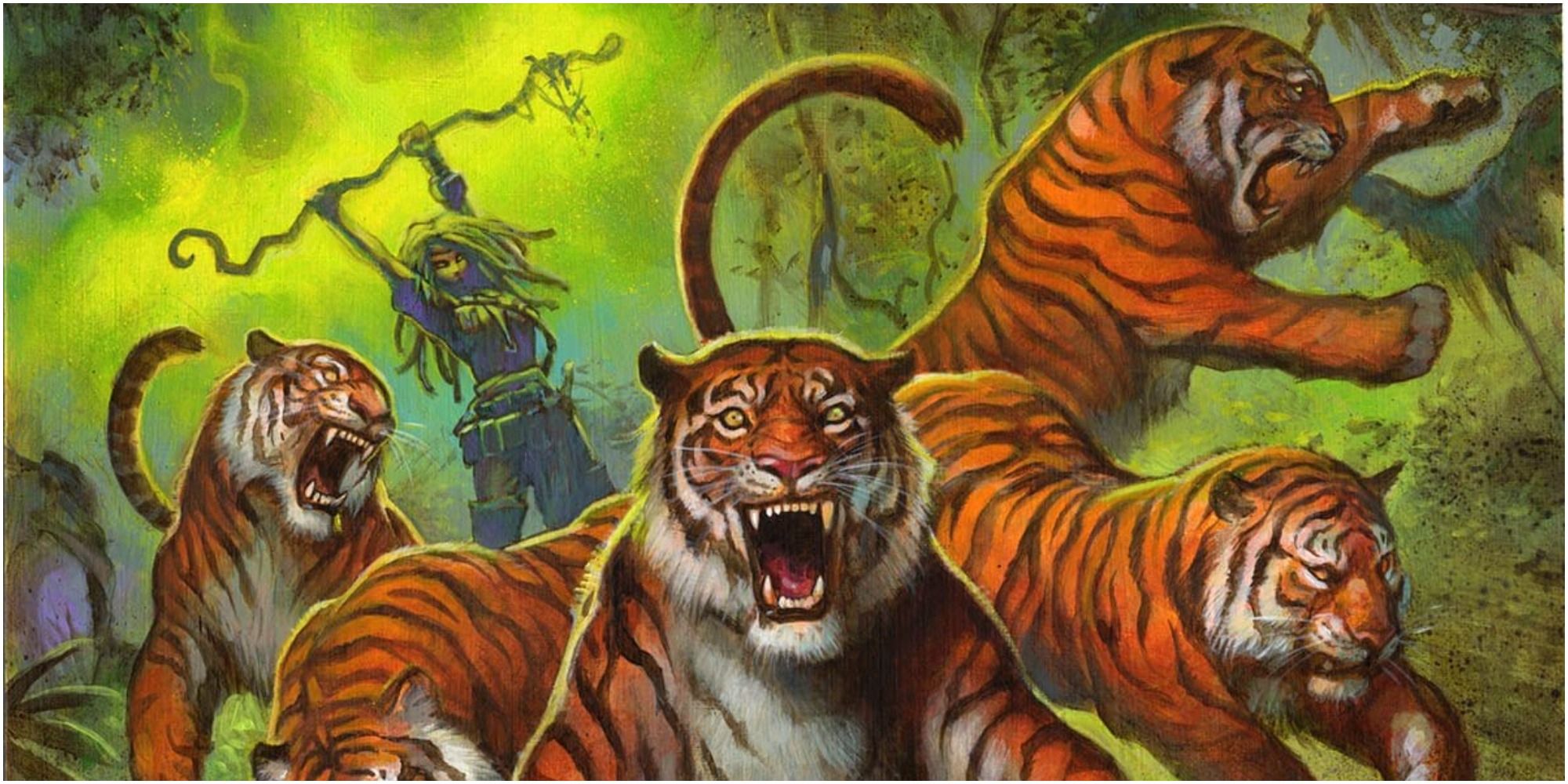 Another impressive reprint within Cabaretti Cacophony, Beastmaster Ascension is a perfect inclusion for any creature-based deck with access to green mana that aims to win games via combat damage. An efficient Green enchantment for three mana, upon entering the battlefield, Beastmaster Ascension doesn't actually offer any immediately accessible effects. However, whenever a creature under its owner's control attacks, a quest counter is put on it.

Once a player manages to accumulate seven or more quest counters on this enchantment, creatures under its owner's control gain an impressive +5/+5. When used within an aggressive, creature-heavy deck or within a deck capable of producing a sizable number of tokens, Beastmaster Ascension can potentially offer its +5/+5 benefit within the very turn in which it was cast. 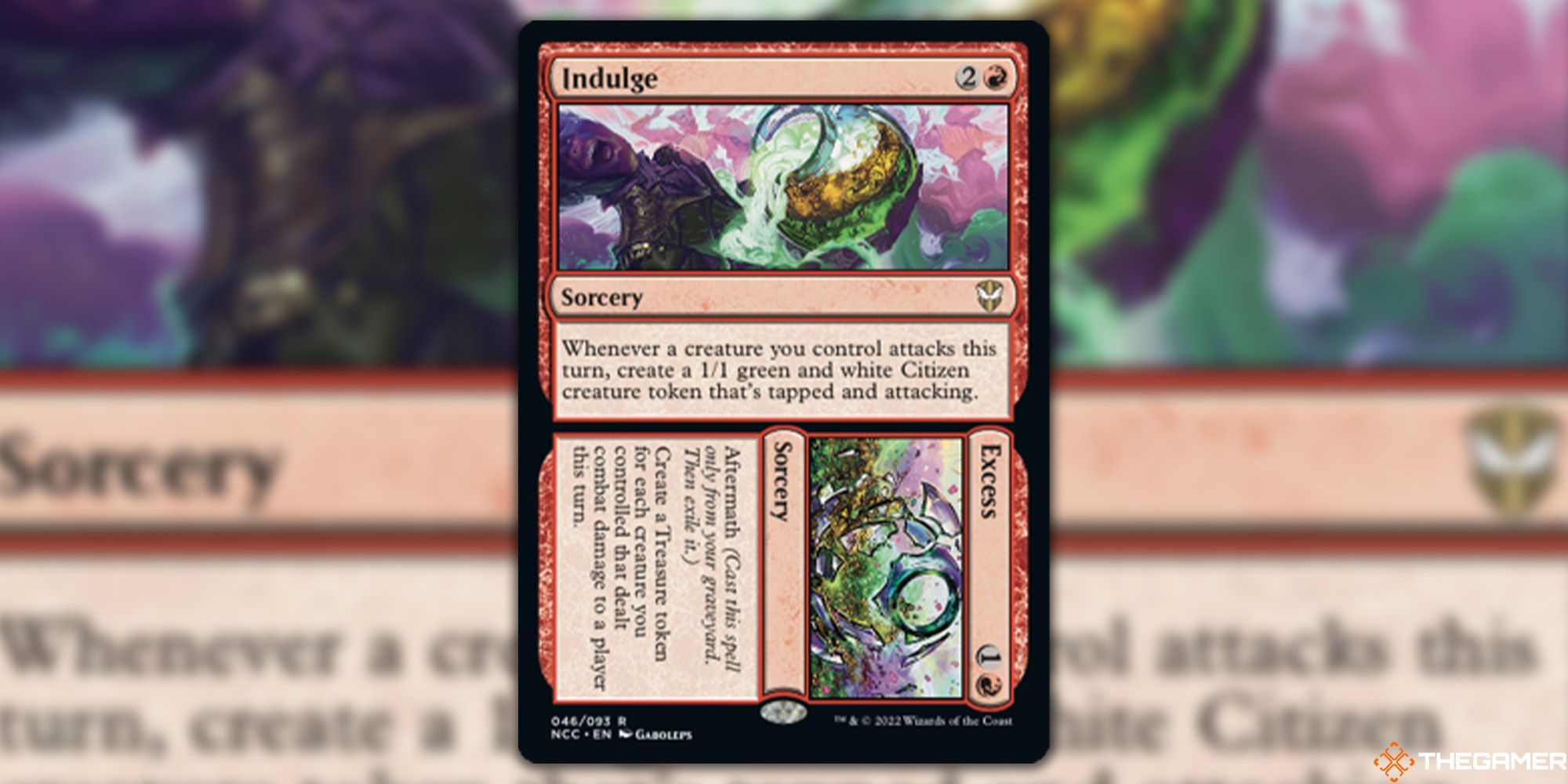 Indulge and Excess are the first new spells to use the aftermath mechanics since Amonkhet block, bringing the mechanic back with a bang. Aftermath is a mechanic in which two spells are featured within the same card, the latter of which may only be cast from the graveyard.

Firstly, Indulge is a three-mana red sorcery that can allow an aggressive deck to potentially double the number of creatures they have on the board, creating a 1/1 citizen token for each creature that attacked this turn. Conversely, for the cost of two mana, Excess is castable from the graveyard via aftermath, creating a treasure token for each creature that dealt combat damage to a player this turn. When played within the very same turn, Indulge and Excess can offer substantial value, creating both creature tokens and treasure tokens for a total of five mana.