Well, the time has come. The next big platform fighter has officially left beta and is now available to the general public. With the launch of MultiVersus, the free-to-play phenomena has officially begun its campaign to take over your living room. And you know what? It may do just that. With a compelling—if off-beat—roster, smooth online play, zero pay-to-win elements, and sleek gameplay, it is hard to not be impressed by what WB Games has put out.

But while the barrier to entry may be impossibly low, you may still struggle to figure out where to begin? Well, we have spent some time with the game, and we have earmarked a couple of tips that will help you start off on the best possible foot. Follow this guide, and you should be primed and ready to meet the world of MultiVersus head on.

There Is Some Smash Bros Skill Carryover 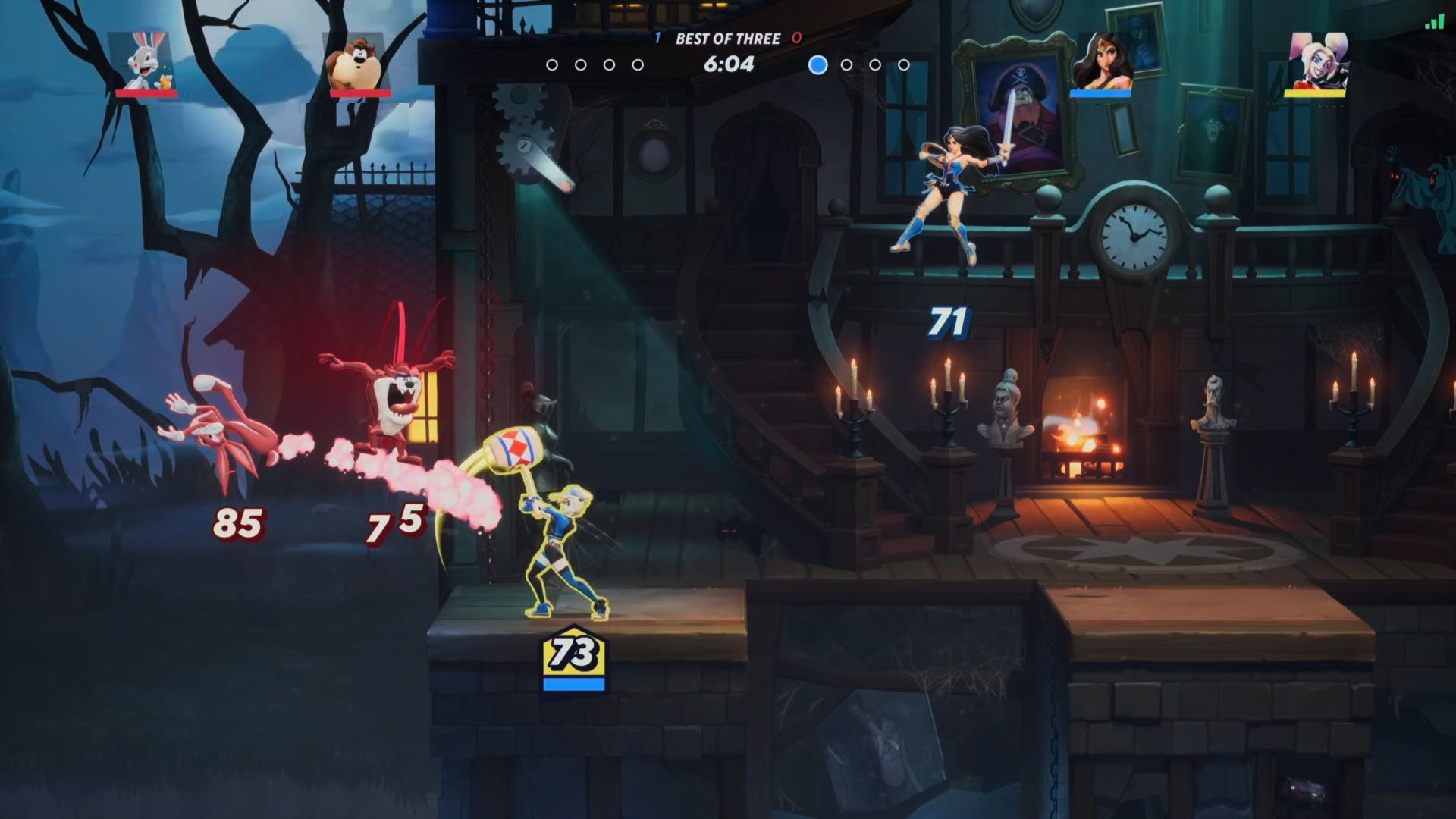 MultiVersus is not Super Smash Bros. However, Smash is the game nearly everyone is going to reflexively reference. While there are substantial differences between these two titles, they are very clearly peers, thus, they do share more than a few similarities. One notable element is that character weight tends to factor into matches in a very similar manner. Bigger characters are far harder to knock out of the arena.

Another very familiar element will be how you play around the edges of platforms. While you can't grab onto the ledge like you can in a Super Smash Bros game, you can cling to the side of walls. Expect to see some pretty familiar-looking edge guarding and ledge trapping in MultiVersus. If you are particularly familiar with the Smash titles, things like this will absolutely help you get a leg up. So, while you do need to approach MultiVersus as its own unique game, don't be surprised if some elements feel extremely familiar. 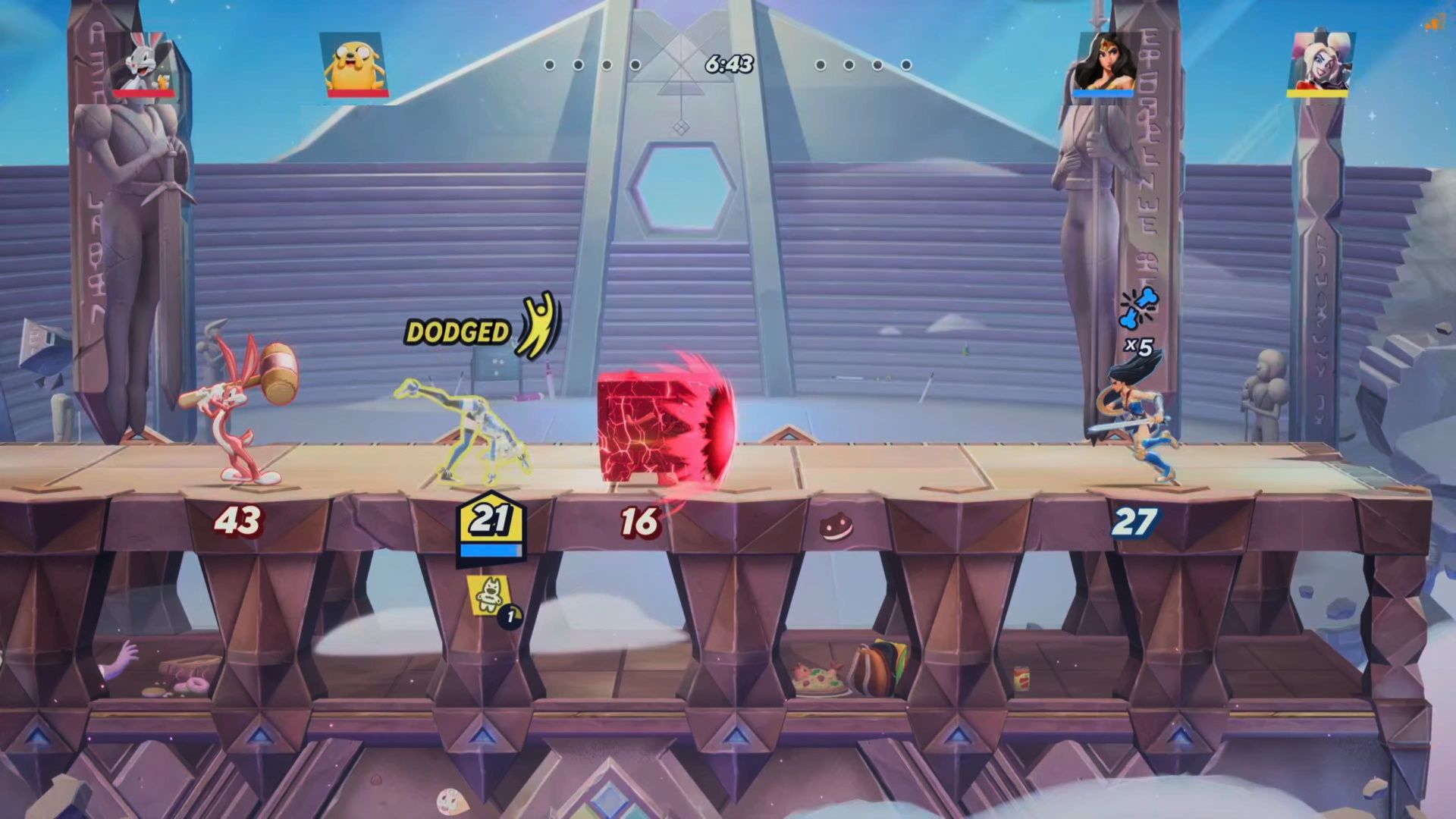 Are you looking for that block button, friend? Well, we have some sad news for you: unless you are playing Wonder Woman, you ain't blocking anything. This makes MultiVersus a much more scramble-heavy game. However, it also means that your dodge is extremely important. And the game has made the dodge roll REALLY potent. As an example, many high-commitment moves will allow you to dodge roll straight out of them. You can also dodge midair.

However, you are going to need to keep an eye on your dodge meter, as the more you dodge, the less effective your dodge will become. So, while this is an incredibly important tool, and you need to use it frequently, you also need to pick your shots a little. As long as you are actively attacking in between your dodges you will likely find that the dodge bar meter isn't that much of an issue.

Class Archetypes And You 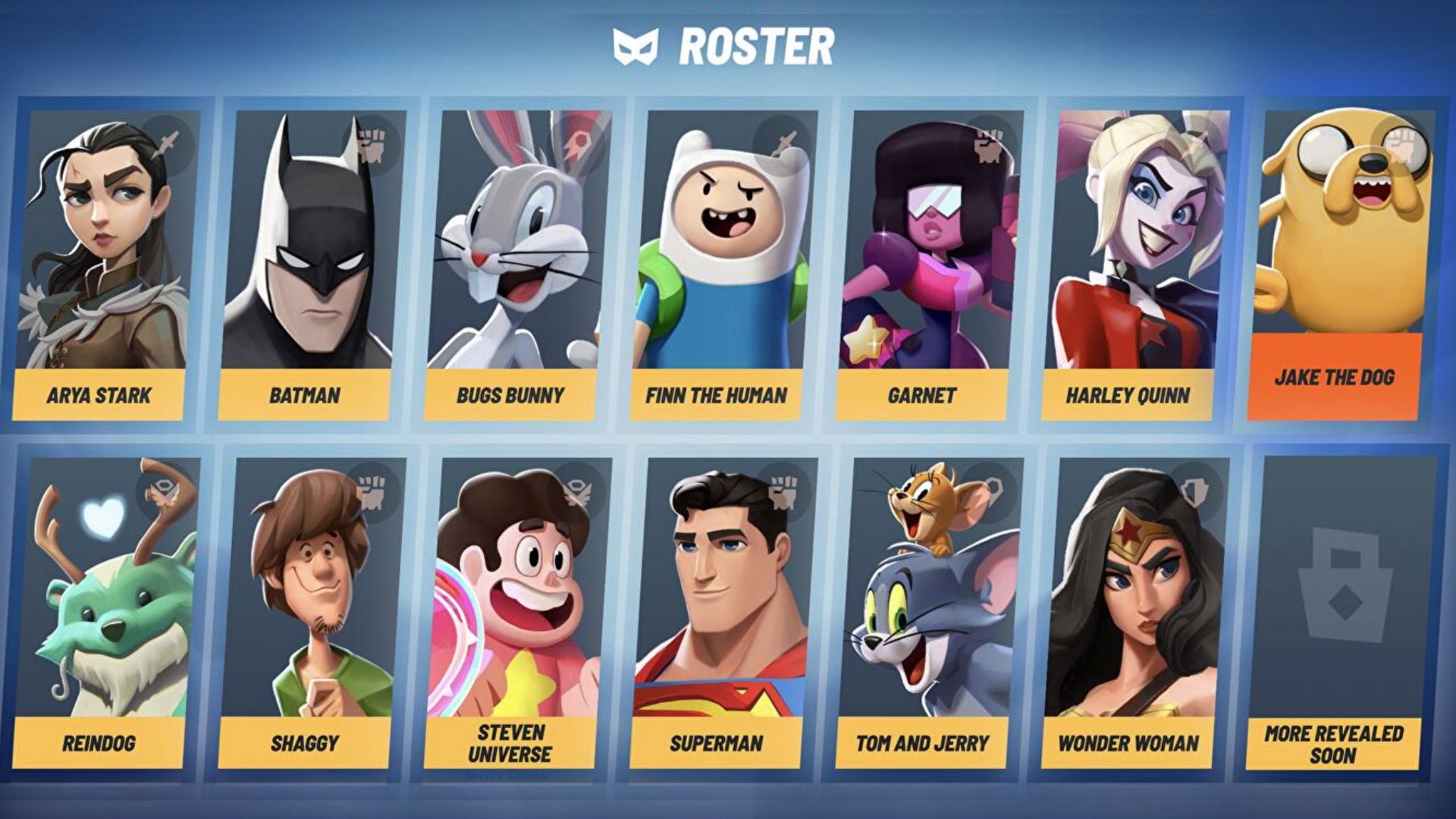 If you are puzzled by the insignias in the top right corner of the character images in the select screen, those are the classes of each character. There are five classes in the game: tank, support, bruiser, assassin, and mage. What these denote is the general playstyle these characters tend to be built around. If you want to get up close and land heavy hits (while taking a few in return), unsurprisingly the bruiser is your ideal class. On the other hand, the mage class is more focused on ranged attacks and using a number of unique tricky skills to harass your opponents.

Assassins are glass cannons. They are super squishy, but they also deal the most damage. On the opposite end of the spectrum from the assassins, you have the extremely durable tanks; these characters don't have the same potent attacks, but they have high defense and are hard to take out. Finally, there are the support characters. Support characters exist to buff up their teammates. They can do everything from saving their partners from certain death, to healing their teammates. If you have a feel for the kind of character you like to play, these archetypes will instantly help you choose a character that fits your playstyle.

If you are wondering what vertical, horizontal, and hybrid refers to, it is the direction that the character in question is best suited to cover. Hybrid characters are the inbetweeners of the bunch. 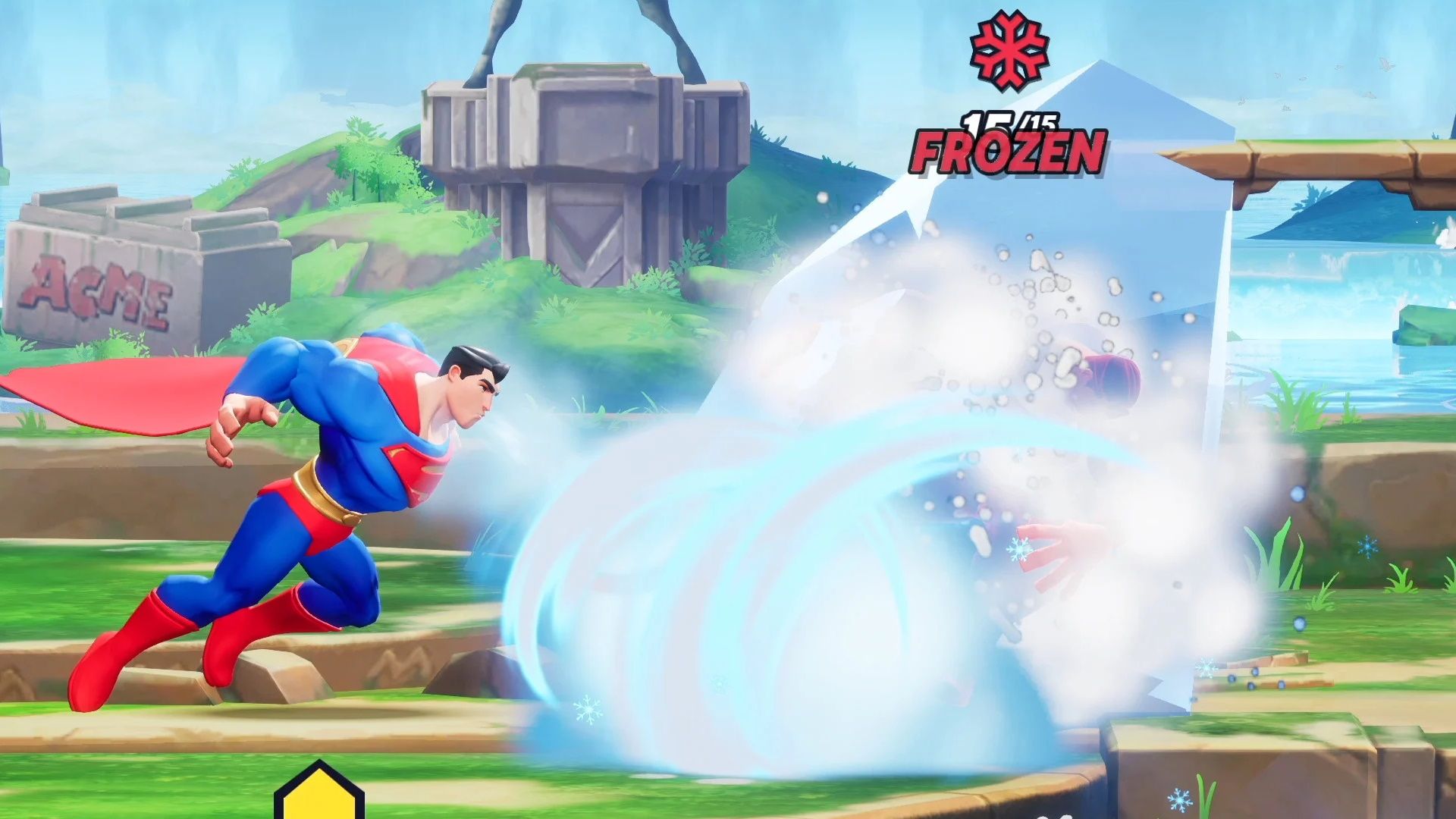 There are a ton of unique status effects and elements in this game that you will need to get a handle on. Wonder Woman can give you a defensive boost and help you tank a hit. Batman can create a smoke screen and hasten actions. The Iron Giant can light you on fire. Velma can freeze you. Shaggy can inflict enraged and weakness. Those are just a few examples of this robust set of status effects.

There are some interesting counters to these effects as well. Wonder Woman can cleanse her team of status effects with her down special, and Superman's freeze breath can put out fires. While you don't need to know the ins and outs of every character in the game, you probably want to look into what status effects your opponents can inflict on you, and what abilities they can undermine. Because, at the end of the day, if you are depending on your character's armored attacks, and you are facing a character who can break armor (like Taz), you may end up having a bad time.

Aerial Mobility Should Be A Focus 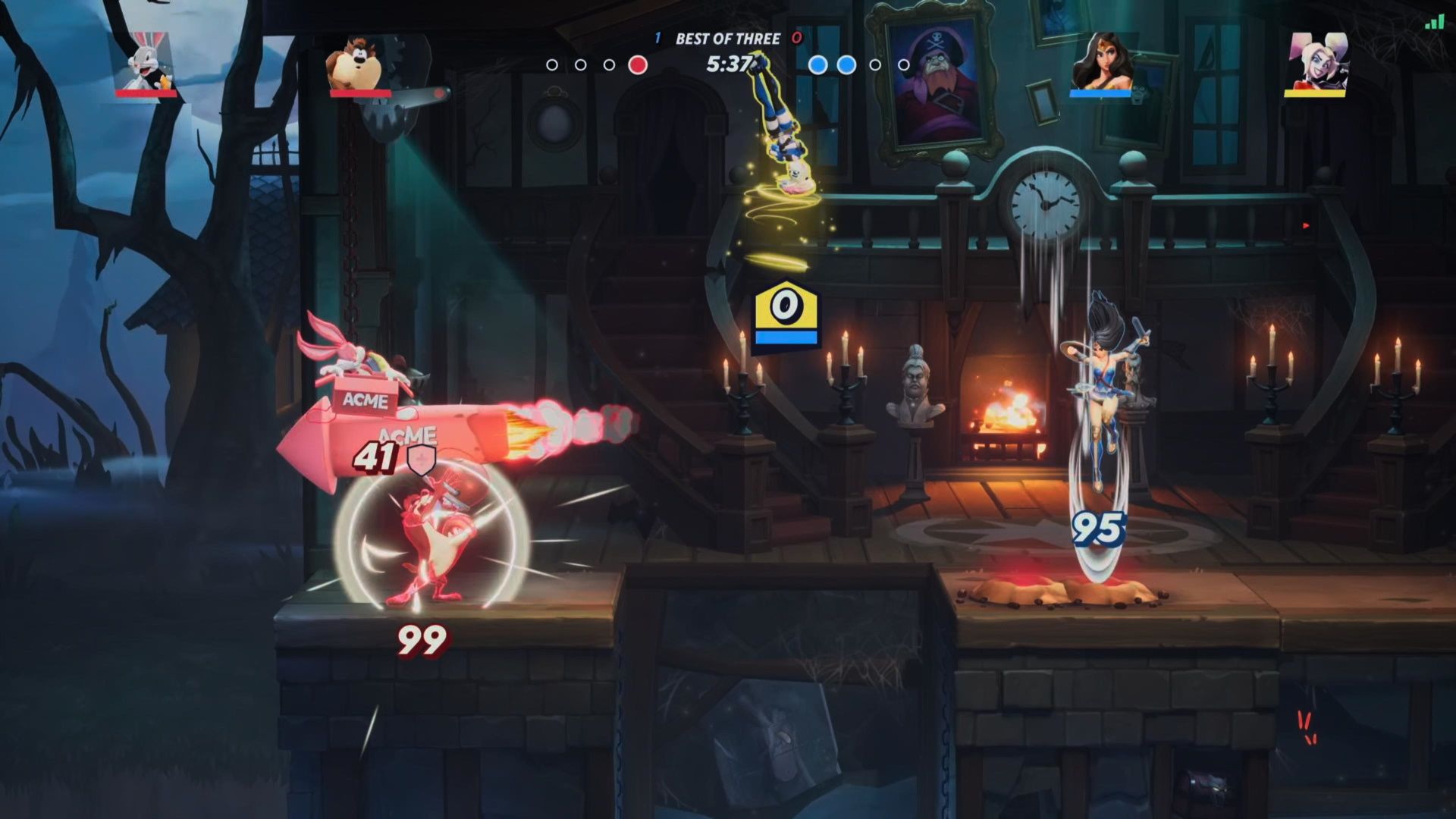 If you want to see one area where MultiVersus really differentiates itself from other platform fighters, its aerial mobility is the shining example. You can jump twice, dodge twice, AND use two of your special attacks in the air. Not to mention you can reset all of that by clinging to a wall. There is an absurd level of mobility available. Especially once you get used to all your abilities. We mentioned that edge guarding is present in MultiVersus, but all this mobility really cranks up the chaos involved in each of these interactions.

You are absolutely going to want to practice using these tools as frequently as possible. Not only will you need to get comfortable using these tools to help make it back to the platform when you inevitably get knocked off of it, but this aerial mobility is a powerful way to take command of the battlefield.

Take It To The Lab 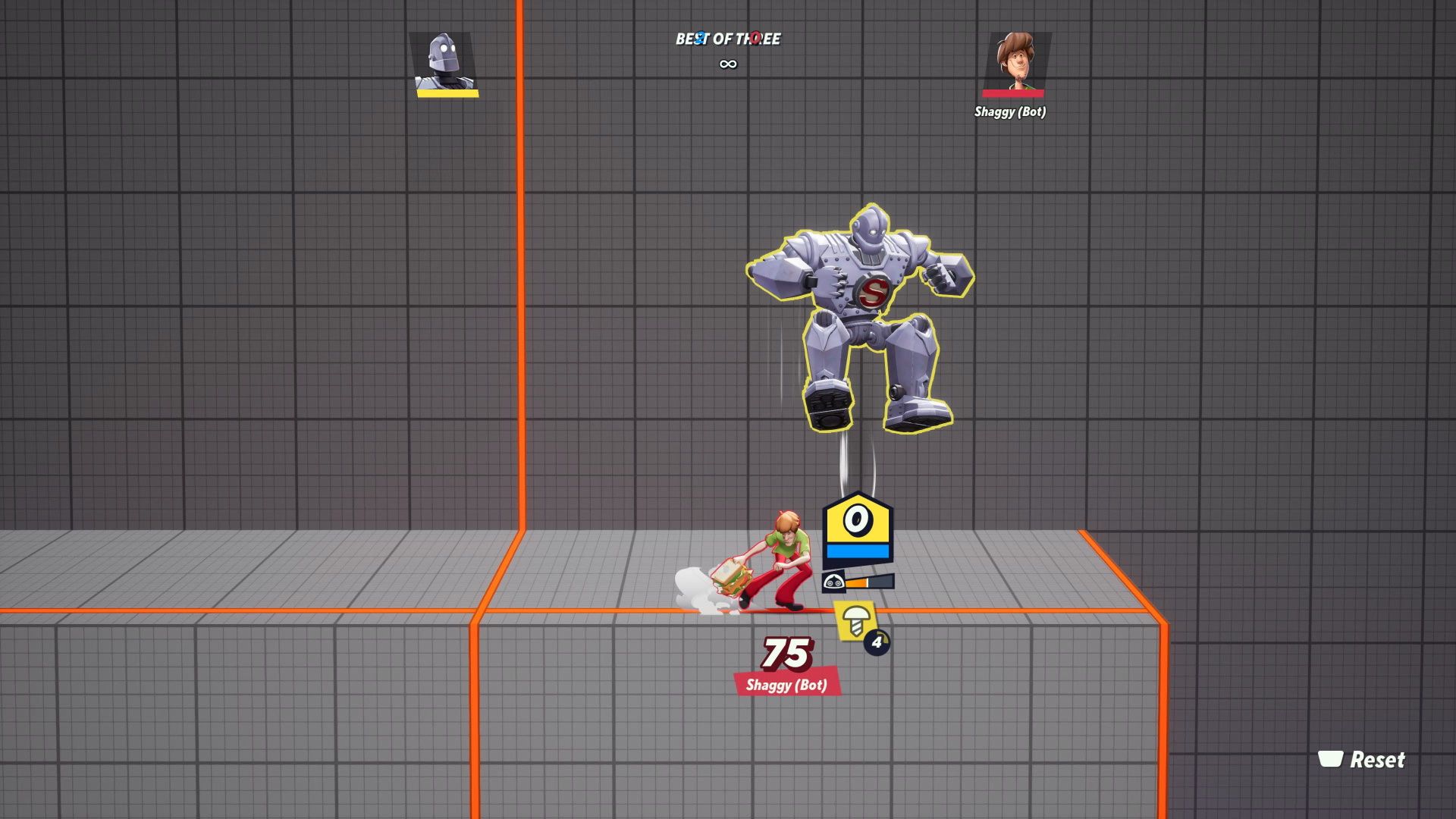 The truth is, while MultiVersus is a game that makes sense immediately if you have played the other big platform fighting titles, it doesn't quite have that element of universality in its roster's moveset that you would find in something like Super Smash Bros. Each character has such a variety of different attacks that you should really spend a few minutes with them in training mode.

As an example, there aren't universal smash attacks. Instead, you are going to want to locate which normals you can charge. The lab is also an excellent place to get a feel for the range of your attacks (the grid will help you greatly, here). While in the lab, you should probably take a few minutes to read about your special attacks as well.

While you can practice in the lab while waiting for a match, the immense popularity of MultiVersus at the moment means that you won't have more than a few seconds to figure things out. So, that isn't a real replacement for just heading into the lab proper.

Cooperative Synergy Can Be The Key To Victory 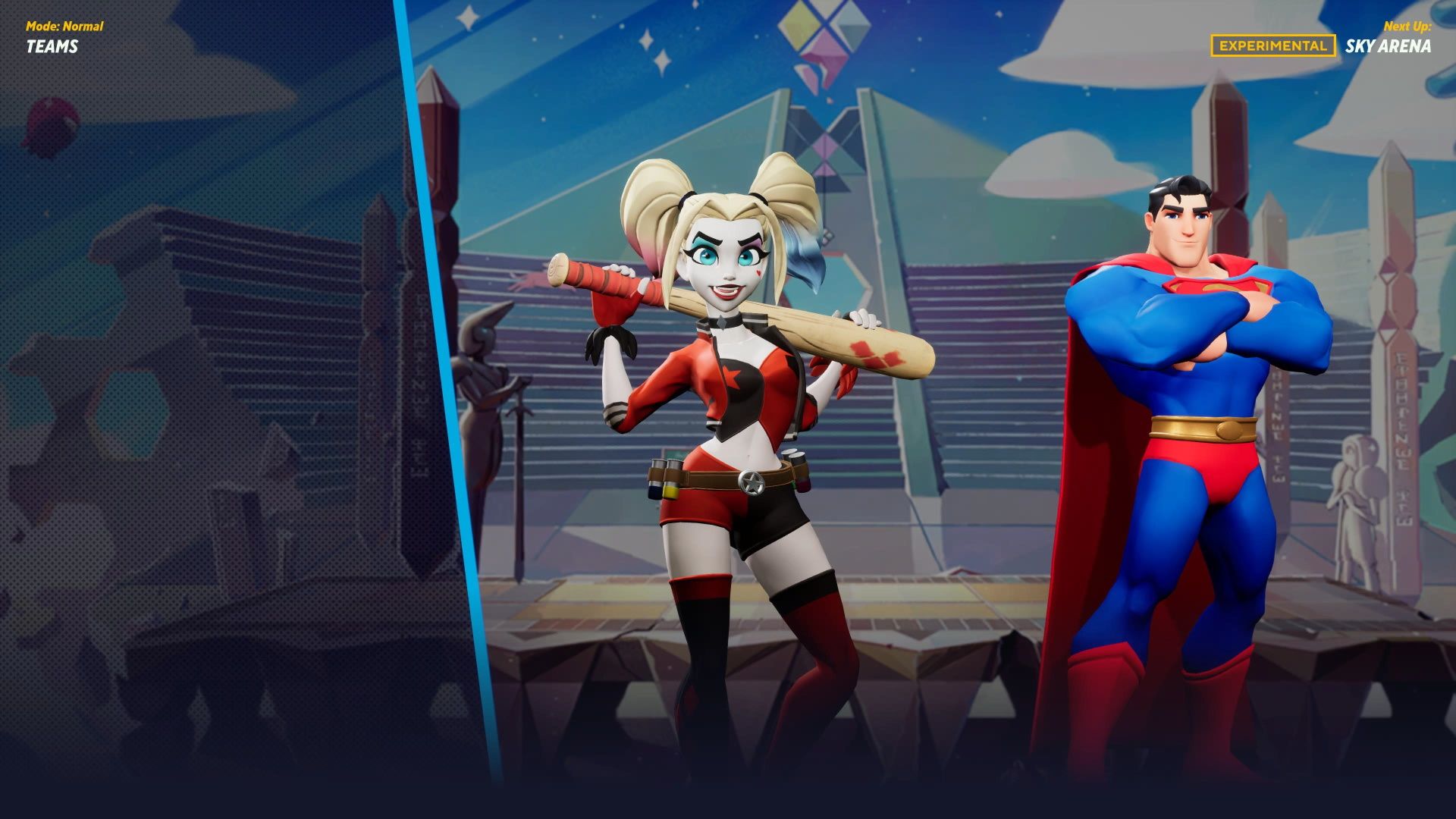 One thing that is readily apparent, is that the roster in MultiVersus has a number of tools that are especially focused on providing utility to your teammate. And 2v2 is the "recommended" way of playing MultiVersus. So, make sure to be aware of what your role is on the team. The more familiar you are with your tools, the more potent you will be on a team. As an example, you could just play Wonder Woman as you would any brawling character, or you could use your down special and down attack in order to provide your teammate with armor, and use your lasso to yank them out of a tough position when they are getting ganked.

There is a lot of room to build a team that has particularly strong synergy based on their elemental attacks. As an example, you could build your team around synergizing between the freeze effect. A Superman and Velma team would be able to be a constant threat of freezing their opponents. Or you could synergize based on complementary abilities. Like, how about a Taz that can break armor, that is simultaneously being granted armor by Wonder Woman? It is still early days, so we don't really know what the most potent combinations are, but there are definitely a lot of pretty interesting teams you can build right now.