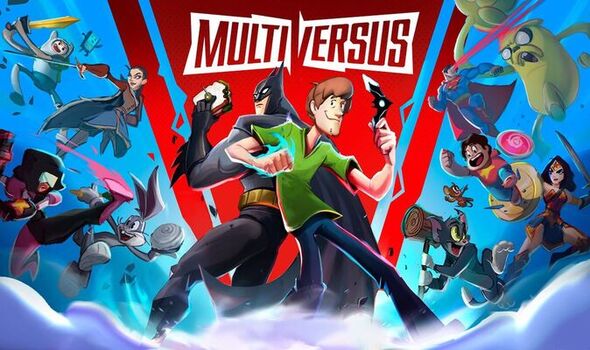 MultiVersus is getting a brand new update today (September 8), although you’ll have to sit through a period of server downtime first. MultiVersus update 1.02 has a September 8 release date, and a 5pm BST UK launch time. Downtime will last for around an hour, which means MultiVersus will be back online at 6pm BST. The headline new feature of update 1.02 is the addition of Gizmo from Gremlins.

The new character is accompanied by a big new gameplay update, which makes huge changes to game balance, maps and characters.

This includes tweaks to the hitbox/hurtbox system, which is given a big overhaul. According to the developer, the goal with the update is to “more tightly tie hitboxes and hurtboxes to our character animations”.

The projectile system has also been standardised, making it easier to figure out for new players. There’s a new Heavy Projectile, which breaks enemy fireballs. Barriers will also more consistently block opposing projectiles.

Elsewhere, each character has been tweaked to make things a bit more balance, while maps like Cromulons and Cromulons have been updated with a new floating platform.

You can see the MultiVersus update 1.02 patch notes below.

This patch includes our hitbox/hurtbox system overhaul. Our goal with this update is to more tightly tie hitboxes and hurtboxes to our character animations. We will be keeping an eye on how this update affects the player experience and we are ready to implement additional patches if any problems arise. This will be a process for us to get there, but this is our first step towards truly accurate hitbox/hurtbox detection and gives us a foundation to permanently fixing issues going forward.

• Hurtboxes updated on every character.

• Hitboxes updated on most attacks. Specific adjustments may not be listed in the character notes.

MultiVersus is a game that thrives on interesting interactions between fighters, between allies, and between projectiles, but a player shouldn’t need an encyclopedic knowledge of every attack in the game to feel comfortable understanding those interactions. Our goal with this update is to standardize global projectile behaviors so players can better adapt strategies around projectiles. This update is just the first part of our projectile systems changes, so expect more updates in a future patch.

• Projectiles that explode no longer hit fighters that blocked the projectile.

• Directional Attacks and Specials can now be mapped to specific keyboard keys.

– For example, Down Attack can be mapped to a key so that you can perform Down Attacks without also Fast Falling.

• In total, there are 8 new keyboard binds: Up Attack, Right Attack, Down Attack, Left Attack, Up Special, Right Special, Down Special, Left Special.

• Adjusted character mesh vertical offsets so that characters’ feet don’t clip into the floor as much.

– This change also involved adjusting the floor collision for the following maps: Scooby’s Haunted Mansion, Cromulons, Cromulons (1 vs 1), Tree Fort (1 vs 1), and all versions of Sky Arena.

• Improved input handling when an Attack/Special is executed at the same time as a jump.

• Clear The Air: Updated description text to explain that perk effect only applies to non-Heavy Projectiles

• Ice To Beat You!: Projectiles will only apply Ice debuff to fighters that are not already debuffed by Ice

• Sturdy Dodger: Fixed an issue where the perk would not stack properly

• Trampoline tree health reduced to 15 from 30

• Fix minor asymmetry in the main platform’s collision so that it is now perfectly centered.

• Added a new floating platform to both versions of Cromulons.