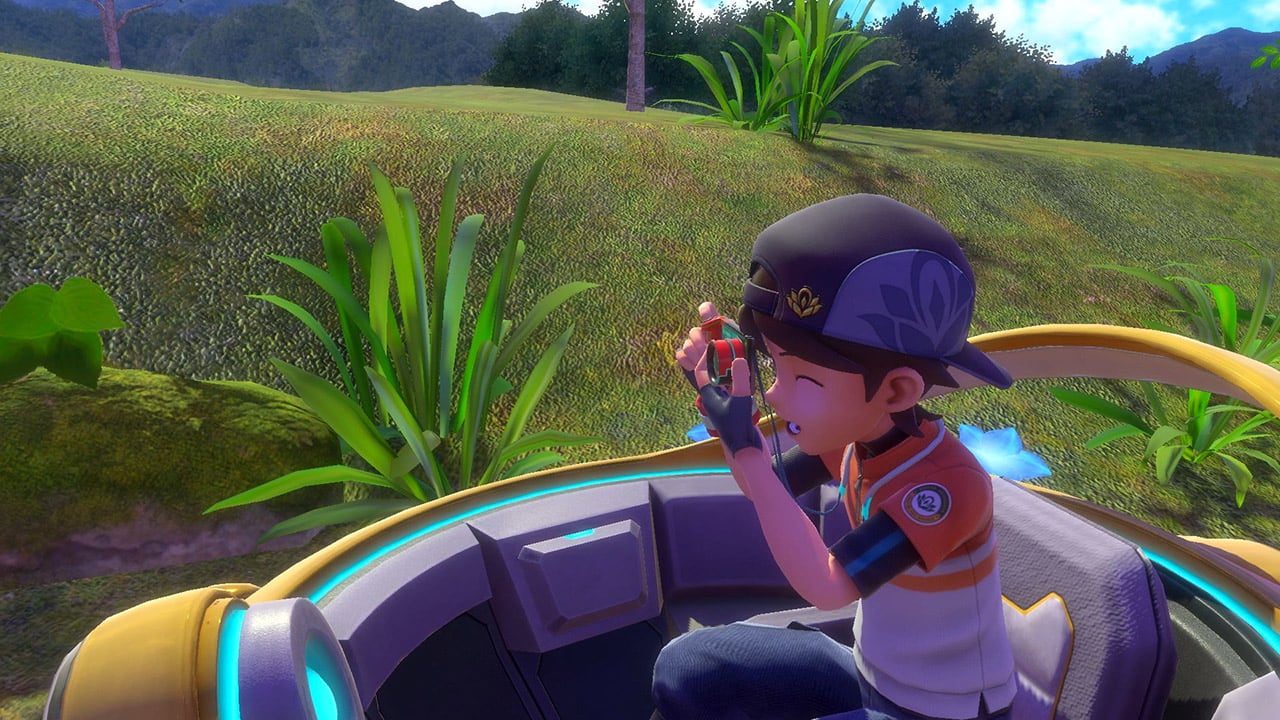 The first ever 3D Pokémon game finally gets a sequel, with a follow-up that’s half lightgun game and half first person photography sim.

According to Wikipedia, Pokémon is the highest-grossing media franchise in the world. It’s made more money than Star Wars, Marvel, and Mickey Mouse but you’d never believe it when looking at the games. The recent Pokémon Sword and Shield looked more like a mid-budget indie title than the scion of the most successful series in entertainment history. But as good as many of its games are the Pokémon franchise has always had wasted potential to spare – a case in point being how long we’ve had to wait for a sequel to Pokémon Snap.

Pokémon Snap was originally released in 1999 for the Nintendo 64 and was the first time pokémon had ever been seen in 3D, outside of the original Japanese-only version of Pokémon Stadium. Rather than an attempt to replicate the gameplay of the Game Boy originals the game took an entirely different tack and was essentially a wildlife photography simulator. In gameplay terms that meant it worked very similarly to lightgun games like Virtua Cop, except you were shooting rolls of film instead of bullets.

The game was a great deal of fun in its own right but it was also the first time any of the games had portrayed pokémon in their natural environment, in any kind of realistic manner. Even Sword and Shield doesn’t really do that and yet in Pokémon Snap you can see the various critters cavorting about, playing, sleeping, and eating. It may all sound very twee but unless you absolutely hate Pokémon it’s extremely charming and, crucially, an enjoyably unusual gameplay experience.

There’s not much of a story behind New Pokémon Snap but what there is revolves around the exploration of the Lental region, where you’re helping to document the local pokémon and investigate a new phenomenon where special flowers and pokémon have been discovered to light up at night. The front end is very simple, with a bare minimum of voice-acting (which still manages to be more than Sword/Shield), but that’s fine because all you really want to do is get aboard the NEO-ONE vehicle – a sort of flying golf cart – and start to catalogue the wildlife.

Just like a lightgun game, New Pokémon Snap takes part entirely on-the-rails, with no control over where you go. Instead, you just sit in the NEO-ONE, like a theme park ride, and from a first person perspective look around with your camera to try and spot pokémon. There are optional motion controls, and in handheld mode you can hold and turn the console as if it was the camera itself, but the basics of the action is as simple as pointing and shooting.

New Pokémon Snap is obviously aimed at a very broad family audience but the surprising thing about it is that it’s actually kind of difficult. This isn’t the Dark Souls of photography sims but it is a very direct sequel to the N64 original, in that there’s no hand-holding and it’s entirely up to you to work out where the pokémon are and how to get the best photographs of them.

A single trip on the NEO-ONE takes less than five minutes and all the time you’re moving along things are going on around you, such that it’s easy to not realise even very large pokémon are close by. A scan option helps to a degree, especially if pokémon are hidden by vegetation, but you’ve also got to listen to the noises around you, watch for shadows, and observe as much as possible of what’s going on – making a mental note of what needs further investigation on a subsequent trip.

The scan sends out a mild electrical pulse that can affect certain pokémon (the developers compare it to saying ‘cheese’) but as you progress you also unlock other tools, such as a fruit you can throw – which many pokémon will be interested in eating or which you can hit them on the head with to provoke a response. You also learn to use the special glowing flowers and a flute that plays a tune like an ice cream van.

The ultimate goal is to try and fill out a photo pokédex, as there are over 200 pokémon in the game, with the Lental professor rating each of your photos, from one to four stars, once you get back. The logic he uses for this is often impenetrable though, with seemingly impressive photos getting low scores and shots of a Quagsire’s backside inexplicably getting three. Although that doesn’t really affect anything as it’s what you take photos of, rather than the specific images themselves, that count most towards your progress.

The three and four star photos invariably involve the pokémon doing something unusual and/or being light up by the Illumina phenomenon, which creates a surprisingly strong puzzle element where you have to work out how to make a pokémon perform an action for the camera.

You’re given achievement like challenges to complete, that usually hint at the rarer actions, but there’s still lots of unexpected things going on around you that are easy to miss, from a snake-like Arbok sleeping in a tree to discovering why a Skorupi is suddenly laying on its back – after you turned away while trying to snap a shot of a Sandshrew rolling past.

The game is full of little micro-story moments like this, and we were surprised at one point to see a seagull-like pokémon snatch a fish out of the water – which may be the first time pokémon have been portrayed as eating each other in a game, even though their pokédex descriptions have been talking about it for years.

Photos can also be enjoyed simply for what they are, with a fairly extensive suite of editing options that allow you to do everything from simply crop the image to add stickers and silly glasses. Photos can be saved independently to your own personal album, whether they’re used in the pokédex or not, and you can also share them online for other people to see and rate.

With the original you could, in America, take your memory card to Blockbusters and print out actual photos and that’s still possible with New Pokémon Snap if you have access to a Fujifilm Instax Mini Link printer. Nintendo has sent us one to try out (it also works with other Switch games like Animal Crossing) but we can’t test it until April 30 when the app goes live.

New Pokémon Snap is more involved than you would think but it would be a lie to describe it as a deep or complex game, just as it would be foolish to expect such a thing in the first place. We would call it relaxing but it’s actually quite nerve-wracking at times, as you know you’re coming up to a set piece and are desperate to try to get a decent snap in the few seconds window you’re afforded.

There is no random element to New Pokémon Snap and instead each environment has multiple different courses every time you unlock a new level of experience, by earning points with your photos. This is the where the question of wasted potential comes in, as it’s very easy to imagine a sequel where you can move about freely and, more importantly, the pokémon react dynamically to each other and the environment, creating a more sandbox style of play.

That’s certainly the sort of game we would’ve imagined existing back in the N64 days, when dreaming of what Pokémon Snap would become in another 20 years, but for better or worse this feels like the sort of sequel that should’ve appeared shortly after the original, on the GameCube or Wii. How much you take that as a criticism depends on your point of view on Pokémon and sequels in general but in terms of creating a worthwhile follow-up, and quasi-remake, of the original this is largely faultless.

The graphics aren’t the best on the Switch, but at least they’re not as flat out embarrassing as Sword/Shield, and seeing pokémon in more naturalistic settings, with no mention of pokéballs or fighting, focuses on a side of the franchise that often gets ignored nowadays. New Pokémon Snap is a fine sequel and while you can’t help but wish it had come out a good decade or so earlier it’s definitely a case of better late than ever.

In Short: It’s been a long time coming but the magic of Pokémon Snap has been effectively recreated in a game that’s more challenging and engrossing than its peaceable premise suggests.

Pros: The original concept still works very well in terms of both gameplay and its depiction of the pokémon world. A deceptive amount of content with some cleverly hidden secrets.

Cons: The gameplay hasn’t fundamentally changed from the original, despite the obvious potential for expansion. Photo grading often seems arbitrary.