The Destroyer is the support Tank role in Ni No Kuni: Cross Worlds. They function just as you'd expect from their burly physique: they hit hard and have very strong defences, but this comes at the expense of Movement Speed. Although other Support roles, such as the Engineer, aim to heal and buff teammates from a distance, the Destroyer prefers to get stuck in to the fray and provide support in the form of aggression.

Although the Destroyer is a Support-oriented character, this hammer-wielding beast hits incredibly hard and can more than hold his own in any close combat situation. If you enjoy getting stuck in and ploughing through enemies with sheer force, then this is surely the character for you.

How To Play As A Destroyer 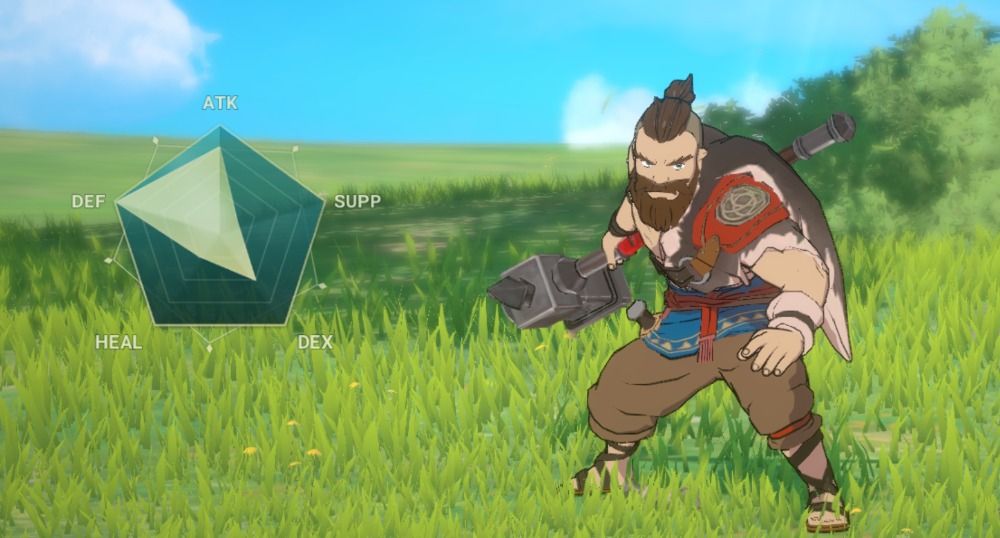 The Destroyer lives up to his name: he has the capability to take down any opponent through sheer muscle, no matter how imposing they may seem. You will want to throw yourself into the heart of the battle at the first opportunity, and make sure you stay there for as long as you can. Not only will you offensive prowess help your team massively, but you will also be able to tank a lot of hits for your teammates, meaning that they can focus on doing their jobs effectively even if they are normally pretty squishy.

The role of the Destroyer, then, is twofold: attack and protect. When choosing Skills and Equipment for your Destroyer you should bear both of these missions in mind, and try to achieve a balance between martial prowess and defensive capability. This should also affect your choice of Familiars, as Attack, Defence, and Support-Type Familiars can all be effective for a Destroyer build if they have strong enough Skills.

Whether you choose to emphasise Attack, Defence, or Support is up to you. You could build your Destroyer into a damage machine with many aggressive Skills, or you could give him more group healing Skills to better care for your party. However, you should always bear in mind that the Destroyer can be very good at all of these things at once, and so you should be flexible enough to carry out whatever duties the situation calls for.

Best Familiars To Pair With A Destroyer

Since your Destroyer shouldn't seek to specialise too heavily in any given stat, you should be open to taking advantage of any Familiar Type. This means that you can take advantage of some of the best Familiars in the game, in ways that wouldn't provide nearly as much benefit to other Classes. Moreover, the fact that there is very little inherent limitation regarding your Familiar choices means that you can craft a synergistic team of Familiars, picking many with the same Element to stack their buffs as much as possible.

For example, you could build a Water-oriented team composed of the three best Water-type Familiars in the game: 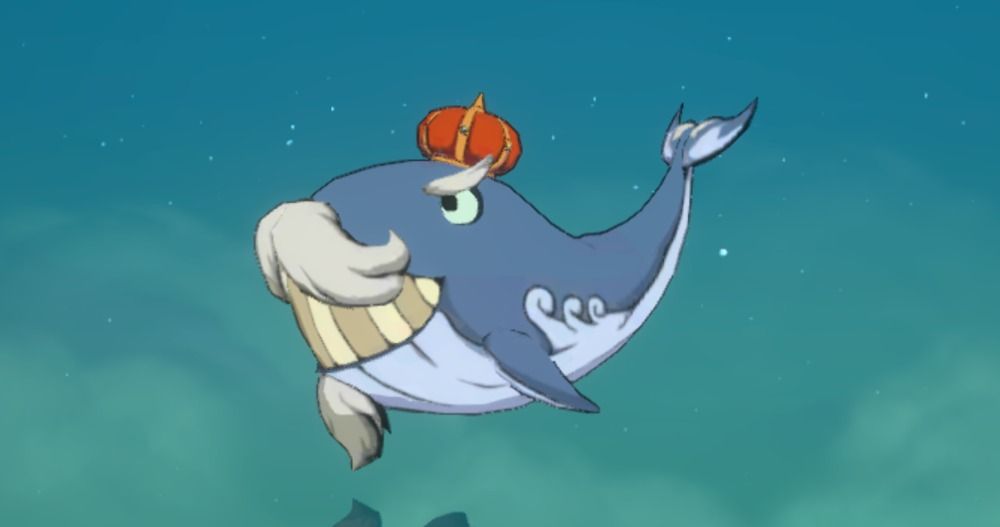 But what if you don't have all three of these? Because the Destroyer is so unspecialised in his stat lineup, it is easy to swap any of these out for one of your personal favourites – in a more Defence-oriented composition, for instance, you might want to swap out an Attack-Type Familiar for the defensive (and majestic) Prince of Whales.

Don't let the above recommendation limit you, however. Most Elements contain an array of powerful Familiars that you can build a fantastic team around, from the tenacious Fire-Element Mite to the friendly Light-Element Thumbelemur. Play to the strengths of the Familiar pool you have available to you, and you won't have any trouble fitting your Familiars to the Destroyer's playstyle.

Best Armour For A Destroyer 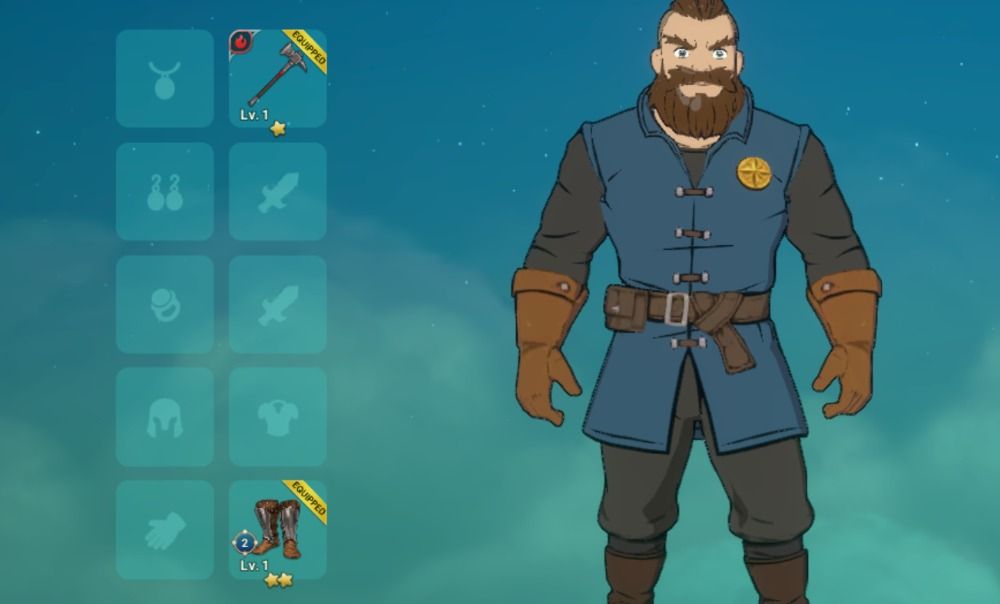 A Destroyer's armour is there for one purpose: to turn them from a formidable fighter into an indomitable defensive wall. As such, the best armour pieces for a Destroyer either have significant defensive bonuses or give you protection from crowd control effects – or both. Here are some of the best picks:

Best Accessories For A Destroyer

Contrary to your armour, your accessories provide a wide range of effects that serve you both defensively and offensively. Because of this, they are a great tool for augmenting your Destroyer's kit with unexpected surprises to take the upper hand in battle. Here are some of the best:

The Destroyer's optimal Skill set supplies him with powerful attacks as well as vital healing Skills. Your chosen Skills should leave you prepared for any situation, whether you need to rack up lots of damage to end a fight, or rally your teammates back to health when you're on the back foot. In short, your Skills should be able to help the Destroyer fulfill all the roles that a Support Tank should be able to play on a well-oiled PVP team.

Your Basic Class Skills are: Whirlwind (you spin around to deal damage to enemies within a radius), Brutal Strike (you swing your hammer in front of you, dealing damage to and Knocking Down any enemies hit), and Leaping Slam (you leap up and land on a faraway target, dealing damage and reducing the target's Move Speed). These are your bread-and-butter, and should be used copiously in the heat of battle to get as much damage on the field as possible. Your Burst Skill, Hyper Strike, follows a similar vein: it summons a massive hammer to deal huge damage in an area ahead of you, and can be deadly in close-quarters situations. 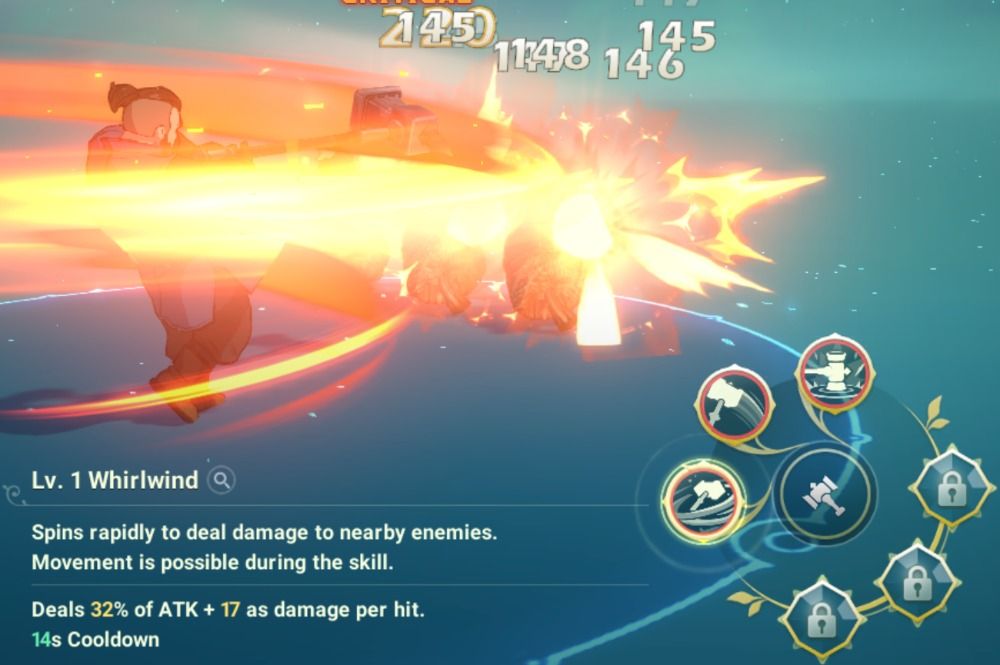 Special Skills, on the other hand, can either be used for extra bursts of damage or for reinforcing your already impressive defences. Two of the best Skills for a Destroyer are Battle Cry (which deals Fire Damage as well as Taunting nearby enemies, making them only able to target you for attacks), and Frozen Shards (a more defensive Skill which gives you a shield worth 15% of your HP that deals damage to nearby enemies when it is broken). There are many other high-Damage Skills available that will happily fill your final Skill slot, ranging from the electric Frenzy Charge to the slowing Blizzard.

Finally, your Passive Skills are more defensive in nature, giving you effects that either reduce the damage you take or punish enemies for damaging you. One particularly good example is Oath of Revenge, which buffs your Movement Speed, Attack, and Defence whenever you take damage. In addition to this, Counter Slow takes this theme of punishing enemies further by having a chance reducing their Attack Speed and Movement Speed if they land a successful blow. Your final Passive Skill will depend on what you're looking for out of your Destroyer, but Parry is a solid option that has a chance to decrease damage taken from an attack by 10%.