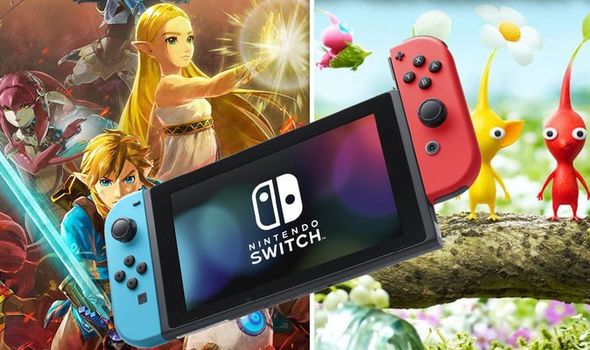 Nintendo Switch fans should tune in to a special Direct conference later today (October 7), as Treehouse Live makes a return.

According to a recent tweet posted by Nintendo, the Treehouse Live event will explore Pikmin 3 and Hyrule Warriors: Age of Calamity in greater detail.

“Nintendo Treehouse Live returns on 10/7 at 10am PT with a livestreamed presentation featuring two segments,” reads a Nintendo tweet.

“Tune in for a Pikmin 3 Deluxe deep dive and a new stage and gameplay details for Hyrule Warriors: Age of Calamity.”

The Pikmin 3 and Hyrule Warriors Treehouse Live event will be broadcast live on YouTube, although you can watch it right here live by clicking play on the video below.

Launching on November 20, Age of Calamity features the same 1-vs-1,000 gameplay of the previous Hyrule Warriors game, which was developed by the team behind Dynasty Warriors.

“Travel into Hyrule’s past and fight to prevent the kingdom’s destruction in Hyrule Warriors: Age of Calamity for Nintendo Switch!” reads the official description.

“Unfolding a century before the events of The Legend of Zelda: Breath of the Wild, the fate of Hyrule hangs in the balance.

“Lead your forces onto the battlefield, then battle against the might of Calamity Ganon in the ultimate struggle for survival.”

Pikmin 3, meanwhile, is a re-release of the Wii U game, only with one or two new features.

The Nintendo strategy game features two-person co-op mode in local multiplayer, as well as a number of quality of life improvements.

Arguably best of all are the new prologue and epilogue chapters, which feature Pikmin and Pikmin 2 heroes Olimar and Louie.

Pikmin 3 will be available on Nintendo Switch from October 30. You can pre-order the game from the Nintendo website today.

Related posts:
10/07/2020 News Comments Off on Nintendo Direct Treehouse event LIVE: A must-watch for Legend of Zelda fans
Hot News
Capacity raises $11 million to automate enterprise help desk tasks
Alphabet’s Loon claims stratospheric flight record of 312 days
List Of Legendaries In Crown Tundra — Every Legendary Pokemon In Sword & Shield
Destiny 2: Beyond Light Will Have Some EXTREMELY Bad Weather
LoL Rumor: Evil Geniuses To Appoint Peter Dun As Coach, Bang To Leave
Recent Posts
This website uses cookies to improve your user experience and to provide you with advertisements that are relevant to your interests. By continuing to browse the site you are agreeing to our use of cookies.Ok