Netflix’s live-action Resident Evil series is not a reimagining, but a direct continuation of the games’ long and complicated story. The history of Resident Evil is woven through the eight-episode first season, and while the connections become more apparent as the series progresses, one well-established character plays a key role from the very beginning. Lance Reddick stars as Albert Wesker, Resident Evil’s most prolific antagonist who, fans of the series will remember, died in 2009 via rocket launcher in the base of a volcano. The circumstances of Wesker’s return are explored in the series, but one major retcon is never addressed. Wesker, the Aryan poster child for Umbrella founder Oswell Spencer’s eugenics program, is now a Black man and apparently, within the reality of the show, always has been. This is confirmed in episode seven when the original Wesker appears – with his signature black leather trench coat and dark glasses – and is also played by Reddick.

Whenever an adaptation of a popular franchise decides to change the race or gender of a character, there is always a lot of pushback from a certain sect of the fandom. Superhero movies commonly draw the most ire for casting actors who don’t match the race of their comic book counterpart, and everyone from Olga Kurylenko as Taskmaster to Zendaya as MJ has had to deal with bigots crying about woke agendas and virtue signaling. The fact that we’re still debating whether or not Sam Wilson is Captain America after a movie and an entire television show told us he was shows how little sincerity is behind these complaints. When people complained about the Eternals – a superhero team no one has ever heard of – having such a diverse cast, it was clear the issue has nothing to do with integrity or faithfulness to the source – it’s just about racism.

While I don’t care to entertain reactionary opinions about race swapping, the decision to cast Reddick as Wesker is an interesting one that warrants some exploration. In the Resident Evil lore, Albert Wesker was the subject of a decades-long experiment to create a race of superbeings who would survive the collapse of society and become the leaders of the new world. Albert and a dozen or so test subjects were orphaned children selected by Oswell Spencer for their superior genes and intellect and exposed to a virus designed to alter their DNA, making them stronger, faster, and live longer. Albert was one of the only test subjects to survive the experiment, and he would go on to hold an important role within Spencer’s company, Umbrella.

It’s easy to see the connection between Spencer’s eugenics program and the Nazi agenda. Nazism adopted Friedrich Neitzche’s Ubermensch theory as a model of social order, and an ideal to strive for. They hoped to create a society of pure-blooded, Aryan people that they believed embodies the most preferable genetic and intellectual properties. Albert Wesker, with his blonde hair, blue eyes, incredible intellect, and resilient genes, is the Ubermensch that Hitler and Spencer strived for. He’s the Boy from Brazil. He is an exact model for the master race, so surely Netflix’s Resident Evil must be saying something by casting Reddick. After watching the series, I couldn’t determine what that was, so I asked the showrunner, Andrew Dabb. Here’s what Dabb had to say about the connection between Project Wesker and Nazism:

“I think we should probably not assume all eugenics equal Ubermensch, because I think that’s a very specific reading of history. There are eugenics movements in every single culture and ethnic group around the world. I think we need to be a little more global in our thinking about that. Which is a way to say basically I don’t think the character, the OG character Wesker in our show is eugenicist but he wants to create the perfect human. The perfect human probably does not look like the Ubermensch type if you just look at genetics as a science.

“The most genetic diversity is not found in Northern European populations, let's just put it that way. This is still this character, but are we going to be bound by, I would argue, a somewhat old-fashioned view of this? And a view that is somewhat supported by the games, but not always. Because in the games what matters is your DNA, what matters is on the inside not the outside. Certainly our Wesker gene edits his children to make them more perfect. It’s the theme of the game and it’s something we’re not leaning away from, but at the same time we weren’t going to let, I would argue, probably too specific definition or a definition we are bringing a certain amount of cultural baggage to, that maybe isn’t 100% supported if you really dig down into the games.” 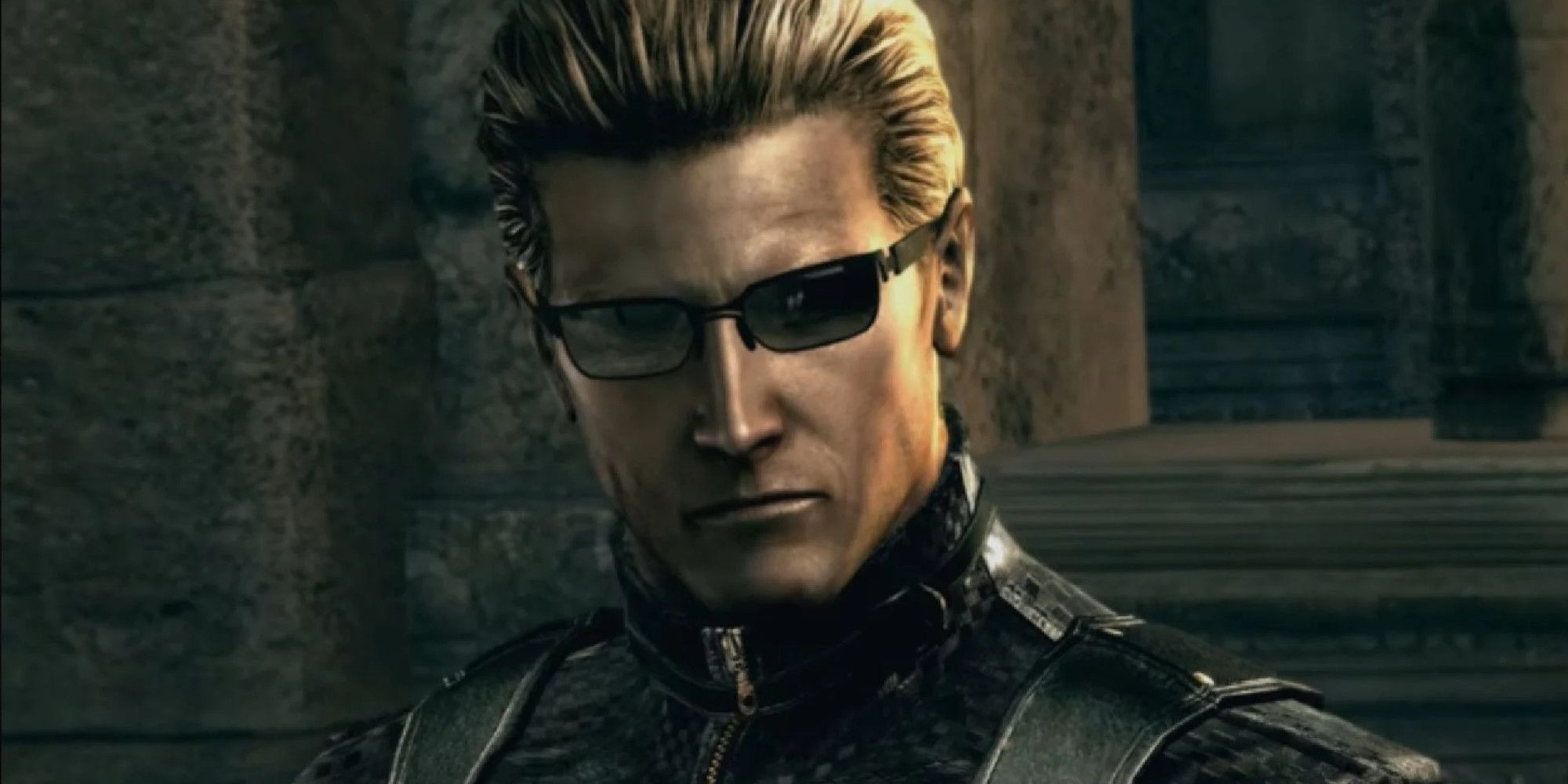 Dabb argues that, because eugenics is not a concept exclusive to Nazism, that we ought not necessarily read Wesker as an Ubermensch, and that such a reading is both historically myopic and isn’t entirely supported by the plot of the games. Further, he argues that a true eugenicist, unclouded by biases of race and class, would know that an actual race of “perfect humans” would have the most genetic diversity, not ‘pure’ Aryan blood. He seems to reason then that changing Wesker’s race helps the show escape from “old fashioned” ideas about eugenics by leaving behind the cultural baggage attached to the concept.

We can find examples of eugenics as far back as ancient Greece. Plato himself suggested that Greece should create a guardian class of people through selective mating. Spartan children were killed if they had birth defects or were otherwise deemed unfit for training in battle. It’s certainly the case that eugenics didn’t start with the Nazis, but to call a reading of Resident Evil that ascribes Nazism to Spencer and the Wesker Program “a very specific reading of history” feels somewhat disingenuous. After all, the Nazis idealized the Roman empire in part for its eugenics, and we have plenty of reason to believe Spencer admired the Nazis for the same reason.

It’s true that Nazism is never directly invoked in Resident Evil, but the presence of Nazi ideology in Spencer’s work is inescapable. Spencer was born in the late 1920s to a family of British aristocrats. He grew up in a castle on a cliff along the British coastline and was raised among the European elite. He came of age during World War 2 and, as we know from his letters to Miranda, seeing the world on the brink of destruction had a big impact on him. Spencer believed that humanity was too weak to survive, so he dedicated his life to finding a way to evolve mankind, not just physically, but also morally. His experience with Miranda and the mold led him to form a group of eugenicists who would help him discover the means of creating a superior human race, and they would fund their research through a pharmaceutical company called Umbrella.

We find even more references to Nazism among Spencer’s colleagues. The Ashfords, whose history is explored in Code Veronica, used explicit German iconography in their family crest. There’s also a German tank on Rockfort island, and you can find concept art of the family dressed in SS uniforms, with the Umbrella symbol replacing the Swastika. Their names were originally Hilda and Hilbert Kreuger before they became Alfred and Alexia Ashford. Capcom decided not to be this explicit about Umbrella’s roots in Nazism, but just because no one ever says the word Nazi doesn’t mean all these other connections don’t exist.

After surviving Spencer’s experiments, gaining superhuman abilities, and becoming a key figure at Umbrella, Wesker eventually retaliates and kills Spencer but carries on his legacy. He devises his own plan to infect the entire world with a virus called Ouroboros and transform all of mankind – those with the strength to survive the effects – into superbeings like himself. In the final battle with Wesker at the end of Resident Evil 5, Wesker expounds all of the social-Darwinist rhetoric he learned from Spencer. Neither man needs to refer directly to white supremacy or Nazism for us to understand where their ideology comes from.

It is not by random chance that Albert Wesker, Spencer’s ideal specimen, is a perfect example of the Aryan Ubermensch. To suggest that there’s no connection here because eugenics is much bigger and older than Nazism is to deny the context that’s been presented to us. Ultimately it is impossible to separate eugenics from racism and classism, nor do the games try to. There’s a lot to criticize about Resident Evil’s depictions of race over the years, but it doesn’t pretend that its ideas are race neutral in the way that the show does. Just as it's significant that Wesker is blonde-haired and blue-eyed, it also matters that he is defeated by a Black woman whose community was destroyed by Umbrella in its pursuit of a better world. 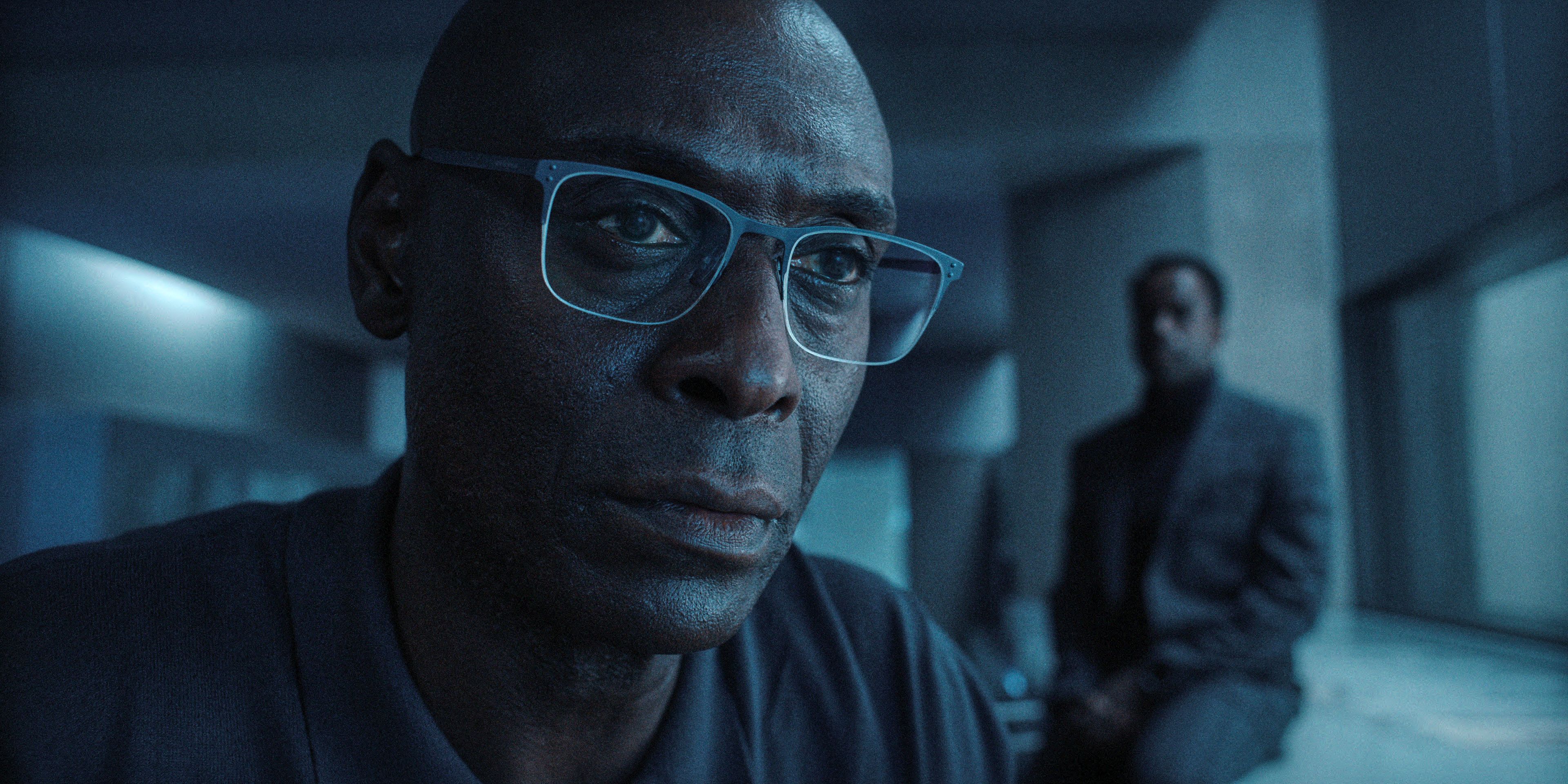 Recasting Wesker as a Black man was an opportunity for the show to say something, anything, about Resident Evil’s themes and the racial politics surrounding eugenics, but it opts out. Dabb’s reluctance to label the Wesker Project for what it is communicates the show’s unwillingness to meaningfully engage with what it means for Wesker to be Black. In a different interview with Reddick, he told me he wasn’t even aware the show was based on a video game when he took on the project, and didn’t need to learn about the character’s history to prepare for it. It’s clear that the storytellers don’t think it matters that Wesker was white before or that he’s Black now, and they’ve left a lot of potential narrative and thematic weight on the table. Just as Steve Rogers’ whiteness informed his worldview in a way that Sam Wilson had to reckon with before he could pick up the shield himself, changing Wesker’s race was an opportunity to explore what Resident Evil has to say about racial politics. It would have been a better show for it but instead we just get a bad guy being bad, and with the creeping rise of Nazism in the West, that feels like a missed opportunity.