Farming Titanium during your campaign playthrough of Outriders is recommended for the late game. You’ll need plenty of Titanium to continually craft and upgrade gear during endgame expedition runs. It’s a bit of a grind, but there are ways to make the Titanium gathering a bit easier.

There are several missions, side quests, and expeditions that reward significant amounts of Titanium compared to other parts of the game. Because you can repeat quests in Outriders, you can spend a good couple of hours repeating the same boss fight over and over again. One or two other methods can be used to gather plenty of Titanium. Here’s our guide.

What Is Titanium And Why Do You Need To Farm It? 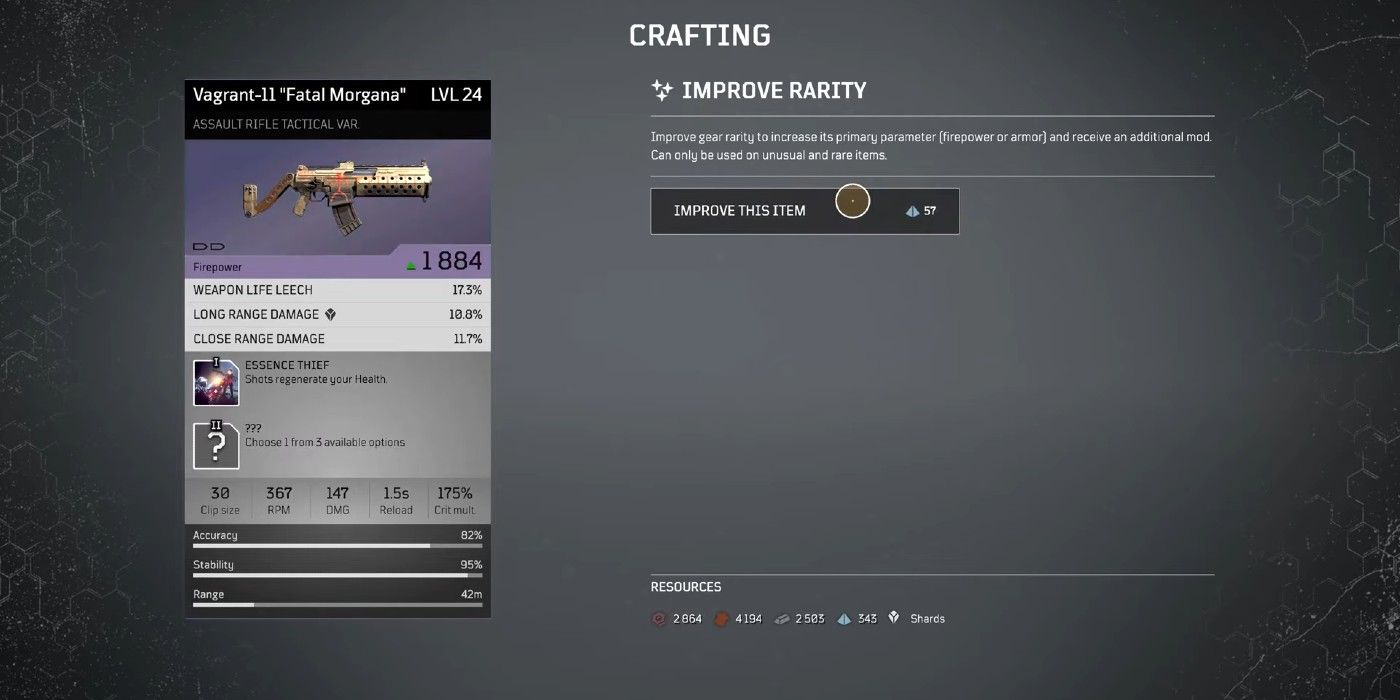 Titanium is a rare resource dropped primarily by Elites, although you can find Titanium via ore deposits on a high world tier, or collect it from dismantling rare, epic, and legendary gear.

Titanium is a crucial crafting component for upgrading the rarity value of your favorite gear. We don’t recommend wasting too much titanium during the early stages of the game: wait until you’re getting stuck into expeditions before crafting and upgrading too much.

Best Quest To Farm Titanium In The Early Game 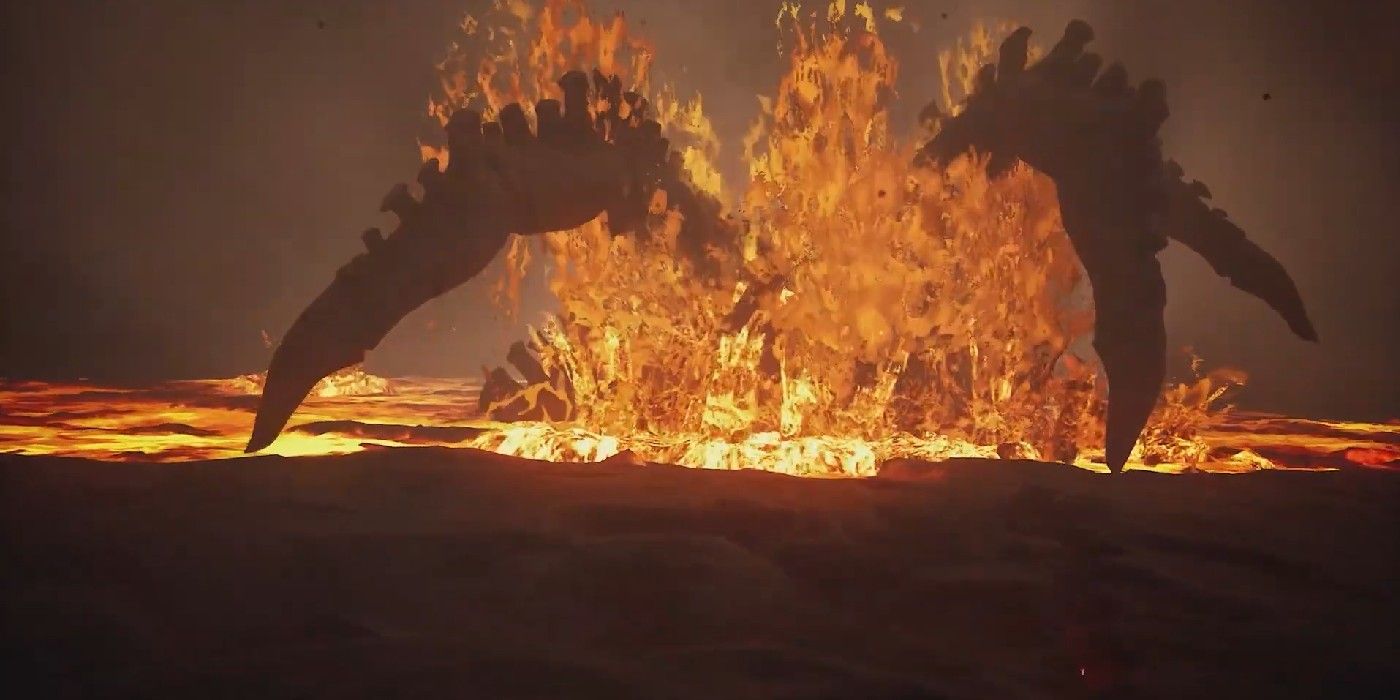 By far the best quest to farm Titanium in the early game of Outriders, and even later into your run if you want to come back and repeat the quest, is the Molten Acari battle. This big spider-worm is one of the first bosses you come across in Outriders, and when you run it through on World Tier 1 it can drop up to 30 Titanium per run. If you run it over and over for an hour or two, you can get enough Titanium to upgrade your gear and keep everything in line with your current World Tier. 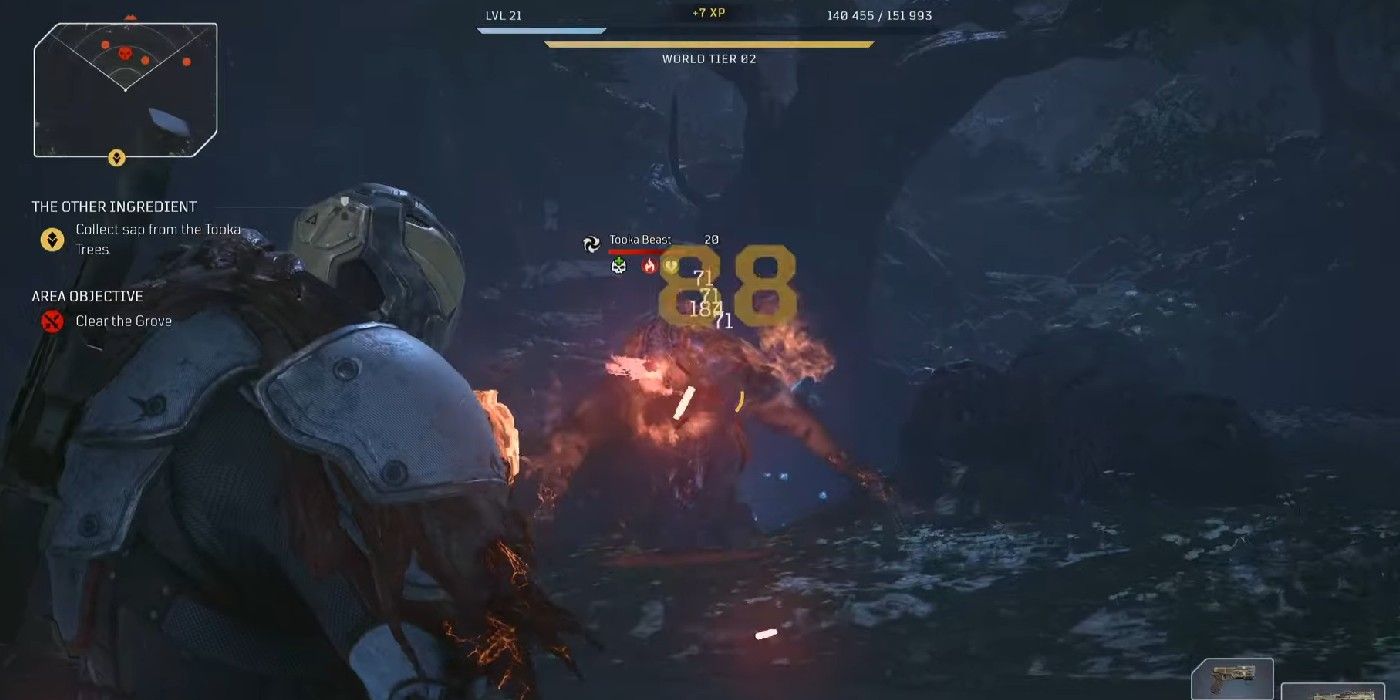 Before the endgame Expeditions get underway, players will need to rely on other means to get plenty of Titanium to upgrade their gear. One of the best ways to earn lots of Titanium is to farm the various Hunter quests dotted across Outriders, particularly in the Forest Region.

These quests are opened up by visiting Noah Dembele in Trench Town’s Bar. They pop up as a yellow claw on the map. Head there, kill the Elite, let the mobs kill you (so you get an instant reset), then rinse and repeat. Here are some of the best quests to farm for Titanium.

This is a quest best farmed with multiple players on a high world tier. You’ll get loads of Titanium from killing the Tooka Beasts, and with more players and world tier you’ll get a double spawn of Elites on the first battle rather than just one. That being said, you can solo this fight and farm on your own.

The Other Ingredient quest is easy to farm because of the way the Elites interact with the environment. If you stick to the first boss encounter with the Tooka Beast for your farming, you can just hang back in the entranceway. The Beast gets stuck in the opening and you can easily dodge its attacks. You’ll have to deal with the swarming Perforos regardless.

Just like The Secret Ingredient, the Predator to Prey quest is located in the Forest area. It’s likely the first quest you’ll come across in the general area, you just need to keep an eye out for the hunter Juno crouched over a body in the forest. She’ll let you know that a creature has been picking off members of her camp. It’s up to you to do something about it.

You’ll begin the quest (start tracking it by hitting the up arrow on your controller) and eventually have to fight Tyrannus. This beast is basically a super version of the Crawlers and Alpha Perforos you’ve already had to fight through to get to the final boss fight. You can farm this when you first encounter it and return on a higher world tier to grind out some rare loot. 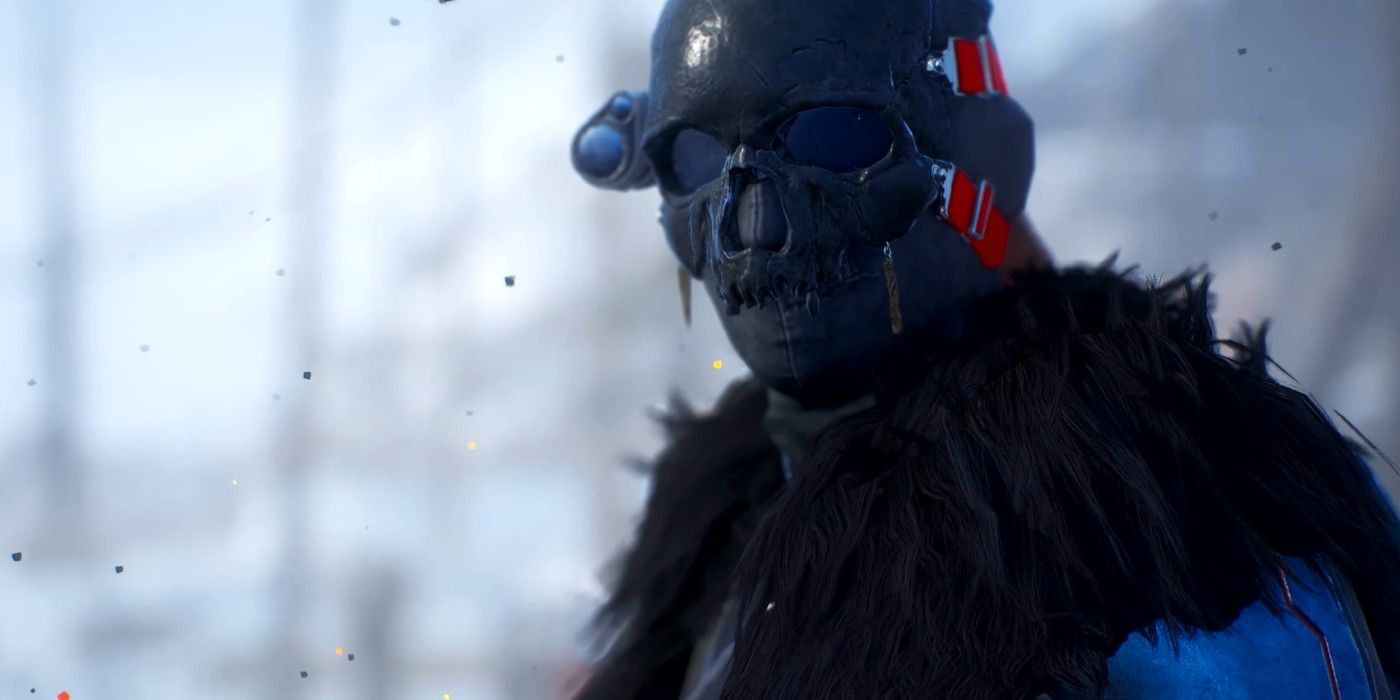 As you enter the endgame of Outriders, you’ll begin to find that you’re getting more Titanium from Expeditions than you did during the main campaign. The higher the Challenge Tier, the more Titanium you’ll get, but this is matched by the trickier gameplay. You want to be aiming to Gold each Expedition. Adjust your challenge tier as needed.

All the Expeditions are decent for farming Titanium, but if you want to max out your resource yield you’ll want to start dismantling all Epic and Legendary gear (if you don’t need it as an upgrade) and sell everything else. You can convert Scrap to Titanium via Bailey, whereas other NPCs, like Tiago, can set you up with other materials like Leather.

The whole point of Expeditions is to improve your Challenge tier, max out your gear, and continue stacking good loot. Some expeditions are harder than others. For those just getting started on the Expedition grind, we definitely recommend Chem Plant. It recently received a nerf to reduce the level’s timers to make it harder, but it’s still probably the easiest Expedition to farm in the game. You can check out our full Chem Plant guide here.

Boom Town For The Continued Grind

Boom Town is much trickier to get a Gold rank on than Chem Plant, mostly due to the challenge’s extremely strict timer. However, once you’ve had a few runs, it’s also one of the fastest Expeditions to repeatedly farm. Because of the mix of general fodder enemies on this run, you’ll need a class that can deal serious damage. Check out our full guide to the Boom Town Expedition here.

NEXT: Outriders Complete Guide And Walkthrough 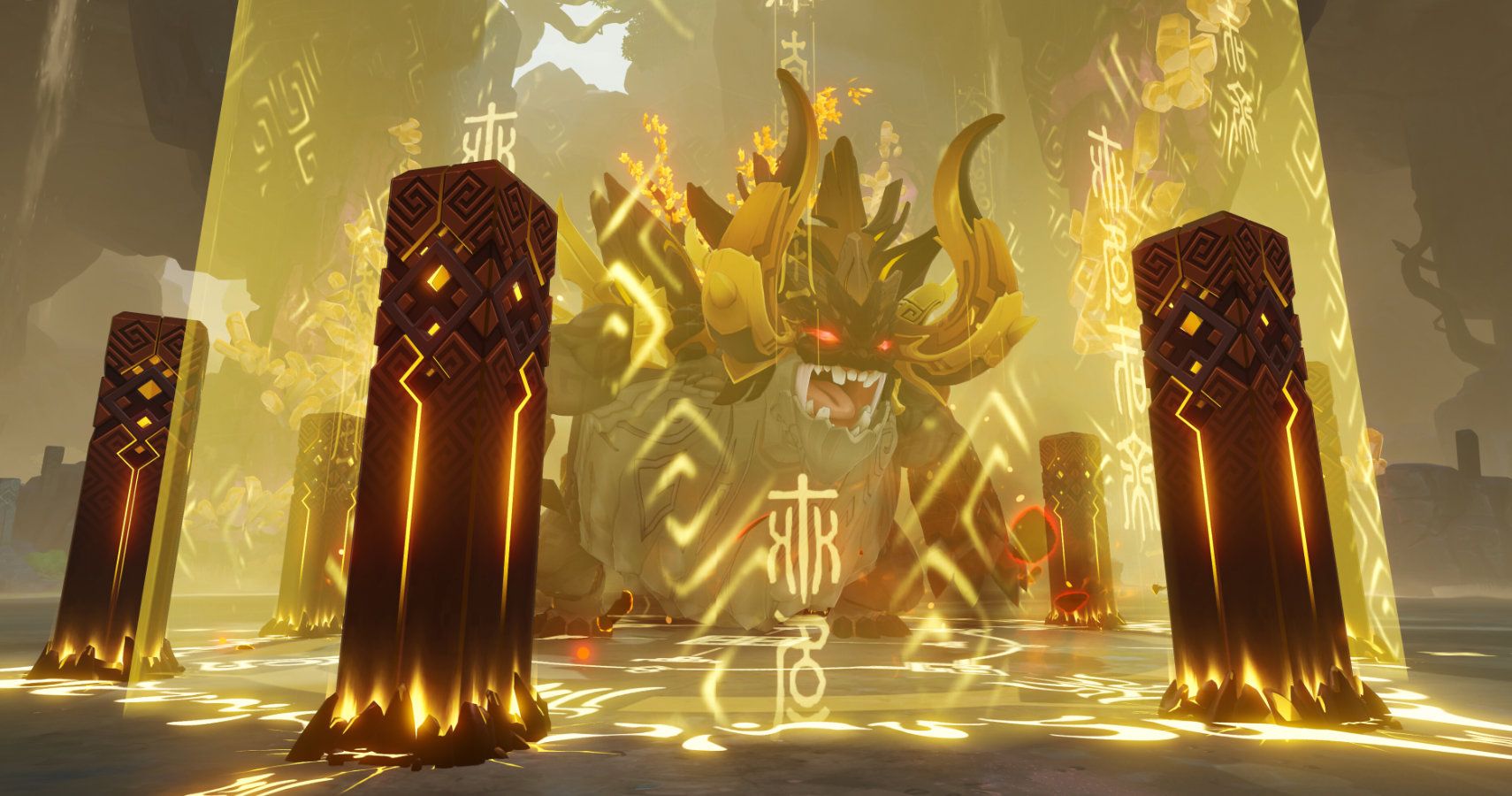