Outriders contains some of the best build customization seen in the looter shooter genre. Players can focus on using their weapons, abilities, or a mixture of the two to clear the game’s toughest content. Tricksters are a great example of this, capable of playing as a shotgun-wielding assassin or a more skill-heavy ninja.

While Anomaly Builds require more specific gear to work, they are by no means unviable. Skillful players that master their abilities can clear Challenge Tier 15 Expeditions without firing a single bullet. This build does just that. Through the use of Temporal Blade and Hunt the Prey, you’ll become a teleporting assassin that turns hordes of enemies into skeletons. Here is our complete guide on the Temporal Edge Trickster, our take on an Anomaly Power Trickster build. 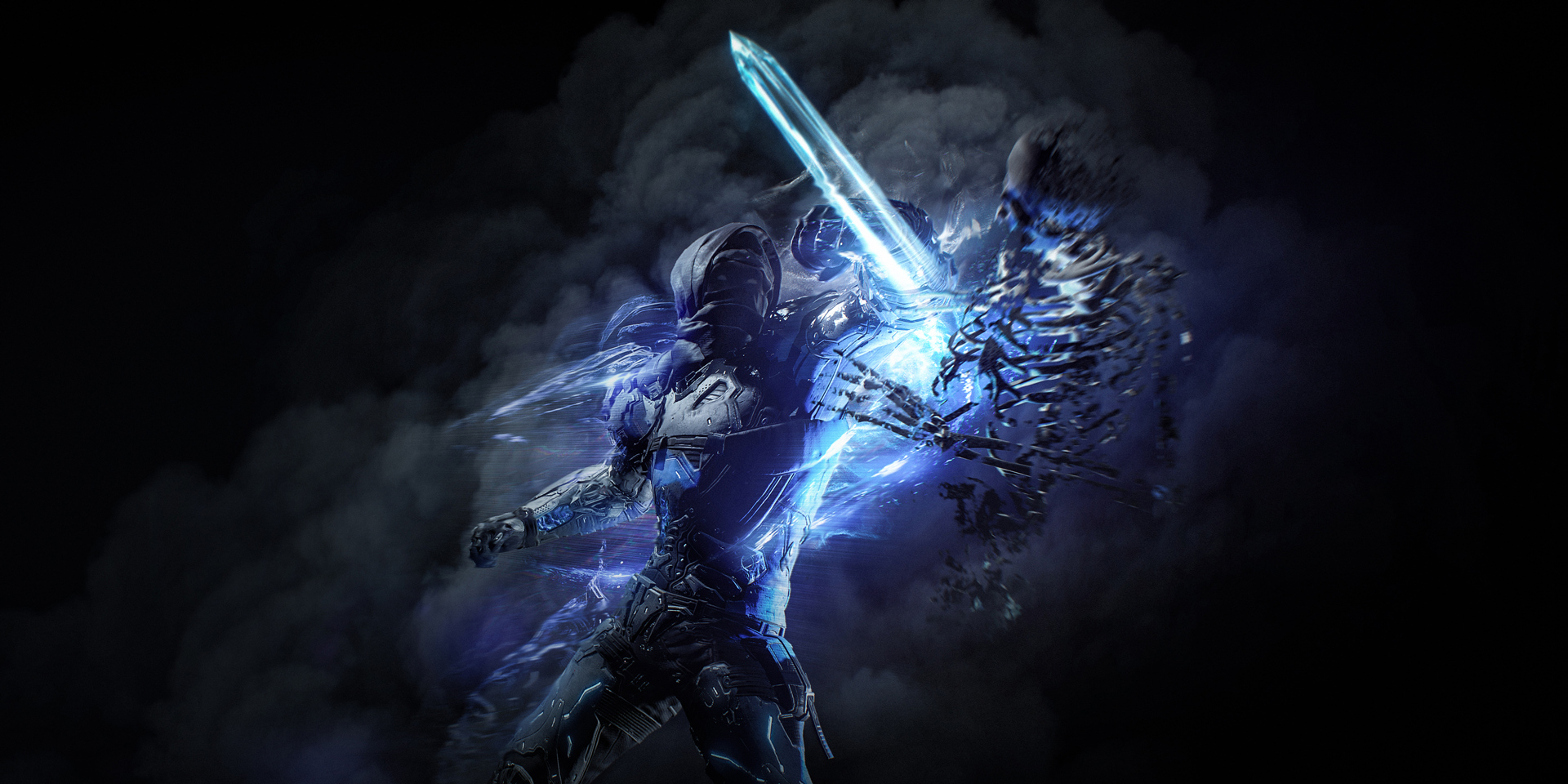 Are you tired of playing a Firepower build? Is Temporal Blade your favorite ability? Do you like seeing the enemy’s skin and flesh peel away to time-bending magic? If you answered yes to any of those questions, this is the build for you.

The Temporal Edge build takes the Trickster’s main melee skill, Temporal Edge, to its absolute limit through the use of certain mods and by scaling Anomaly Power. You can pair this with Cyclone Slice or Venator’s Knife to increase your survivability or damage, respectively. Finally, the use of Hunt the Prey gives this build a strong degree of mobility, allowing you to Gold clear high Challenge Tiers with some practice. 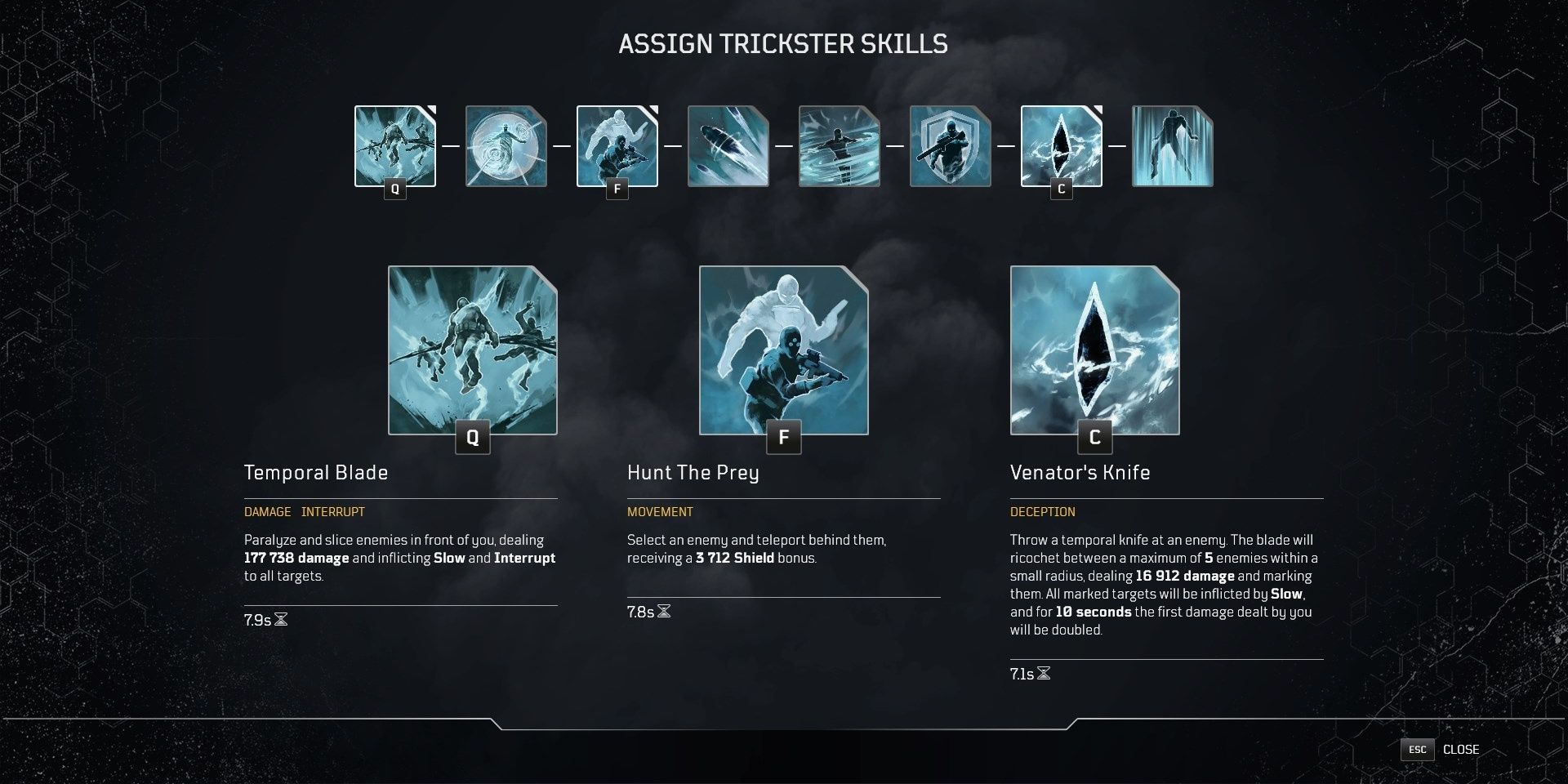 There are four skills that you can use with this build, Temporal Blade being mandatory. The other two skills can be switched freely based on your needs or team composition. If you want an in-depth look at each skill, check out our in-depth Trickster guide. 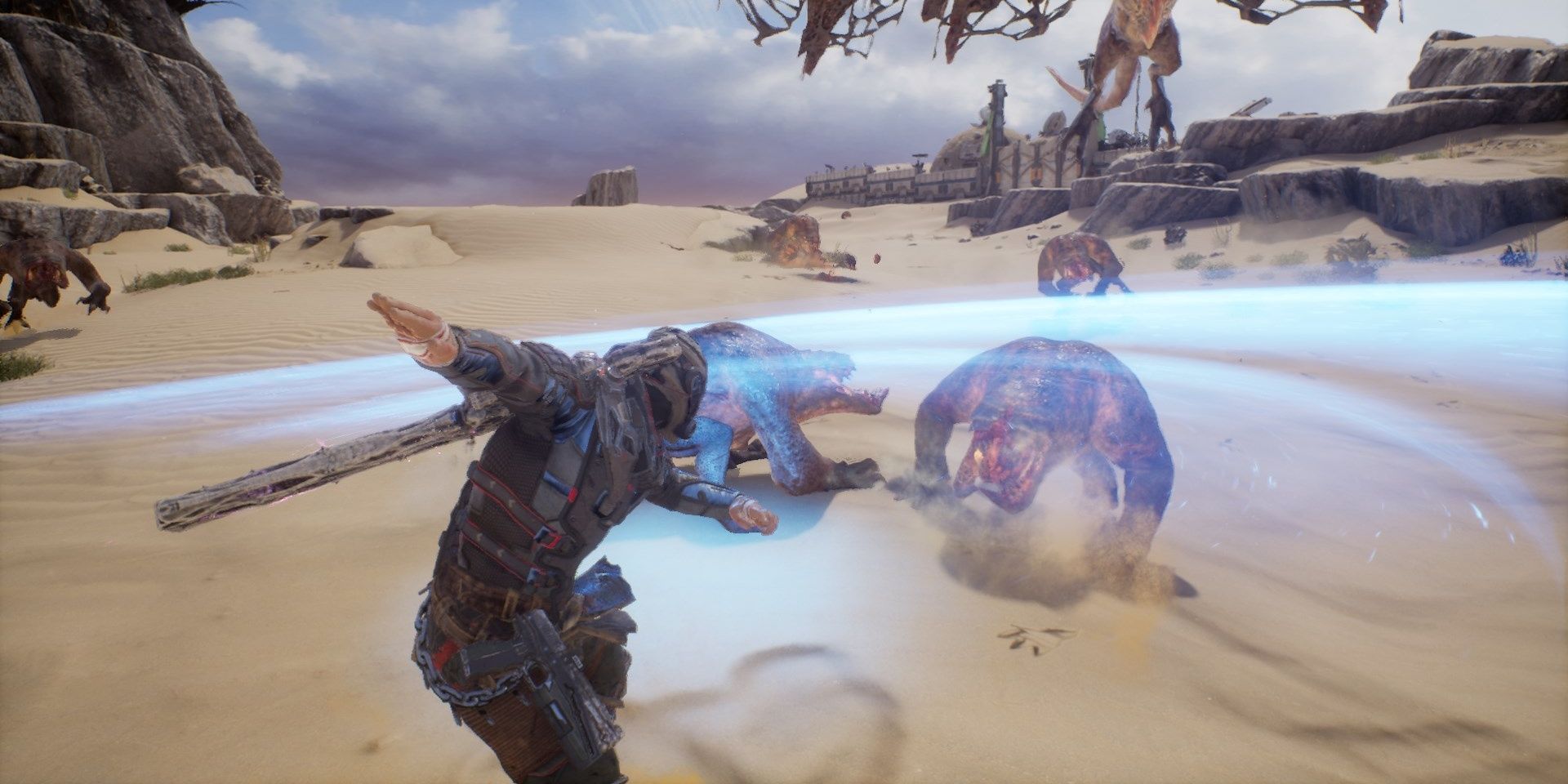 Most of your damage will come from Temporal Blade. The damage this skill does is absurd, proving a great deal of crowd control and upfront damage in most situations. You’ll want mods that increase the uptime and strength of Temporal Blade, which we’ll cover in more detail in the “Gear and Mods” section later in the guide. 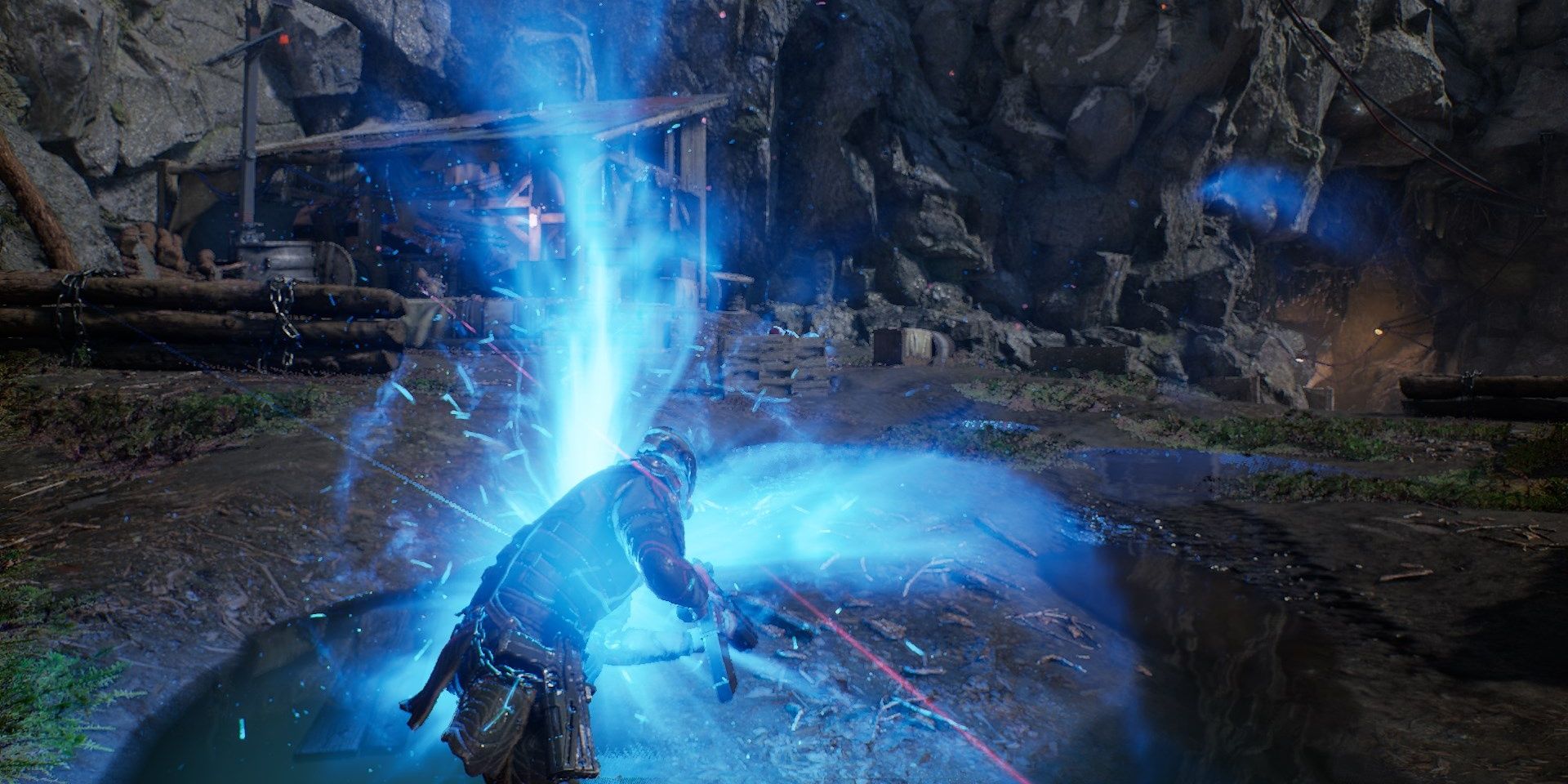 Hunt the Prey is an excellent way to engage and disengage, giving you an instant teleport that ignores line of sight. The Shield it grants is nothing to scoff at, giving you some breathing room while lining up your Temporal Blade slices. Thanks to its short cooldown, this build can maintain the [node] buff in most situations. Look out for the Radiation Jump mod, allowing this skill to inflict Vulnerability on the target you teleport behind—increasing your damage to that target by 15% for ten seconds. 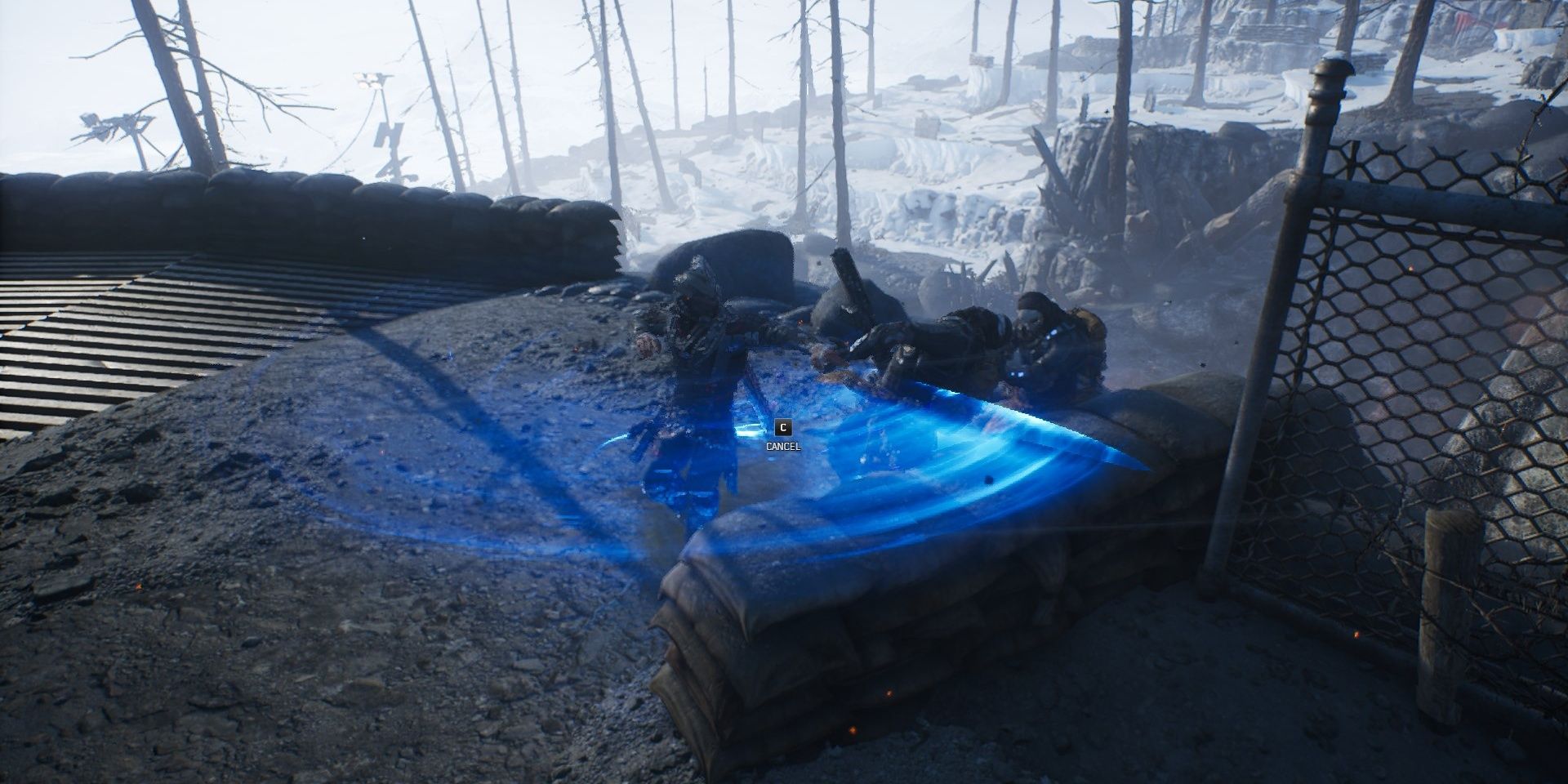 Your choice will depend on what your build or team requires. Venator’s Knife is the best choice if you need more crowd control and damage output, as the double damage from Venator’s Knife synergizes with Temporal Blade nicely. The Slow debuff this skill inflicts is significant, mostly due to this build’s high Resistance Piercing.

Cyclone Slice is a great choice if you’re struggling to survive or your team needs a tank. While active, you can’t be staggered, heal for every Cyclone Slice hit, and interrupt targets with every slice. Every non-Elite enemy becomes stunlocked while in your torrent of blades, unable to react to anything until your skill ends. Elites can also be stunlocked for a few seconds until their Resistance immunity kicks in, giving your team some breathing room during a boss fight. Certain mods can boost Cyclone Slice’s duration if you need to tank hits for an extended period of time.

While the Edge of Time legendary set does bolster Cyclone’s damage, it is nowhere near as strong as Temporal Blade or a weapon with on-hit effects. If you want to increase your damage output, Venator’s Knife is a much better option. 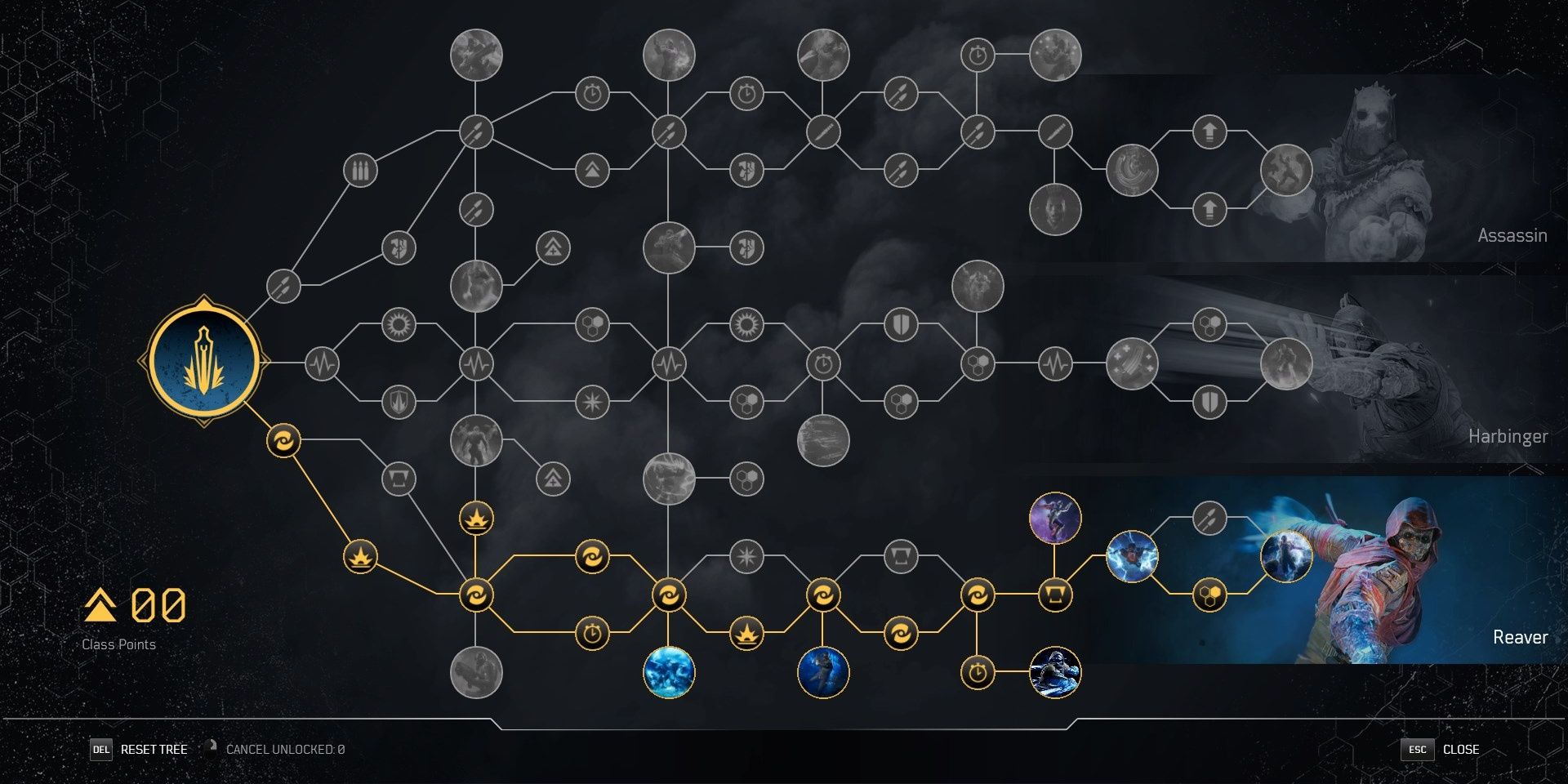 The Reaver tree is where you’ll spend all of your skill points. Nearly every node in this tree is fantastic for this build, scaling stats such as Resistance Piercing and Anomaly Power.

As for the minor nodes, focus on grabbing Resistance Piercing, Cooldown Reduction, and Anomaly Power. Skill Leech can be buffed through attributes and weapons, so you don’t need much of it from the tree.

For leveling, it’s recommended you either play a Firepower build and respec or focus on scaling your Anomaly Power as much as possible. Since this build is so gear dependant, leveling with it can lead to frustration if you can’t get items with the correct attributes (explained in the next section). 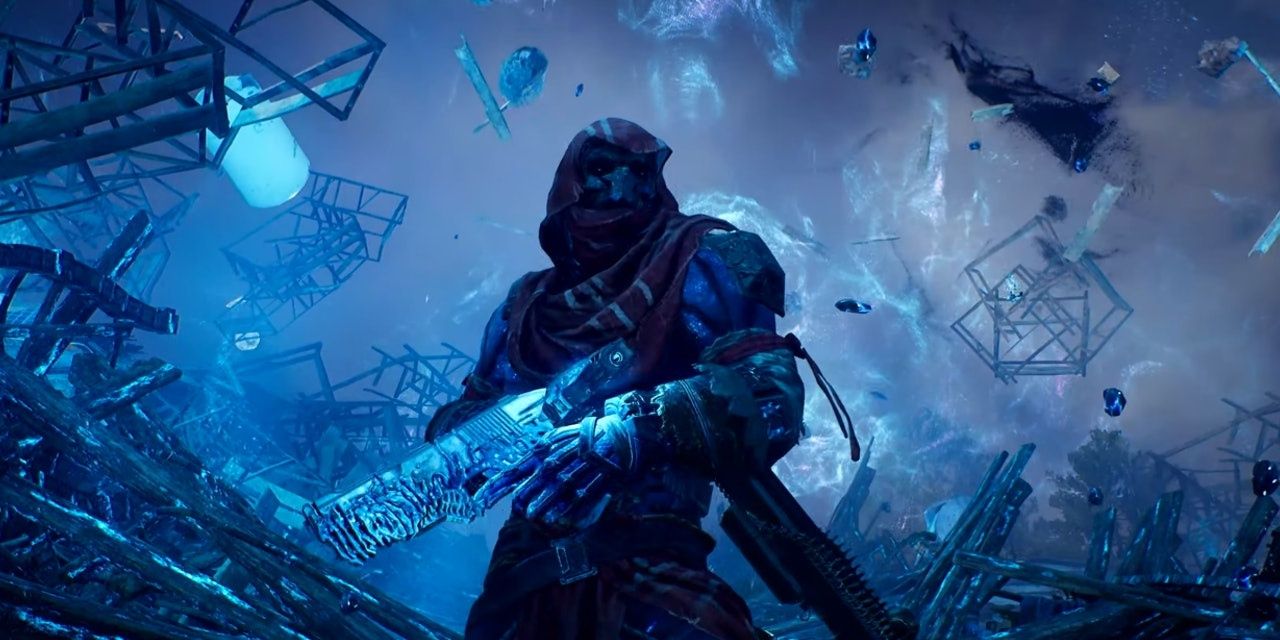 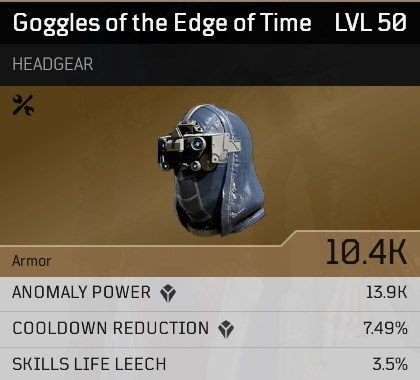 These attributes should be on virtually all of your gear:

Your weapon stats don’t particularly matter; just be sure your main weapon has Skill Life Leech. For your armor, Anomaly Power is by far your most important stat. Getting increased Anomaly Power through armor mods is much harder than Firepower, so you’ll need all the Anomaly Power you can get. Cooldown Reduction lets you slice enemies more often, and Skills Life Leech makes your skills heal you for a ludicrous amount of health.

Note: The Edge of Time boots and gloves have less than ideal attributes. If you care about min-maxing, look out for the Edge of Time head, chest, and leg armor pieces, as all three have the attributes this build needs. 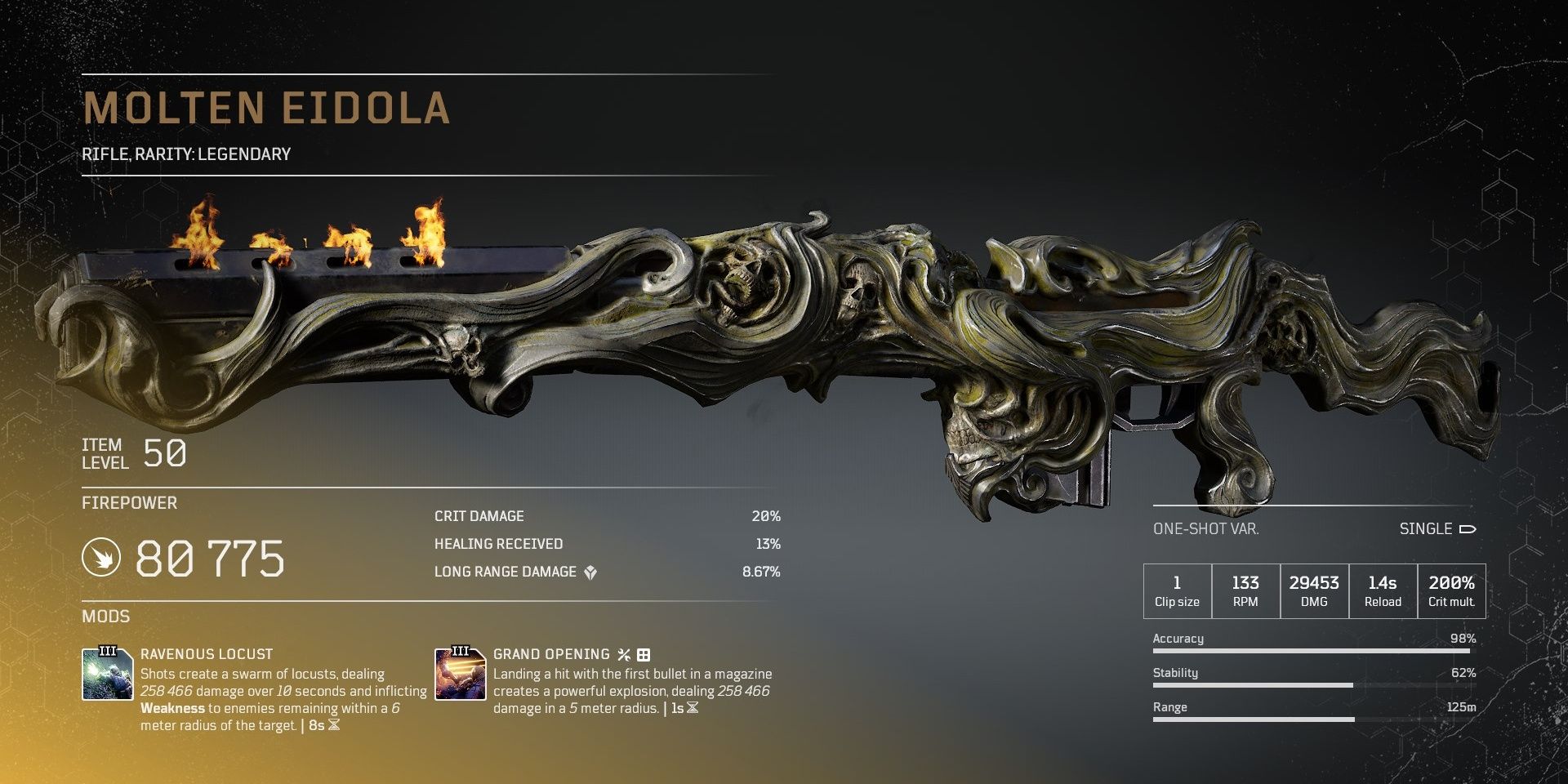 The best weapons for this build are effectively “stat-sticks”—items you use solely for their passive benefits. You’ll want weapons that reload quickly, preferably full-auto sidearms.

Your main weapon can be modded either for crowd control or flat damage, whichever you prefer. Keep your eyes out for epic sidearms with Snowsquall or Death Chains.

No legendary sidearm is particularly top-tier for this build. With that said, you can get a ton of mileage out of a Molten Eidola. This one-round rifle deals so much damage that it can one-shot most fodder enemies. Pair it with another on-hit effect, Grand Opening and Scrap Grenade being two common pairings, for some absurd backup damage. 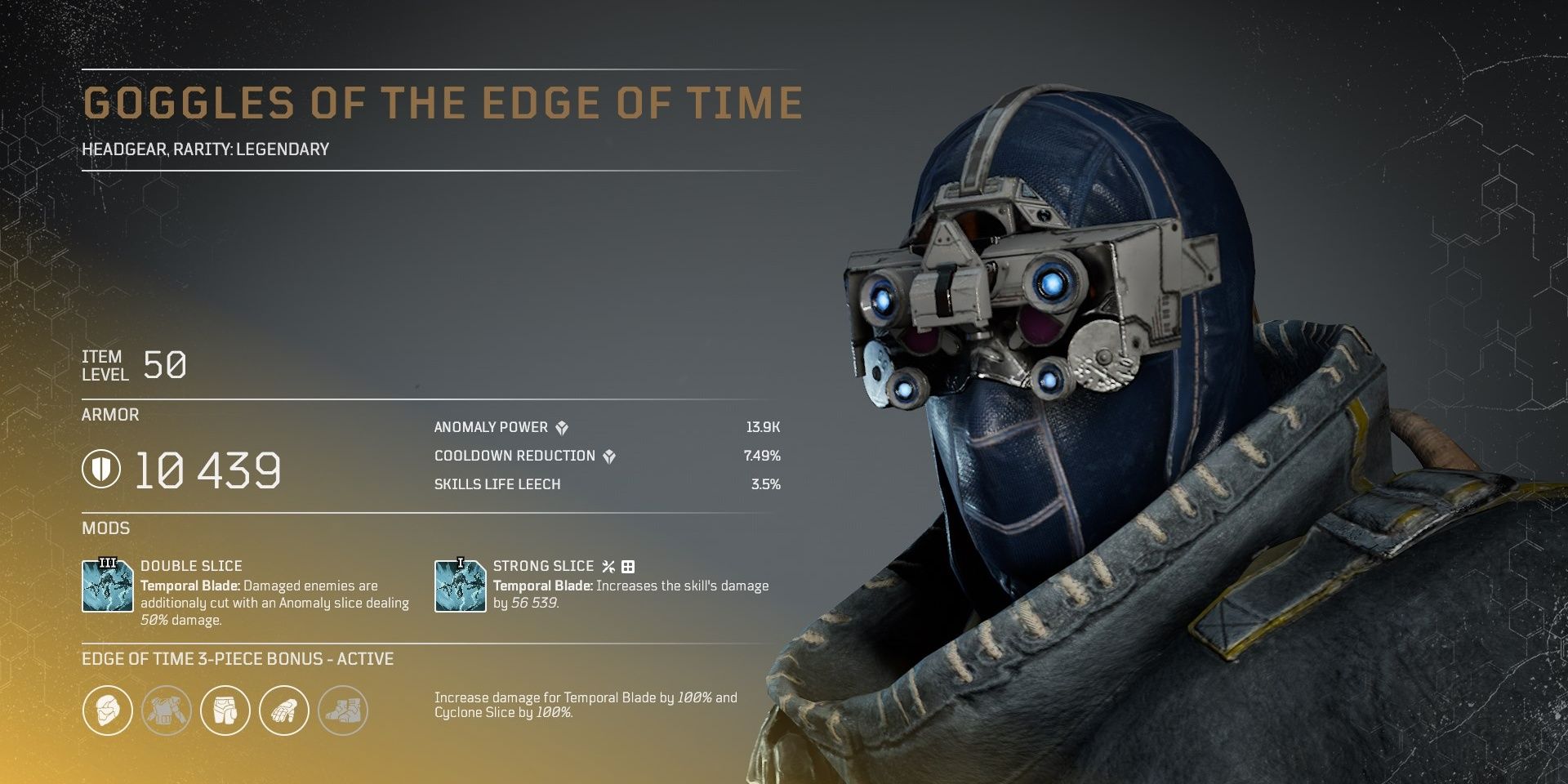 The best armor set for this build is the Edge of Time legendary set. While active, you gain 100% increased damage with Temporal Blade and Cyclone Slice. Keep an eye out for the helmet, chest, and leg pieces. These three pieces have much better attributes than the gloves or boots. As for your other armor, obtain epics with the attributes discussed above. 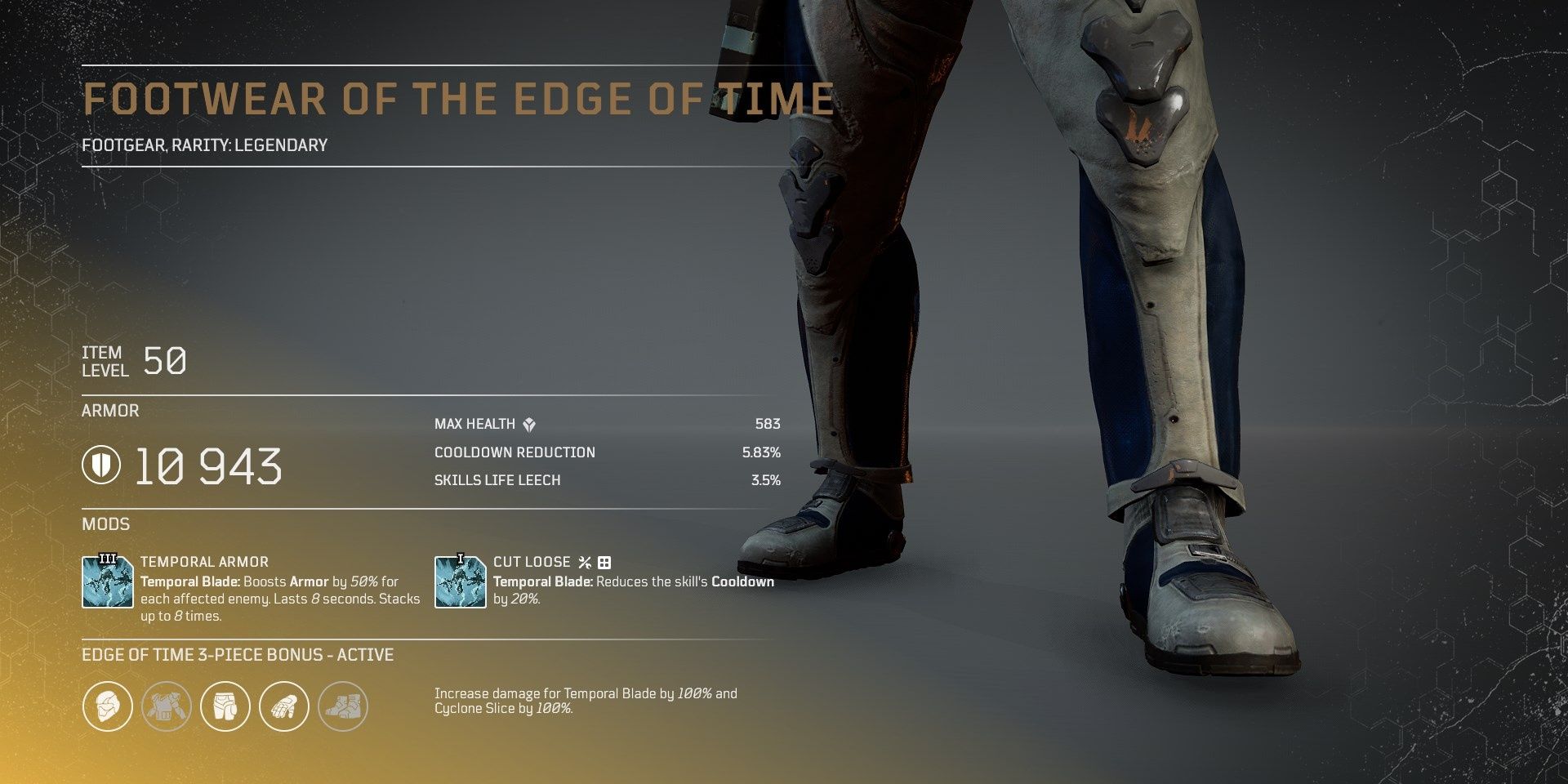 Unfortunately, most of the mods you’ll want for this build come from legendary armor pieces. If you don’t have some of these mods, feel free to replace them with other Anomaly Power or damage-enhancing mods.

The next few mods are mandatory if you have them.

Until you can obtain Double Slice, Damage Absorber is a solid alternative that will boost your Armor and Resistance ratings. 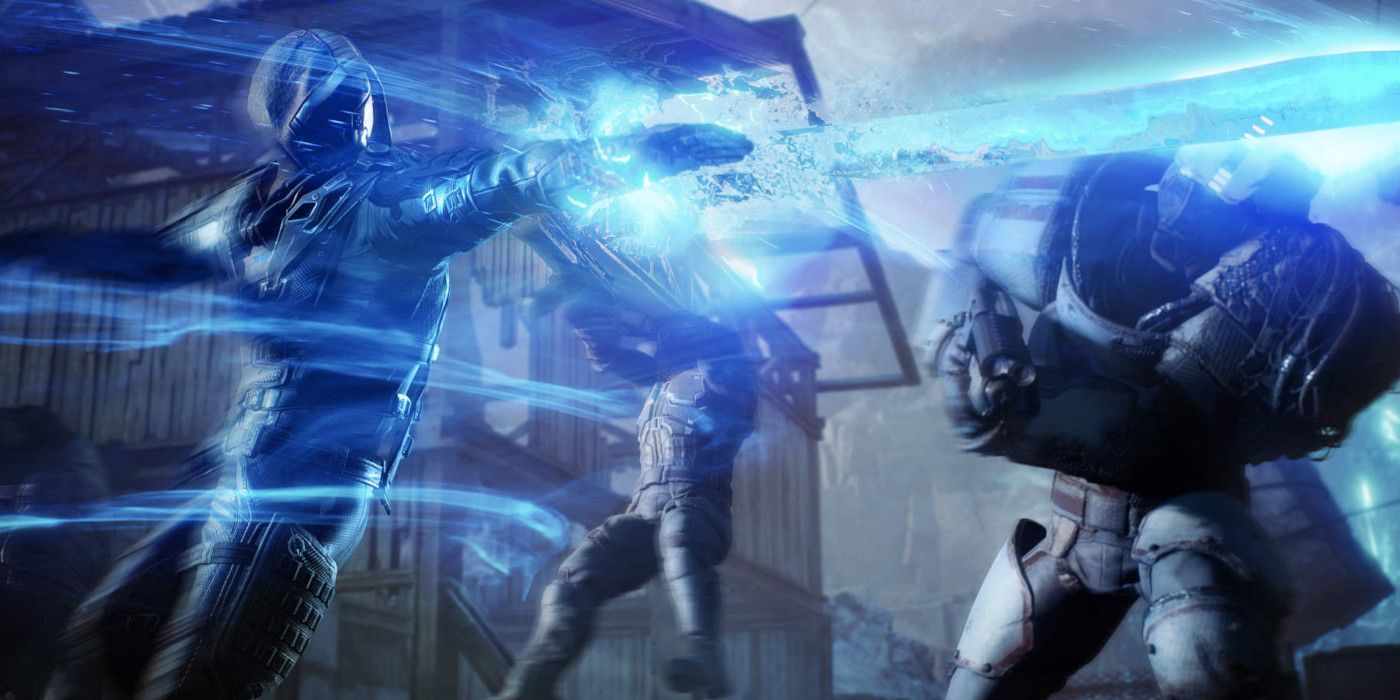 Anomaly builds require a more methodical approach than Firepower, bullet-enhancing builds. Since you don’t have a constant means of damage (excluding Cyclone Slice), you’ll want to be deliberate with who you kill. If your health gets low, use your melee ability to kill fodder enemies. The mixture of Skill Life Leech attributes and the Shielded Readiness nodes will give you an absurd amount of Health and Shield whenever you kill someone.

Of course, certain situations will make this rotation harder to pull off. Use whatever abilities are needed for the situation. If you’re using Cyclone Slice instead of Venator’s Knife, use Cyclone after using Temporal Blade.

As for more specific tips:

Next: Outriders Complete Guide And Walkthrough 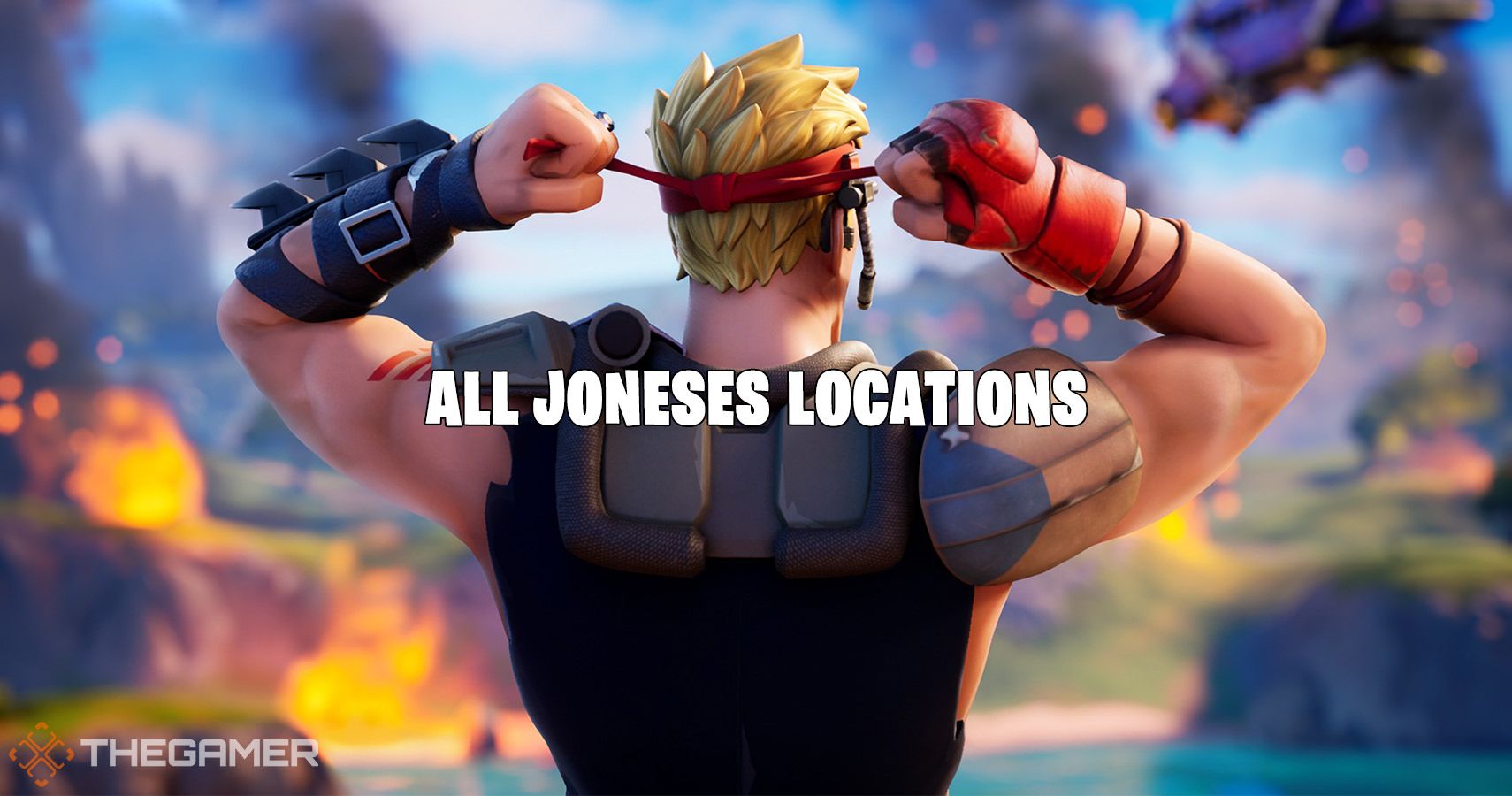