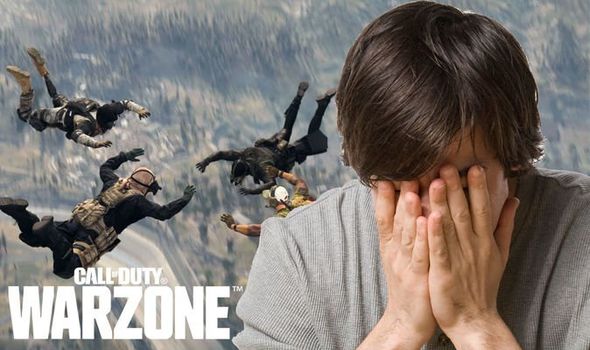 Thousands of Call of Duty fans have woken up to find out they can no longer play Warzone. The hit free-to-play battle royale game is one of the biggest games around. But in a new crackdown makers Raven Software have banned over 100,000 Warzone players.

The latest wave of bans is the largest so far, and brings the total number of Warzone players banned to over 700,000.

In a tweet published earlier this week, Raven Software said the bans affected players that had been caught cheating.

The @RavenSoftware Twitter posted: “Over 100,000 @CallofDuty accounts were banned yesterday – targeting repeat offenders and cheat providers at the source.

“More updates to come across #Warzone.”

While speaking to Vice, an Activision spokesperson said repeated offenders had been targeted with the latest Warzone bans.

A rep for the gaming giant said: “We are continuing to target repeat offenders, as we’ve previously stated.

“We’re evolving our programs to ensure repeat offenders do not re-enter Warzone.”

The latest wave of bans come after Activision said in April that almost half a million Warzone players had been banned from the game.

In a blog post at the time the Call of Duty makers explained: “Cheaters are never welcome. To date, our security and enforcement team has issued more than 475,000 permabans in Call of Duty: Warzone. Yesterday’s large banwave was our seventh high-volume set of bans since February.

“In addition, our security and enforcement teams also issue bans daily – seven days a week – to individual offenses or repeat offenders. The combination of daily bans plus large-scale banwaves are an integral focus of our efforts.

“We also are tackling the commercial market of cheat providers and resellers. This includes suspicious accounts, which are farmed and often sold to repeat offenders. We recently banned 45,000 fraudulent, black market accounts used by repeat offenders.

“Removing cheaters and taking away their ability to move to alternate accounts is a key focus for the security teams.”

Activision are also working on a more permanent solution to rooting out cheaters.

The Call of Duty makers recently revealed that Warzone will be getting a “multi-faceted, new anti-cheat system” later this year.

This will arrive alongside a new map which is a tie-in with the next mainline game in the series, Vanguard.

Going forward, if you’re concerned about having your access to COD revoked there’s one simple thing you can do.

Merely play by the rules and avoid turning to any illicit cheats that give you an unfair advantage and can get your account banned.