Symmetra is a defensive damage Hero in Overwatch 2. While she shines when defending her team against flankers with her Sentry Turrets, she can also be a great asset with her Teleporter and high-damage basic attack.

Playing Symmetra well requires good positioning, map and enemy awareness, and team coordination. Know that if you want to master Symmetra, you'll need to put in the work understanding her kit and role in the team. Let's take a look at each of Symmetra's abilities, and some tips and tricks for learning to play her. 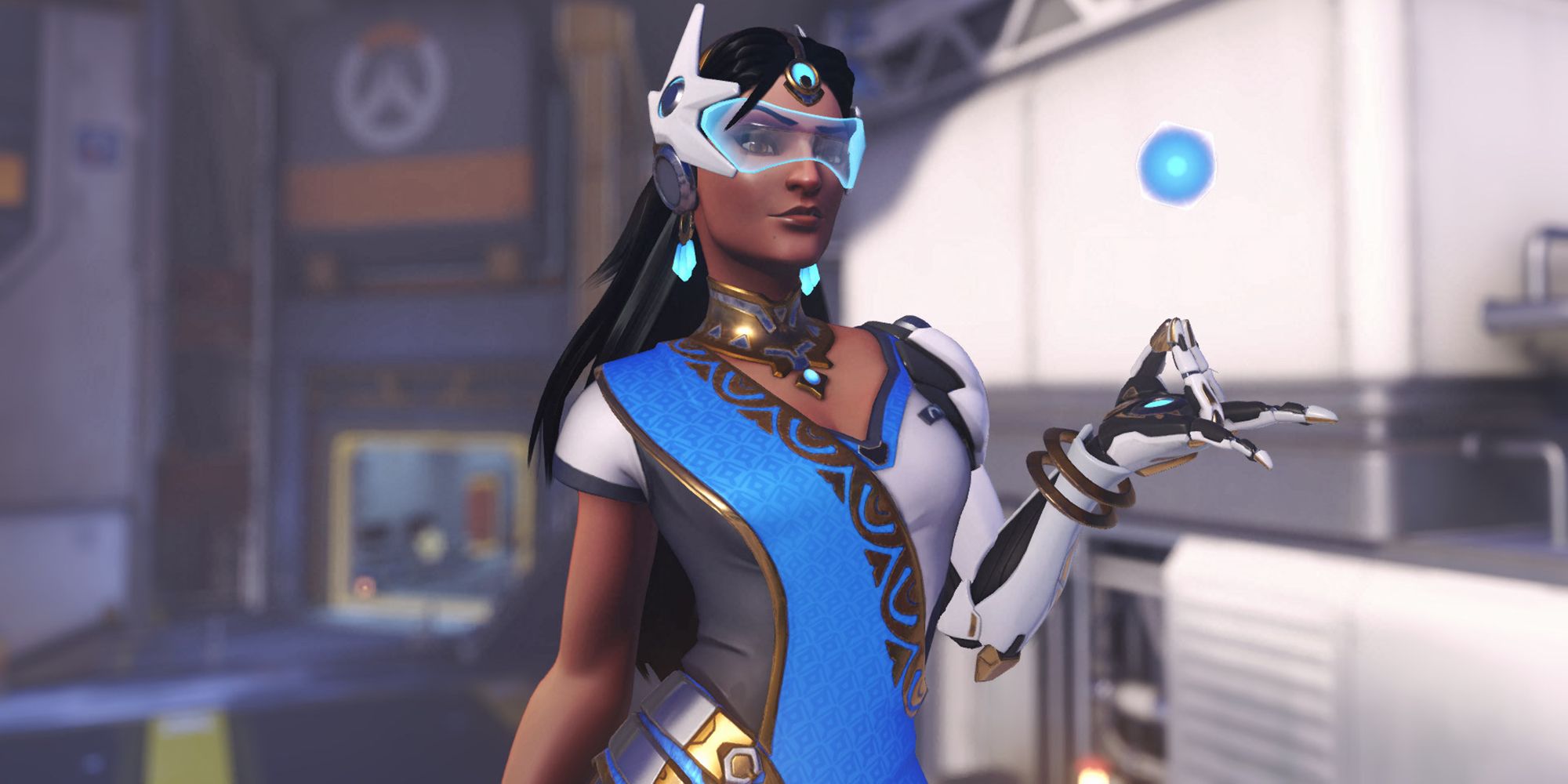 Symmetra has a base health of 225, divided into 100 health and 125 shields. She is a damage role Hero, granting her a passive that increased reload and movement speed for a few seconds after eliminating an enemy.

Tips And Tricks For Playing Symmetra 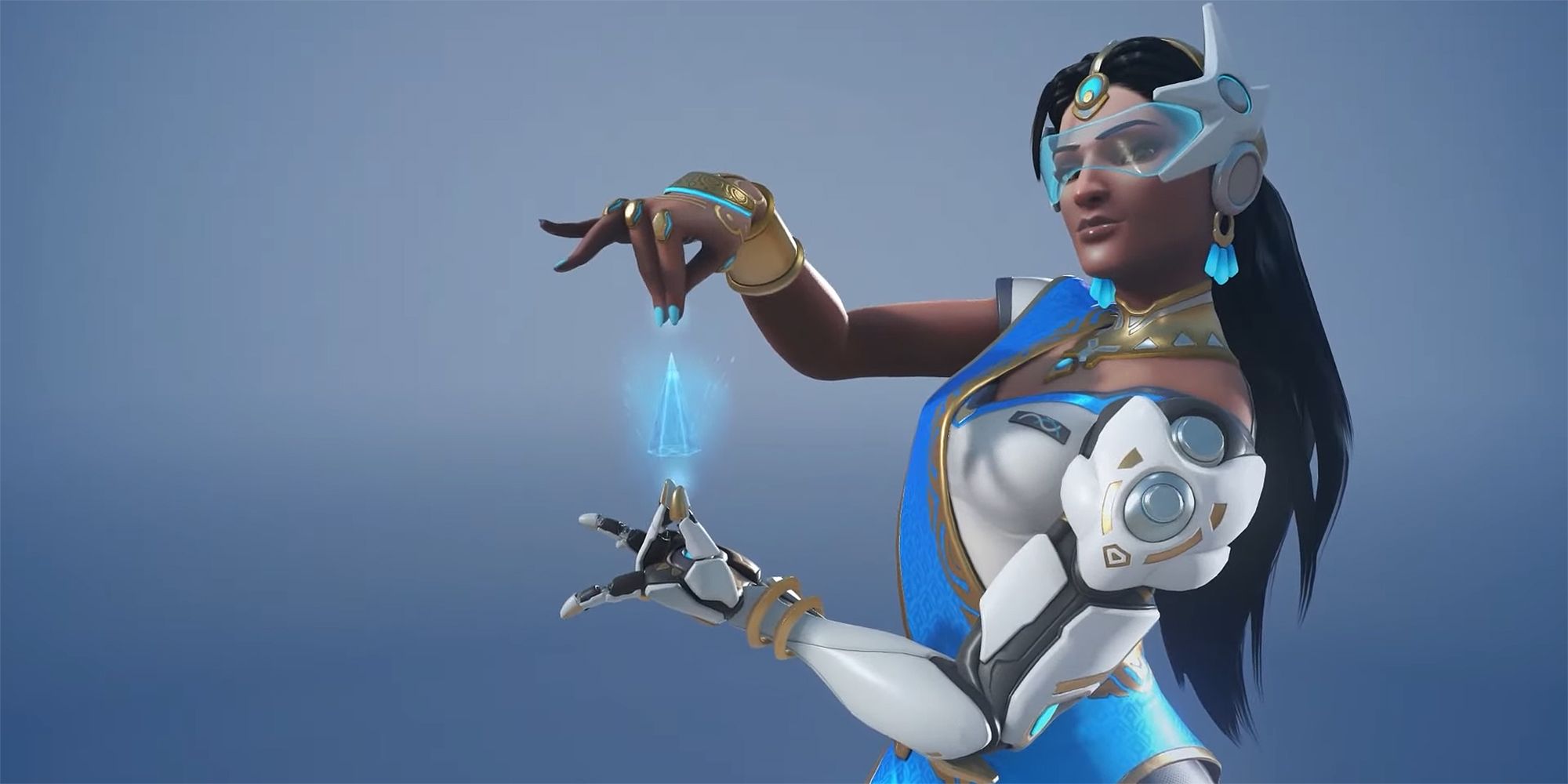 Symmetra is one of the most difficult Heroes to play in Overwatch 2. To get the most out of her skills, here are some tips and tricks.

Symmetra's primary fire charges up when hitting enemies, and decays after not hitting anything for a second. The beam's charge can be increased and retained when hitting barriers, making Symmetra a great Hero for breaking down Reinhardt or Sigma's barriers.

However, due to the narrow size of the beam, consistently tracking enemies can be difficult. This is where Symmetra's secondary fire becomes useful. Her secondary fire launches a fast-moving orb toward her target, dealing more damage the longer the button is held down. Using her secondary fire, Symmetra can hit enemies from long-range, which is especially useful in extended team fights from far away. 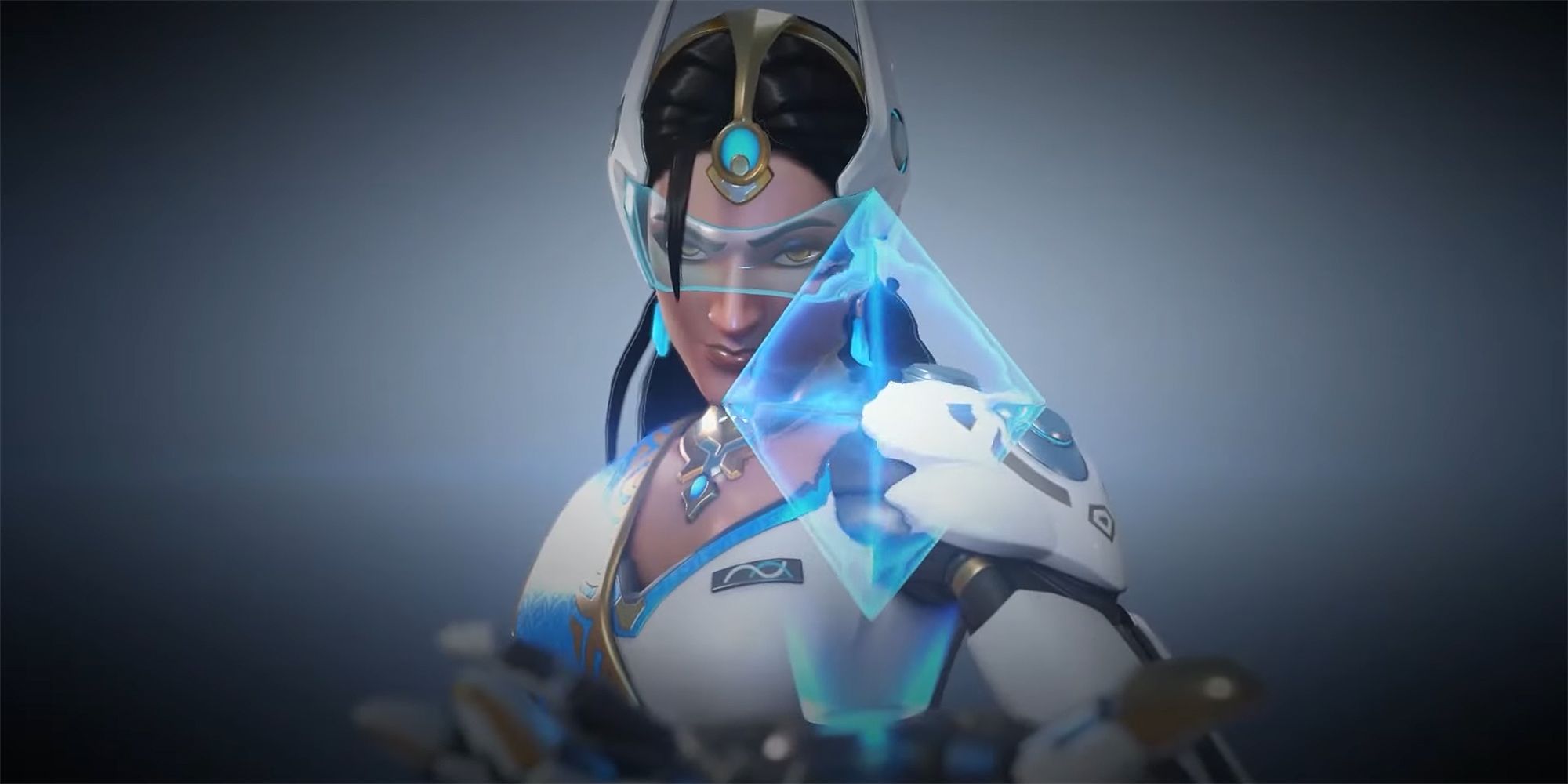 One of Symmetra's many unique capabilities is her Sentry Turrets. These have multiple useful applications, and where and when you use them depends on the map and current situation. Sentries can be placed around choke points, automatically firing at enemies that push too far in. Place them in hard-to-see or reach spots, like in corners, to make it easier for them to hit the enemy. Keep in mind, however, to not place them too far away, as then they won't be able to hit the enemy.

Only three Sentries can be active at once, and creating a new one will replace the old ones in the order you originally placed them. You can see how many Sentries are currently active using the icons next to your health bar.

Additionally, Sentries will alert you when they are damaging an enemy, allowing you to learn of an enemy attempting to flank your team. Placing just one Sentry in popular flanking spots can provide valuable information on a Sombra or Tracer attempting to attack from behind.

Like her Sentry Turrets, Symmetra's Teleporter is a tool that can be used in a variety of ways with great results. You can use the Teleporter to quickly transport your team back into the fight, or help support Heroes with low mobility like Ana or Zenyatta quickly rejoin the fight after reviving.

Alternatively, you can use the Teleporter to flank enemies, but this requires good positioning and map awareness. To effectively flank the enemy with a Teleporter, you'll need to place it just out of sight of the enemy, but close enough that you can quickly get back to it and teleport away before taking too much damage. Where you place your Teleporter depends on the map and the position of the enemy. 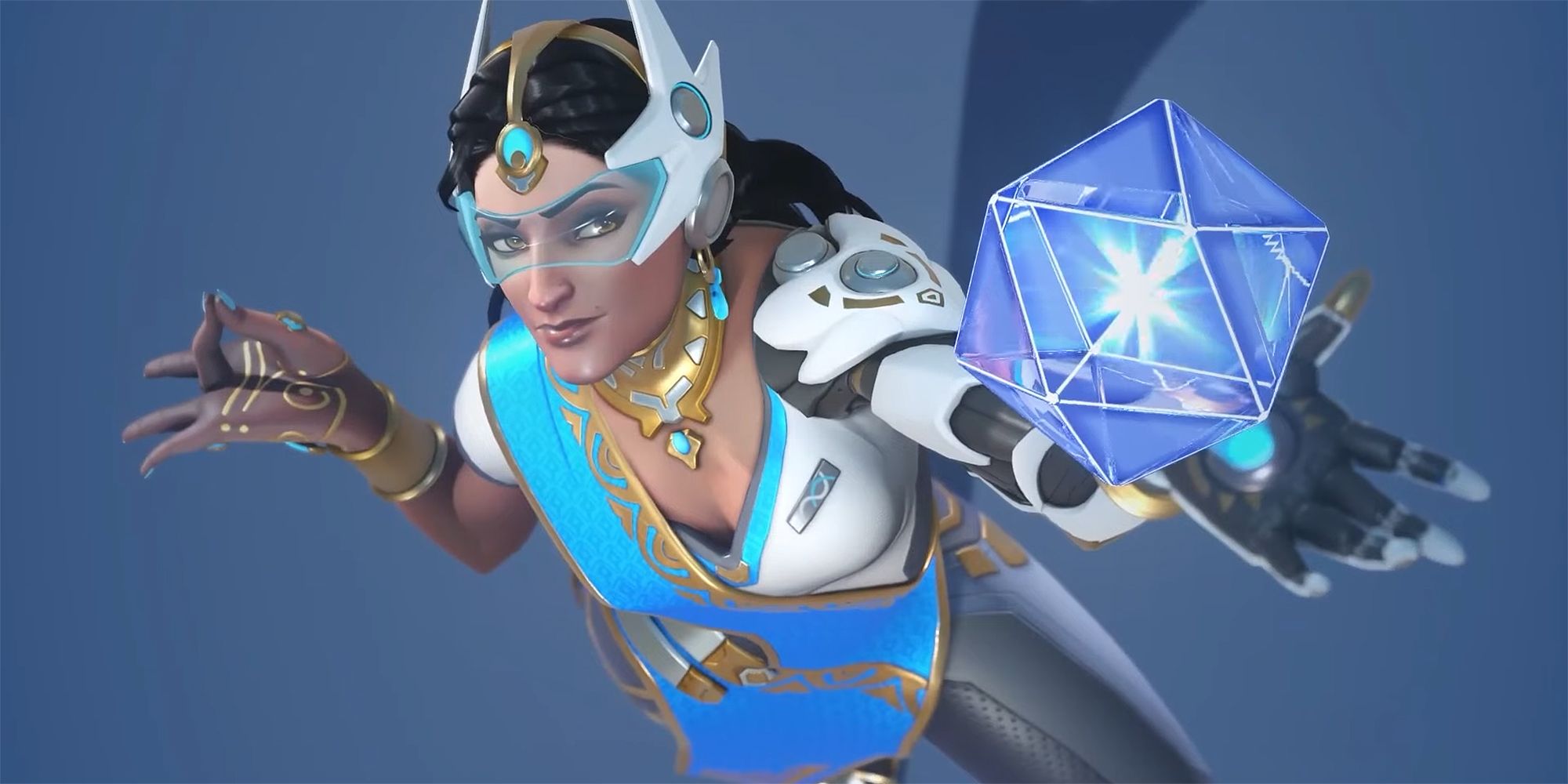 Symmetra's Ultimate, Photon Barrier, creates a massive barrier wall that divides the map in half. While enemies can still pass through the barrier, it is a very useful defensive tool that can protect your team from Ultimates like Graviton Surge, Overclock, Death Blossom, and more.

When placing Photon Barrier, turn the wall so it is at a slight angle between you and the enemy team. Rather than placing it directly horizontal between your teams, placing it at an angle can provide you with more room to move between each side of the wall, making it more difficult for the enemy to hit you.