Puzzle games are tricky for me. I’m a big fan of games like Columns, Puyo Puyo and Magical Drop, but something has always gotten in the way of that fandom: my colorblindness. A lot of puzzle games will use shades of yellow and green or blue and grey that I’ll get very mixed up on. In the heat of a match, that basically kills any chance I have at getting better.

While some releases like Crystal Crisis are starting to finally put effort into their colorblind options, we’re still a long way off from accessibility feeling like a priority for many devs. But at PAX East, I was fortunate enough to meet a developer who is actively enthusiastic about their game’s accessibility.

When I played my first round of Swapette Showdown, an anime-tinged match-three game influenced by Panel De Pon, I noticed that I wasn’t mixing up any of the colors on the screen. This made it way easier to set up combos and match sets of three. Did it make me any less terrible at the game? Of course not, but hey – I’m all about failing on my own terms and not due to my stupid eyeballs. 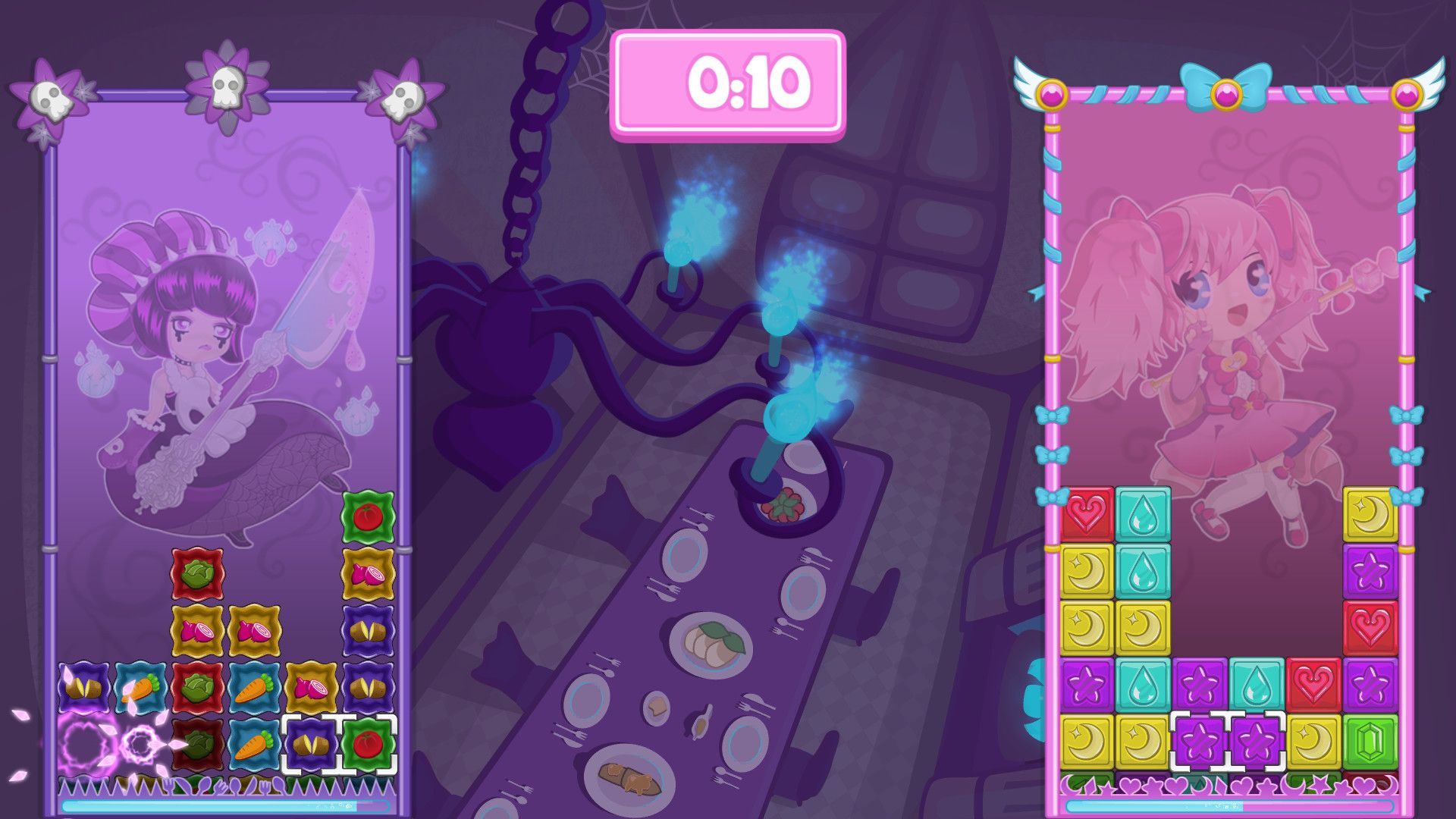 As I was being walked through the competitive mode, which supports up to four players, I was quick to compliment the developer on the distinct, vibrant color palette. That’s when the developer asked what type of colorblindness I had, then guided me to a menu option before the next round. Right on the main character select screen, there were a bunch of tilesets that corresponded to different types of colorblindness. With no fuss or digging through option menus, anybody can pull this up and ensure a comfortable experience for themselves.

This is a pretty big deal. Even puzzle games with great accessibility options will bury their colorblind features in different menus. That means having to set things up beforehand, even if you just want to jump into a casual game with a friend. With this, anybody can drop in, pick a tileset that works for them, then get right to playing.

Which is great, because Swapette Showdown is something that I want to show as many people as possible. This is a game that oozes charm from first blush onward, due in no small part to its absolutely adorable cast. There’s a great deal of creativity put into the overall look of the game, with distinct character designs that stand out from each other and are all remarkably cute for different reasons. My personal favorite is Omelette, a Lydia Deetz adjacent little gal who has a giant cooking utensil, and can cast a smokescreen over your opponent’s screen.

The gameplay itself is also pretty splendid. It’s a riff on the Panel De Pon formula, which players of Tetris Attack and Pokemon Puzzle League should be familiar with. Players are charged with swapping different colored blocks around and making combos as their screen fills up. When squaring off against an opponent, their combos are your hassle, as they fill your screen up with garbage and try to KO you. It’s a rock-solid formula that’s well over two decades old, and one that’s done well here.

After several rounds and a nice chat about accessibility with the developer, I was sold on Swapette Showdown. During my first day at PAX East, I only bought three or four things. Two of those things? A Swapette Showdown hat and Omelette sticker. 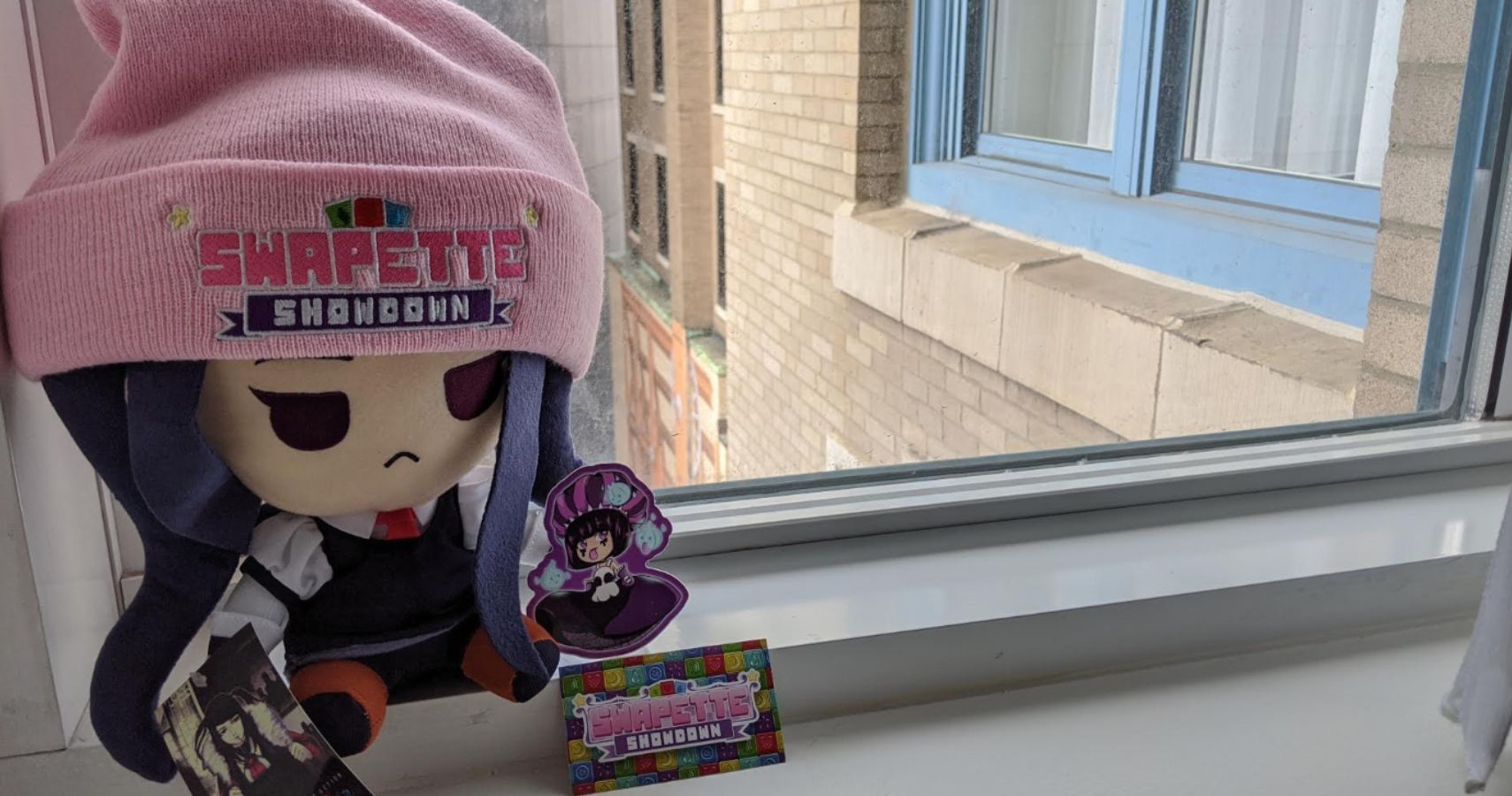 Despite there not being a single dud in the batch of titles I played in the span of several hours, something about this game stuck out to me more than most. Maybe it was feeling like there was a developer who actually cared about my ability to play their game, or maybe I’m just a sucker for a good anime girl. Whatever the case, I walked away happy to support a developer who is clearly trying to make a great game that can be played by as many people as possible.