In this era of live-service titles and post-launch add-ons, more arcade-like games have kind of disappeared. Releasing a complete, punchy, quick burst of a game that demands a mastery of mechanics instead of building investment with characters just doesn’t make financial sense to most publishers. Without player retention, what’s the point?

At least DotEmu sees things differently. A few years back, a sequel to SNK’s 90s arcade hit Windjammers was announced out of the blue. Looking back to what made the Neo-Geo (and other arcade titles) such a hit, Windjammers 2 was eschewing the modern norm of season passes, progression systems, and complex plotlines. This was a pure arcade action game with little else going on.

Does that kind of thing still work, though? Surprisingly, yes. That should be obvious to anyone that puts gameplay above narrative, but Windjammers 2 really does feel like the original with some minor improvements. 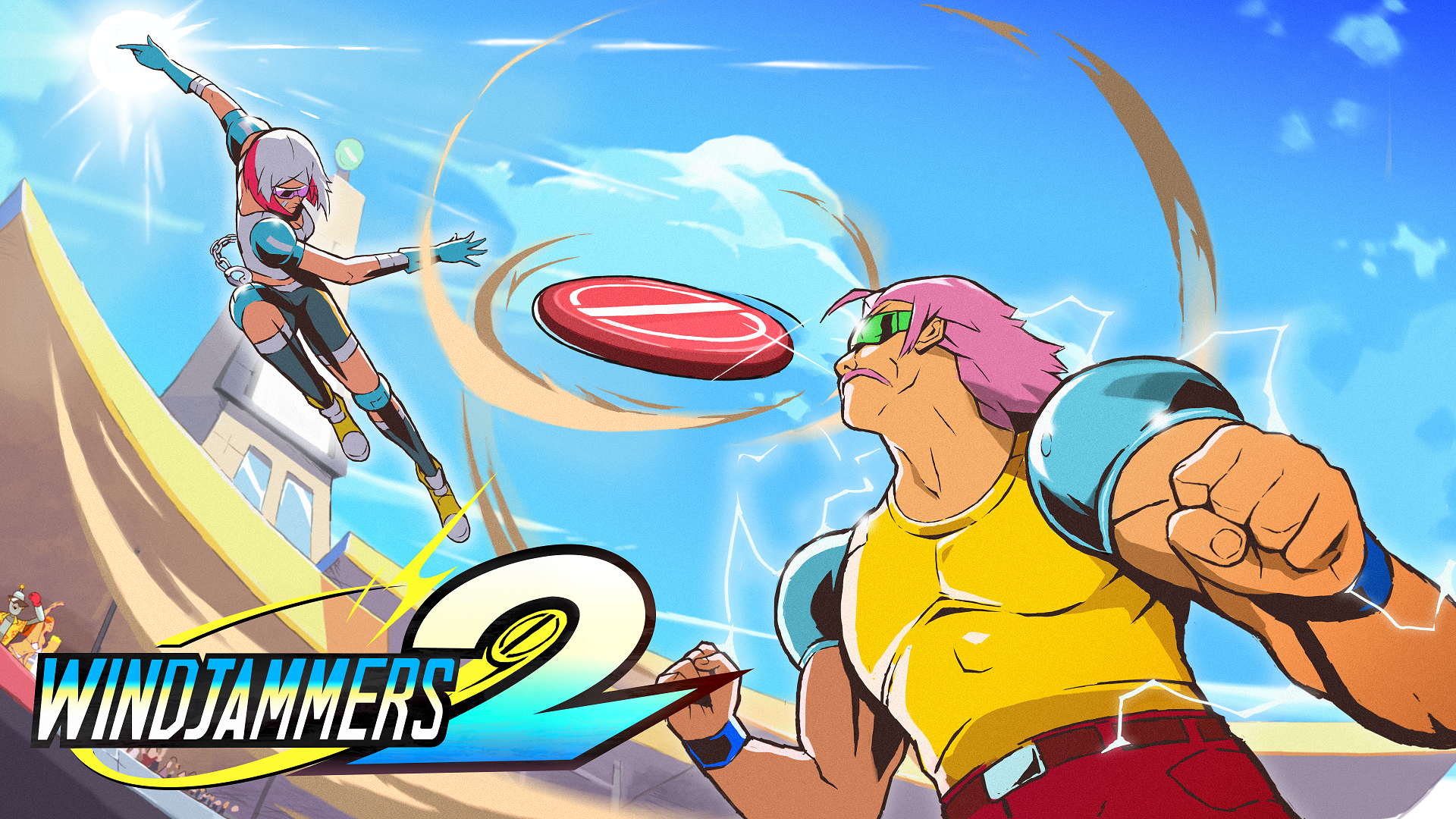 The biggest difference between Windjammers 2 and its predecessor is the visual style. Going a route similar to Streets of Rage 4, DotEmu has employed a hand-drawn aesthetic that bears resemblance to the promotional artwork used for the Neo-Geo original. In motion, it’s absolutely gorgeous. Everything is so fluid and smooth, which lends a tremendous amount of speed to the gameplay.

Anyone with familiarity of the original will feel completely at home here. While new mechanics have been introduced, the basic minute-to-minute action is exactly as it was from decades past. You’ll toss a Frisbee with a mixture of straight throws or lobs that can be curved with fighting game inputs to trick up your opponent. Think of the mind games that titles like Street Fighter employ and you’re getting hot.

Where Windjammers 2 starts to deviate is with the addition of a few extra mechanics. When you’re defending from your opponent, a new slapshot maneuver allows you to quickly knock the Frisbee back over the net. Coupling this with liberal usage of the lob can see your opponent playing close range, allowing you to throw in a power shot. 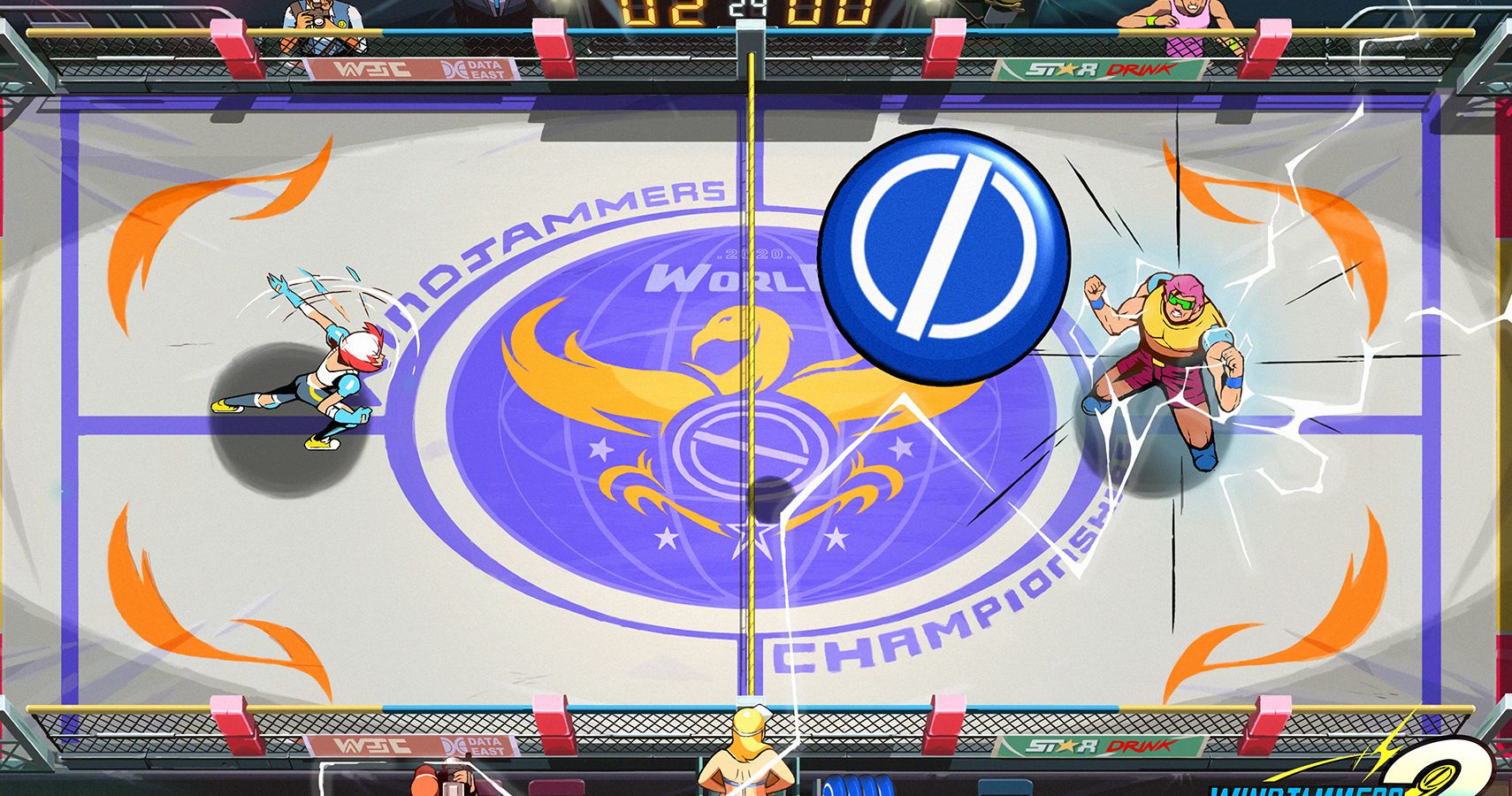 A new jumping attack allows you to play more reactionary, as well. In the original, you were able to smack the Frisbee into the air to charge a super move, but now you can simply jump up and quickly return the throw. You’re still able to charge that super, but a separate super meter that builds over the entire match will let you employ a special throw that is unique to each character.

The character selection has been expanded, much like we wrote in our preview. The current demo didn’t have every character available, but it looks like all of the original cast will be returning with new counterparts. This doubles the roster to 12 and gives players a fairly wide range of playstyles to tinker with.

The choices aren’t as diverse as a fighting game, but you’ll absolutely feel the difference in action. One of the newer characters is a youngster that focuses more on speed and I was completely useless with him. He just moved too fast, which threw off my defensive game. Then again, Windjammers was always the epitome of “easy to learn, hard to master,” and I was playing against one of the developers. It wasn’t an even game.

Still, this is exactly the kind of sequel that SNK should have developed decades ago. It expands upon the foundation the original set in organic and interesting ways while not deviating too much from what made that first title so addicting. It would be a hard sell at $60, but that’s not the case. In our modern world of digital distribution and smaller indie releases, Windjammers 2 has the chance to capture a whole new audience looking for smaller, cheaper alternatives to big-budget thrills.

That it manages to not only provide an uproariously good time but evolve the original means it will be hard to ignore when this game does come out. Even those without knowledge of the original will be treated to something special.