From promotional art to its use in his Super Smash Bros: Ultimate moveset, Joker’s handy new grappling hook got plenty of attention while Persona 5: Royal was being teased. Now that the game is out, players can see this stylish new addition to the Thieves’ toolkit in action.

The grappling hook is unlocked during the tutorial rush that makes up the initial half of the game’s first Palace. Shortly after Ann joins the team and you’re forced out, Morgana will present the player with the grappling hook during the next infiltration and give them an idea of how to use it – find a grappling point, press the left bumper, and off you go. There’s no aiming or button prompts involved. The game makes it fairly easy to tell where you can use the hook: anytime you get close to a grappling point, Joker’s hand will glow blue.

Of course, the Third Eye skill will also help out a bit, making the grappling points glow brightly even before you’re within range to snap to them and displaying a new icon to point players in the right direction. If players are using Third Eye and moving the camera angle now and then, it’s unlikely that they’ll miss any of the secret zones. 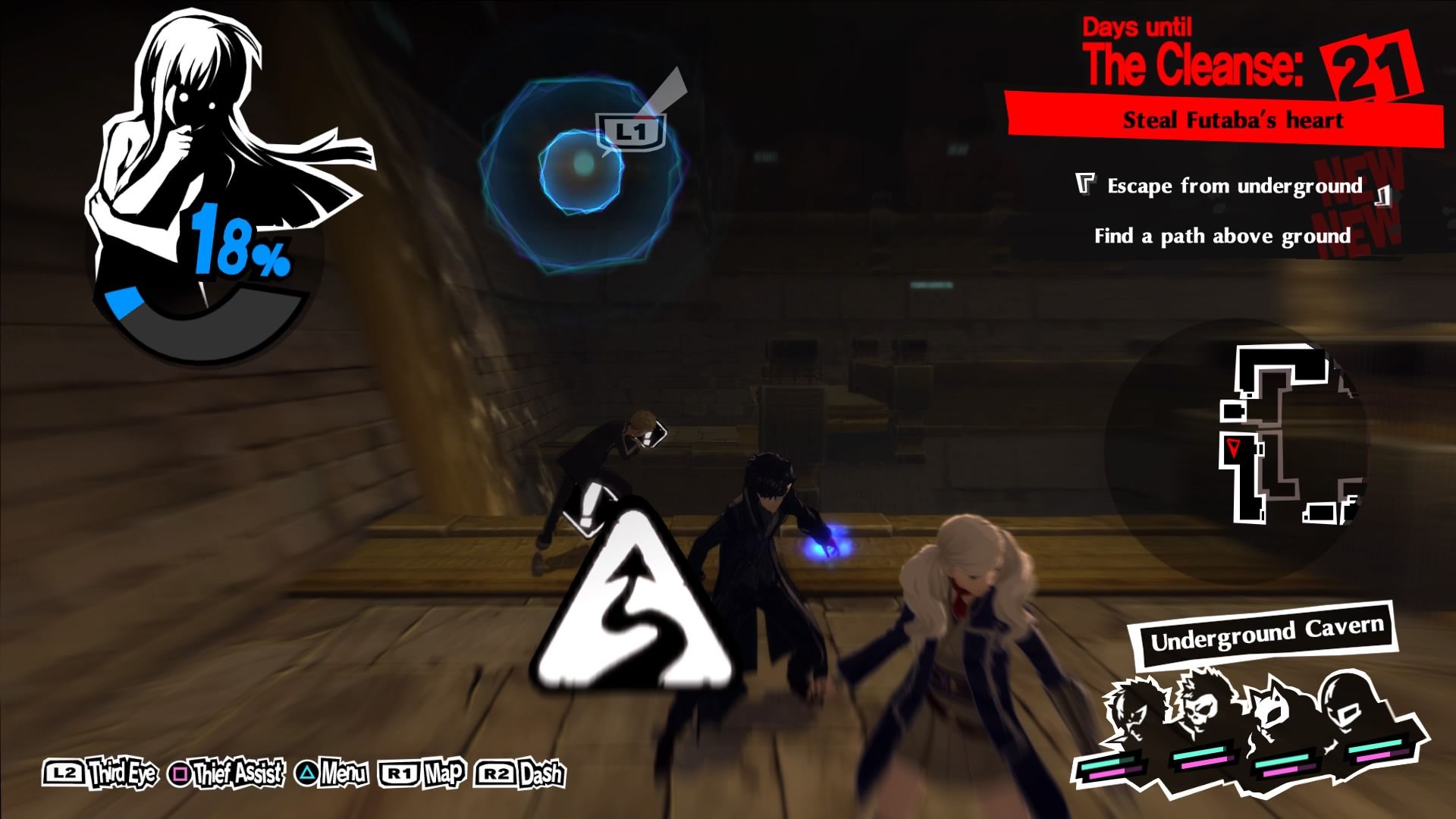 Using your new tool will allow you to explore hidden new zones within the Palaces, generally dropping you in a room with loot or a Will Seed to grab. Almost all of the Will Seeds in the game are accessed by using the grappling hook to explore hidden areas. This is important, since they’ll restore some SP and can be combined to make some great gear for your team.

Exploring new heights isn’t the only thing the grappling hook is used for, though – Joker can also use it to ambush enemies from a slightly greater distance by getting the new Faith Confidant up to rank four and earning the Chaines Hook ability. Using this, players will be able to ambush enemies from behind reliably without needing to be in cover, as well as having a chance for enemies to start with status conditions. It’s a helpful skill for tackling guards that patrol long, narrow hallways with nothing to hide behind, or for rushing through palaces without stopping for cover.

Related posts:
05/01/2020 News Comments Off on Persona 5 Royal: How To Use Joker’s Grappling Hook
Hot News
Riot dev breaks down Reyna abilities – New Agent
PSG.LGD are China Dota2 Professional League back to back champions
8 ways to bring your employees back to work
Games with Gold last chance: New Xbox One and Xbox 360 FREE downloads inbound
Halo 3 Comes To PC Starting Next Month With Limited Modes
Recent Posts
This website uses cookies to improve your user experience and to provide you with advertisements that are relevant to your interests. By continuing to browse the site you are agreeing to our use of cookies.Ok