Pikachu is often considered the face of Pokemon, even though the electric mouse has a relatively minor role in the first Pokemon games Red and Blue. But since the anime, and follow-up games like Yellow, and movies, and merchandise, Pikachu is easily recognised, while fans will know it evolves from the earlier form of Pichu and will evolve into Raichu when exposed to a Thunder Stone. Even more die-hard fans will know there is a lost Pikachu evolution.

Pikachu's original illustrator Atsuko Nishida and Pokemon designer Ken Sugimori gave an interview with Japanese newspaper Yoimiuri a few years ago and revealed that Gorochu had been intended to be a Raichu evolution but had to be cut. This was due to game balance, since Pikachu was originally intended to be one of the Pokemon with only two forms, and because of the limited amount of space available in the Game Boy cartridge.

"I was told to make its final form look strong," Nishida told Yoimiuri (later translated into English and published on Pokemon.com). "That's right, there was an evolved form after Raichu at the time. Its name was Gorochu. It had fangs and horns and looked like a god of thunder". 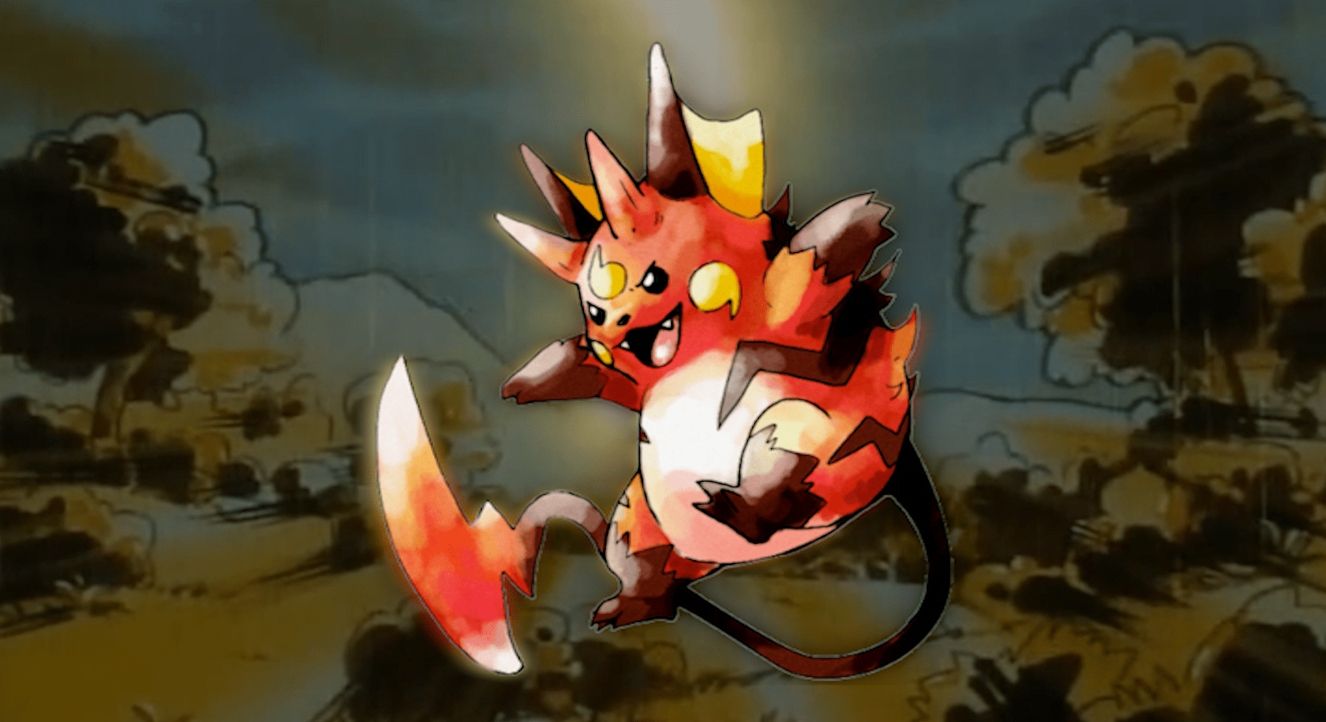 Eventually a single image of Gorochu was leaked (the image you see above is a speculative artwork by Foxeaf, not by the original illustrator) showing a back sprite in black and white and what looks like a horn protruding from its head.

Some fans have been calling for Gorochu to return recently. There are issues, however. Pokemon only have three stages, so an additional evolution to Raichu – on top of Pikachu from Pichu – would bring it to four. However, there are workarounds.

For example, one fan suggested Gorochu as an alternative evolution to Raichu. This would be somewhat like how Eevee can evolve into various alternate forms such as Jolteon, Vaporeon, Flareon, Umbreon, among others. Some others Gorochu's design could be incorporated into a Mega Raichu evolution, should Game Freak ever consider such a thing.

However, Pokemon director Junichi Masuda gave an interview with Gamespot where he was asked about a Gorochu return. "You're probably not going to see it. None of the Pokemon that we worked on, got to a point, and then discarded them have actually ever re-appeared yet, so I would say the chances are low," he said.

But fans always can come up with creative suggestions. "Repurpose Gorochu as a legendary/mythic pokemon whose role is master of all pika-clones; he/she/they/it are pissed however at how cute they all are and lack evolutions, so is causing havoc in the region. This would lead to a special mechanic where each pika-clone (except pikachu) gets an evolution if you level them up in the same party as Gorochu," a Sanguinusshiboleth suggested.