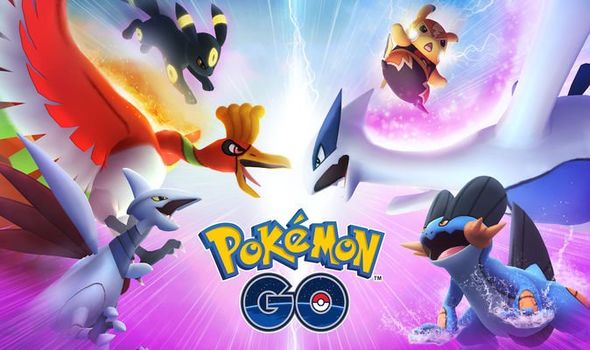 Pokemon Go fans are counting down to the start of the first season of the GO Battle League.

Following a pre-season period in which Niantic has been monitoring matchmaking, the first official season kicks off at 8pm UK time.

Unlike the initial battle system which only supported local play, the Battle League is an online competition with its own unique rewards.

“Like many Pokemon GO features, the GO Battle League encourages players to get out and explore the world with Pokemon,” reads a Niantic post.

“You can walk to earn entry into the GO Battle League, then battle opponents from around the globe through an online matching system and rise in the ranks of the league.

“This feature was a way to make the Pokemon GO battling experience more competitive and accessible to more Trainers.”

To coincide with the launch of Season 1, players will have an opportunity to encounter Altered Forme Giratina as a GO Battle League reward and in five-star Raids.

This includes the Shiny variation of Altered Forme Giratina.

“For all other time periods, you’ll have a chance to encounter the Legendary Pokemon Thundurus as a reward encounter in the GO Battle League until further notice,” Niantic continues.

Season 1 also coincides with an increase in Fighting-type Pokemon appearing in the wild.

“Also if you’re lucky, you might find a Shiny Timburr!” Niantic adds. “Your best bet would be battling and catching it in one-star raids!”

In the run up to the big day, Niantic has tweaked and fine-tuned the rewards available with battle.

Depending on your rank, you’ll receive increased Stardust rewards and a different number of Charged and Fast TMs.

New Pokemon will also be available depending on your rank in the GO Battle League.

Metagross will be your first encounter reward, followed by Beldum at rank 4 and Rufflet at rank 7.

If you make it all the way to rank 10, you’ll even have a chance to encounter Pikachu Libre.