Pokemon has needed to shake up its formula for years now. While I was a fan of Sword & Shield’s Wild Area – a clear test for a fully open-world RPG and not a bad stepping stone – the other routes were generic and the towns often one-dimensional. Legends: Arceus completely flipped the series on its head, ditching 90 percent of battles for a more fluid approach to catching Pokemon. Fans have been wondering whether Scarlet & Violet would continue to revolutionise in the manner of Legends: Arceus or take a step backwards to give us something more traditional.

The latest trailer for Scarlet & Violet gave us a host of new information about the forthcoming games, not least revealing the release date, the cover Legendaries, and the fact that it does have a fully open world and four-player co-op. It also revealed Lechonk, which is amazing in itself.

However, the part I want to look closest at is the differences between the games themselves. Traditionally, the only differences are a handful of exclusive Pokemon and, in Sword & Shield’s case, some different gym leaders. They’re basically the same game, just altered to encourage trading. I think that’s all going to change in Scarlet & Violet.

I believe that Pokemon Scarlet will be set in the past and Pokemon Violet the future. You’ll explore the same region in each, just potentially millennia apart. And how have I predicted this? We’ll start with the Professors. 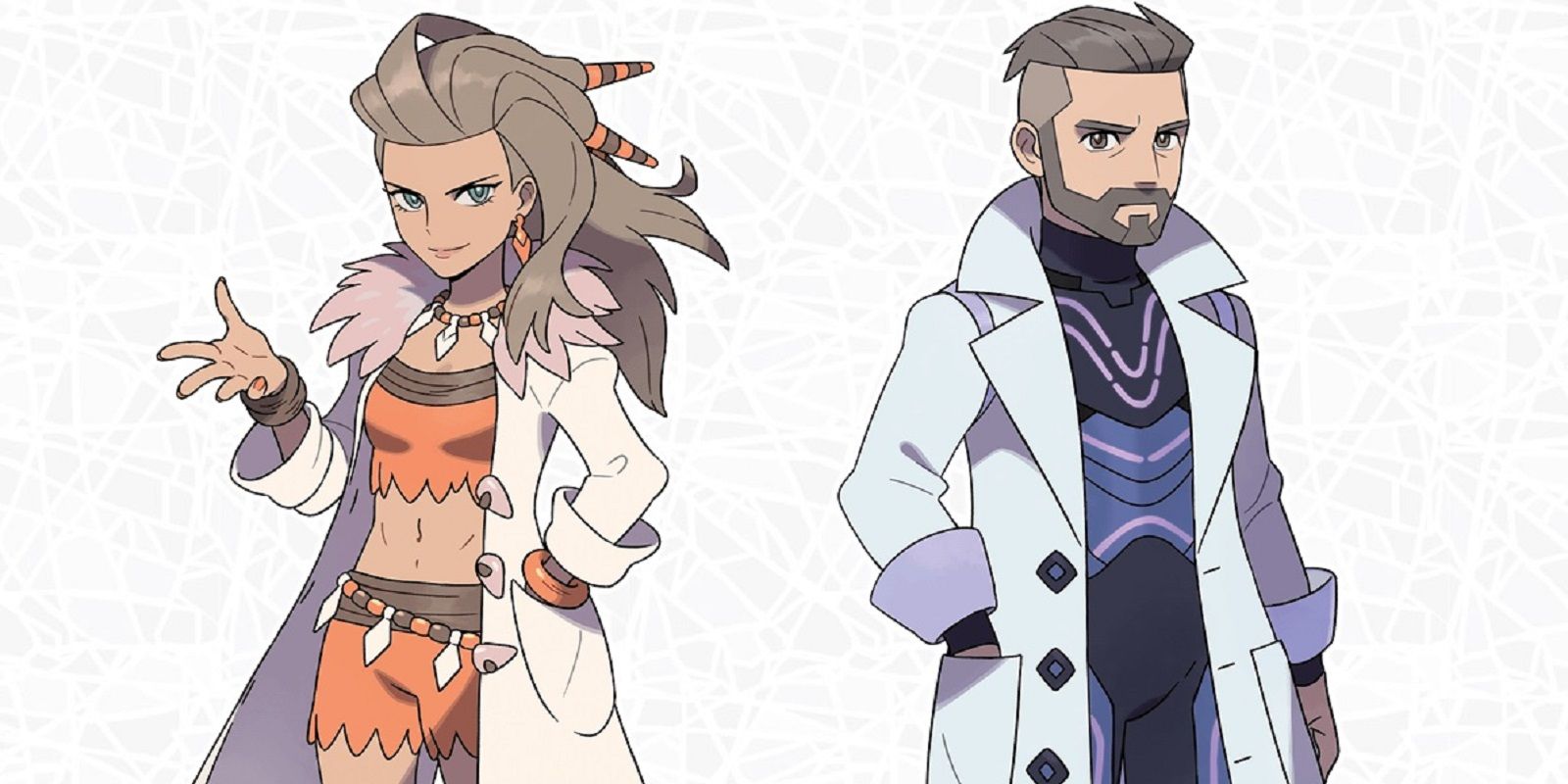 This is the first time that companion games have different Professors. Why is this? Is it because Game Freak wanted to design two hotties to guide your journey? Maybe. What if it’s because they’re not alive at the same time – perhaps Turo is a descendant of Sada? Look at their costumes. Professor Sada, from Pokemon Scarlet, is dressed in ragged clothes (potentially animal pelts) and has a necklace made of the teeth of wild beasts. Very prehistoric, if you ask me. Professor Turo, on the other hand, is wearing some cyberpunk-ass neon glowsuit. He’s clearly from the future.

Now let’s look at the Legendaries. Koraidon is exclusive to Scarlet and Miraidon to Violet, but you could have worked that out for yourselves. Koraidon (Korai is Japanese for Ancient, btw) looks like a classic dragon, with Archeops-style feathers that many archeologists now attribute to dinosaurs. Miraidon on the other hand (Mirai being Japanese for future) looks like a techno-lizard, more robot than dragon and more Digimon than Pokemon if I’m being honest. It’s clear that both the Professors and Legendaries are from different time periods, but will this necessarily impact the region? Perhaps not. With time travel on the cards – remember Legends: Arceus and Pokemon 4Ever? – the Professors and dragons could have traveled to the present day, the region in which the games are set. However, setting each game in a different time period – with potentially different geographies, cities, and characters all referencing one another – would be the bold step that Pokemon needs to take to keep things exciting and interesting.

Traveling between the time zones could also be an option, a lá A Link To The Past, but then I don’t see the point in separating the ancient and future Professors into different games? Maybe the future is leaking into Violet and the past into Scarlet, each bringing with them their own disasters to avert. I don’t know for sure, but all this timey wimey business is getting me excited for another Pokemon adventure.