Pokemon Scarlet & Violet's new region finally has an official name – Paldea – corroborating previous leaks. But what's more, we have a new look at a Paldea variant of Wooper, turning them from blue to brown.

As we know, Paldea is styled on Spain, but the Paldean region has a unique feature that we haven't seen in the Pokemon universe before – 'mons can Terastallize which boosts their type by crystalising them. Some Eeevees can even become Grass and Water types with this ability.

Paldea is home to eight different gyms that you can complete in any order, giving you much more freedom as you explore this new region. And Wooper isn't the only new 'mon to have a Paldean form so we can expect to see new variants of older favourites in this greatly expanded Pokedex. 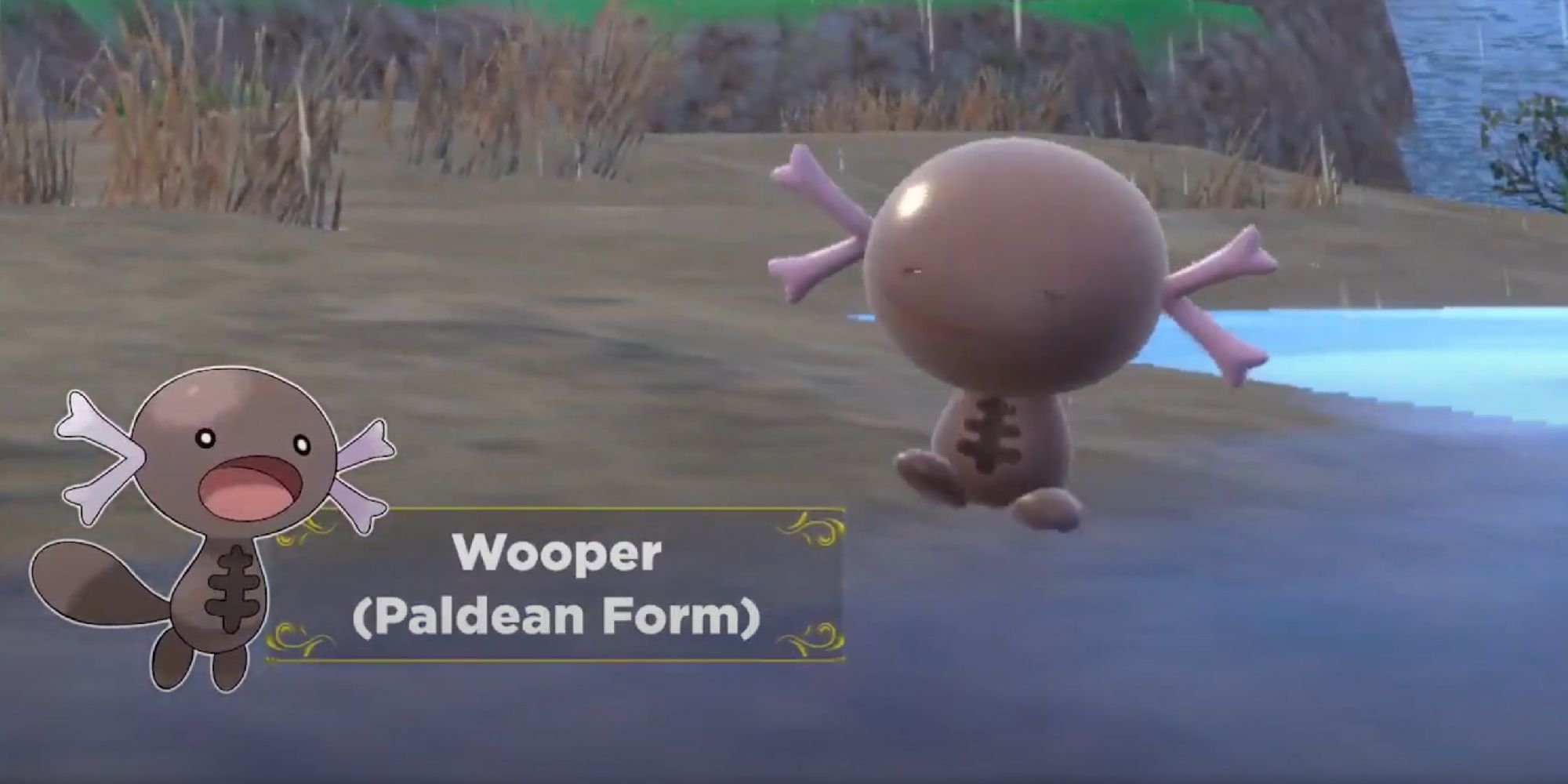 As predicted, Paldean legendaries can also turn into motorcycles, letting you drive around the region to get between cities much faster. Maybe you can even organise a race or two across the Paldean plains.

The name Paldea likely comes from mixing the words Pokemon and Aldea, Spanish for village. On top of the name, we've also gotten some official artwork of the region which depicts a gigantic crater in the centre of an island that's home to luscious plains, an orange mesa, a large beach, snowy mountains, and more. You can see the artwork of it embedded below.

Pokemon describes Paldea as "a sprawling land of vast open spaces – dotted with lakes, towering peaks, wastelands, and perilous mountain ranges." You'll be able to explore this sprawling landscape at your own pace in whatever order you see fit, with 'mons freely roaming the world for you to see. You might even spot a Gyarados or two swimming in the ocean.

And while the legendaries can transform into motorcycles, they are multifunctional, letting you traverse the sky, sea, and land. So you'd best catch one because they will come in handy.