Blastoise is one of the original three; the tiny turtle who becomes a behemoth, and sometimes wears shades. Now that power comes to Pokemon Unite in the form of a special attack-based Defender. But don’t be fooled by the role — Blastoise will destroy the enemy team when played in the right manner.

Equally comfortable tanking for your team and acting as a more disruptive Pokemon, you’ll have loads of fun playing Blastoise. Go into it with your eyes on the prize, and your team will thank you come the end of the game, especially if you’ve secured that all-important win.

When To Pick Blastoise 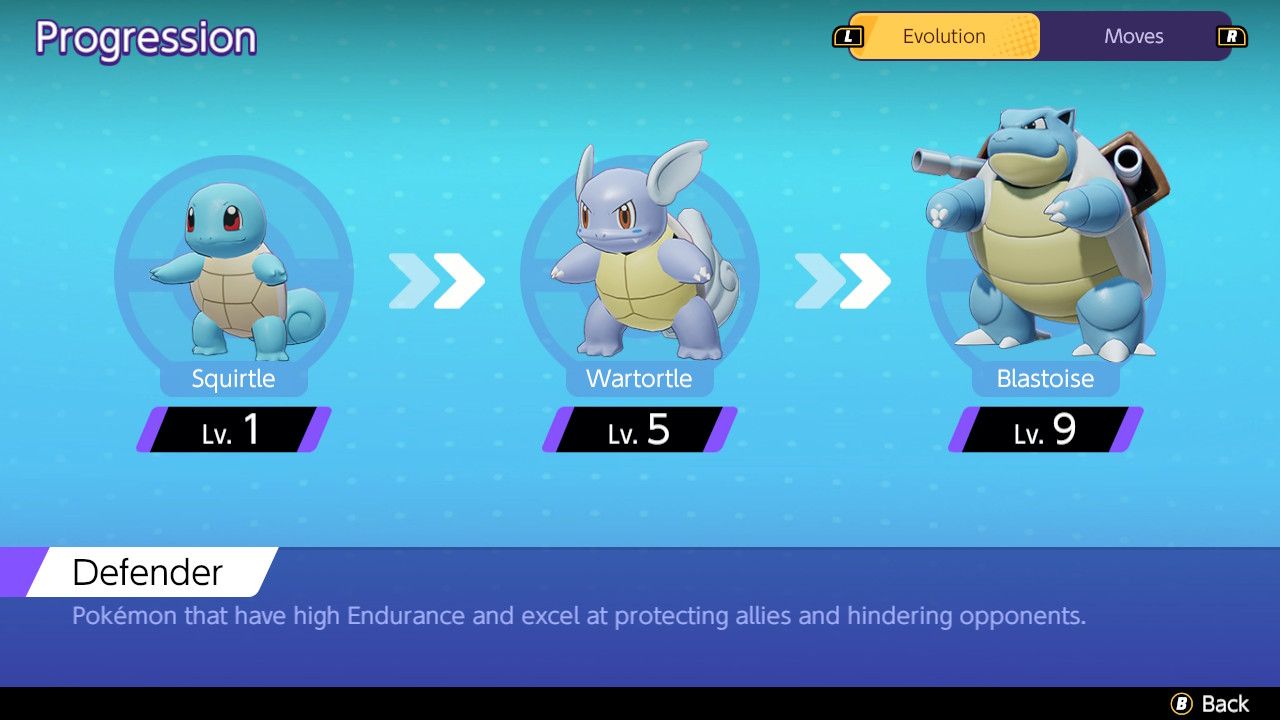 On paper, Blastoise looks like the ideal Pokemon. It has incredible burst damage, but loads of sustain thanks to an immense health pool — in fact, only three Pokemon boast more. It has the highest base Defense of any, and the third-highest Sp. Defense. All in all, it has incredible survivability.

However, its moves are slow and have long cooldowns. You’ll need to be patient with Blastoise, and pick your battles and timings. It’s definitely one you’ll need to practice getting the hang of, but once you’re comfortable, you’ll always be appreciated on teams. 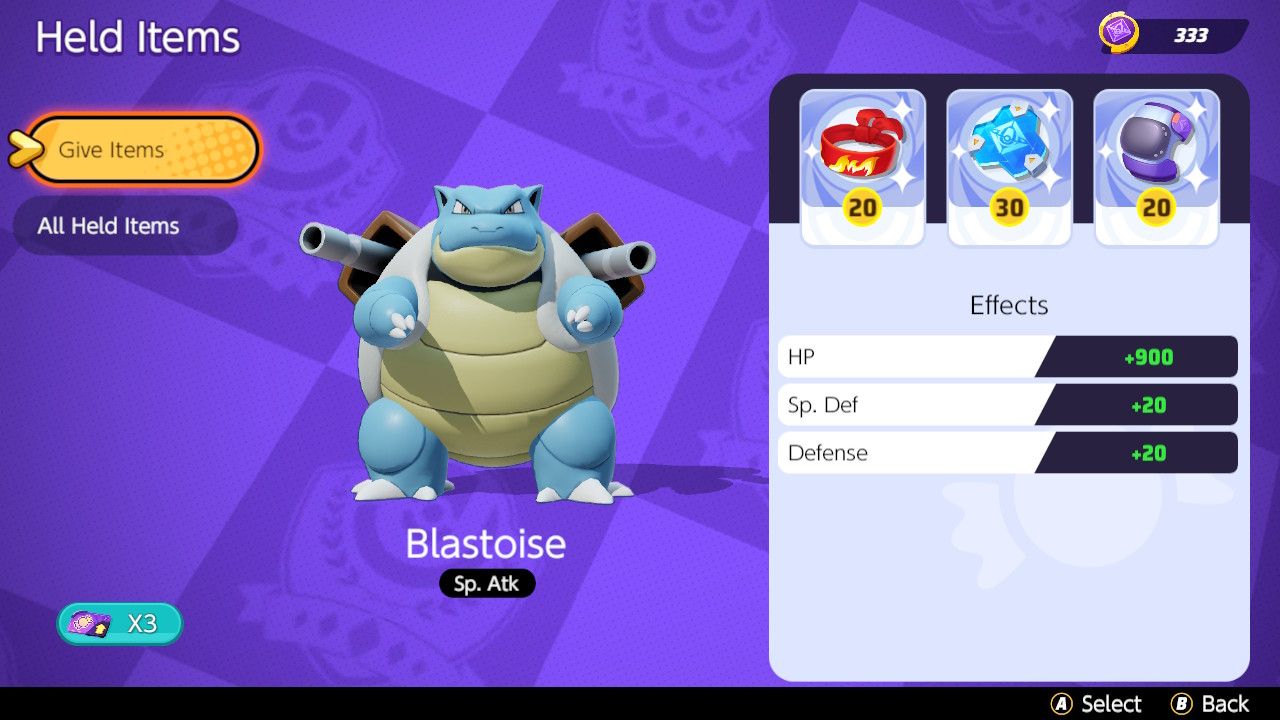 A more standard build for Blastoise, this takes advantage of those incredible defensive stats to lead the line for your team. You’ll soak up the damage while still being able to mete out your own pain. It’s the build that will most help your team and is also the more straightforward way to play.

Hydro Pump is a great move for zoning enemies, thanks to its knockback on hit, while also stunning the enemy for a significant amount of time. Surf ramps that up further and is awesome at protecting your team’s goals. Then, when things heat up, Hydro Typhoon can turn the tide of battle.

Items will be dependent on your team composition and whether you need to be more tanky and lead the line, or more frustrating to the enemy. Buddy Barrier is a given, while Focus Band is a sensible choice. Score Shield is a strong option, and both Energy Amplifier and Shell Bell are viable. Eject Button is the best choice of Battle Item. 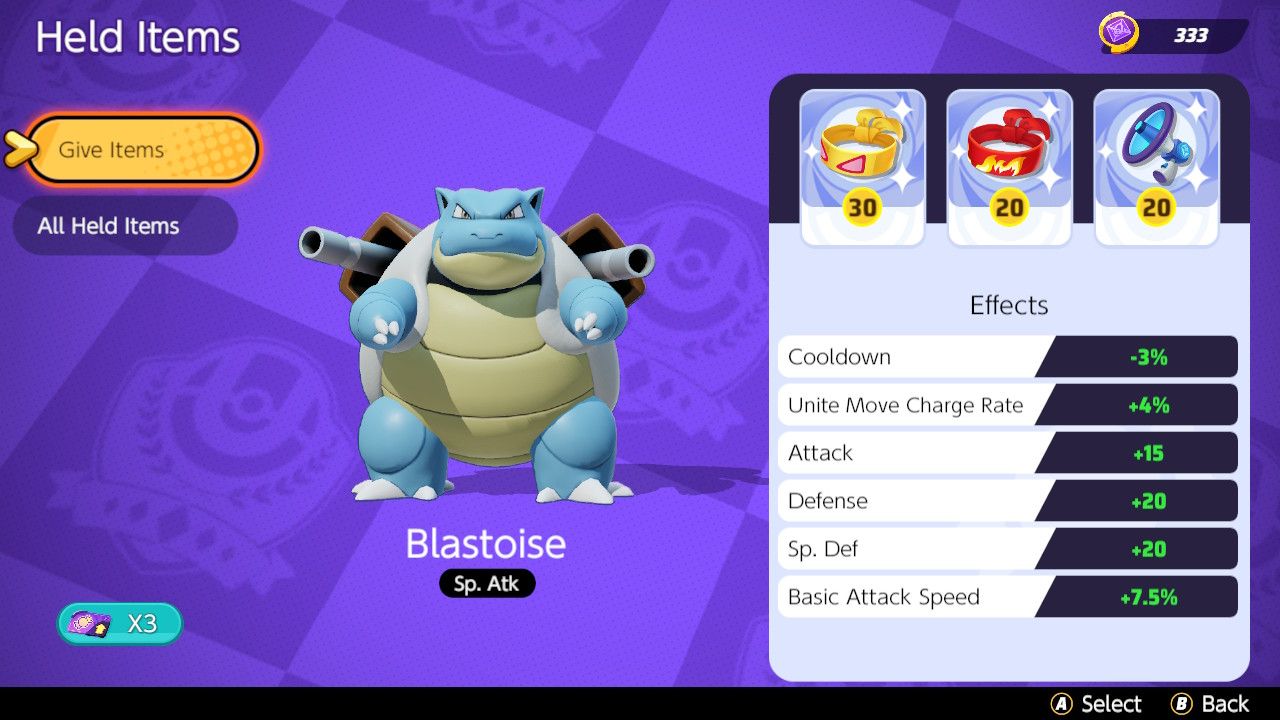 This build is far more damage-oriented than defensive and is the one most likely to decimate your foes. It’s a very specific build with a very specific moveset and rotation, and one in which item choice is essential.

Unlike most builds, this one leads with your unite move, Hydro Typhoon. The reason for this is the buff you’ll get from choosing Energy Amplifier as one of your items. Go in with Typhoon, follow up with Water Spout then Rapid Spin. Use a basic attack once it ends, and enjoy the reset cooldown of Water Spout.

As well as the Energy Amplifier, Buddy Barrier is a safe option that helps put points on the board. However, you can also opt for the pairing of Focus Band and Muscle Band, for a more offensive outlook. But keep in mind this build is risky overall because you’ll have a lot of downtime while your moves are on cooldown. Again, pick up the Eject Button as your Battle Item. 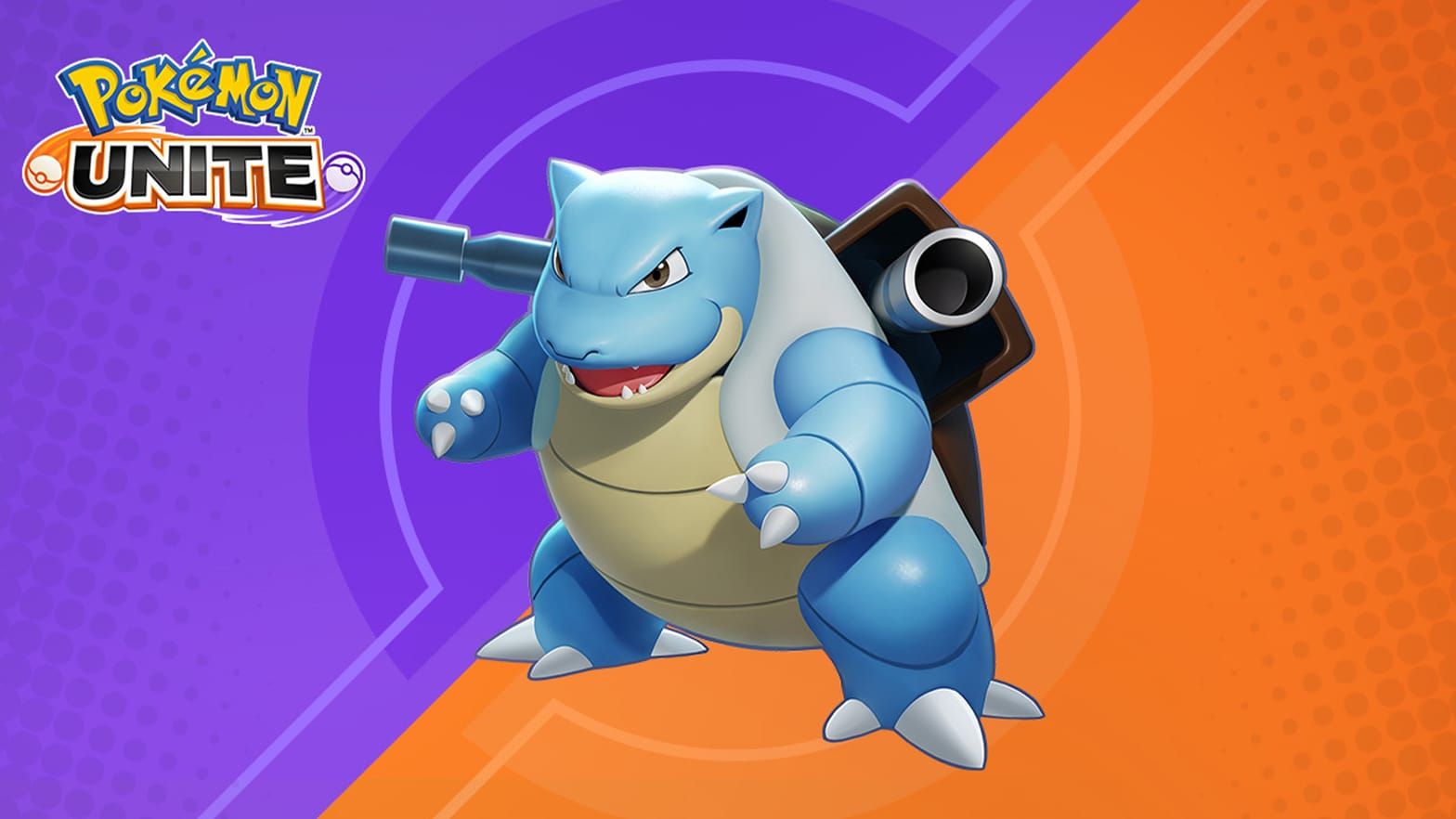