Do you remember the very first MCU post-credits scene? After revealing his superhero identity to the world, Tony Stark returns home to find Nick Fury standing alone in the shadows. “You’ve become part of a bigger universe, you just don’t know it yet,” he said, prophetically. I remember the exact seat I was sitting in the first time I saw Iron Man, because everyone started cheering when Fury said, “I’m here to talk to you about the Avengers Initiative.” No one could have imagined back then how far things would go, or how important the post-credit scene would become to the then-unnamed MCU.

It’s one of Marvel’s greatest Ws, but over the years, post-credit scenes have become a liability. There’s no worse example of the Marvel formula than the obligatory post-credit scene, which has slowly transformed from an exciting teaser into a sad parody of itself, functioning as nothing more than Google search bait for explainer articles on fandom sites. Doctor Strange in the Multiverse of Madness has perhaps the most compulsory and unfortunate post-credit scene yet. Not only does it serve only to fuel hollow speculation about future sequels, but it undermines the actual ending of the movie.

Post-credits scenes have been antiquated for quite some time. As far back as Avengers: Age of Ultron, when Thanos appeared to say and do nothing after already being introduced in the post-credit scene from The Avengers, it was starting to become clear that a lot of these scenes are only being included because people expect them to be there. When the Russo brothers declined to include a post-credit scene in Avengers: Endgame, that should have been the end of it, but since then we’ve had a dozen more of them – including mini-series post-credit scenes – that have consistently failed to move the needle.

Remember when Michael Keaton’s Adrian Toomes met Mac Gargan, AKA Scorpion, in the Homecoming post-credit scene? He’s out there, apparently. Remember in the Far From Home post-credit scene when we learned Skrulls were impersonating Nick Fury and Maria Hill? That’s a thing we need to keep in mind, I guess. We got a Sharon Carter setup in The Falcon and the Winter Soldier, a Monica Rambeau/Captain Marvel setup in WandaVision, a Steve Rogers/Winter Soldier setup in What If, a Black Knight setup and an Eros setup in Eternals, a New Avengers setup in Shang-Chi, and now, a Clea setup in Doctor Strange 2. None of these have been paid off yet, with the exception of Yelena’s post-credit scene from Black Widow that sent her into Hawkeye’s path. None of them have had even a fraction of the weight that Nick Fury’s original introduction had, and it’s past time Marvel stopped doing them if there isn’t a good enough reason to. 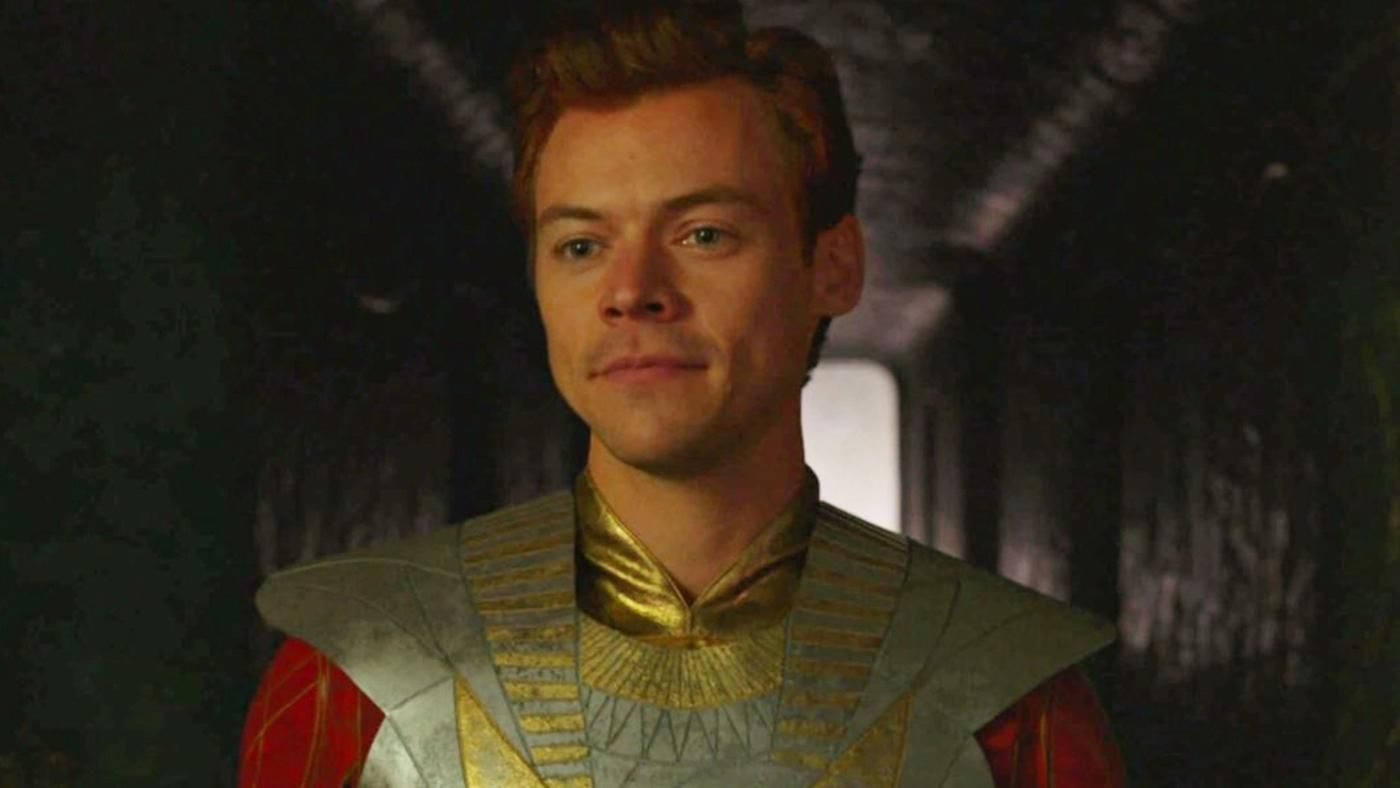 All the scenes I listed off have happened since Endgame, but they aren’t the only loose threads. Adam Warlock was teased in the Guardians of the Galaxy Vol. 2 post-credit scene five years ago, and it will still be another year until that thread gets revisited, if ever. Sometimes these post-credit teases are abandoned completely, as was the case with the original Doctor Strange’s post-credit scene in which Baron Mordo is set up as the next major antagonist. While an alternate-universe version of Mordo does appear in Multiverse of Madness, the fate of 616 Mordo is only vaguely gestured at in the film, as if the promised showdown between Strange and Mordo happened off-screen between movies.

Then there’s Venomverse post-credit scenes, which are a nightmare of continuity and cross-franchise nonsense. Between Venom: Let There Be Carnage and Spider-Man: No Way Home, there’s a post-credits-exclusive subplot that plays out in which Venom is transported to the MCU during No Way Home’s events (despite not knowing who Peter Parker is, breaking the one rule that brought all the other villains together) and is then immediately transported back, leaving behind a sliver of the symbiote. To further prove that logic isn’t in Sony’s vocabulary, Keaton’s Toomes appears in the Morbius post-credit scene, somehow leaving the MCU during No Way Home’s climax. There’s a full storyline playing out in the post-credit scenes of the Spider-Man movies and none of it is even worth the time it took to write this paragraph.

Which brings us to Clea’s scene, my least favorite post-credit scene yet. Multiverse of Madness has an exceptional pre-credits ending. Confident in his triumph over evil and his resolution as a force for good, Strange heads out of the Sanctum Sanctorum and struts down the street like the coolest sorcerer in town, before abruptly dropping to his knees and screaming in horror as an evil eye burrows its way out of his forehead. It’s a quintessential Raimi ending, evoking both Evil Dead and Drag Me To Hell, and it does the job of a typical Marvel post-credit scene expertly. It leaves us with a lot to speculate about as we wait for the next movie. What has happened to Strange? Is he evil now? Will another hero have to step up to fight him as he fought Wanda? Was that what Shang-Chi’s post credit scene was setting up? We can imagine that the next time we see Strange, he’ll resemble the Sinister Strange that our Strange believed he was too pure to become.

Except, nope. The next time we see Strange is about ten seconds later, walking down that same street, apparently totally fine. Clea, another character you Googled in the theater bathroom as soon as the movie ended, appears behind him and delivers, through stilted dialogue, the setup for Doctor Strange 3. Strange then jumps through a portal into a dark-looking dimension as his evil eye makes a second appearance. 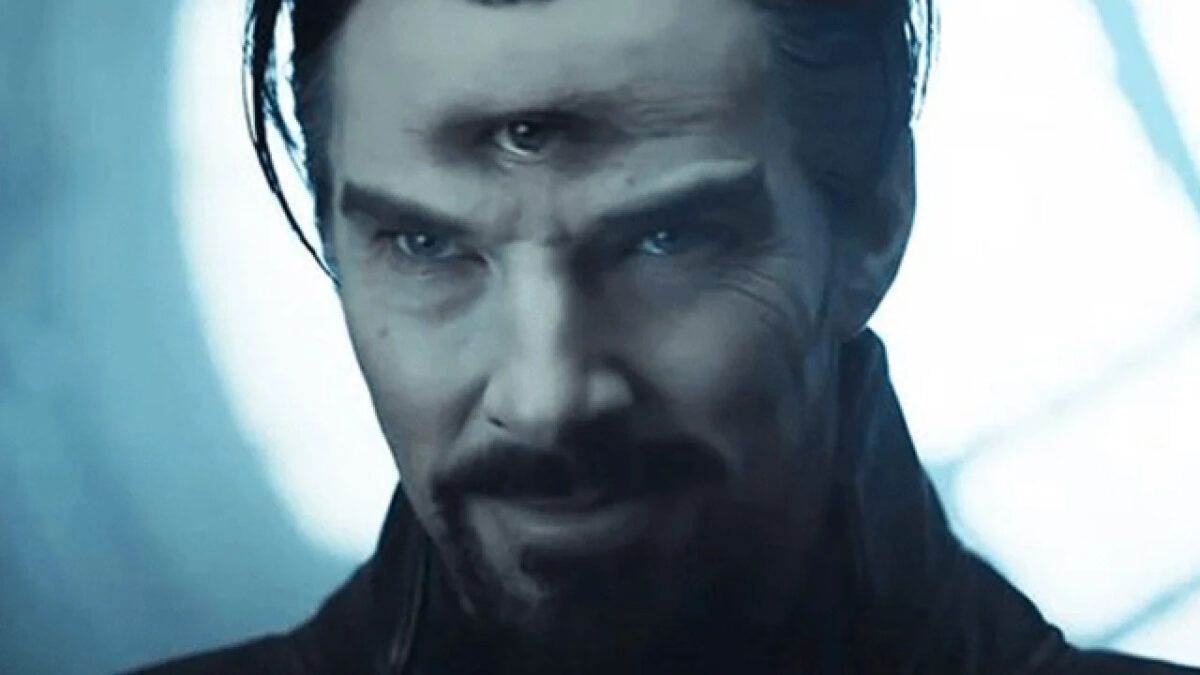 This is an unmitigated disaster of a post-credit scene. It reeks of a studio-mandated inclusion, and I highly doubt Raimi even directed it. Why would he purposefully step on his own ending when it already gave us enough reason to be excited for the future of the franchise? No shade on all the Clea fans out there who finally got what they’ve been waiting for all these years, I guess, but scenes like this don’t add any value to the movie at all.

We don’t need post-credit scenes. The Batman didn’t have one, and no one wrote angry tweet threads about it. When the movie ended, we all just left. I would rather have no post-credits scene than a phoned-in one. Let’s use J. Jonah Jameson’s post-credit cameo in Far From Home as our yardstick. If they’re not as good as a beloved character from a different franchise showing up to publicly unmask our hero, I don’t think we need to see them.