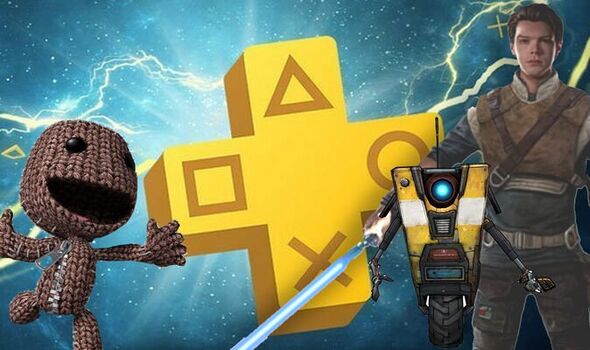 If you’re a PlayStation Plus subscriber, then chances are you’re counting down the minutes until the June 2022 free PS4 and PS5 games reveal. While there’s a chance it will save the reveal until the upcoming State of Play event, Sony is expected to officially announce the next wave of PS Plus free games at 4.30pm BST on June 2. The games will be available to download less than a week later on the morning of June 7. In the run up to the big announcement, fans have been having fun predicting the potential PS Plus line-up for June 2022.

Based on the PS Plus predictions over on Reddit, the majority of fans believe Star Wars: Jedi Fallen Order will appear as a free PlayStation Plus download in June.

A popular choice in recent months, the support for Jedi Fallen Order has intensified after a sequel was announced earlier this week. Star Wars games have also been a regular fixture for PS Plus in the month of June, after Star Wars Battlefront 2 was given away in June 2020, followed by Star Wars Squadrons in June 2021.

Sackboy: A Big Adventure is another hugely popular choice for the June 2022 line-up. The game is absent from Sony’s PS Plus Premium subscription tier, leading to speculation that it’s being saved for regular PlayStation Plus.

Other games with multiple predictions include Call of Duty Modern Warfare, Marvel’s Avengers, Hades and Borderlands 3.

Borderlands 3 would make sense, especially after it appeared as a free game on the Epic Store last week.

“The original shooter-looter returns, packing bazillions of guns and a mayhem-fueled adventure!” reads the official description.

“Blast through new worlds and enemies as one of four new Vault Hunters. Play solo or with friends to take on insane enemies, score loads of loot and save your home from the most ruthless cult leaders in the galaxy.”

Sackboy: A Big Adventure, on the other hand, is an inventive adventure game that launched alongside the PS5.

“Can you save Craftworld from the dastardly Vex and his nightmarish Topsy Turver device… and become the Knitted Knight of legend?”

Check back at 4.30pm BST on June 1 for the official PlayStation Plus reveal for June 2022.

Related posts:
05/30/2022 News Comments Off on PS Plus June 2022 free PS4 and PS5 games: Sackboy, Jedi Fallen Order and Borderlands 3?
Hot News
Ghost of Tsushima Fans Discuss What They Want From A Sequel
Hideo Kojima Put A Project On Hold Because It Was Too Similar To The Boys
Sonic CD’s Voice Lines Have Been Removed In Origins, For Some Reason
Marina Probably Won’t Be The Villain Of Splatoon 3
walkers pharmacies
Recent Posts