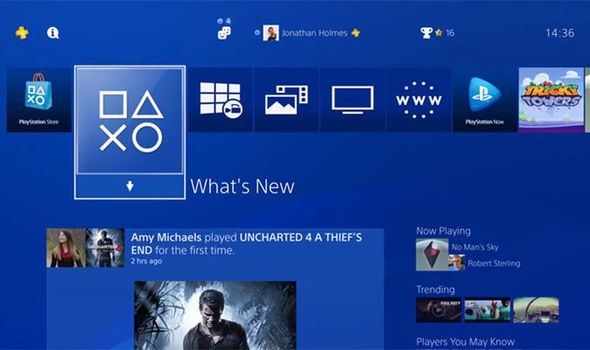 New PlayStation Software updates have gone live today, and PS5 version 8.50 includes new features and the removal of old ones.

The good news is that Sony has released detailed patch notes on everything that has changed and haven’t just left fans with a small note citing “improvements”.

The new PS4 8.50 system update weighs at the usual 481MB and comes with some interesting new features.

This includes Sony expanding its ranges of cross-gen options, something that might surprise a few gamers.

While the PS4 is expected to be slowly dumped by the tech giant over the coming month, that hasn’t stopped the tech giant from improving some aspects of its shared ecosystem.

At the top of the list of 8.50 improvements is a note confirming that Share Play can now be used in party with players on PS5 consoles.

But while a range of improvements have been released today for the PlayStation 4, Sony has also taken a few away.

PlayStation Communities has been officially axed on the PS4 today, meaning you can longer access the feature.

Communities was an addon where console owners could find other players who had similar interests and preferences.

Within a Community, you could play games or have parties with other Community members, or talk about your shared interests.

Sadly for those who were still using this feature, Sony warned of its demise earlier this month, telling PS4 owners:

PlayStation look back at every game from the PS4 generation

“However, you’ll still be able to stay connected and enjoy messaging features and more on your PS4 and the PlayStation App.”

Last year also saw Sony remove the option to create private Communities, which was a telling sign of what was coming next.

But existing Communities could still be accessed until today.

Full patch notes from today’s PS4 8.50 update can be found below and includes the following changes:

The Communities feature is no longer available.