Over the storied history of the Legend of Zelda IP, every Nintendo console has been blessed with at least one new entry in the series. However, some consoles got a few more games than others. Since its inception, the Zelda series has been a prime candidate for spin-offs of a wide variety. Whether it be an on-rails shooter or a rhythm-based adventure, Zelda has flirted with a variety of different genres over its 30 years.

The scope and quality of these games range from mildly interesting to excellent. Nintendo typically doesn't let third-party studios work on its beloved franchises, but allowing developers like Koei Tecmo to take the lead lets the series explore new and exciting genres that subvert what it means to be a Zelda game.

Updated June 5th, 2022 by Kyle Chamaillard. This list has been updated to include Hyrule Warriors: Age of Calamity and see where it ranks amongst other Zelda spin-offs.

Before we jump into the list, an honorable mention must go to the Satellaview Zelda games. This trio of titles was broadcast through the Super Famicom Satellaview add-on and would allow players to enjoy remixed and enhanced versions of the original Legend of Zelda and Link to the Past titles, with brand-new maps and plotlines.

These games are really hard to access in their original forms and are essentially unplayable today. Weirdly, Nintendo offered a streaming service in the 90s far before it became the mega-industry it is now.

These three games were all developed for the Philips CD-i and are very, very bad. The first two titles, Faces of Evil and Wand Of Gamelon are sidescrolling adventures while the final entry, Zelda's Adventure, returned to the series' top-down origins.

Faces of Evil and Wand of Gamelon feature horrendously animated cutscenes that have spawned countless memes. The third features completely incoherent live-action cutscenes and gameplay. Each one was a commercial failure and while the first two games were met with some praise, Zelda's Adventure is often regarded as one of the worst games ever made. Despite their reputation, it's still fun to look back on them and wonder where things went wrong. 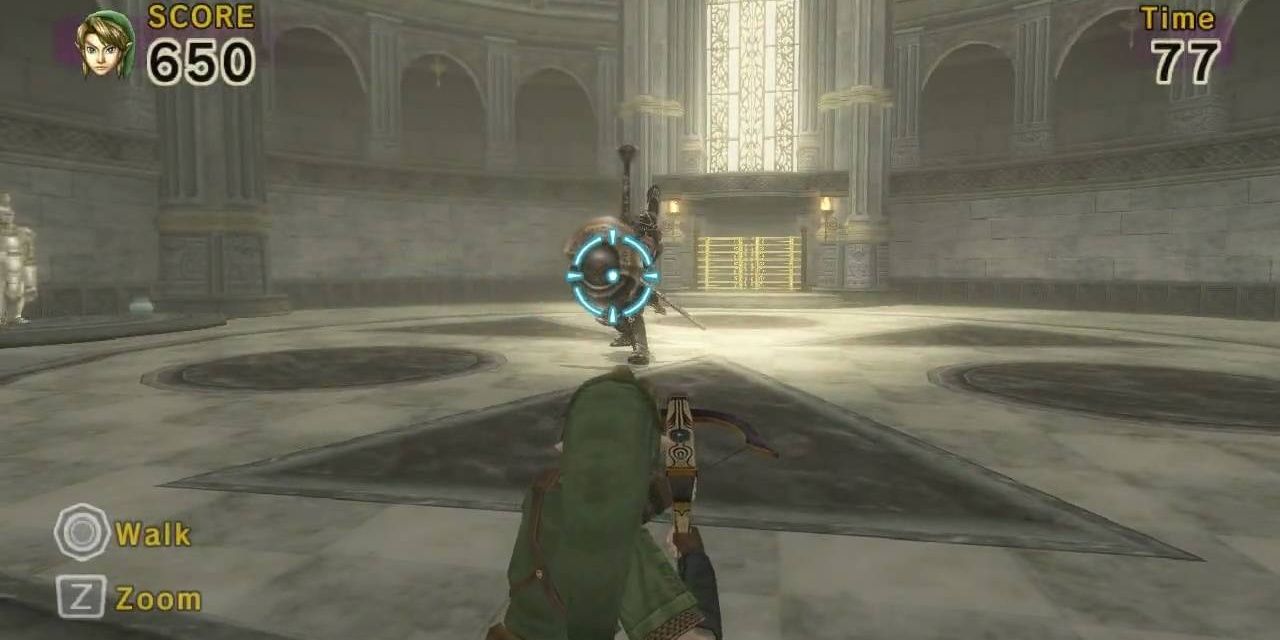 Link’s Crossbow Training was developed for the Wii and takes place in the same universe as Twilight Princess. The two games share locations, enemies, and a realistic aesthetic. Crossbow Training was the pack-in game included with the Wii Zapper, a plastic accessory used to enhance controls and immersion in shooting games.

The game is fine and was essentially just a software designed to showcase and help you become familiar with the Zapper. The stages and references to Twilight Princess are fun, but the experience is extremely short. It's fun to play through Crossbow Training once before putting it on the shelf and hopping into more interesting titles.

7 The Legend Of Zelda: Battle Quest 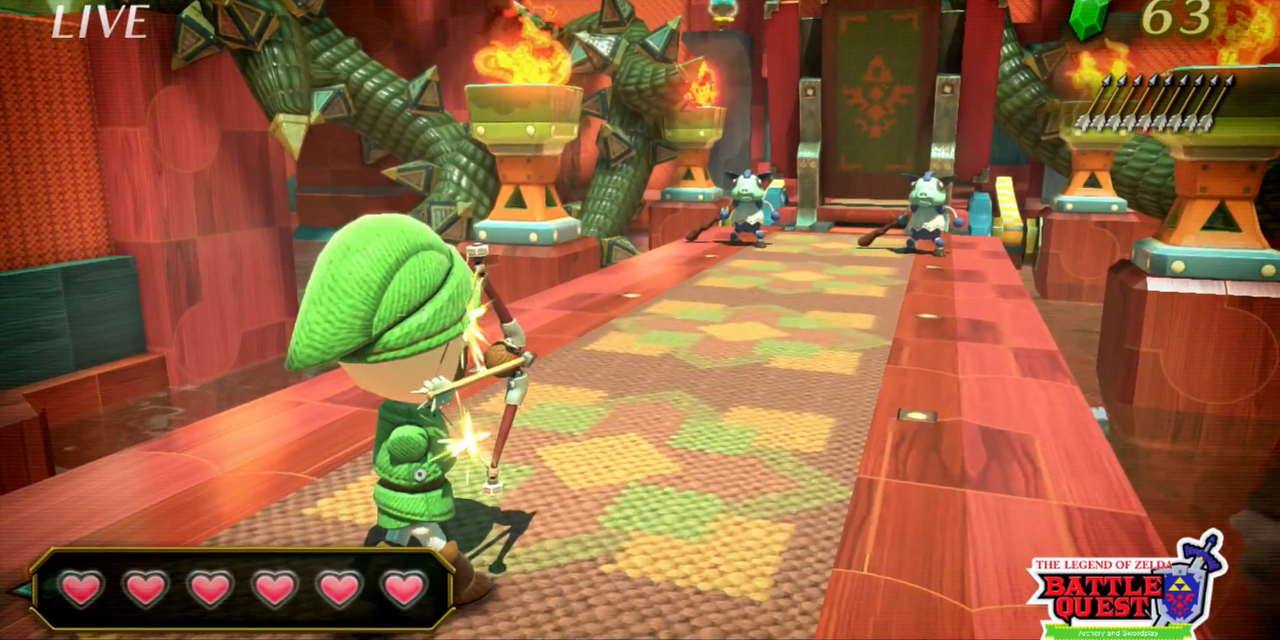 The Legend of Zelda: Battle Quest is one of the mini-games featured in the Wii U launch title Nintendo Land. Available to play in both multiplayer or singleplayer modes, a team of Link-themed Miis must take on waves of enemies as either archers or swordsmen.

This game is also on-rails, but is much more of a full-fledged package than the aforementioned Link’s Crossbow Training. The multiplayer mode is fantastically organized chaos, and the single-player mode is a fun time too. The levels and enemies feel familiar but have a cozy vibe and interesting new designs. Overall, Battle Quest is a fun time and is one of the best mini-games in the wildly overlooked Nintendo Land. 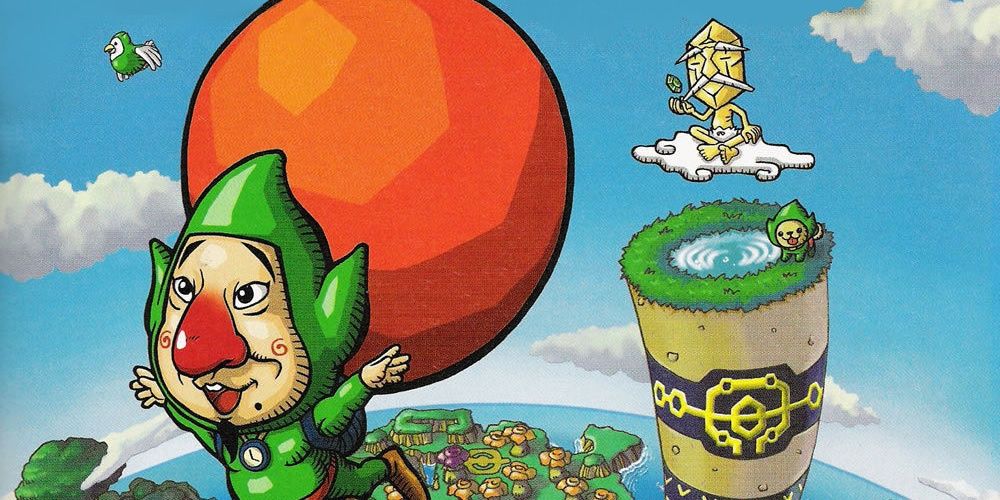 Fan-favorite Tingle stars in his own adventure, and honestly, it’s pretty good. To break it down in simple terms, Freshly-Picked Tingle's Rosy Rupeeland is a Zelda-style dungeon exploring title, but you play as Tingle. However, the game isn’t 100 percent Zelda.

The combat is simple and is essentially just button mashing until Tingle wins. There is also an entire portion of the game that focuses on Tingle earning as many Rupees as possible, so he can eventually become a true fairy. While the game has some interesting ideas, the next Tingle game was a dating sim that seems perfect for a bachelor like him. Unfortunately, it was never released outside of Japan and won't be appearing on this list.

5 My Nintendo Picross: The Legend Of Zelda: Twilight Princess 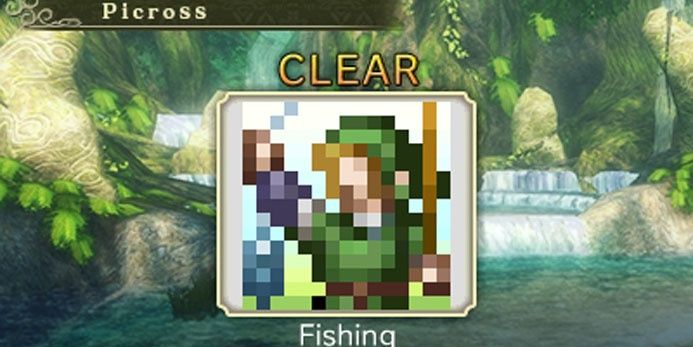 Who would complain about that? Picross is one of the best puzzle games available and combining its gameplay with the often relaxing vibes of Zelda is a better match than Kafei and Anju from Majora's Mask. It's sadly unavailable to download now, but fans of pixels and puzzles still have plenty of Picross games to enjoy until Nintendo decides to revive this title. 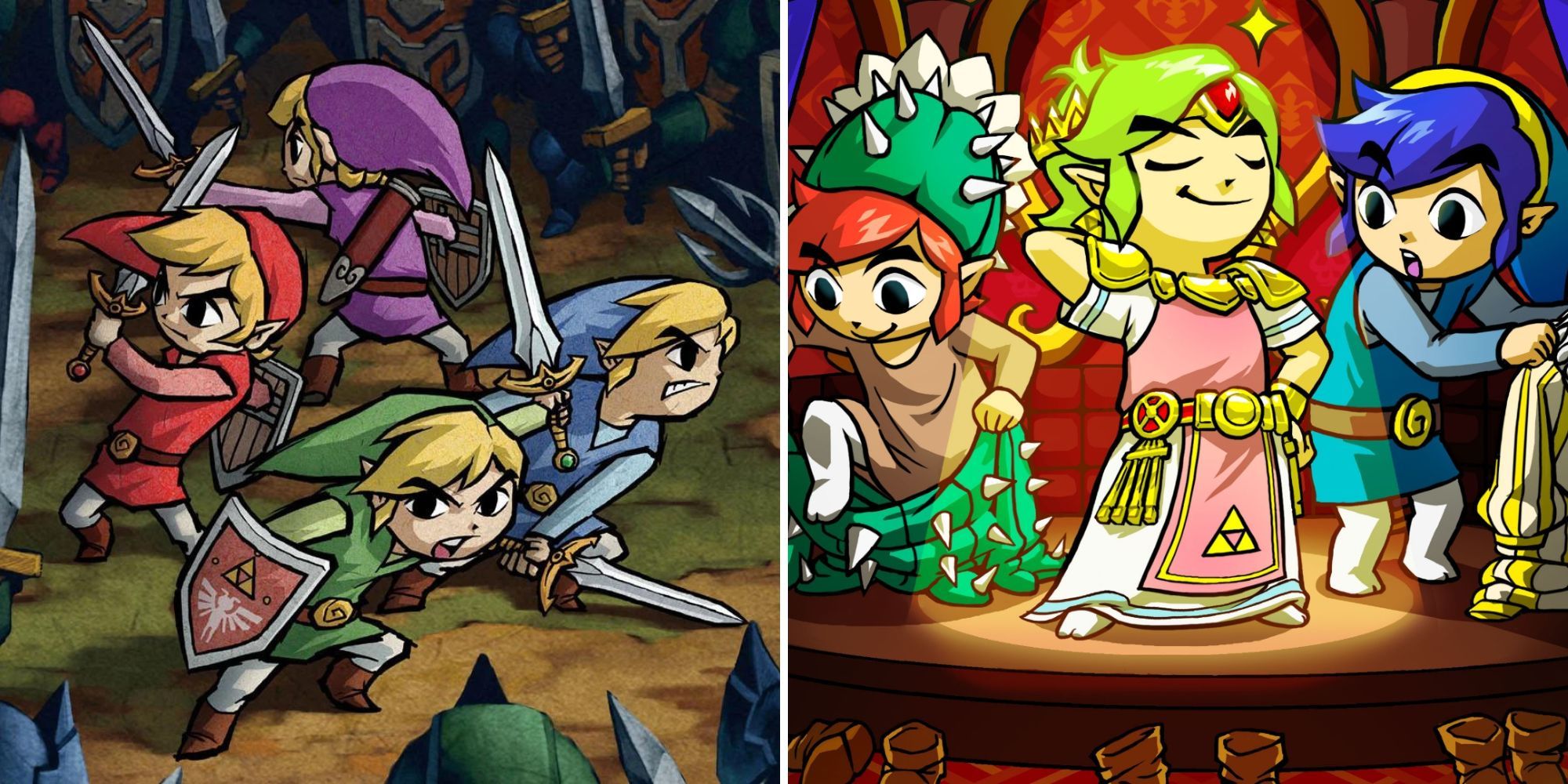 Whether The Legend of Zelda games that focus on multiplayer count as canonical titles or spin-offs is often up for debate. Unlike other games on this list, these games are included on the official Zelda timeline and developed by Nintendo themselves. They are often shorter adventures than the other main entries, and the multiplayer factor tends to reduce their replayability. The Four Swords and Tri Force Heroes are still excellent games though, that are worth playing if you have a few friends around.

The gameplay is reminiscent of classic Zelda titles (specifically, A Link to the Past) and requires you to work alongside three other Links to make progress. The story in these games is much lighter than in the main series, but they make up for it with stellar gameplay, visuals, and puzzles that require teamwork to solve. 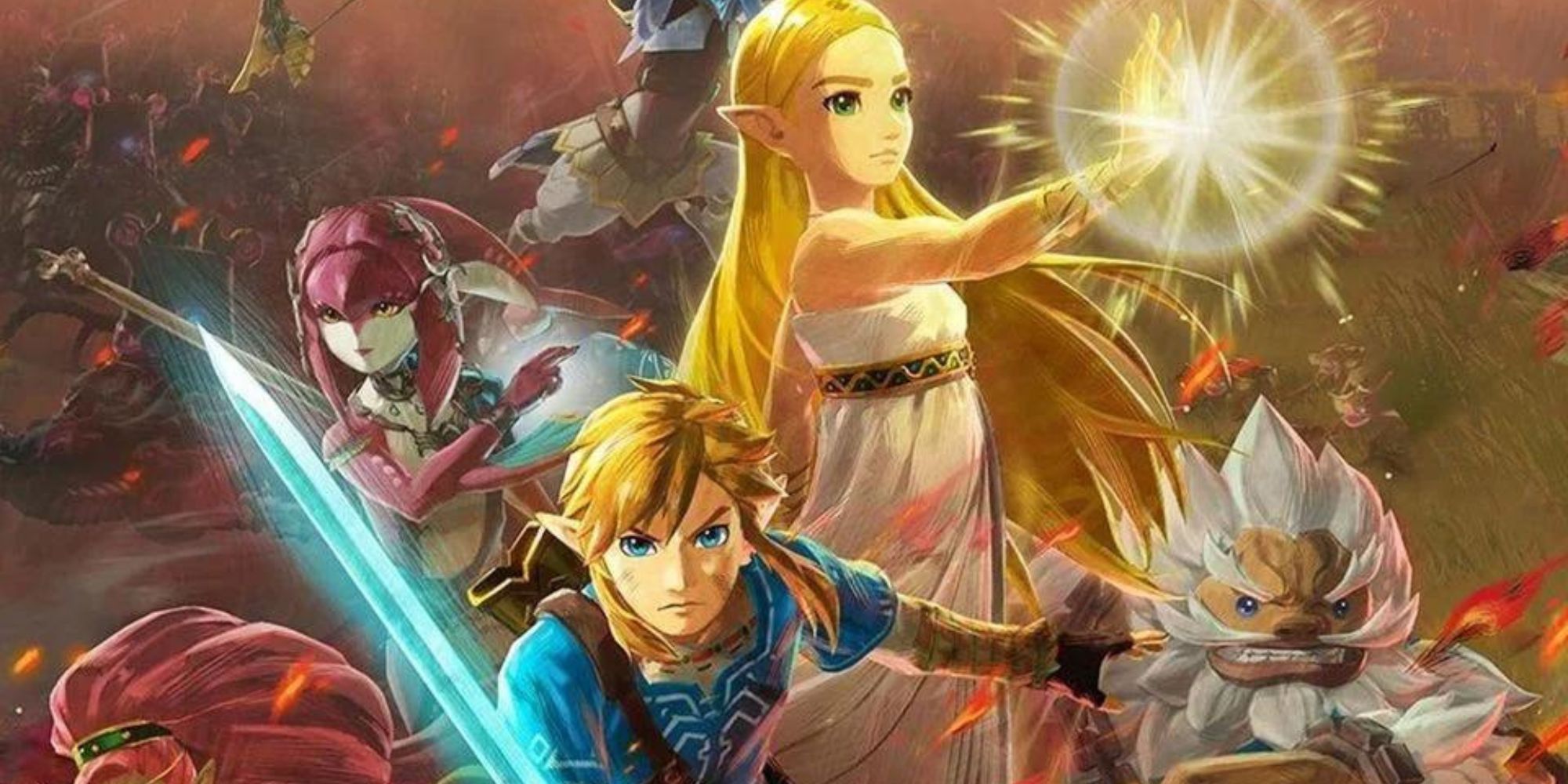 Age of Calamity is the second game to blend the characters and mechanics from The Legend of Zelda with the gameplay of Dynasty Warriors. After the success of Breath of the Wild, it didn't take long for Nintendo to publish a spin-off game in that same universe while it worked on its sequel. Age of Calamity takes place before the events of the Breath of the Wild and allows you to learn more about the state of the world and the relationships within it before it all falls apart.

The number of playable characters and locations from Breath of the Wild is truly impressive, and the feeling of taking out thousands of enemies as Link, Zelda, or anyone else is truly magical. Where Age of Calamity falls short is its narrative. After being advertised as a prequel of sorts, Age of Calamity actually takes place in a different timeline and eventually feels very distant from the game that inspired it. 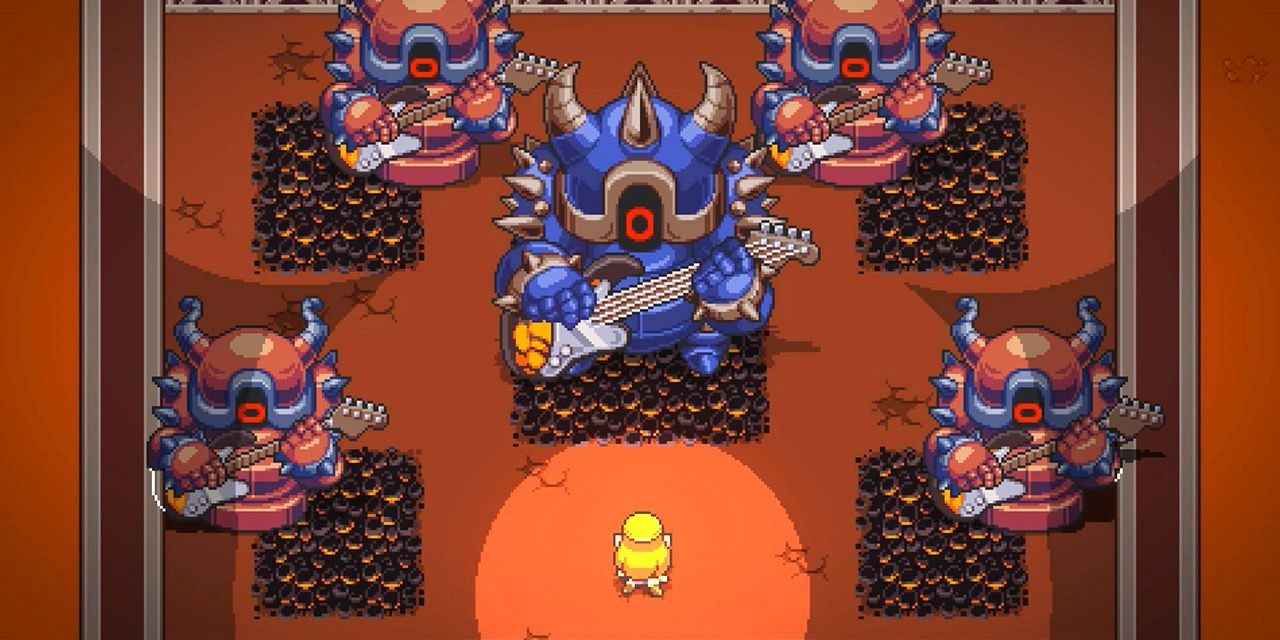 Cadence of Hyrule: Crypt of the NecroDancer Featuring The Legend of Zelda is one of the longer titles for a spin-off and is surprisingly a mashup between Crypt of the NecroDancer and The Legend of Zelda. It's a rhythm-based adventure title with an excellent soundtrack, memorable new enemies, and gameplay that never misses a beat. It's fantastic, blending rhythm-influenced gameplay with traditional Zelda mechanics.

Many iconic songs from the franchise have been remixed and somehow feel brand new while playing Cadence of Hyrule. This Switch title is a must-have for any Zelda fan if you haven't already added it to your library. Plus, you can play as Zelda in a Legend of Zelda game which is rarer than it should be. 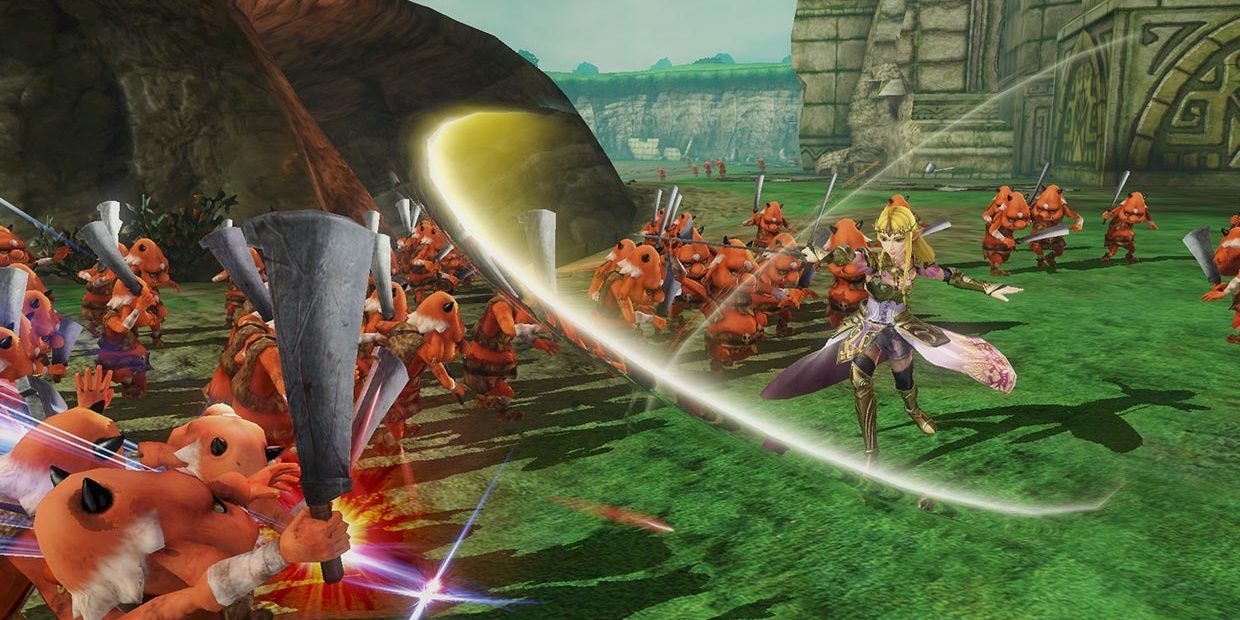 Unlike Age of Calamity, Hyrule Warriors: Definitive Edition is not inspired by a singular game and instead takes elements from nearly every Zelda game and weaves them together to create an experience that's designed to enamor both long-time and new fans of the franchise.

While Age of Calamity only features characters from Breath of the Wild, Hyrule Warriors Definitive Edition has characters from Ocarina of Time, Majora's Mask, Link's Awakening, and more. Although it's set outside the official timeline, the plot is an absolute blast to play through, featuring brand-new characters and a plethora of bosses from the history of the franchise. With excellent gameplay and endless content, Hyrule Warriors Definitive Edition is the perfect Zelda spin-off game to play between the main installments of the series.