Ratchet & Clank is known for a great many things, but one of its most prominent features is its often larger-than-life villains. It’s understandable, what good is an epic arsenal of cool weapons if there’s nothing good to shoot them at, and over the years Ratchet & Clank has given us some great antagonists to go up against.

From the dastardly Dr. Nefarious, to the pirate crew lead by the somewhat incompetent Rusty Pete, most of the series’ villains are definitely memorable. Some are better than others though, so we’ve ranked all villains in the main series from worst to best. 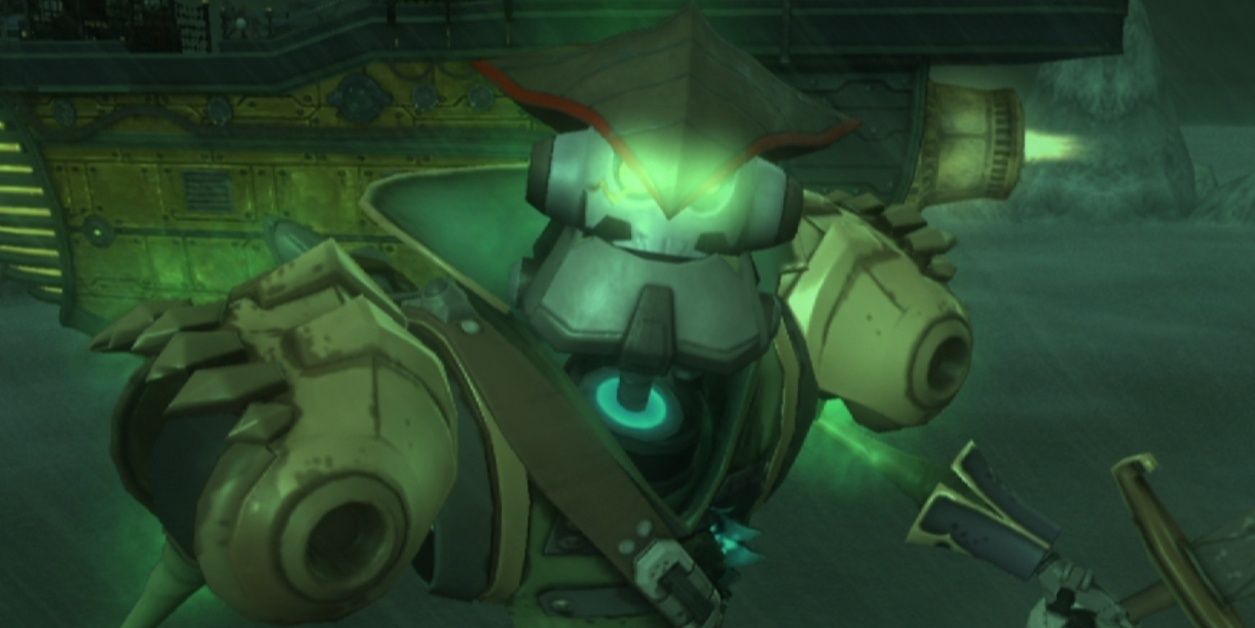 Romulus Slag is definitely one of the weakest villains in the franchise, with his appearances in both Tools of Destruction, and Quest for Booty being rather underwhelming. Both of his encounters with Ratchet end up with his body being removed from his head, and he’s yet to try and defeat the lombax since.

His third appearance in the series came in A Crack in Time, in which he and his pirate buddy Rusty Pete host a radio show, as well as having a role in Captain Qwark’s film. It certainly seems that Romulus’s days of villainy are behind him. 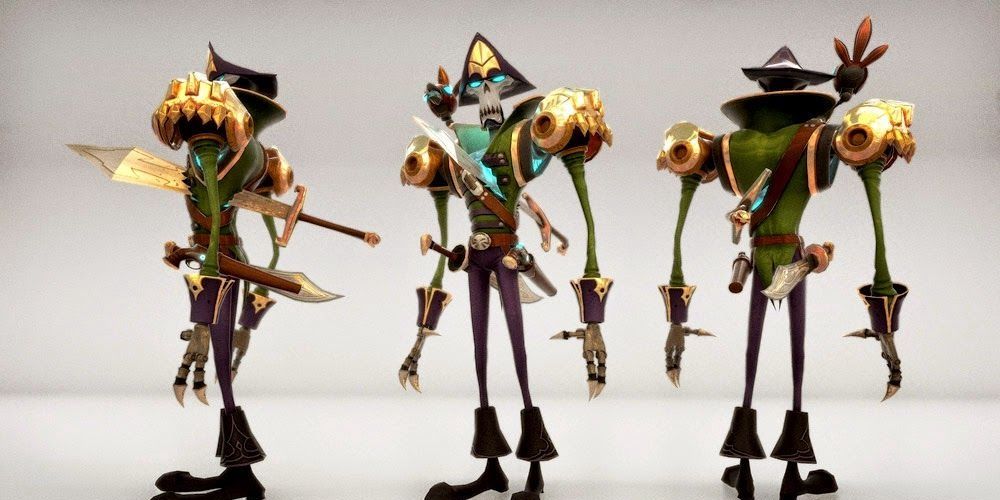 Angstrom Darkwater was the main antagonist in Quest for Booty, well that is until he was betrayed by Romulus Slag and Rusty Pete. Darkwater’s connection with the mysterious Zoni often overshadows his character, but his influence on later games in the series should be recognized.

Ultimately though, Darkwater suffers the same fate most of the pirate characters do, that being he’s fairly forgettable and is rarely remembered even by big fans of the series. 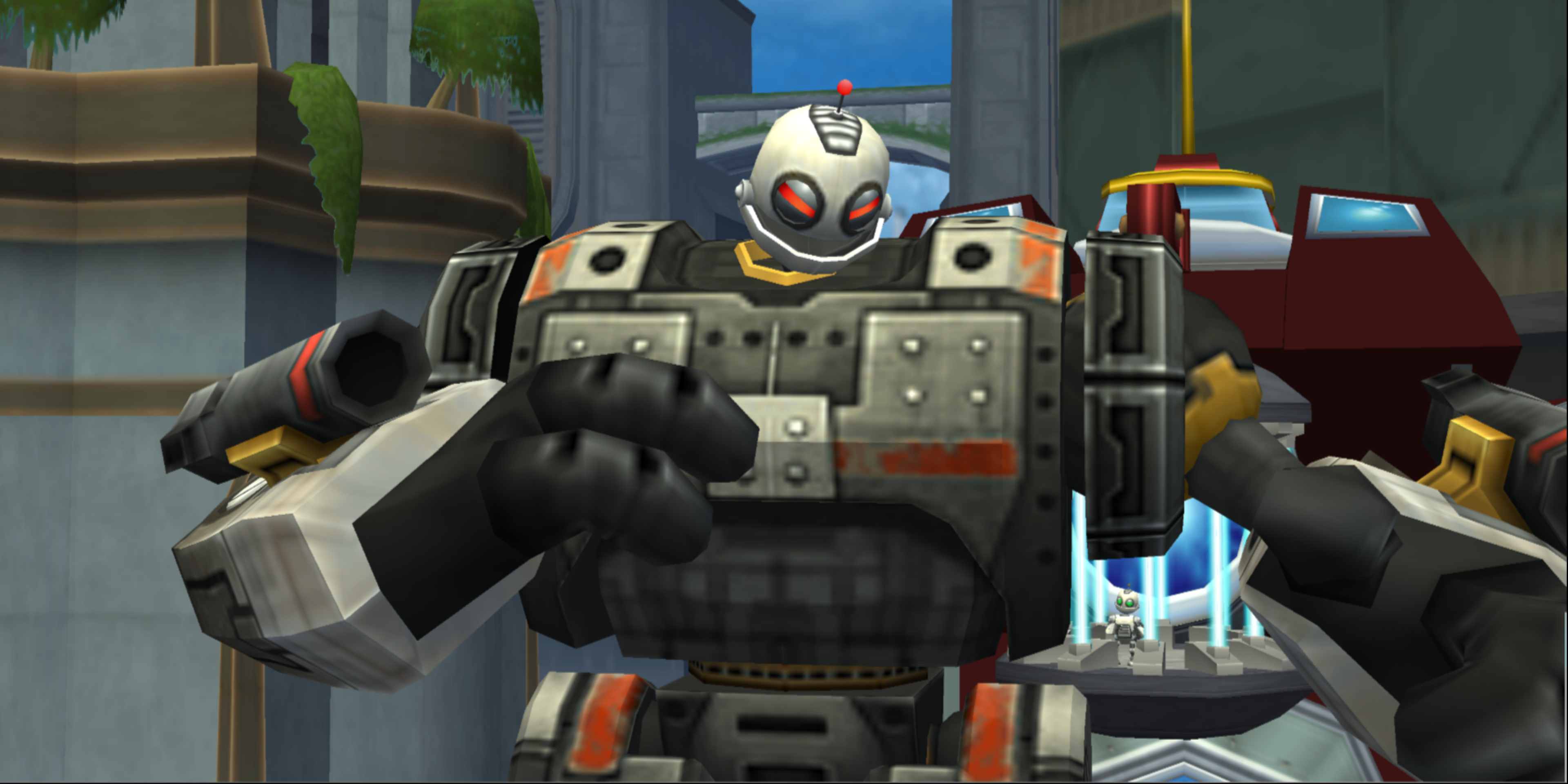 Klunk is Clank’s evil doppelganger, having been created by Dr. Nefarious to spy on Ratchet and the Q-Force. After Clank’s kidnapping, Klunk takes his place at Ratchet’s side until he reveals his true form, leading to a great boss fight in his giant mode.

Klunk’s position as a secondary antagonist to Dr. Nefarious certainly weakens his overall villainy, but the twist itself makes Klunk a memorable character, and his boss fight is one of the highlights in Up Your Arsenal.

We’re cheating a little bit on this entry by merging Rusty Pete and his Rift Apart alternate version into one entry. Rusty Pete is fairly incompetent, offering little threat to Ratchet & Clank aside from his sharp, humourous wit. He even ends up working alongside the two in Quest for Booty.

Pierre LeFair is more of a threat, being a long-term adversary of Rivet’s in Rift Apart. You’ll run into him and his crew on Ardolis and Torren IV. He’s a thorn in your side on both occasions, but once again ends up working with Rivet and Ratchet in the game’s final battle.

Captain Qwark may appear to be a hero, but his first two appearances in the series see him take the role of an antagonist on numerous occasions. In Ratchet & Clank, he is a willing advocate for Chairman Drek’s planet-destroying evil plan, and in Going Commando he impersonates Abercrombie Fizzwidget, leading the campaign to sell the dangerous Protopet.

In later games, Qwark manages to redeem his villainous roots and despite the general incompetency he possesses, he even manages to save people on numerous occasions. He’s definitely no hero though, and he’s always been a shifty character that can’t truly be trusted. 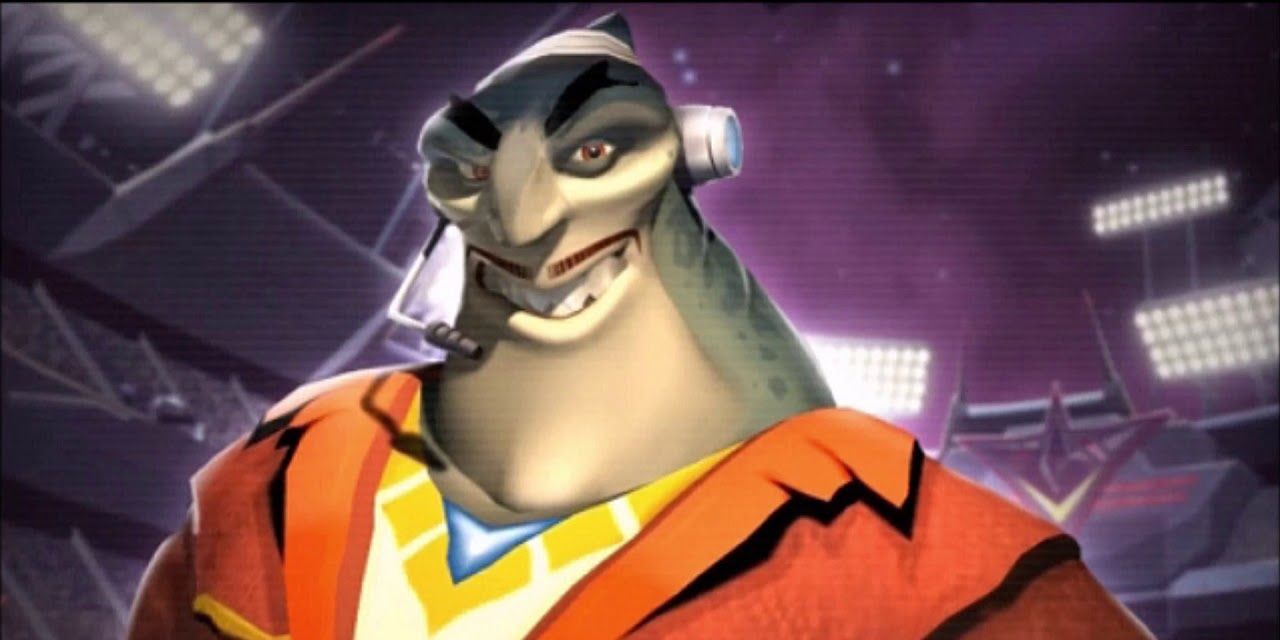 The main antagonist of Deadlocked, Gleeman Vox manages to kidnap Ratchet and is the man behind the Dreadzone, a TV show that puts different heroes against each other with only one surviving. He’s a unique villain as far as the series goes, in that Vox has no desire to conquer worlds, he simply wants to become richer and richer.

He plays a part in what is a surprisingly dark narrative for the Ratchet & Clank franchise, and his final act is a suicidal move that would see himself as well as Ratchet explode on the Dreadzone Station. His one redeeming feature is the cute slug-like pet he owns called Slugha. 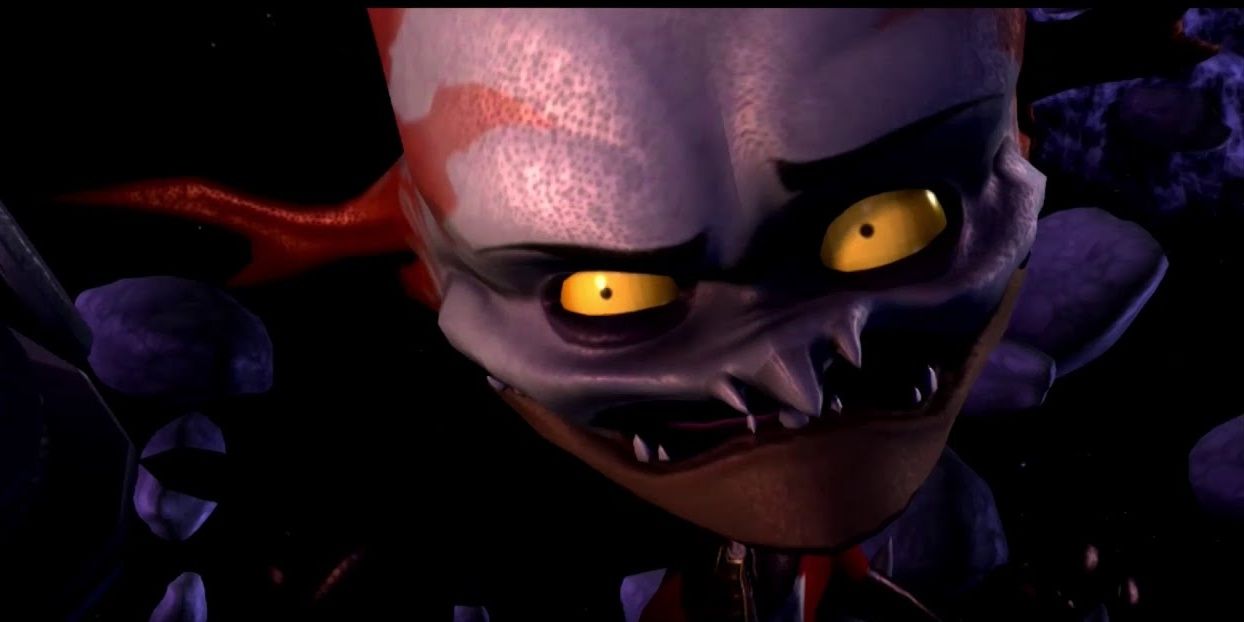 Emperor Tachyon wants nothing more than to see the destruction of the Lombax race, which considering he was adopted as a child by them seems a little bit harsh. His Imperial Army was responsible for the Lombax’s fleeing to a new dimension, and he’s a worthy adversary to Ratchet in Tools of Destruction.

Tachyon seeks the Dimensionator and uses the weapon to bring back the cragmites in order to take control of the Polaris Galaxy. Ultimately Ratchet is able to banish Tachyon using the Dimensionator but he remains one of the most infamous villains in the series’ history.

Chairman Drek is the first villain in the series. Drek is a dictator and merciless in his desire to see through his grand plan. Drek’s plan revolves around polluting planets and then providing his people with a new planet to settle on, all whilst making billions of bolts in the process.

Drek is very much an imperialist, and his desire to destroy Ratchet’s home planet of Veldin in order to facilitate his new planet shows how ruthless this businessman can be. 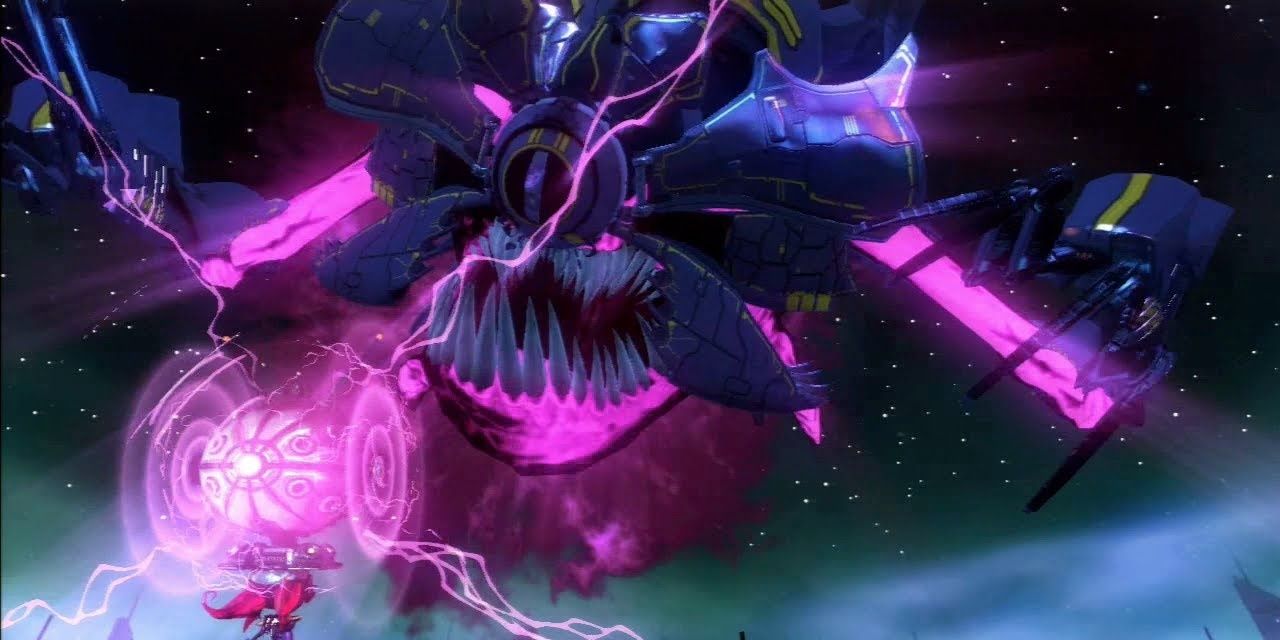 Into the Nexus’ Mr. Eye is the leader of the Nether species and invades Ratchet’s reality with his Nether army. His final fight is one of the most entertaining in the series, and the foreboding overtones seen throughout the plot of Into the Nexus are largely down to this mysteriously powerful entity.

His abilities include firing powerful lasers, and psychokinetic strength, all of which make him a difficult antagonist for Ratchet and company to defeat. He is ultimately defeated by his former co-antagonist Vendra Prog, who alongside Ratchet & Clank sends him back into the Nether Dimension. 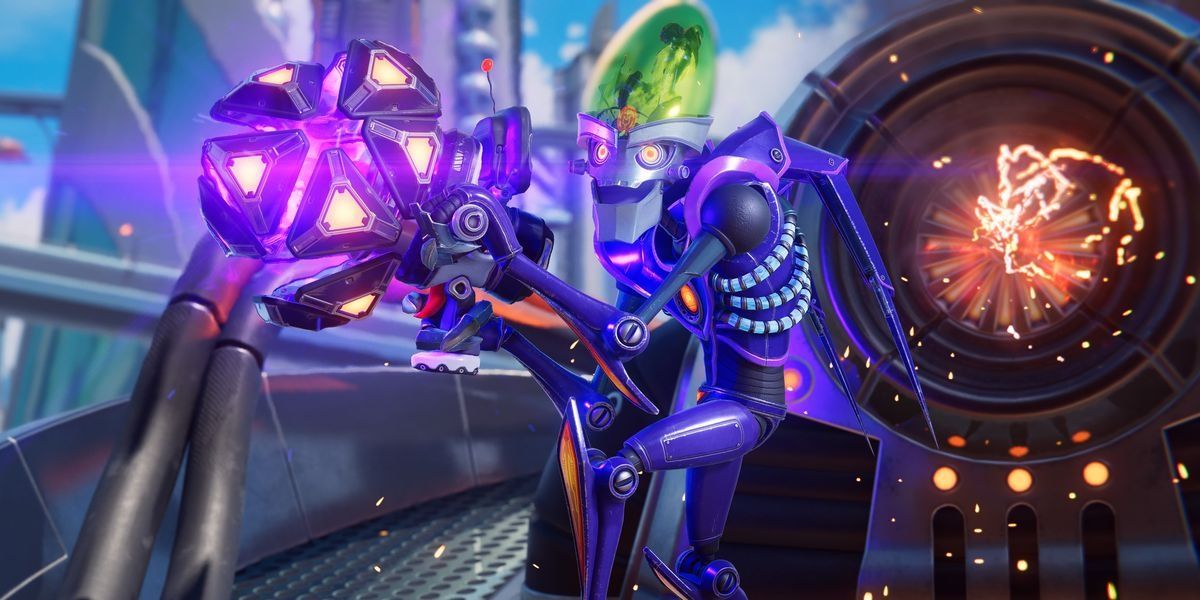 Dr. Nefarious has one goal, destroy all non-robotic life in the universe. The series’ most commonly seen villain, the doctor is also the funniest and most determined, with his ability to keep bouncing back despite repeated defeats.

He’s starred as the main villain in both Up Your Arsenal, A Crack in Time, and the 2016 remake of the first game, with further appearances in All 4 One and Rift Apart. Nefarious’s final fights are some of the best in the series, and the majority of fans hold the robot scientist fondly in their hearts. 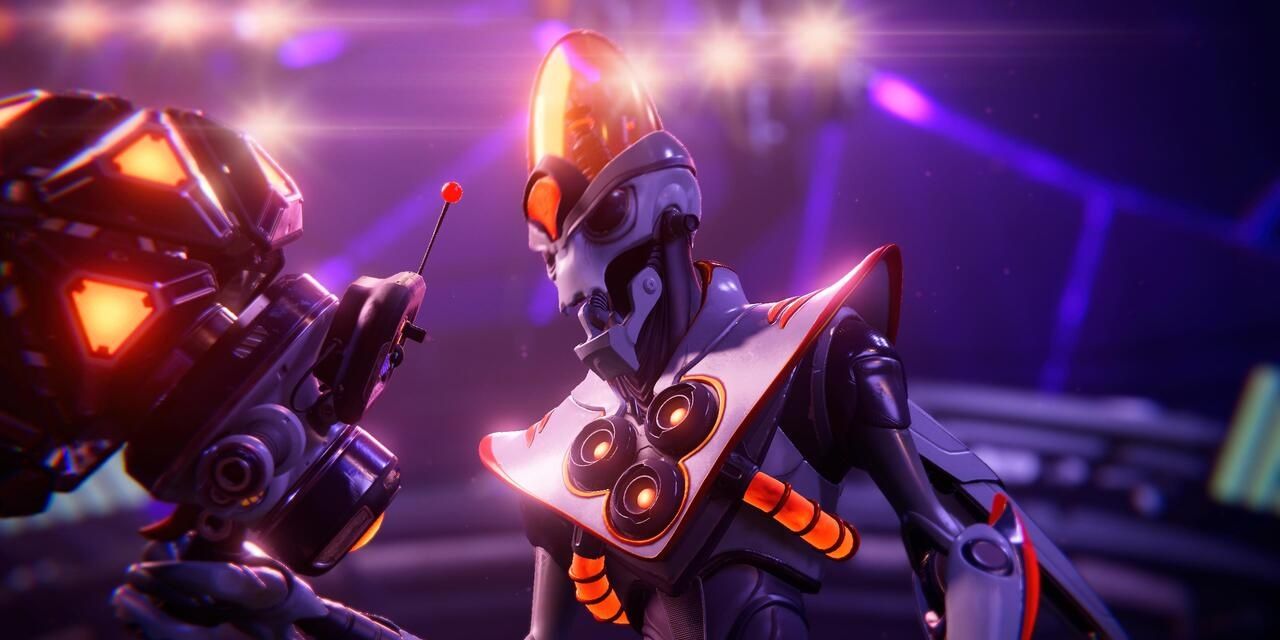 Emperor Nefarious managed to achieve something the doctor never could, complete control of his entire dimension. In Rift Apart he even sets his goals higher, claiming he will soon conquer all dimensions in the universe, that is until Ratchet and Rivet manage to stop him.

His army is a constant and very competent threat, and his final boss fight is the most ambitious in the series, and arguably one of its best, pitting the two protagonists against a giant mech version of himself, punching holes through the dimensions to defeat Ratchet and Rivet once and for all.

Related posts:
06/16/2021 News Comments Off on Ratchet & Clank: Every Villain, Ranked
Hot News
Dell exec: Not all workloads are heading to the cloud
We’re Overdue For A Great Masters Of The Universe Game
The VR Drop: A Breezey RPG Summer
augmentin de 1 gr
afraid of gaining weight on paxil
Recent Posts