Though you might think pigeons would flock to areas of the American West in droves, they are a far more elusive brand of wildlife in Red Dead Redemption 2. Killing pigeons doesn’t get you much except for a few feathers and gamey bird meat. Still, knowing where to hunt them out in a pinch could be useful, especially when they pop as a daily task in Red Dead Online.

There are two breeds of pigeons, the Band-tail and the Rock Pigeon. The Band-tailed Pigeon is found exclusively in West Elizabeth, while Rock Pigeons are more widespread throughout New Hanover and Lemoyne and come in a couple of various colors. “Widespread” is a relative term, of course. On the whole, pigeons can be found in only a few locations across the entire American West. So to give you the best chances, we’ve thrown together this tracking guide to pinpoint the best pigeon locations in RDR2 and RDO. 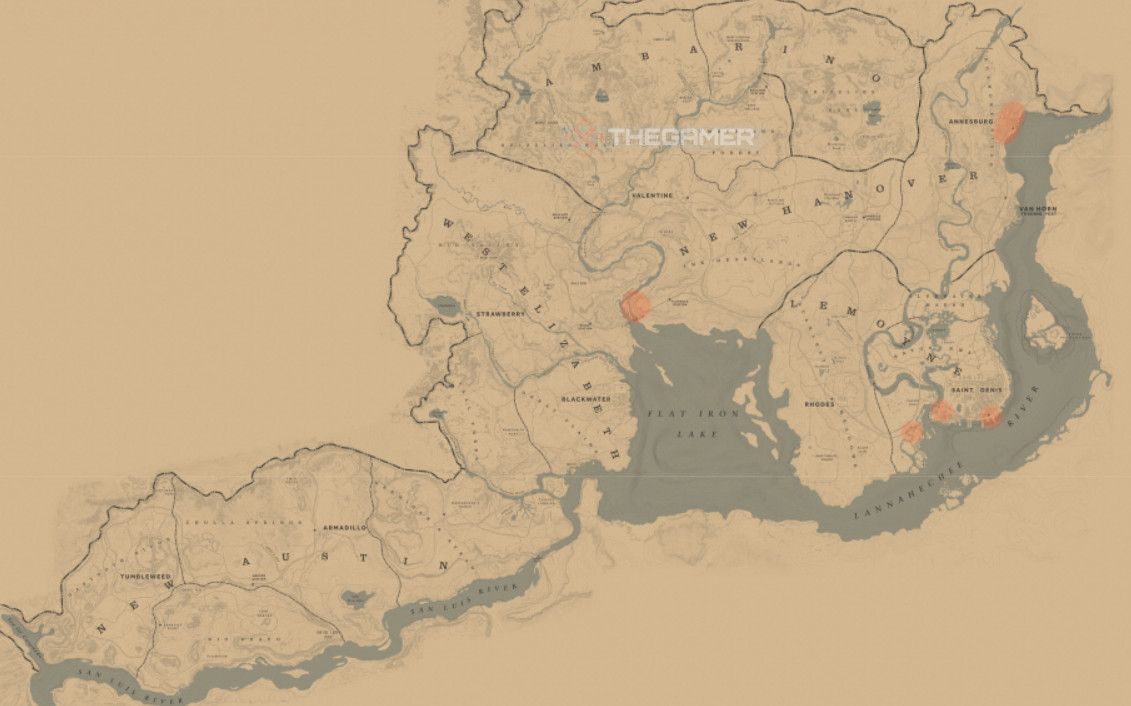 While the compendium states that Band-tailed pigeons can be found in the forested regions of West Elizabeth, we’ve not been able to confirm any reoccurring habitats. Your best bet would be to head over to Bard’s Crossing bridging the Dakota River between West Elizabeth and New Hanover.

The pigeon population grows even more scarce in Lemoyne.