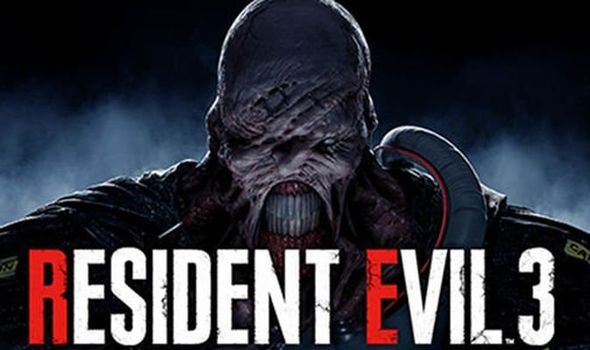 Capcom has confirmed its plans to launch a new Resident Evil 3 Remake demo before the full game hits shelves in April. More details about the exciting project have been shared this week, with the final product coming to PS4, Xbox One and PC on April 3, 2020. A lot of titles planned for early 2020 have been delayed until later in the year, which will no doubt help Resident Evil 3 Remake sales.

And now we’ve found out that the new Resident Evil 3 demo is being launched as part of the build up to the final release.

A new message from Capcom confirms: “It was written in the STARS. A Resident Evil 3 Demo is on the way. We’ll have more details in the near future.”

Following the success of the Resi 2 Remake demo back in 2019, it was expected that something similar would be tried for Nemesis.

The big difference between the two titles is that Resi 3 will also have an online mode, called Resistance.

And it will be interesting to see if Capcom decides to offer a little run-through of that mode as well.

While there is plenty of hype surrounding the new demo release, we don’t know when it might arrive.

Capcom has only shared the news that they will be launching a trial version of Resident Evil 3 Remake, before it hits shelves on April 3.

But based on how things were done last year, we can make a prediction for when the new demo arrives.

Capcom provided a two-week period for fans to play the One-Shot Resident Evil 3 Remake demo back in January 2019.

And if the famous developer decides to follow the same winning formula in 2020, we could see the new Resident Evil 3 demo arrive on Friday, March 20, 2020.

It should be noted that this is just a prediction and we will have to wait and see what Capcom has planned in the coming weeks.

There’s no doubt that Resi fans will be hoping to start testing the latest nightmare set in Racoon City much sooner than that.

As mentioned above, Capcom may treat this new demo release differently based on how they will also be launching a multiplayer mode with Resi 3.

It has more in common with titles like Dead by Daylight and has received good preview feedback since it was first revealed.

Capcom has also been sharing more about the main enemy of the new revamped Resident Evil 3 Remake, with details listed below about the return of Nemesis:

“Long-time fans of the original game need no introduction to what Nemesis is, but those of you who took your first trip to Raccoon City with last year’s Resident Evil 2 may be more familiar with the bioweapon that Nemesis is based off of: Tyrant, otherwise known as Mr. X. While Tyrant was sent in by the Umbrella Corporation to eradicate any survivors left in Raccoon City, Nemesis serves a more focused role. Its singular mission is to eliminate any members of the dwindling S.T.A.R.S. team still in the city, and that includes Jill Valentine.

“Unlike the Tyrant series and its knack for punching people, Nemesis has some combat enhancements that set it apart, making it a far more deadly foe as a result. Higher intelligence and the ability to use weapons combine to form a monster that can make its own decisions on how to approach any mission – and what weapons it will use to achieve those goals. As if that wasn’t bad enough for Jill, Nemesis also has incredible healing capabilities, making defeating it virtually impossible. No matter how many times you take Nemesis down, it gets right back up with a tentacle ready to strike.

“Oh yeah. Did we mention the tentacles? Nemesis can send out these slimy appendages to strike targets from a distance, or to grab something to pull back towards it – say, a member of S.T.A.R.S. trying to escape its deadly grasp. However you decide to approach (or run from) this unrelenting creature, you’ll have to act fast if you want to survive.”