From your fun time exploring Castle Dimitrescu in Resident Evil 8 Village, you’ll have noticed different treasure locations within the castle. Other treasure locations will unlock and be shown on your village map once you escape the castle and speak with The Duke. Treasure typically has multiple enemies guarding it and is a valuable item that can be sold to the merchant for a lot.

One of these village treasures is in the large Beneviento grave. After escaping Castle Dimitrescu, your next target is Donna Beneviento and Angie, the creepy talking doll. On your way to their location you’ll have walked passed a large memorial site with a grave that has an interact option on the name slab. Half of the name slab is missing and there is treasure inside the grave. The only way to find the missing piece is to first complete the Beneviento section and then head back to the village.

Go Back To The Village 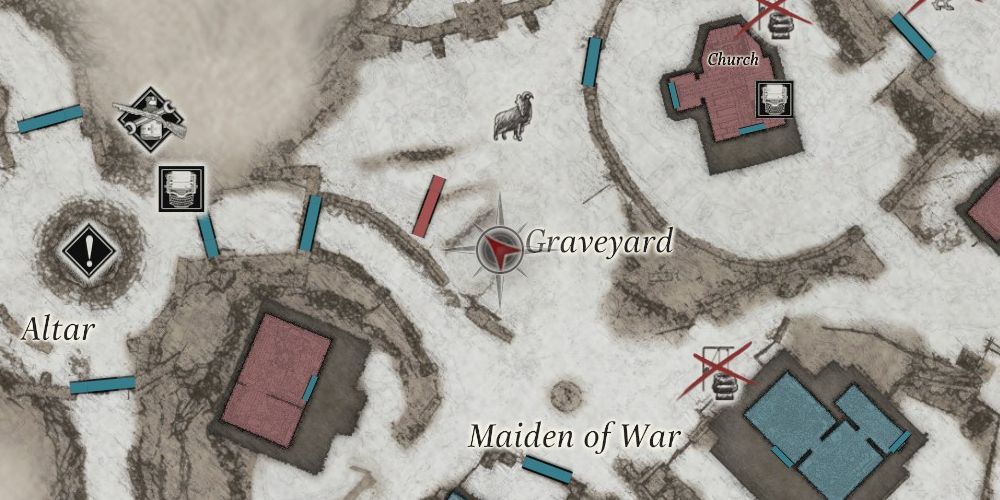 When you first return to the village after Castle Dimitrescu, you might have noticed a locked gate in the main graveyard. The locked gate can be seen as a red line in the photo above. Behind it, you’ll notice something you can pick up. There is no key to this gate. Instead, it will magically open during a certain time frame. This time frame is immediately after you defeat Donna Beneviento and no later or earlier. Once you leave House Beneviento, go back to this location and it should be open. Inside will be part of the missing slab for the grave.

If you continue to Moreau before checking the graveyard, the gate will stay closed. 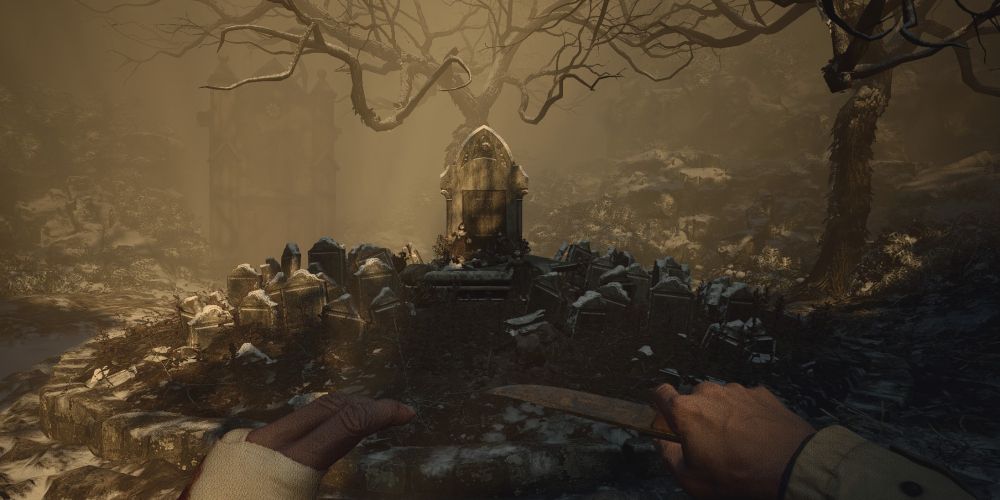 Now that you have the key piece to unlocking the Beneviento treasure, you have to make your way back to the grave site on her side of the map. This is where things get tricky. The game won’t just hand you valuable treasure on a silver platter. When you arrive, there will be a mini boss. A giant with a large weapon ready to strike at you. Smaller enemies will also spawn here. It takes a lot of firepower to take him down, but after that you can put the slab onto the grave, revealing the name Claudia Beneviento.

The monster will not follow you out of this area, so the small steps behind you are somewhat safe to camp. 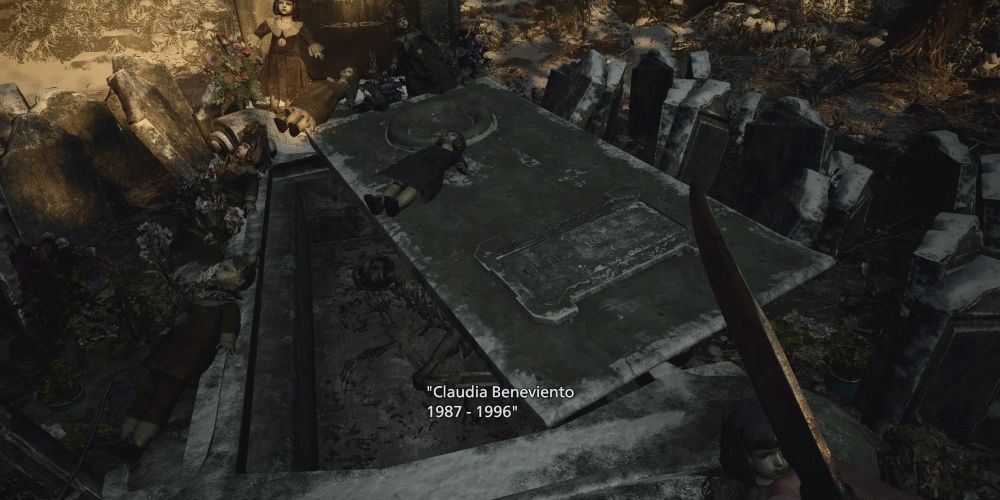 The hidden treasure is Berengario’s Chalice. This item sells for 18, 000 Lei at The Duke’s Emporium. Depending on how much ammo and firepower you used to take down this mini boss, the selling price may or may not be worth it in the end.

No one is sure who Claudia Beneviento is, but fans speculate it was Donna’s daughter or sister. All that is known, from notes found in the House Beneviento area, is that Donna is the orphan of a doll maker and was welcomed with open arms by Mother Miranda. Instead of becoming a strong killer, Donna stuck to playing with dolls as her way of communicating and coping.